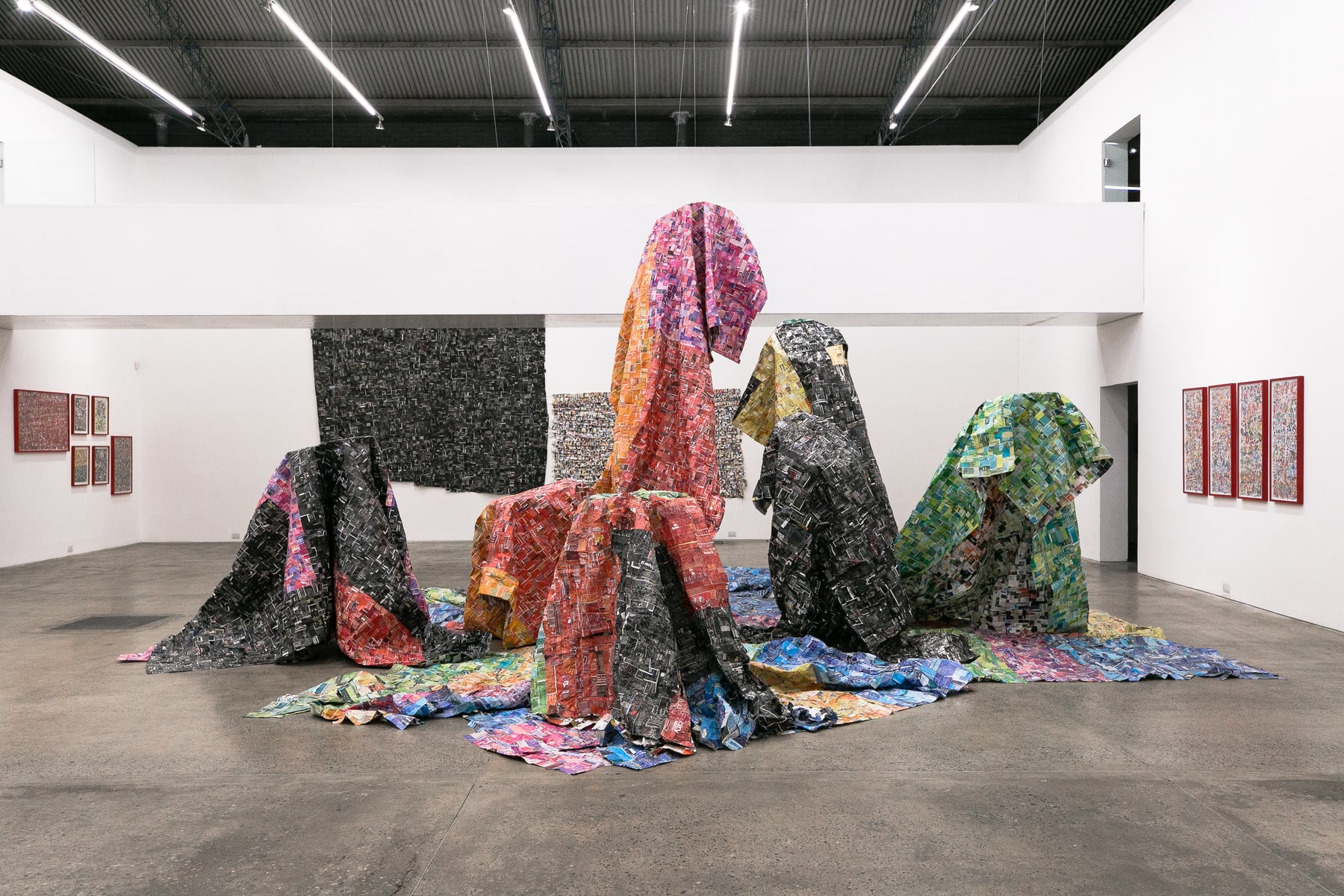 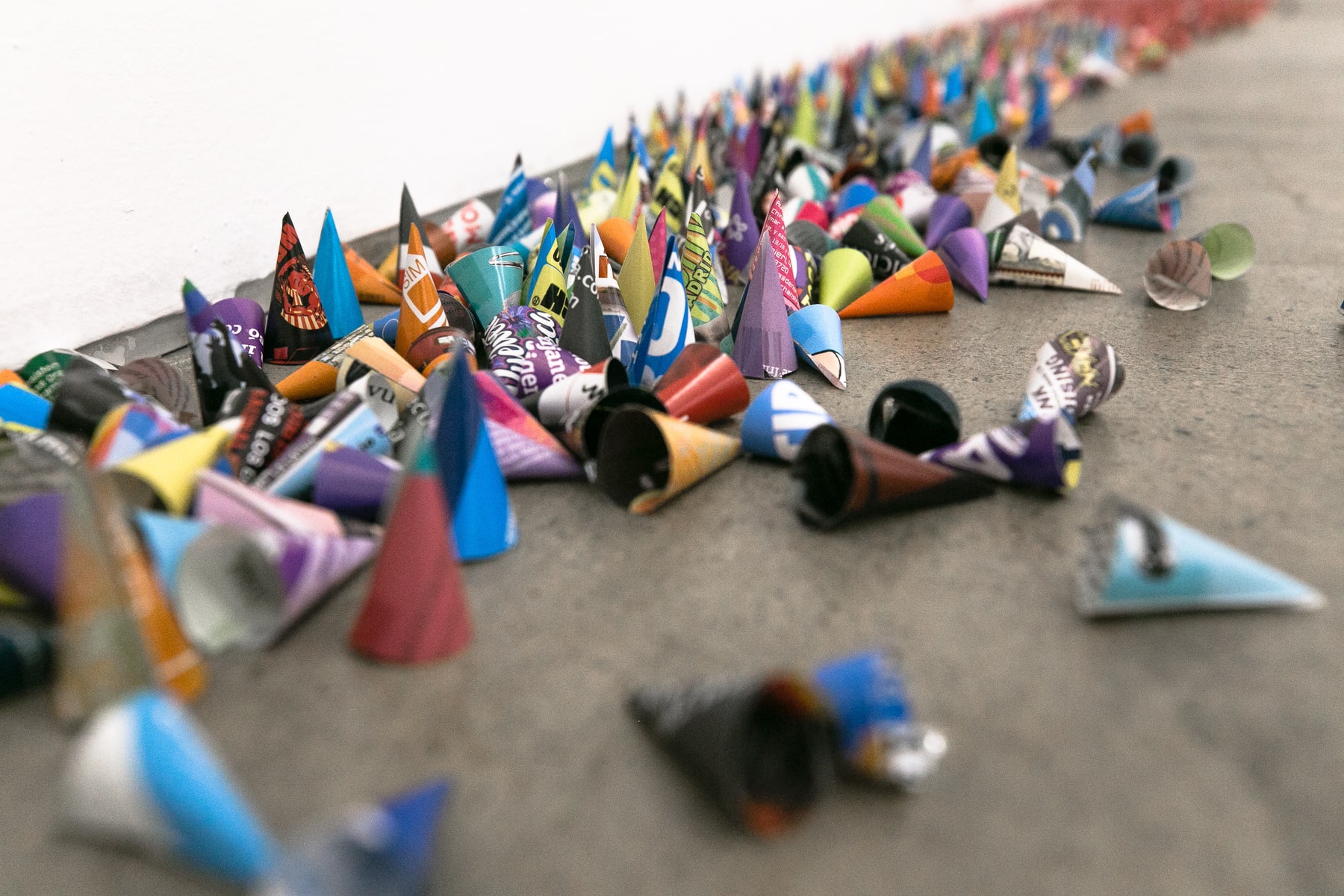 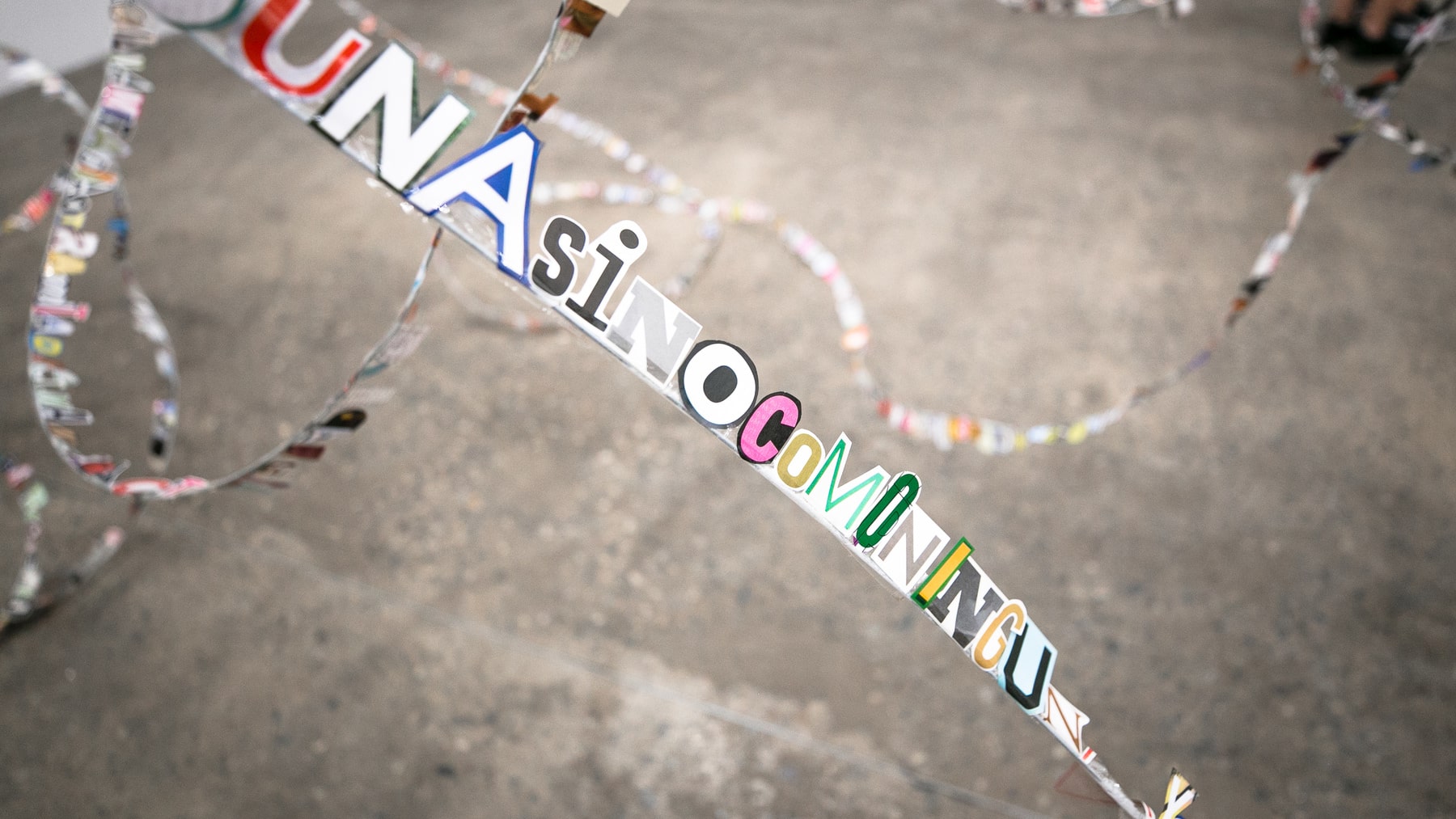 For the French Symbolists, the world was a mystery to be deciphered, in which every sensitive object was involved in hidden relations. These ideas were taken from the theory developed by Baudelaire, who stated that among sounds, colors, smells, and sensations there were connections called correspondences, which could only be glimpsed by the poet. Rimbaud’s poem Vowels, published in 1883, is a good example, since the author establishes a specific color for each vowel.

The symbol allows us, by going through it, to introduce ourselves in a second meaning. One which does not cease to exist because of its hiddenness. But we must not confuse symbolism with heraldry or with any system of symbols in which meanings are established beforehand.

This is about something much more subtle and mysterious. Closer to esotericism than to an exact science, the system of relations displayed by Dani Umpi in his works fuses and transform the popular, into the singular. Through the dismantling of mass-distributed magazines, he introduces us into a new code, versatile in its shape and cryptic in its reading. Color works as a possible guide to go through this universe in which texts invade the visual and images invade the sonorous. Umpi can be placed in a genealogy of alchemist artists, such as Liliana Maresca or Víctor Grippo. An alchemist of language: Rumore chimico. Magic formula.

One of Donna’s Haraway most important theoretical contributions at the beginning of the nineties had to do with a critical perspective on knowledge and objects of study. Haraway claims that no knowledge is detached from its context nor from the subjectivity of that who delivers it. That is to say, knowledge will always be partial and situated. This critical concept of situated knowledge —or production— is useful to think about the queer category in relation to our Latin-American context without giving out to colonial operations or shallow readings. Understanding queer as everything escaping the normativizing heterosexual culture, the operation made by the LGTB Q+ collective on the “queer” insult, turning the slur into a political banner, when translated to our context, it loses something important: the oral dimension. The deterritorialization of this word, insurgent in its origin, hollows out the sound potentiality imbued in its orality, thus also draining it of its political content.

In this sense, Dani Umpi’s work resonates in our context, assuming the task of recovering that lost political potentiality. It’s necessary to locate his work in a specific place: the territory of Río de la Plata. The same place where several decades before Néstor Perlongher developed a style named “Neobarroso”. According to him, this fuses the Barocco style with the barro [mud] from Río de La Plata. This constellation laid out by Perlongher was able to conglomerate certain minor literatures which put to flight the literary canonic forms of the ‘80s. One of its great exponents was Manuel Puig, who vindicated the oral register. His second novel, Boquitas pintadas (1969) [Heartbreak Tango] is built as a discursive puzzle, where he experiments with different places of enunciation: direct dialogues between the characters, phone dialogues and monologues get intertwined with police, journalistic and religious discourses. The poetic function of language gives place to a language that refers to daily instances and a use that responds to the so-called popular culture. Dani Umpi’s collages seem to be accompanying Puig in this direction. Both feed upon the register of gossip. If we can go through the first chromatic reading of their collages, we find that the letters stuck in an obsessive fashion have a co-relation and make up legible and real conversations.

Towards the end of the ‘60s, when Puig published Boquitas Pintadas in Argentina, in Brazil Hélio Oiticica started to get involved with favelas in Mangueira, and participated in the local samba school and established many friendships. This experience had a great impact on his production, expanding his research on color and becoming interested in the intersection between art and life. This led him to produce his most radical and well-known artwork: Parangolés. With cheap, synthetic fabrics, plastics and ropes he creates a series of layers to be used and activated by the human body through dance. Words also had a main role in this work. Poetic and political messages were introduced by Oiticica in these layers as a way to resist the military dictatorship that Brazil underwent from 1964.

The pieces from this exhibition also inherited this tradition and assume all of its strength. Dani Umpi distorts genres and disciplines, asserting the importance of color and movement.  The queer experience in local terms has to do with a positioning and a way of doing.  A vindication of certain identities that escape the traditional. What is interesting in Umpi’s art is that he works with local archetypes but doesn’t completely falls into any category. His work oscillates between the figure of she-monsters, elves, fags, the queer, the clown. Pink at times, dark at times, tropical at times, but always in expansion.

—Text and curatorship by Rodrigo Barcos

A black, E white, I red, U green, O blue: vowels
Someday I’ll talk about your secret birth-cries,
A, black velvet jacket of brilliant flies
That buzz around the stenches of the cruel,
Gulfs of shadow: E, candour of mists, of tents,
Lances of proud glaciers, white kings, shivers of parsley:
I, purples, bloody salivas, smiles of the lonely
With lips of anger or drunk with penitence:
U, waves, divine shudders of viridian seas,
Peace of pastures, cattle-filled, peace of furrows
Formed on broad studious brows by alchemy:
O, supreme Clarion, full of strange stridencies,
Silences crossed by worlds and by Angels:
O, the Omega, violet ray of her Eyes!