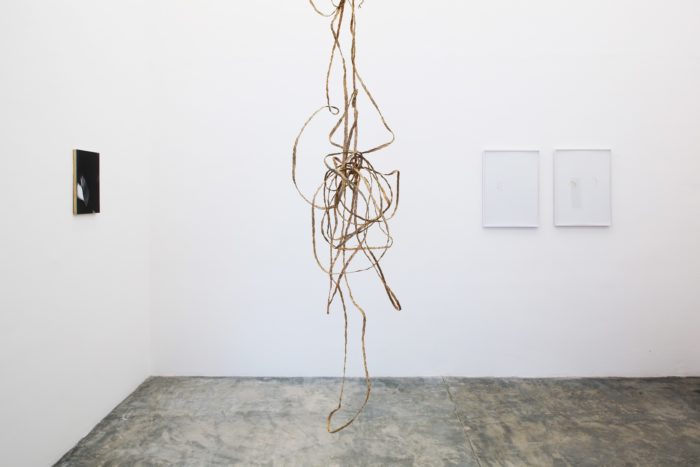 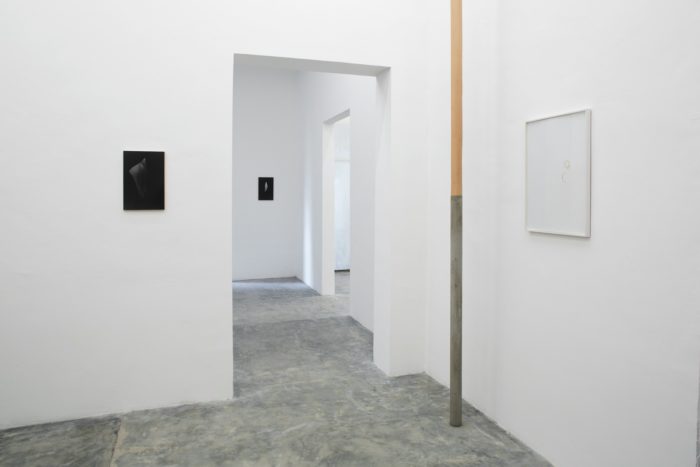 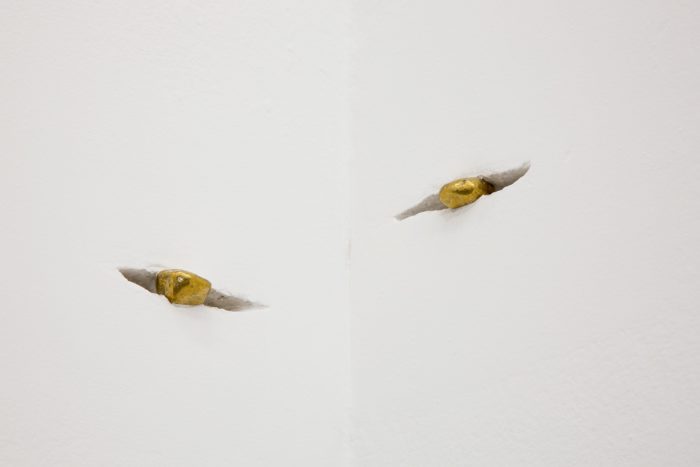 It was 1979 when anthropologist Walter F. Morris Jr. published A catalog of textiles and folkart of Chiapas, an extensive inventory of three fabric collections, patterns and other regional objects. In this self-edited volume black&white, almost abstract images, which reduce the cataloged artifacts to a series of contrasting planes, appear along with greatly detailed descriptive texts.

Few Augusts ago,on a cloudy day, a copy of the book fell into the hands of Rometti Costales, who could not keep from intervening in some way. Through dissembling, quartering, and reordering the content, they edit images and modify descriptions, overshadowing the language and bringing it closer to veiled photographs. The result is the facsimile Blue has run*, a weird compendium of image and word, which converts into a ready to act contraption.

From this facsimile emerges an ensemble of loose phrases without ostensible meaning, which are the raw material of this project. These are subtractions of subtractions, words losing their original function and not describing the world anymore. Now they are free to do what they want.

And under certain circumstances, as J. L. Austin** stated, they are capable to create reality, to act beyond the language. Thus, the performative elocution arises. These eighty phrases are hence a starting point, a preamble. It’s on the edge, a spell of initiation , revealing a previously inexistent reality—or that which we were not able to see—. Out of each one’s autonomy emerges a new oeuvre, which, beyond illustrating the words, gives shape to works. The signs together with other components constitute the material part of each work. They form a bridge between the palpable and the impalpable. Movements, forms and trajectories; bronze, wax, cement, and palm. If usually the title of an artwork comes into existence after the artwork itself—describes, complements, plays around—, here the phrases are titles of something that potentially exists, and at the same time are integral part of that something.

Bronze gazes and concrete bites observe us from the walls; crimped palm leaf lovers lie down on the floor; traces of frozen gold trajectories engraved on paper; columns of wax and concrete support the firmament; signs scraped over desert varnish observe us while we observe them. In the same way as the words eliminate themselves provoking the rise of the void on a page, matter is handled through a collage, performing incisions, subtractions, and juxtapositions of elements of diverse nature. The works emerge from incantation and reunite in space shaping an aleatory stage. Its origin as a descriptive language in anthropological context, as an attempt to collect and explain a piece of the world, makes way for the uncertain, sliding doubt from possibility—and necessity—to order and understand everything around us. In this way these craft objects from Chiapas establish relations with other ones, which are materialising themselves now, drawing an extraneous meditative space between them, and allowing words, materials, gestures or time shape the unknown.

* Blue has Run is an modified facsimile of A catalog of textiles and folkart of Chiapas, which originally was printed in 100 copies, most of were lost or dispersed through various specialized libraries. The catalogue lists elements from three collections of patterns from south Mexico, created with help of Walter F. Morris in the middle sixties. The DIY quality and meticulously precise descriptions take the content of the catalogue to areas closer to poetry, moving it away from its original purpose. The publication followed the exhibition Azul Jacinto Marino at Center of Contemporary Art Synagogue of Delme.