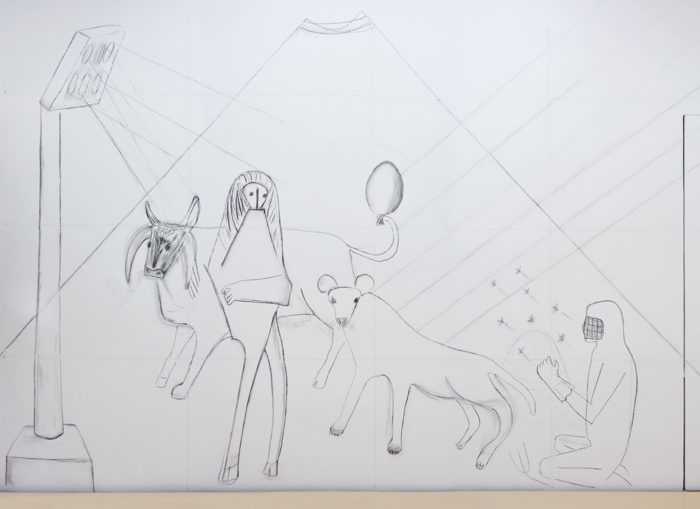 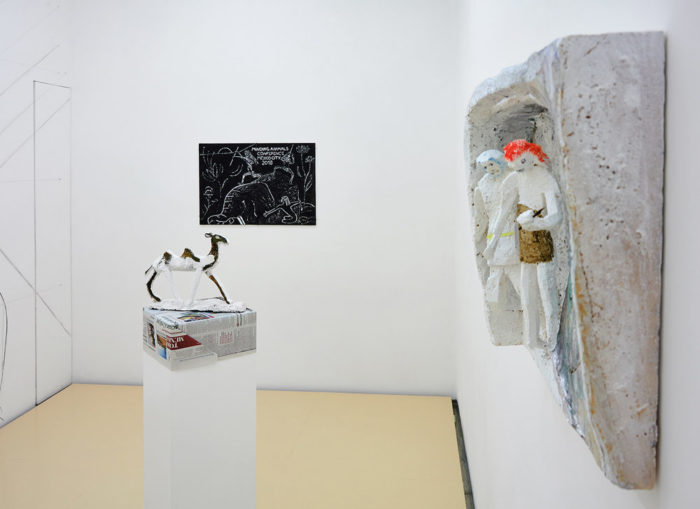 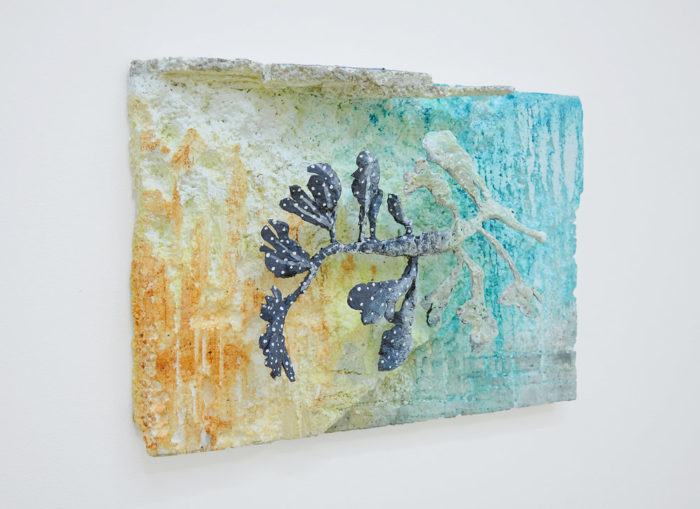 Lin May Saeed makes sculptures, sculptural reliefs, drawings, works on paper and video. Known to use non-traditional materials, such as and especially styrofoam, Saeed’s work is directly linked to and thematically informed by her interest in animals and her commitment to animal activism. Her work deals with the exploitation of animals, their depiction, liberation, and potentially harmonious relationship with human beings, and the self-seeking meanness of the latter. Saeed’s iconographic frame of reference is rich and varied. It includes Egyptian statuary, Greco-Roman sculpture, and scientific and natural history museum displays, among other things. She is a sculptor in the truest sense of the term. By which is meant that her work critically interrogates what a sculpture can be, both materially and conceptually, and how it relates to three-dimensional representations of orders of knowledge. Generally eschewing noble materials, such as marble and wood, she is drawn to styrofoam precisely because it is an essentially ugly and difficult material, which she seeks to aesthetically redeem, despite and because of its essentially ruinous use of and impact upon nature. Generally speaking, the work becomes especially relevant in our post-enlightenment, anthropocene paradigm, where the relationship between the so-called natural world and humanity is being radically re-evaluated. Apparently naïve and enchanting, her colorful representations of animal life are nevertheless suffused with a scientific understanding of her subject and aim for an identifiable likeness. Hers is a sculpture in which there is virtually no gap between her political convictions and the formal and conceptual considerations of her medium.