Culture "for Everyone"? About a Collectivity in Crisis

Focusing on the reopening of cultural institutions in Monterrey in the aftermath of a months-long confinement, Abril Zales calles to reevaluate commonplace conceptions of community resilience. 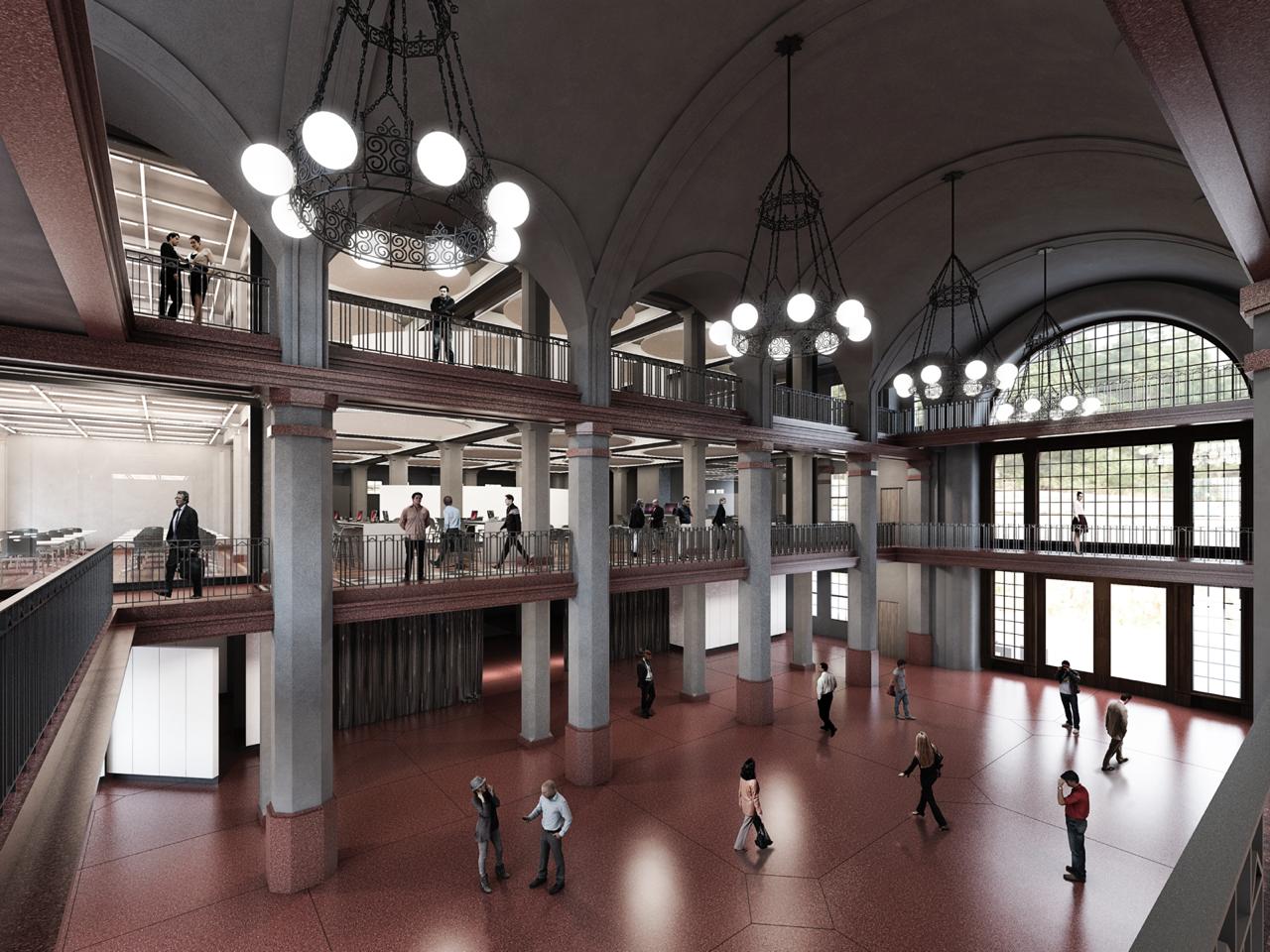 The reopening of cultural spaces in Mexico after six months of lockdown is taking place within a context of uncertainty: budget cuts outlined since 2018 by the 4T for the Secretary of Culture, the sheer amount and informality of contracts under Chapter 3000 that still remain in precarious laboral conditions, and the uncertainty surrounding funding corresponding to trusts such as the National Fund for Culture and the Arts (FONCA, for its acronyms in the original Spanish) are just a small sample of issues pertaining to said context. In addition, as a gesture of indifference to the current economic crisis emerging from the pandemic, according to the 2021 PEF, 25% of the national budget corresponding to the cultural sector is to be dedicated to the Chapultepec Forest megaproject, an unnecessary expense that, in this context, signifies an 11.58% reduction for the rest of the programs and cultural institutions in the public sector. The typical systemic instability of past administrations.

As a result, in order to remain relevant and to underscore their sociocultural importance, both public and private museums resort to the overproduction of digital content drawn from their archive, live lectures through social media, and virtual tours. Some have even begun to welcome visitors back into their galleries, adhering to physical distancing protocols that will impact their future budgets.

In the state of Nuevo León, for example, public cultural spaces reopened only until the first week of October, even after the state government authorized their reopening on September fifth. On the other hand, MARCO, the city’s most emblematic private art museum, reopened on September 19th after a crowdfunding campaign hashtagged #SOSMarco arose with an evident sense of urgency in the face of the pandemic. On the one hand, the museum’s indefinite closure meant a reduction in one-third of its total income that was once generated through the rental of spaces, ticket sales, gift-shop purchases, and restaurant consumption; on the other hand, the museum faced a high level of uncertainty regarding the reduction of support that they received from the private sector. In the face of the latter, the following question comes back up again: what is the responsibility of the private sector within the ecosystem of arts and culture and in the development of unsustainable infrastructures?

During the end of 2018, seeking to generate a sense of relevancy, community, and inclusion, MARCO began its campaign “The museum for everyone;” in actuality, as a consequence of its privatization and the encroachment of corporate interests, the museum has found itself isolated from its surroundings, not only in terms of local artistic production, but also in regards to Monterrey’s general sociocultural and political scene. In MARCO we see an institution oblivious to social issues, unwilling to take a stance beyond the exhibitions that happen inside its galleries. For years it has been rumored that the museum functions with less and less funding; despite this, it has continued to put on high-budget exhibitions of artists such as Ai WeiWei, Rafael Lozano-Hemmer, and Cardiff & Miller. It was at the beginning of the pandemic where both campaigns came together to ask all of us to save MARCO. 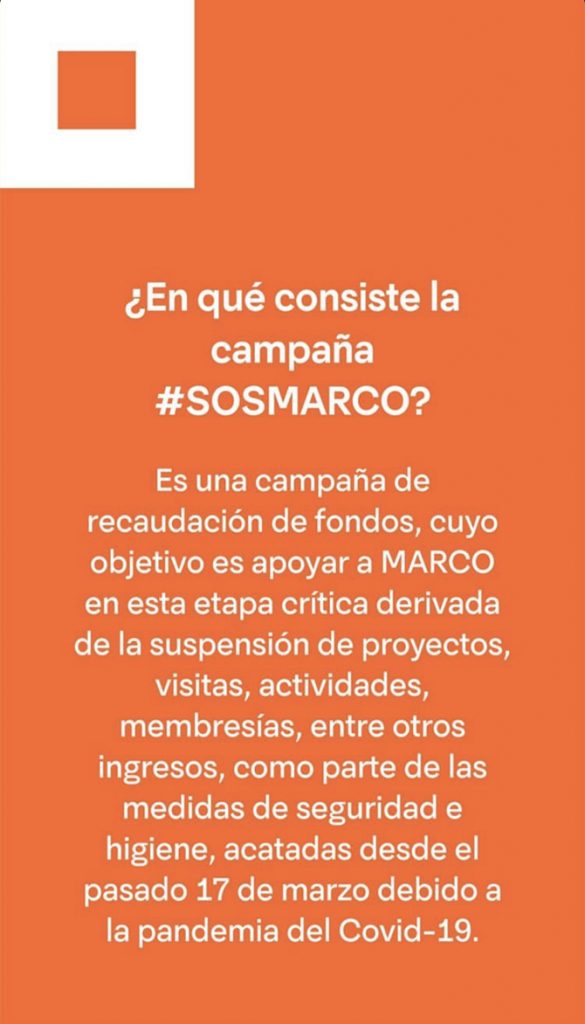 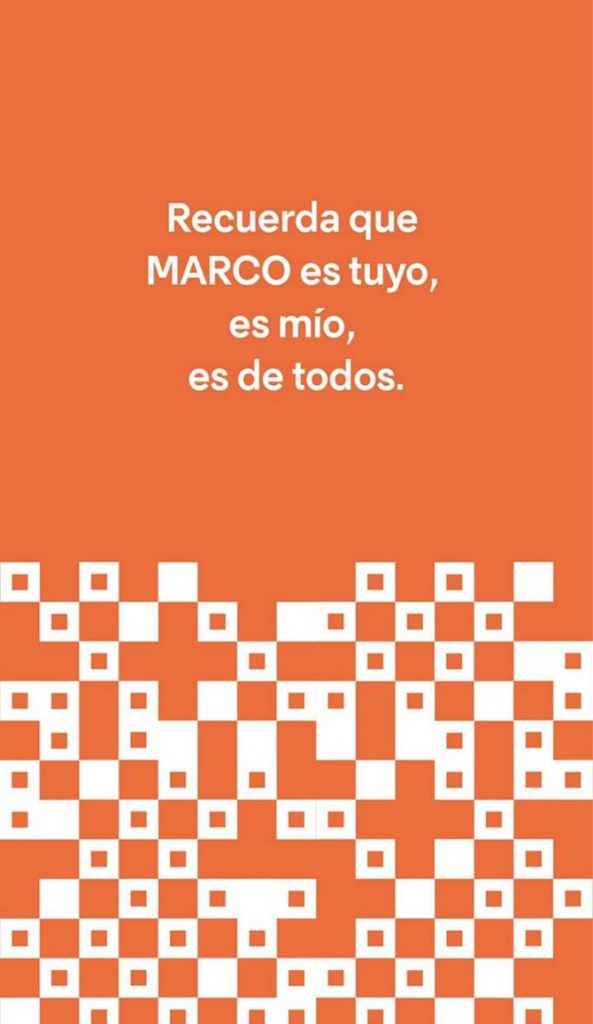 In the public sphere, the Counsel for the Arts and Culture of Nuevo León (CONARTE, for its initials in Spanish) announced the development of the  Citizen’s Cultural Lab (LABNL), “the first space in the state dedicated to fomenting youth’s creativity and innovation to generate collaborative projects under three pillars: Creativity, Collaboration, and Social Impact.” One of their inaugurative projects was the restoration of a 1930’s building that was once the site of the CONARTE offices and, before then, the State Capitol. In 2015, with the arrival of a government independent of Mexico’s two-party system, they moved CONARTE’s offices to the inside of Fundidora Park. Since then, the building has remained abandoned.

Currently—and for all of October 2020—the restoration/renovation of the space operates twenty four hours a day, seven days a week: something that the public administration touts as a major feat, a publicity stunt for the upcoming state elections, where, in less than a year, residents will elect their Governor. In their media, LABNL refers to itself as a space for artists, urban developers, architects, and anthropologists who seek to develop projects of “social entrepreneurship,” and will help develop a city “for everyone.” In August of 2019, the project was unveiled with a starting budget of 75 million pesos, and in July of 2020, the budget was increased to 108 million pesos.

CONARTE has a very particular organizational structure and one of its strengths lays in involving all cultural sectors (visual arts, music, literature, film, photography, theatre, and dance) in budgeting decisions and allocations. Every two years, two representatives of each sector is elected by their community to join the administration in the development of certain programs and to communicate each sector’s concerns and needs to the president or other members of the Counsel.  This has been long-standing practice; and while it could benefit from improvement, it nonetheless has been able to bring to a head successful projects and benefits for members.

Talking about “cultural access for everyone” is all well and good from a theoretical distance. We celebrate the effort to increase the visibility of other social causes, initiatives, and demands (in terms of gender issues, amongst others); we praise interdisciplinarity. But one must examine closely the public and private sphere’s use of the phrase “for everyone.” Who is everyone? To think of the collective as a homogenous mass does nothing more than to evidence the limited notion upon which this is implied. Under what circumstances do public or private institutions decide to appeal to inclusion and community to varnish their programs? 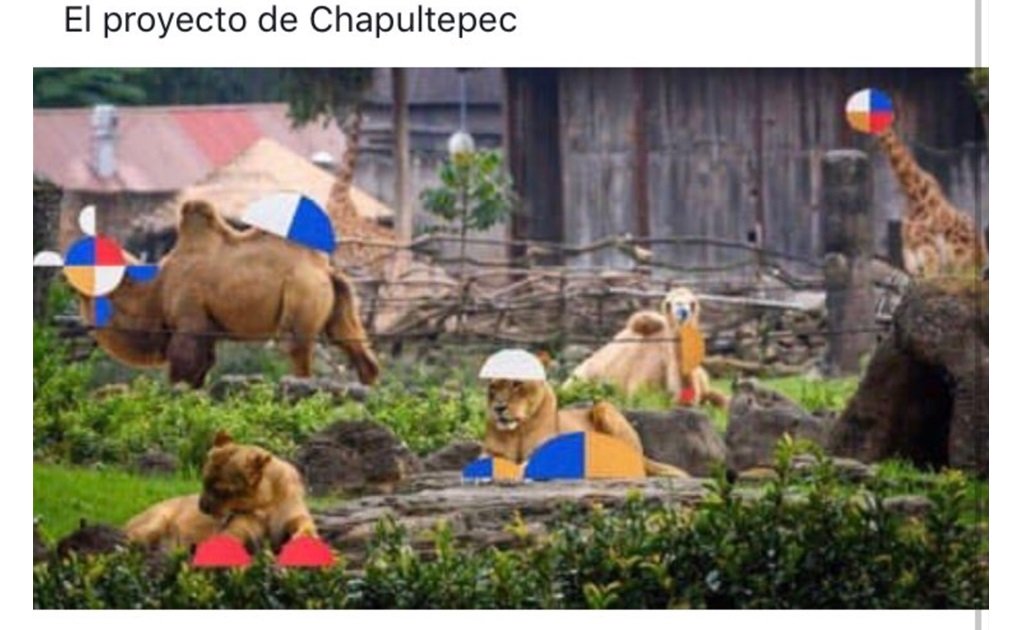 It becomes impossible not to think of the project Bosque de Chapultepec: Naturaleza y Cultura [Chapultepec Forest: Nature and Culture] and the federal government’s contemporary discourse, which calls upon the cessation of supporting pretentious artists in favor of culture becoming, once again, for everyone. Independent, communitary, and even anarchist initiatives have, in fact, undertaken collectivist practices for years. How to assimilate the abrupt need of “collectivity” to justify cultural politics, saving an institution (whether public or private), or an investment that promises to be inclusive? How did we get to community resilience becoming a lifeboat that justifies projects with those budgets? What is, then, the ethical commitment to work with a community and listen to it; one that goes beyond opening the window of opportunity for projects and in so doing promotes resilience in the face of crisis? Many times, this rhetoric seems to serve a propagandistic political agenda, under the guise of a supposedly democratic dialogue.

To continue homogenizing communities under the pretense of diversity and inclusion, or to appeal to the collective as a lifeguard, even feeding the polarity of public versus private with disregard to the spectrum that exists between the two and their existing possibilities for connection, separates us from this crisis and replicates systems and structures that will keep us under the decrepit dynamics we know. Is this context, then, actually an opportunity to shift paradigms in terms of cultural production and politics?