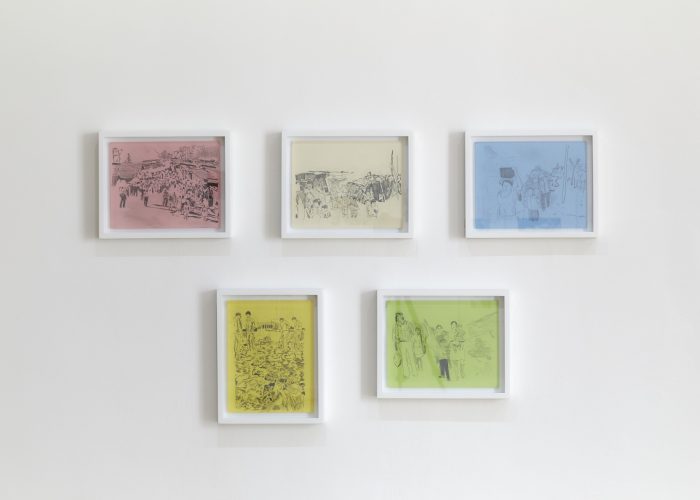 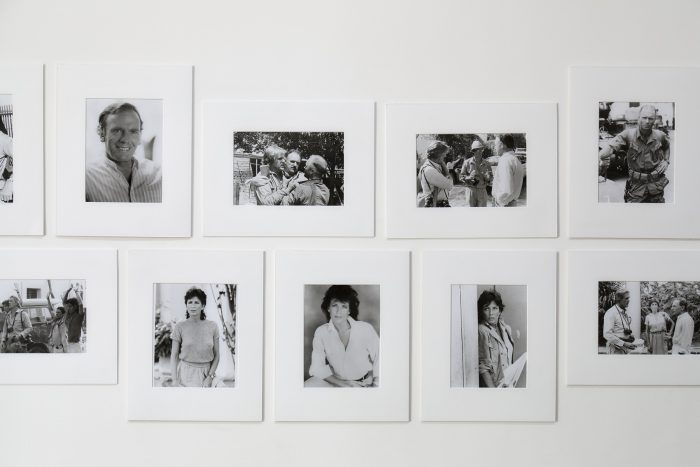 It is comparatively easy to set up a basic model for epic theatre. For practical experiments, I usually picked as my example of completely simple, ‘natural’ epic theatre an incident such as can be seen at any street corner: an eyewitness demonstrating to a collection of people how a traffic accident took place. The bystanders may not have observed what happened, or they may simply not agree with him, may ‘see things a different way’; the point is that the demonstrator acts the behaviour of driver or victim or both in such a way that the bystanders are able to form an opinion about the accident.

As one of the selected projects of our second open-call for curatorial projects, Terremoto’s La Postal presents Metteur-en-scène, a project by the artist Gonzalo Reyes and organized by Jared Quinton, about the powers of the false, photographic image, American interventionism in Latin America and its connections with current crises.

The works in this exhibition take as their point of departure the Hollywood film Under Fire (1983), whose plot follows fictionalized American journalists covering the Sandinista uprising against the CIA-backed Somoza regime in 1979. Rather than explicitly mining its densely layered subject matter, Reyes uses the film as a discursive frame within which to consider the ethics of photography and its dialectical contradictions, engaging an expanded field of photography in which viewers must question all inherited histories and the hegemonic visual logics that package them for our consumption. The works in the exhibition gesture outward from their specific contents and contexts, demanding a problematic, paradoxical engagement from us that “activates” (for lack of a better word) each image, either present or implied, in the current moment. With this temporal destabilization, we are encouraged to draw connections between the interventionist histories invoked by Reyes’ works and the current exodus of refugees from Central America, seeking asylum in the very country whose culpability in their situation is evidenced by the very documents Reyes re-presents for our analysis.

Gonzalo Reyes works with photography and video to examine the slippage in time created by images. Recent exhibitions include The Nerman Museum for Contemporary Art, St Louis; North Miami Museum of Contemporary Art, Miami; Roots & Culture, Chicago; Bemis Center for Contemporary Art, Omaha. Solo exhibitions include Terremoto – La Postal, Mexico City; and the Windor Contemporaneo in Madrid. He has participated in the Program for Advanced Studies in Critical Practices at the Museo Nacional Centro de Arte Reina Sofia and the Skowhegan School of Painting & Sculpture. Reyes is a graduate of the School of the Art Institute of Chicago and the University of Pennsylvania.

Jared Quinton is director at Rhona Hoffman Gallery, Chicago, and an independent writer and curator. His criticism has appeared in The Brooklyn Rail, Artforum, BOMB, ARTMargins, and Art21, and he has organized exhibitions and programs at the Museum of Contemporary Art Chicago, The Kitchen, The Whitney Museum of American Art, Tiger Strikes Asteroid Chicago, Chicago Artists Coalition, Abrons Art Center, and the Institute of Fine Arts, NYU. He was a 2016–17 Helena Rubinstein Curatorial Fellow at the Whitney Museum Independent Study Program and the 2017–18 Marjorie Susman Curatorial Fellow at the MCA Chicago.

**Terremoto La Postal acknowledges the generous support of SONY México for the realization of this exhibition.

Launched in June 2018, La Postal is an exhibition space located in our office in downtown Mexico City. The title refers to the artistic practices of mail art in Latin America and the links it wove from the 1960s to the 1980s.

With La Postal, Terremoto seeks to stimulate the dissemination of research projects linked to the idea of the archive  or specifically to an institutional, independent or personal archive- within the artistic field through the exhibition format.

The Postal program issues one open-call per semester. The current call contemplates two projects to be exhibited between June and October 2019.

* The 2019 program of La Postal has possible thanks to the generous support of arte-sur.org and the Prince Claus Fund.