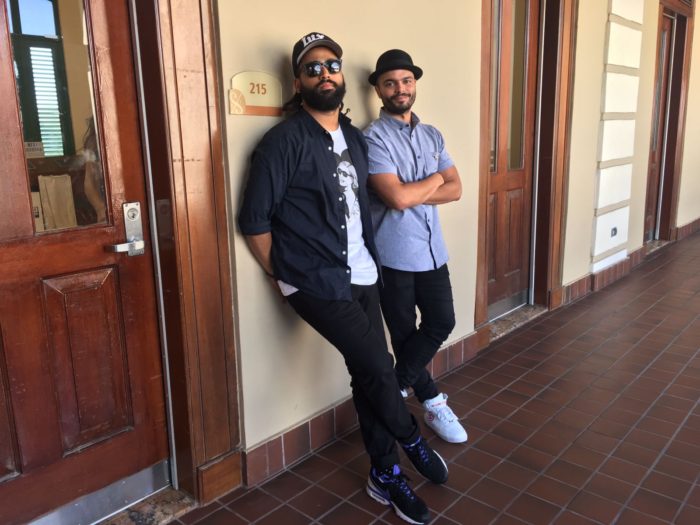 Terremoto: Could you describe the Caribbean art market and, from that, point to the importance of having an art fair with a regional focus such as MECA? What has led you to launch into such an adventure?

Tony Rodríguez: We definitely have to start with the idea that a healthy market here on the island, as in the entire Caribbean region, is almost non-existent. Although there are many collectors in Puerto Rico their purchase option is rarely local; usually purchases are generated in galleries from abroad. Having said that, and knowing that there is no concept of art fair in the entire Caribbean region, we decided to create MECA, which is that market hope that has been non-existent for almost a decade. The main mission of MECA is to be able to attract not only galleries, but also curators, collectors, and press from abroad that can help move the efforts that arise in the island, mostly from alternative spaces managed by the artists themselves and also from the few commercial galleries that exist with a respectable program and force, so that those initiatives could have an opportunity of sales without having to leave Puerto Rico. 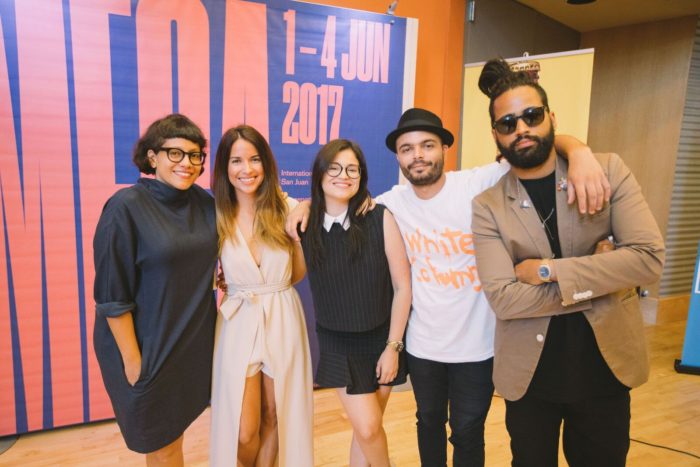 T: In your interview with Pedro Veléz for Artspace, you mention that the artistic and cultural sectors of Puerto Rico are characterized by their resilience to the difficult political and economic contexts they face. Could you tell us a little more about the challenges faced from that resilience and give examples that could work to sketch out possible new models of circulation and exchange to approach critically the dynamics of the market?

TR: We must definitely rethink the model of fairs and galleries, as well as the way cultural events are projected in Puerto Rico, the Caribbean or the whole world. This type of activities have a strong economic impact in the area (gastronomy, hotels, transport, etc.), so new financing methods have to exist, either by private banks or by institutions or foundations that can give any type of incentives for this type of activities. Government support is very little or almost inexistent and for an event of international projection as an art fair, where we are receiving relevant names within the art system, it seems to us that the participation of the government is almost minimal. Value must be given to these efforts, we must look at the real impact that we are giving to the local economy (in this case the impact in the area of ​​Santurce) and quantify it to see how these supports can come. It is also necessary to reevaluate this business model, which I believe will gradually become more obsolete and analyze how otherwise these activities can be accessible to the public in general without losing the quality of the work we want to present and the concept of fair that we want to achieve.

We already know the classic history of the artist and the independent initiatives working from the precariousness, creating projects and things with practically nothing. It is necessary to recognize that in this type of projects there is a personal investment that comes from the pocket of each one of the the ones involved. This creates a name that helps to establish in this crazy art world, which as we know is very uphill and in which creating a career implies a lot of sacrifice. MECA is a sacrifice pointing to all those efforts that have been going on specifically in Puerto Rico during the last 7 or 8 years so they can begin to generate market and sales, a kind of reward for all that they have contributed to the cultural sector of the country. 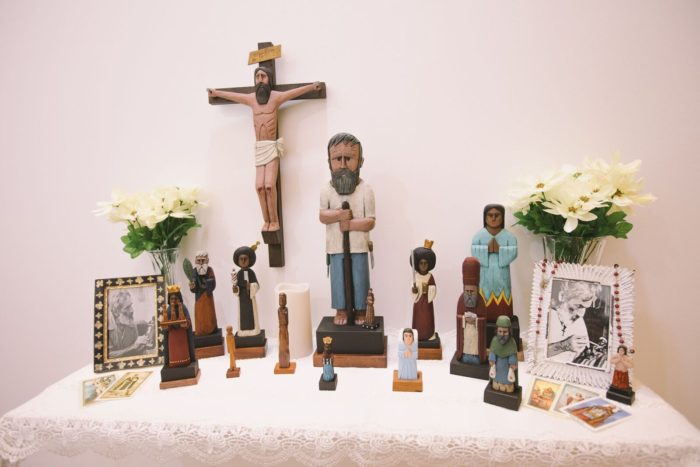 Terremoto: Can you talk a bit about your work and curatorial vision for the opening edition of the MECANISMOS section?

Carla Acevedo-Yates: When Tony Rodríguez and Daniel Báez approached me to select the emerging projects for MECA I thought it’d be a great opportunity to reflect on the locality where the fair is taking place and the conditions under which it is managed. MECA is an initiative from a young gallerist and an emerging artist, and my idea was to call and select independent projects and initiatives, self-represented (artist-run alternative spaces, young curators and up-and-coming galleries) so that, in a way, we can reflect the spirit of the fair. As for curatorial vision, I was interested in selecting projects that would address the vernacular culture of the region (the architecture, social rituals, landscape) as much as metaphysical ideas about time, the body and materiality, all inside a Caribbean context. 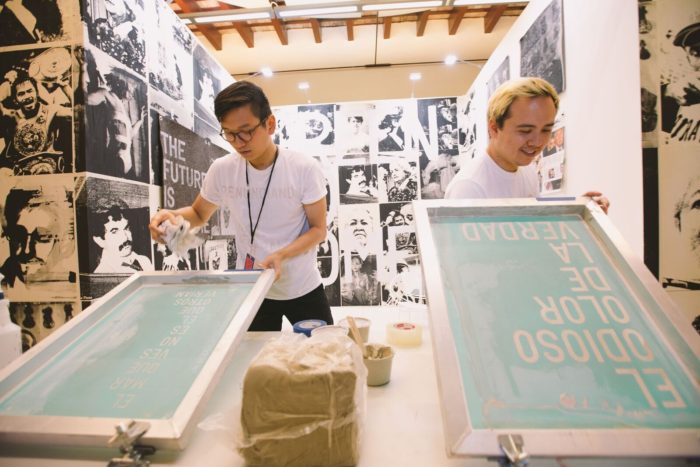 T: The artistic production gathered in MECANISMOS references aspects of the vernacular Caribbean culture, ideas about coloniality and metaphysical ideas about time, body and materiality. From your curatorial point of view, what particular characteristics do you find in the emerging Caribbean production and how do they differ from the rest of the narratives in the Americas in relation to these thematic axes?

CAY: Although MECANISMOS approaches the Caribbean as a geography and a cultural space, when selecting the projects I did not want to establish very marked differences between this space and the different geographies that composed the Americas. What interested me was to establish relationships and connections between territories. However, I believe that in many of the proposals, artists are retaking aspects of the local, whether through the use of materials, craft techniques or the reformulation of artistic conventions, and translating them into a contemporary visual language, developing ideas about the historical moment in which we live. 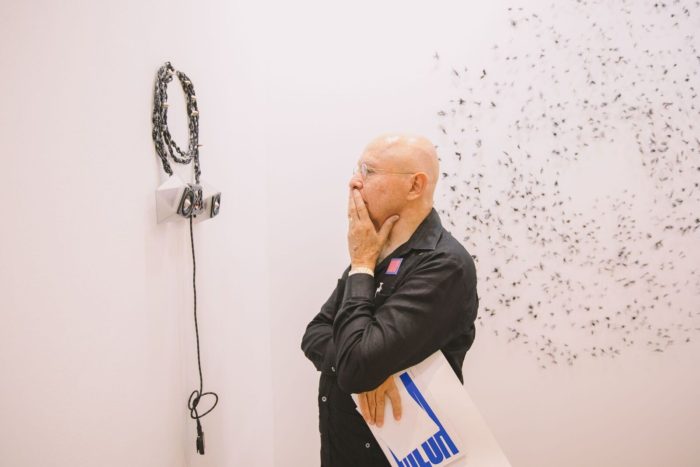 T: Which is the role of the curator within the art market from an emerging fair with the characteristics of MECA?

CAY: In my opinion, the curator is an agent of valorization either within an institution or a commercial space, as it creates cultural capital by selecting artists for their projects. In the case of MECA, which is currently the only art fair in Puerto Rico, it is also a catalyst in contributing to the creation of an infrastructure to support local artists and the local art scene in general. The fair is not only a space for the sale of works of art, it is also a space for dialogue between geographies and a meeting space between the different actors of the cultural scene. 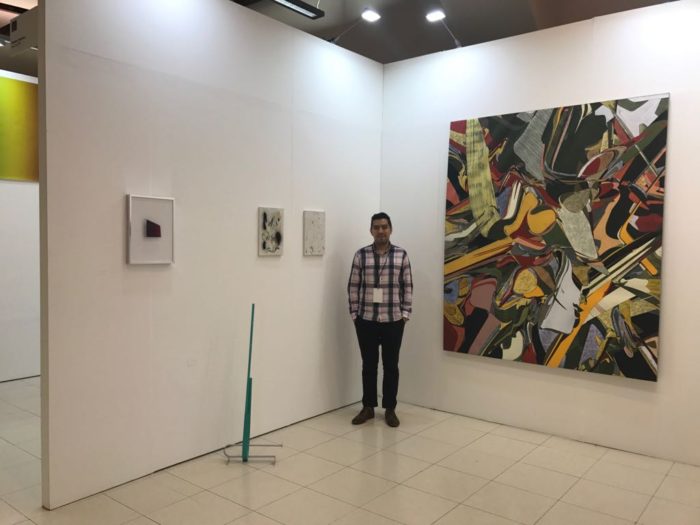 T: What motivated you to participate in MECA and how does these causes relate to the artists you present on your booth?

Gustavo Arroniz: My interest in participating in MECA comes from a combination of factors. First, it is a very honest and courageous project organized by people like Danny Baez, with whom I have carried a relationship of much dialogue and ideas in common. On the other hand, years ago I participated in the extinct CIRCA fair and I was interested in the area. I think MECA can find an interesting place in the Caribbean scene towards close scenes like those in Mexico, the United States and South America.

The artists I selected, firstly, they respond to a feeling of freshness where the works have a freedom and thought that connects with my idea of ​​the area, however, I am also interested in presenting a new and different perspective. Being a young fair I decided to present two young artists who are beginning to forge an international path: Victoire Barbot, from France who lives in Mexico, and Christian Camacho. They are accompanied by Omar Rodríguez Graham, a more mature painter but still with a fervent desire for pictorial experimentation. 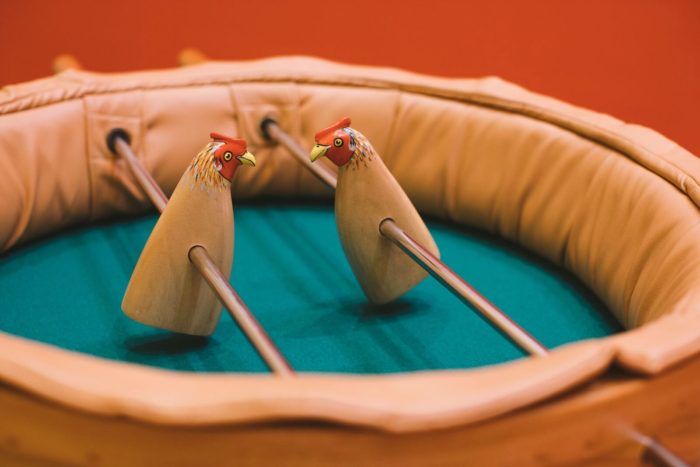 T: What do you think are the challenges of Latin American art nowadays?

GA: The Latin American market is in constant struggle with economic and political crises. Puerto Rico is a great example of this situation. However, these crises have prompted artists and exhibition spaces to push even harder. The challenge is to make these efforts stand up to a voracious and changing market, where trends are increasingly inclined to the established. MECA goes against the current and is a beginning of something. I like to participate and support a new project where the possibilities seem few but great. 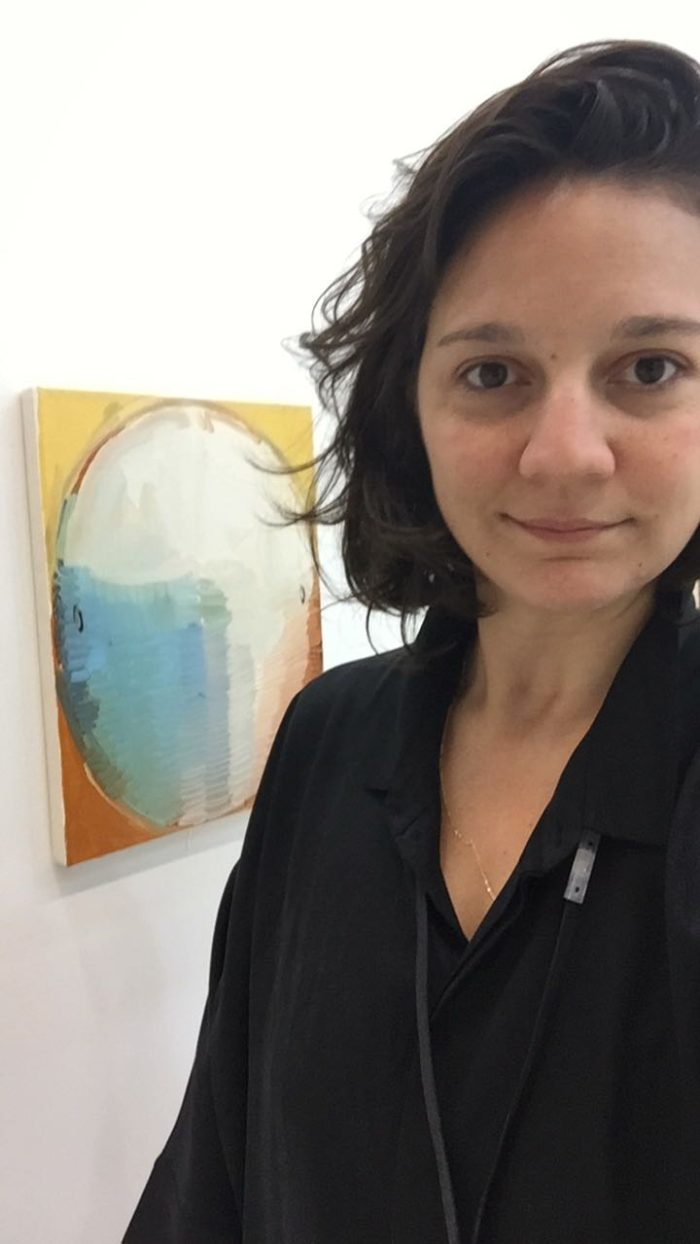 T: What motivated you to participate in MECA and how does these causes relate to the artists you present on your booth?

Agustina Ferreyra: I was motivated by the fact that I am in a moment of transition in the gallery, because my space is not going to exist here in Puerto Rico permanently and it seemed to me that the timing between the fair and my last exhibition before leaving to Mexico. It was a good time to participate. Also, I am very friendly with Dany as well as many of the other exhibitors that came. It is definitely a fair that happens at a difficult time, not only globally but locally, so there are many challenges.

In the booth I present Julio Suarez, a Puerto Rican artist with whom I have worked since I opened the gallery and whose work is well known locally, which I found interesting to present at the fair. His work is presented in dialogue with the work of Heather Guertin who is an American painter with whom I also work. It seems to me that they have an interesting formal relation between Heather’s pictorial gestures vs. the geometry and the monochrome of Julio. There is no much more science behind this, it is a very intuitive and subjective pairing. Also, in the gallery I am presenting an exhibition by Julio from which the booth serves as an extension of it complementing each other well. 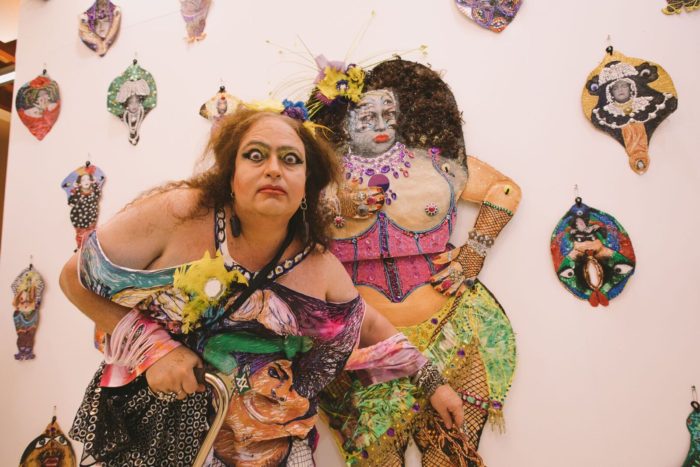 T: What do you think are the challenges of Latin American nowadays?

AF: The biggest challenge of the Latin American market, in my opinion, is to internationalize the work of artists at an institutional level. As a young gallery, that takes time. Many institutional curators prefer to do exhibitions with established artists, however, little by little museums are opening up to younger artists. And well, besides that, the challenge is also to establish and maintain long-term relationships with collectors who support the emerging galleries.

It could be added that young galleries operate in a system that has not been reviewed for the past 40 or 50 years, is a collapsed system which is designed for another economy. The art  world today is governed by galleries that within that system achieved success and economic stability, but it is not our reality, so we must find ways to modify the art economy, lean over more nomadic and collaborative structures and even reinvent the concept of “art fair”.