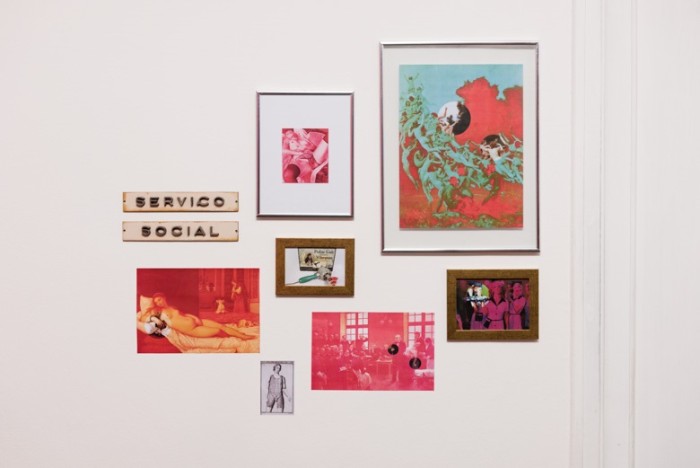 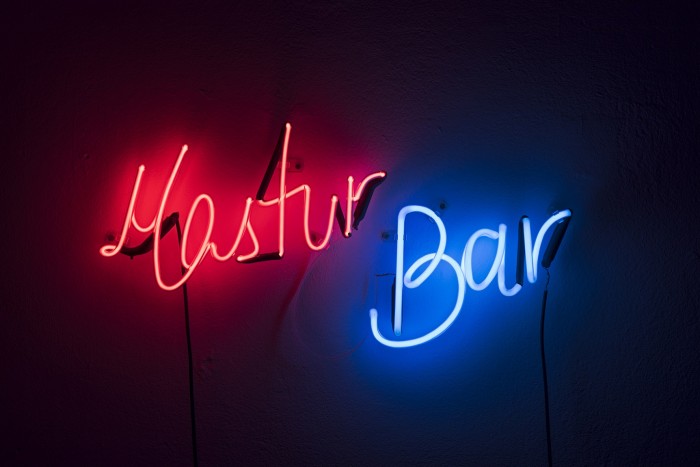 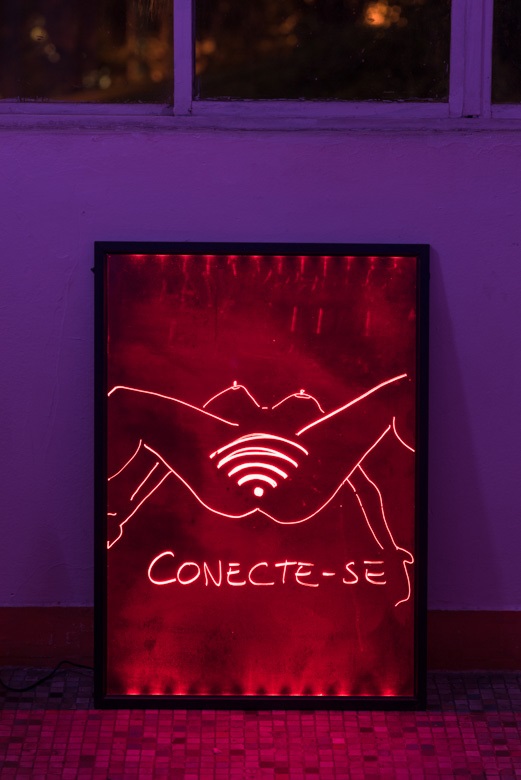 The pleasure generated by the masturbating hand is a threat to the organization of reproduction as sexual labor. Since the eighteenth century the hand has been repressed and disciplined through a series of technologies such as the chastity belt, the invention of hysteria, the orgasm as illness, electric shocks and other appliances that prevented the hand to touch one’s own body. For the female body, considered a machine that re-produces, the clitoris has no function and the hand must not reach it. During a lecture performance at the Mastur Bar exhibition opening, Faleiros presents the “wrist that drops” as a performative gesture that takes on the historically constructed feminine body. Here the “wrist that drops” is considered a historical residue: it remains even in the hand that vibrates, it consumes and produces through the touchscreen, the predominant technology employed in contemporary capitalism. In addition to drinks and objects, Mastur Bar offers things to do with your hands and techniques to establish a connection with yourself. A schedule of events is part of the exhibition, and will be released throughout the show.