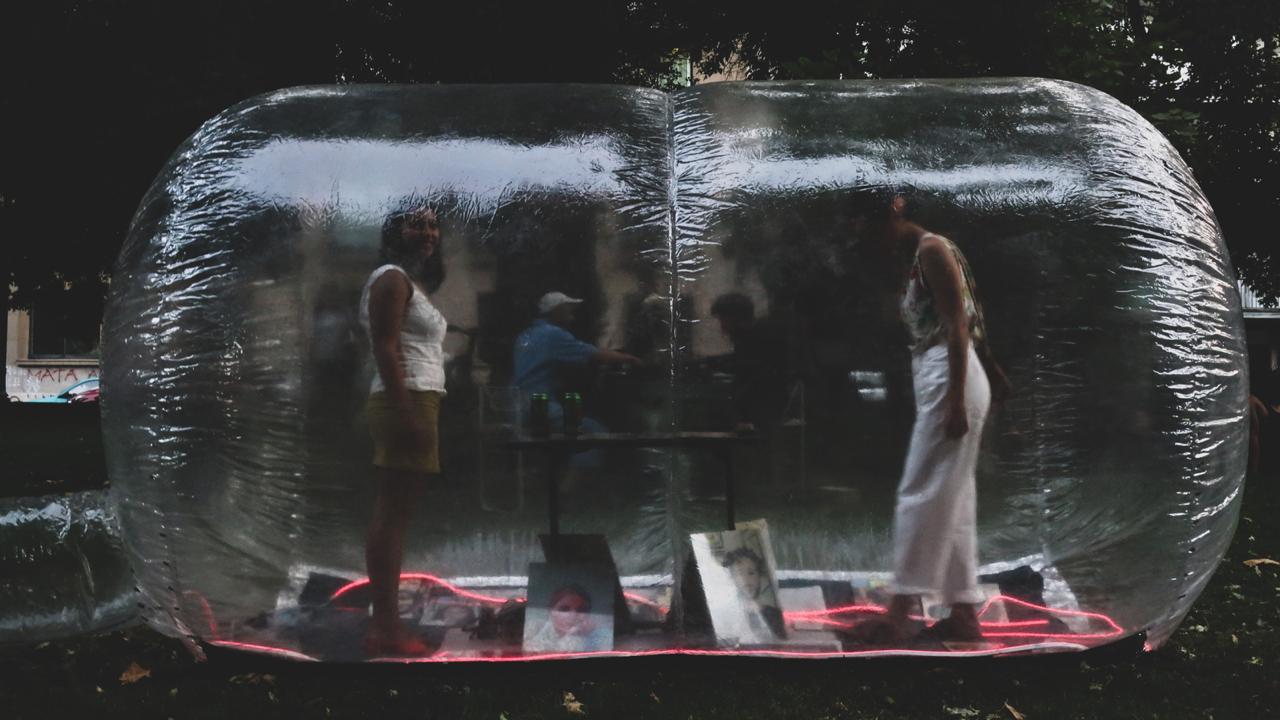 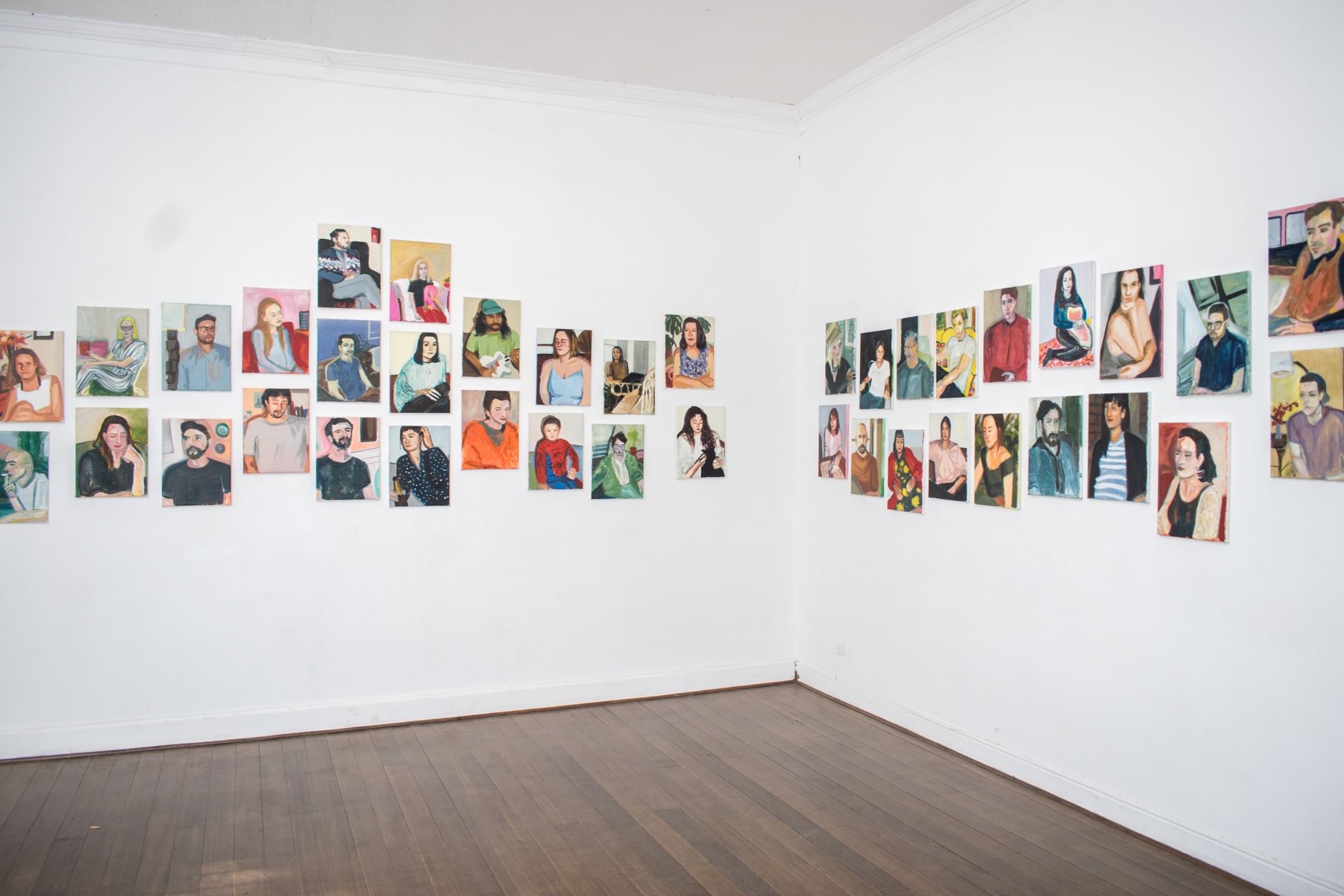 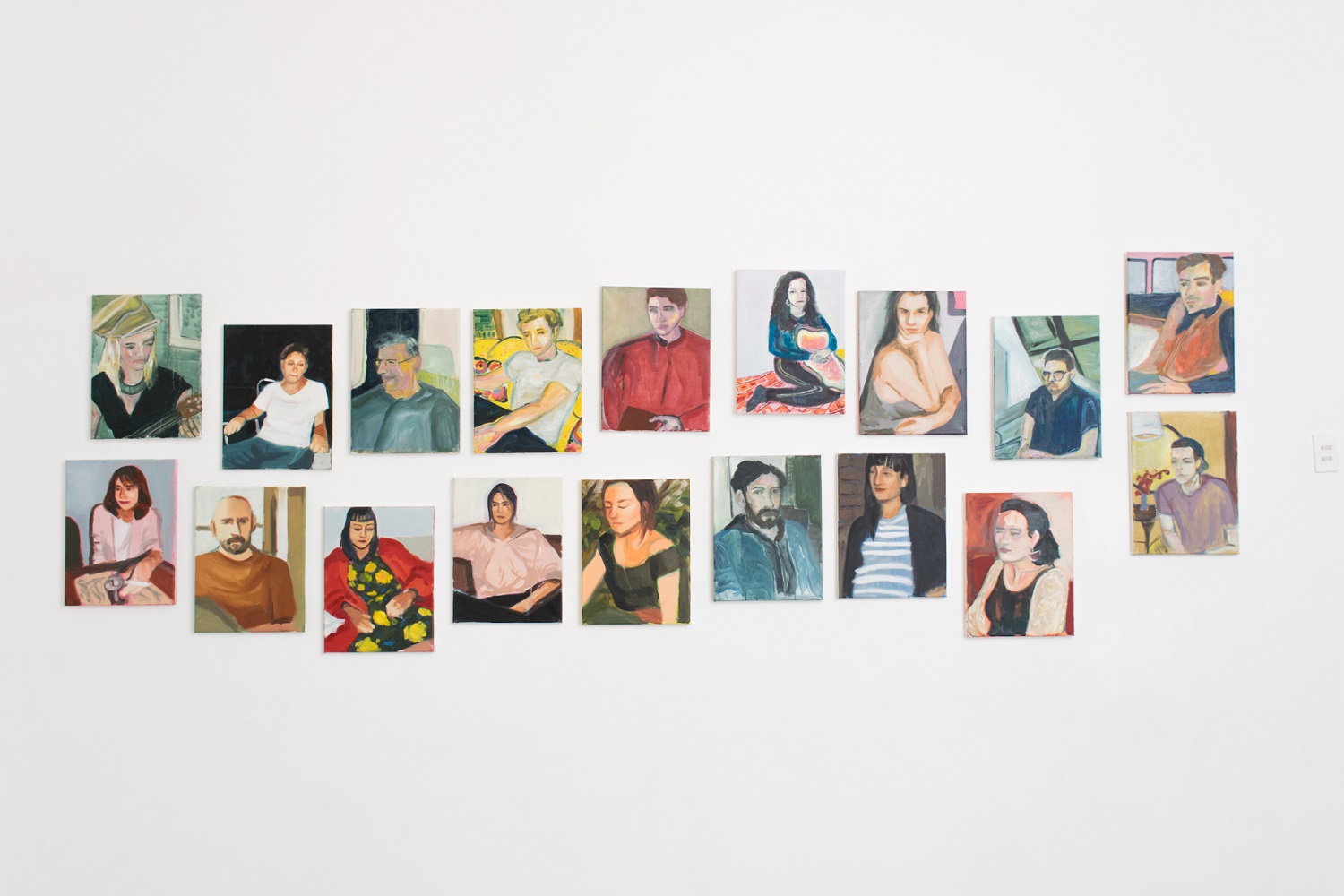 82  long-distance portraits. On A Domicilio Retratos

“One of the leading portrait painters of our days once remarked to me that he never knew what people meant when they talked about the painter revealing the character of the sitter . He could not paint a character, he could only paint a face.

The trend to individualizing through face recognition goes hand in hand with modern history and the technical advances. Nowadays, the face is moving towards replacing our fingerprint under technological mechanisms in a permanent state of updating. Within this new digital realm, the exercise of painting portraits remains on the opposite side of the visual devices which only respond to the collection of big data flux. The slogan of A Domilicio Retratos, on the contrary, points out: “the essence of your soul is captured in just one brushstroke”. Magdalena Contreras and Aranzazu Moena’s project disrupts sardonically and pertinaciously the cultural emblems bound to the painting tradition: bucolic, enlightened, lonely, trascendental, existentialist, committed. In its place, the project makes profitable all these qualities through an utilitarian and speculative dimension: as any other labour the painting technique can be a highly demanded service within the fervent contemporary capitalist activity. The offer remains tempting: “Beauty is short. Portraits are forever”.

A Domicilio Retratos is a project that was born in August 2018 that gathers many concerns such as the genuinely creative impulse of their founders and the necessary visibility associated with an artistic exercise of limited circulation. This is translated organically into a productive body with life on its own: emails, contracts, form sheets, visits, interviews, screenshots, and finally, low cost portraits ($7.41 USD). Although its noble origins within the range of traditional painting formats, the portrait is inevitably a servile format, because its poetic is not as much in its semantic composition as it’s in what surrounds it, in its original context and in what it is communicated through time. It’s an art practice more related to the eye and the hand ability than to meaning; closer to the historical than to the rhetorical and moral. This performatic solution to the unavoidable decay of a type of painting reserved to the pre-mechanical times, is central to recognize the value of this initiative: is a way to recall the obsolete and to deal with the present, taking advantage of the immaculate phantoms of the art’s genres, the same as what Andy Warhol, Chuck Close, Cindy Sherman, and in Chile, Eugenio Dittborn, Paz Errázuriz, Bernardo Oyarzún, among others, have done in the past.

As stated by the painters, there is a crucial difference between the self-production and self-edition that characterize our times (the huge access to recording and viralization tools)  and the phisionamical translation that comes from another artist. The project’s transit of Magdalena Contreras and Aranzazu Moena, places it in a relational dimension that activates, at the same time, a narrative dimension through sketches and screenshots of the quotidian life of their subjects: domestic spaces, objects, plants, pets, etc., that together articulates intimate and particular life contexts.

During the pandemic, the physical meetings and expositions’ logic was quickly overlapped. For A Domicilio Retratos, this supposed an arrangement to the new conditions of life imposed by social distancing. This way, throughout 2020 it emerged a new axis of the project: Teleretratos. That reflected the massive adaptation to meetings and dates through videoconferences, in which the face appears persistently trapped in grills. Thus, on December 23rd, 2020, the project finished with the public space delivery of the 82 long-distance portraits produced.

In the Forestal Park—the opposite sidewalk of the Museums of Fine Arts of Santiago—the artists along with the musical collective Melancolía, placed a human size bubble that enabled the safe delivery of the paintings. This activity was conceived as an artistic and musical intervention that ironically highlighted the isolation conditions lived during 2020. Besides the metaphor associated with the sanitary rules, the intervention reminisces the displacement of the white cube as the boundary that signals the limits of art (the first exhibition of the collective was in Casa Parque Villaseca in 2019), which in the local context reminds of the projects Nautilus, la nueva casa transparente in 2000 or the diorama installed by Máximo Corvalán in the frontis of the Museum of Fine Arts in 2006 (V Art’s Biennial of the MNBA). At the same time, the idea of an inflatable and weightless body from a sculpture approach has its references in Chile in artists such as Julen Birke, Carolina Salinas and Camila Ramírez. The time of an oil portrait is the time of the material objects crossed by the imaginary time of the motif, which is its source of life. The portraiter is who abstract the present, recognizing not just a mask as an infrastructure, but the face, in Gombrich terms: “the expression of life”.