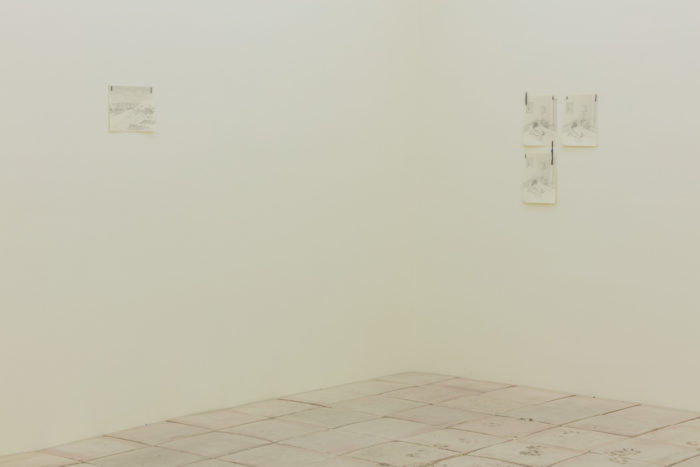 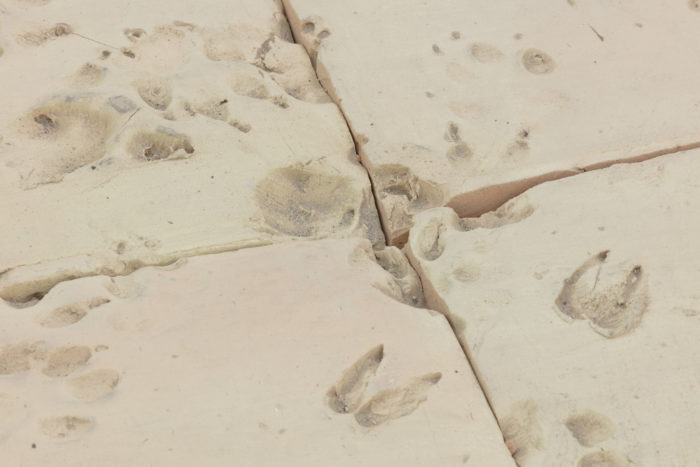 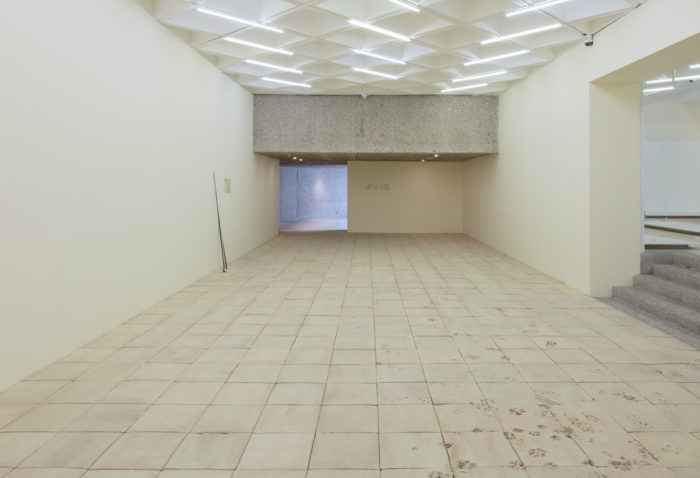 Through drawings and manual processes, Jorge Satorre (Mexico City, 1979) peruses events that could appear insignificant within their general context or that have at times passed unnoticed. The choice of such incidents as a starting point corresponds to episodes omitted from the memory of the place where Satorre works, repetitive images in his mind, or his research of the ways themselves of examining signs and telling stories based on them.

The project Jorge Satorre developed for the Museo Tamayo takes to exaggerated proportions the combination of a recurring mental image for the artist with a common accident in the process of creating handcrafted floor tiles. On the one hand, the scene is that in which two wolves chase a lamb, an image that inevitably echoes one of the most used narratives of persecution, and which is often loaded with social, political or religious connotations. On the other hand, the accident is the event that occurs in the process of drying the clay tiles, when nocturnal animals walk on them, leaving their footprints and making them useless to the people that produce them. According to the artist, discovering these anomalies in the clay is a moment of disappointment in which, paradoxically, the worker recognizes him or herself in their work, making them aware of the processes and the norms that define their labor. In a parallel way, looking at the fresh footprints formulates the tracking animals via the marks they leave on the ground.

Based on ideas of Italian historian Carlo Ginzburg, a central reference for Satorre’s work, this act of inferring the immediate past through marks in nature is one of humanity’s first narrative manifestations and the origin of a mental process that leads to the methods used in psychoanalysis and criminal investigation. From this standpoint, the pieces shown here suggest a search for clues while setting an exercise of narration and a reinterpretation of the events, the artist’s findings, and the fictions that interwove them. Through events that tell everyday occurrences, Dead Animals recreates the proverbial story of the wolf and the lamb, exploring the different symbols and imaginings that comprise it, both collective and personal, suggesting, at the same time, that the visitor undertake their own search for clues and meanings.