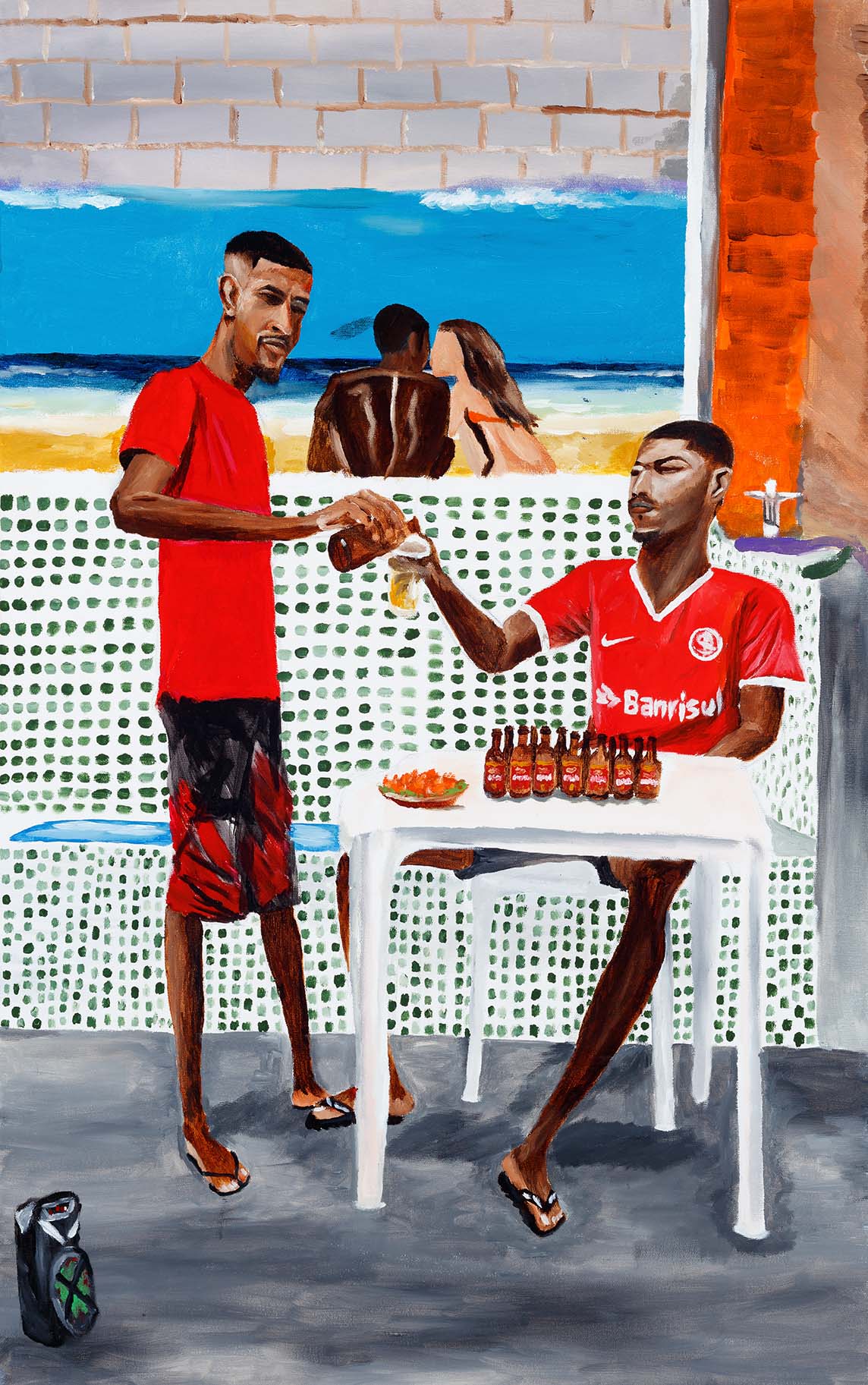 Jota used to work as a bricklayer’s helper. Now, the 20-year-old black high school graduate and resident of one of Rio’s most violent favelas complexes, the Chapadão, has his first solo exhibition. Eu vim de lá (I came from there) opened a week before ARTRIO 2021, on September 4th. All twenty-seven works exhibited have already been sold to important collectors.

The scenes portrayed go from evangelical services and prayers with his mother, Marilena, to profane parties with his brother Jonathan, five years older.

Jota’s paintings also portray poverty, violence, and structural racism, revealed by the police’s approaches at the favela and in Rio’s richest neighborhoods, territory that the painter begins to frequent with his success in the arts.

The artist’s repertoire is fed by Brazil’s complexity, which shuffles legality and illegality, violence and tenderness, beauty and chaos, love and death. Balancing in his visual chronicle everything he sees and experiences, Jota unveils a reality very little experienced by the public of the visual arts.

“I started painting last year, and I didn’t really believe I would thrieve. At the beggining, I used pieces of plywood because I couldn’t afford canvas. A schoolmate encouraged me and said that one day I would become famous. My mother is very happy now”, says Johny Alexandre Gomes, nicknamed Jota.

The big turning point in the young man’s life happened when he was discovered by MT PROJETOS DE ARTE, a platform that supports new artists and little-remembered veteran artists. The collector and founder of MT PROJETOS DE ARTE, Margareth Telles, saw the works on internet, where the artist was selling his paintings.

“When I met him on Instagram I was touched by his works and felt the need to encourage him, especially in the middle of a pandemic. I presented his works to a network of collectors and curators who immediatly recognized Jota’s talent,” says Margareth.

The exhibition of the young man from Chapadão is curated by Pablo Leon de La Barra, who is also the curator for Latin America at the Guggenheim Museum, NY.