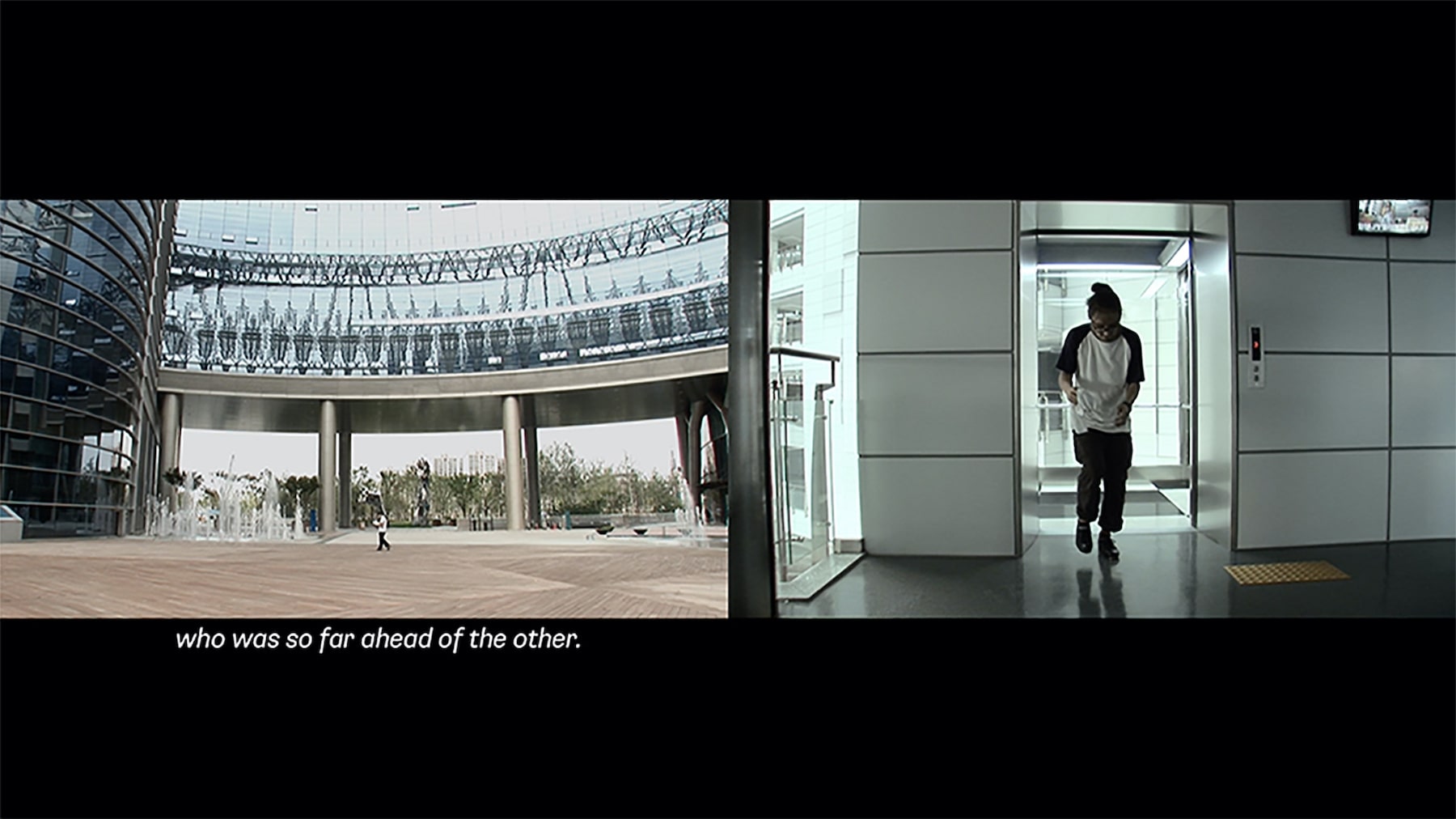 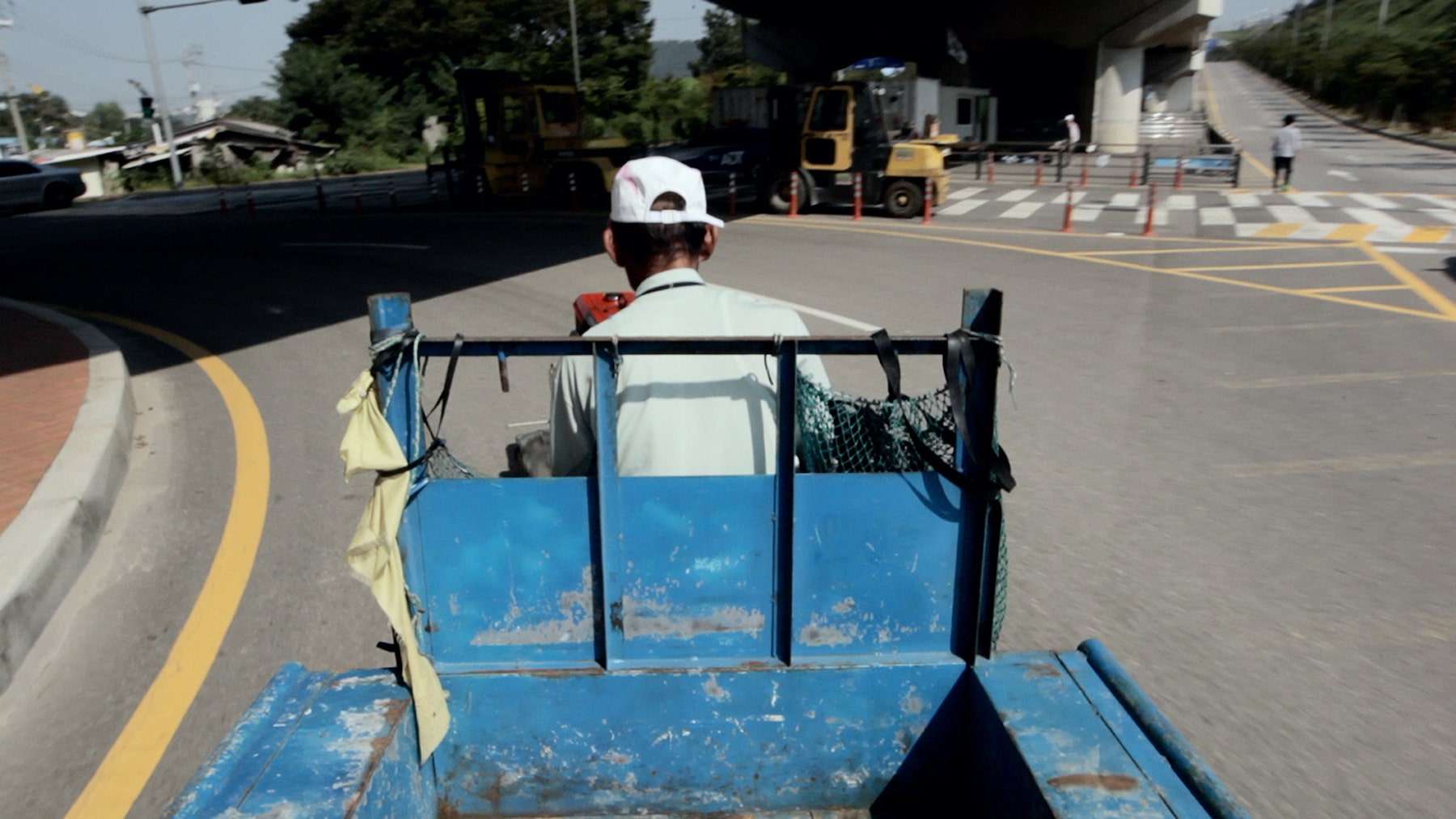 Each week, KADIST focuses on one video work by Jeamin Cha, which will be available to stream for one week. Check back to catch all the films!

During her recent residency at KADIST San Francisco, Jeamin Cha expanded on her ongoing research into depression and the social norms and structures that contribute to its increasingly widespread impact. This research culminated in the production of her solo exhibition titled Troubleshooting Mind I, II, III, which, in a now familiar turn of events, has been postponed. In the meantime, we offer (Home)sickness, an online video program that serves as an introduction to Cha’s predominantly film-based practice focusing on the consequences and contradictions of urban development, capitalism, and other systemic manifestations of contemporary society. The video program features three films that will be accessible to stream consecutively for a period of one week. The program reveals the evolution of Cha’s research over the last decade into the relationship between depression, anxiety, and late capitalism. Images of empty streets and abandoned buildings, the sound of remote caregivers communicating from isolation, and Cha’s stories of displacement uncover the visible fallout of broken social, financial, and health systems.

Jeamin Cha’s Sleep Walker (2009) examines the harrowing psychological effects of displacement and isolation caused by rapid urbanization. The film pairs a tap dancer moving through an empty shopping mall with footage of people walking in a trancelike state around the courtyard of the mall as they recite lines from the classic children’s novel Heidi (1881)*. While remembered fundamentally as a heartwarming exploration of the healing power of nature, Heidi can also be read as a psychoanalytic examination of the young orphan’s (home)sickness. As the dancer glides through glossy new interiors, his feverish tapping escalates, growing louder as his footsteps frantically draw attention to the eerily vacant building. The commercial and residential complex featured in the film was part of a major redevelopment plan in Seoul resulting in one of the largest multi-use spaces in South Korea. However, due to the high rental prices, the original tenants were unable to afford the new units, and subsequently never moved in. Sleep Walker marks a significant turn in Cha’s practice as she focuses her attention on the consequences and contradictions of urban development, capitalism, and other manifestations of contemporary society.

*Heidi is the story of a young orphan who, after living in the Swiss Alps with relatives for three years, follows her aunt to the city, where she becomes increasingly unhappy. Her heimweh (homesickness) eventually escalates into sleepwalking and hysteria ensues after she is mistaken for a ghost. Eventually, she is sent back to the mountains, where she recovers quickly and settles back into pastoral life.

Continuing Cha’s exploration of issues related to urbanization and displacement, Fog and Smoke (2013), the sequel to Sleep Walker, zooms in on intimate narratives of the affected community. The film is set in the abandoned construction sites in the Songdo International Business District, an ambitious development project on the outskirts of Seoul, South Korea, nicknamed “the ghost town.” In the film, Cha follows one of the last remaining fishermen in the suburb, who she met while shooting, as they meander through the abandoned town, recounting memories and sharing his anxieties. The lone tap dancer from Sleep Walker reappears, pacing the bleak streets of the vacant suburb. Slow panning shots of densely packed high-rise buildings intersect with the dancer’s frenzied movements, as though bewitched by the breakneck speed of gentrification and the insidious psychological violence of late capitalism.

Cha’s delicate manipulation of the camera and the viewers’ emotions come to a head in On Guard (2018), where she again turns her lens on those less visible—the protagonist’s dual role as a security guard and a caregiver. The film draws a parallel between notions of caring and guarding to give the viewer insight into the accumulative neurosis of her protagonist and simultaneously the ennui of neoliberal urban existence. In the film, the security guard patrols a building at night, going about his duties as he simultaneously gives instructions over the phone about how to care for an ailing relative. As the protagonist surveys the labyrinthian corridors, filial devotion quickly evolves into post-Fordist labor: mops mysteriously clatter to the floor, electrical cables ominously snap, a single shoe falls to the ground, evoking a paranoia under the weight of social responsibility. The boundaries between the labor of caring and guarding and its repetitive protocols begin to dissolve as he shares intimate details about his relative’s condition, “She usually falls asleep after dinner and pills.”

The video program is structured on a catalog essay written by Shona Mei Findlay to accompany the exhibition Jeamin Cha, Troubleshooting Mind I, II, III.