Amidst the pandemic, a message from our friends and colleagues from TEOR/éTica [Miguel A. López, Lola Malavasi, Daniela Morales Lisac, Kevin Pérez, Paula Piedra and Viviana Zúñiga] 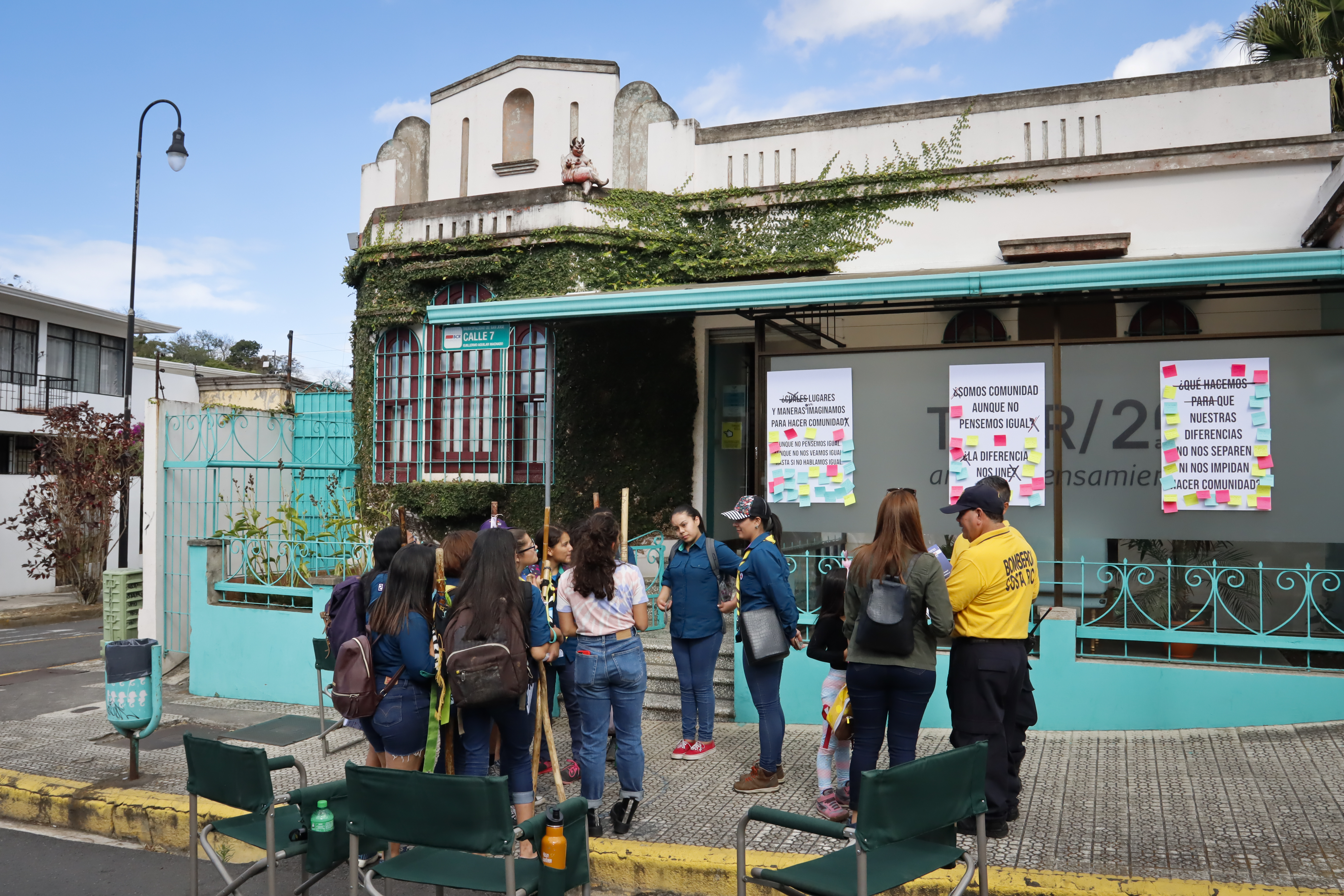 In mid-March, TEOR/éTica closed its doors to the public and canceled all upcoming events. We were following the Costa Rican authorities’ guidelines for containment after COVID-19’s arrival in Latin America—the region that has since become the global epicenter of the pandemic. Our initial reactions were directed towards brainstorming how to modify our programming and begin to understand the gravity of the situation and what it means to work under such conditions.

The world has changed drastically and constantly over the past six months (spent in pandemic isolation); these changes are not restricted to arts administration. Solidarity statements, massive protests in front of metropolitan institutions, condemnation of the misogynistic and racist structures that organize the cultural universe, debates about museums’ public responsibilities, and questions about the relationship between art and extractivist efforts, amongst others, demand deep reflections that go beyond a mere “quick adaptation” to the crisis. Before repeating the mantra that cultural institutions are still essential, it is more important to understand the small– and large– scale fracture that is taking place, as well as visualizing the different world that multiple social movements are imagining, to then ask ourselves we, as cultural institutions (and as we are currently designed) are still relevant and can continue to operate from the same space.

TEOR/éTica has always worked at a regional level (Central America and the Caribbean), and the majority of our programming takes place in conversation with agents, curators, artists, and administrators throughout the entire region. In affective terms, we are an incredibly solid ecosystem with a thirst for exchange and dialogue and with a desire to share our work. But, in more general terms, our region finds itself in constant crisis as the result of a history of violence, intervention, and extractivism. We operate in a context that is characterized by a fragile cultural infrastructure and scarce, if existent at all, funding options. The pandemic has evidenced what has been occurring for a while: the progressive debilitation of our fragile ecosystem. El Salvador’s Museo de Arte (MARTE, for its Spanish acronym) closed its doors indefinitely this past June, Panamá’s Museo de Arte Contemporáneo (MAC) finds itself in a moment of economic uncertainty after launching an international call for a curator last year, and Costa Rica’s Museo de Arte y Diseño Contemporáneo (MADC) has seen the untimely departure of its director, Verónica Zuñiga, due to budget cuts, and is left with more questions than answers in relation to how it is managed by local authorities. At TEOR/éTica we are also aware of the impact this situation may have upon our programming and operations, as we depend on private funding that has become more and more scarce. 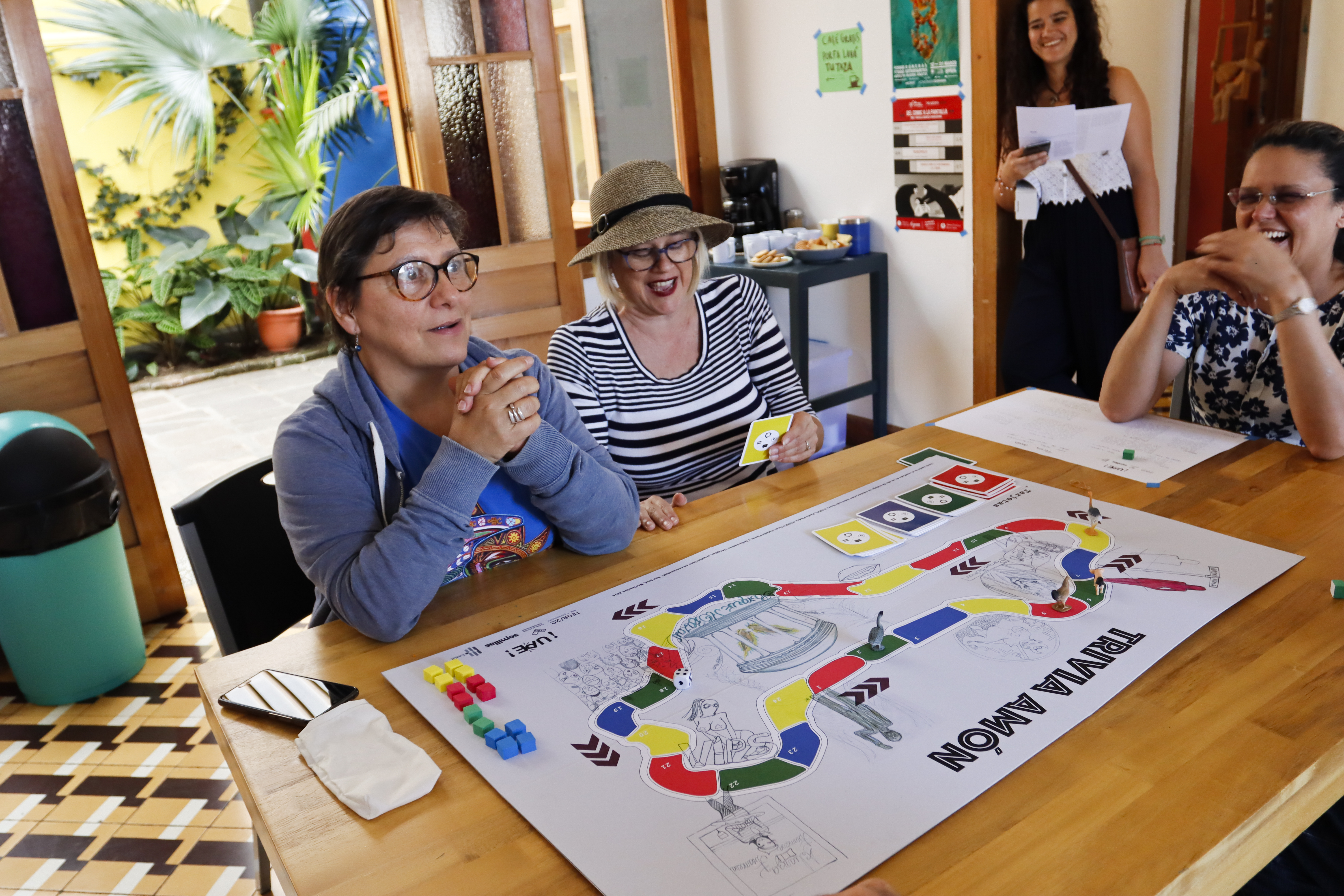 The current pandemic’s shared risk and terror will leave us with a cultural infrastructure that is profoundly eroded, homogeneous, and incapable of meeting our own needs. The situation itself seems to ask us to consider different perspectives and vocabularies that go beyond habitual conversations surrounding aesthetics and art history. Instead, look to questions about the politics and economics of arts administration, about the power of representation, about the ways in which art can respond to the demands of civil society. How do we understand and may rethink the relationships between work, economy, art, and culture? How can we talk about worker’s rights and cultural workers and fair economic structures for the artistic community, in direct opposition to the business community’s neoliberal logic? How will this crisis affect the coexistence of a plurality of voices and proposals while artists are stuck in unstable living conditions?

This evident threat to mere subsistence impulsed us to create the 2020 Emergency Fund as part of TEOR/éTica. This program was made possible through a grant from Arts Collaborative, the redirecting of funding from our own rescheduled programming, the support of YES Contemporary (El Salvador), and generous donations from colleagues. The open call was directed to Central American artists who were impacted by COVID-19 and thus facing economic and/or health difficulties. The funds were exclusively dedicated to covering the urgent necessities of those whose subsistence had been affected by the pandemic. For many of these people, living and working in Central America, this was the only help they had access to as the region’s authorities ceased to support the cultural sector. Contributing to the reconstruction of the cultural infrastructure as affected by the COVID-19 crisis will be a priority in the months—or even years—to come, and will not be an easy task.

In the current situation, and in light of the cultural sector’s vulnerability, it is imperative to be more conscientious of the work we do and to recognize that we may not have all the answers. Despite these, we believe that, in the midst of crisis and commotion, artistic institutions can become spaces for intellectual, emotional, and political refuge. But—what kinds of shelter does this different world demand? Material or affective shelters? Shelters dominated by the laboral system or refuges for jobless peoples? Shelters for vagrant bodies and aesthetic forms, without homes, without citizenship? Shelters in movement? Shelters as places for rest or as places for active organizing? Shelters able to guarantee equality between those who inhabit them? 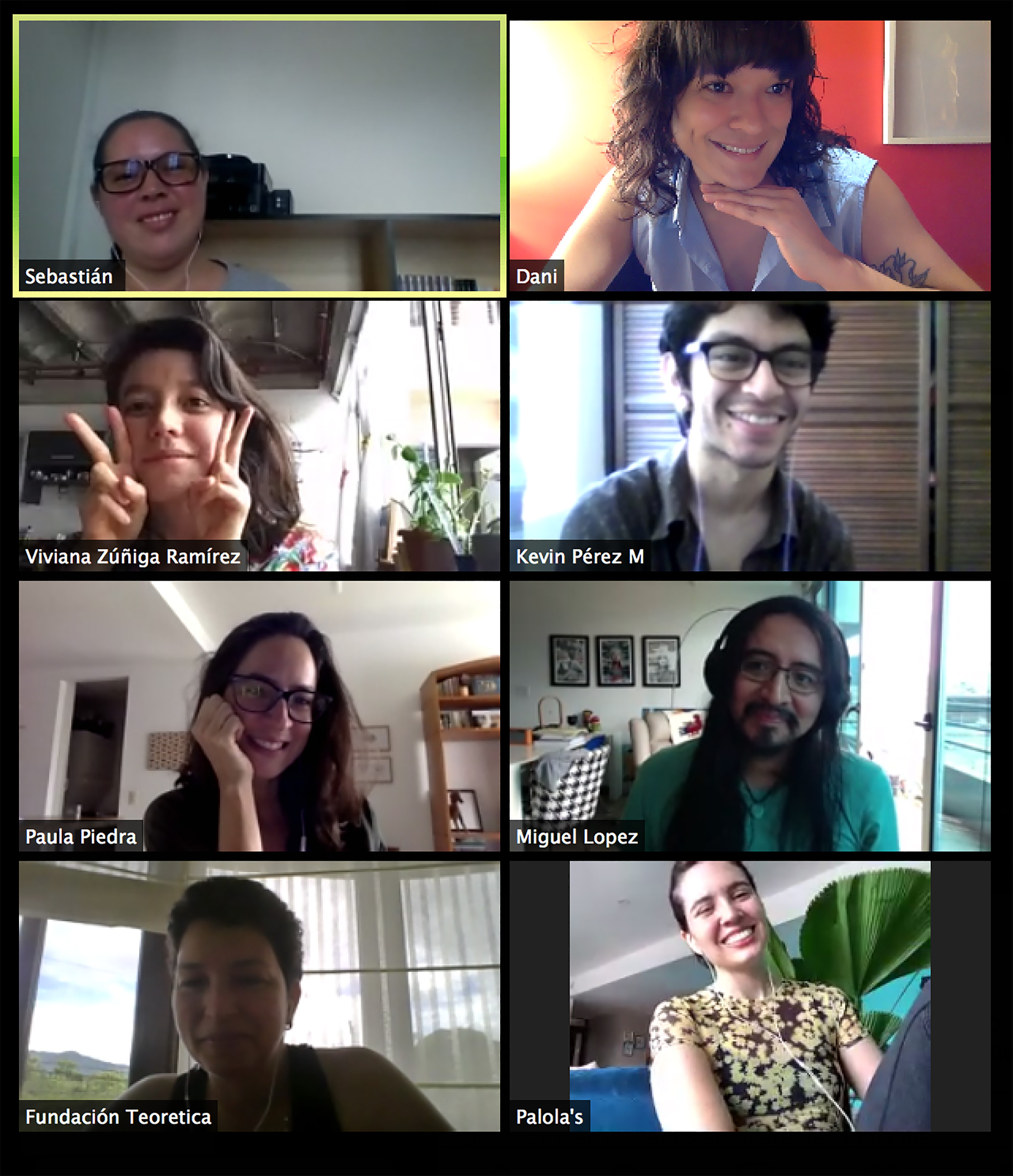 There are many ways for creating refuge. For us, at the beginning of the crisis, this meant taking care of our team—monitoring the health of our staff, but also that of those who we collaborate with—as they faced different threats, be they physical, psychological, or economic. Our horizon was—and continues to be—to sustain life in a moment when the crisis had begun to aggravate the aggressive logics of profit, isolation, and individualism that dominate the cultural sphere, but at the same time aspired to protect art’s potential (like an oxygen shot during a choking). We want to respond to the ethical principle of defending art as a tool for reading, thinking, feeling, and giving critical thought to the present, but without assuming that this must occur in the same way we were taught.

We have inevitably had to assimilate what it means to operate remotely, without counting on physical meeting places for ourselves and our community. The changes and losses that this implies have touched and affected us in different ways. On the one hand, the impossibility of using our facilities has meant letting go of what for years had been constituted as a physical space for building families and finding avenues for coexistence, trust, encounters, and companionship: a temporal home that can be a shelter as deemed necessary. On the other hand, we have begun to understand that these spaces can and should be used in other ways; and so our next rebranding as TEOR/éTica will possibly include changing the names and goals of our rooms—that are still identified and referred to primarily as exhibition halls. This crisis is not only an opportunity for pondering the relationship between institutions and people but for thinking about how these encounters take place and imagining new forms of deeper engagement.

Within these efforts to come together, the online magazine Buchacha Generosa has become the primary channel through which we think and discuss together. Up to this moment, the ten editions published group together and place in dialogue a diverse range of voices that, at the same time, question a very large community. These publications have become the symbolic space that replaces the need for physical encounters between TEOR/éTica’s staff and community, which also allows for access to a valuable record of a global crisis as seen from Central America and the Caribbean. To understand this shelter in its double capacity for holding space for diverse people and voices, at the same time as it is aware of a specific geopolitical position and memory, helps us better comprehend the function of an art space that goes beyond the white cube. 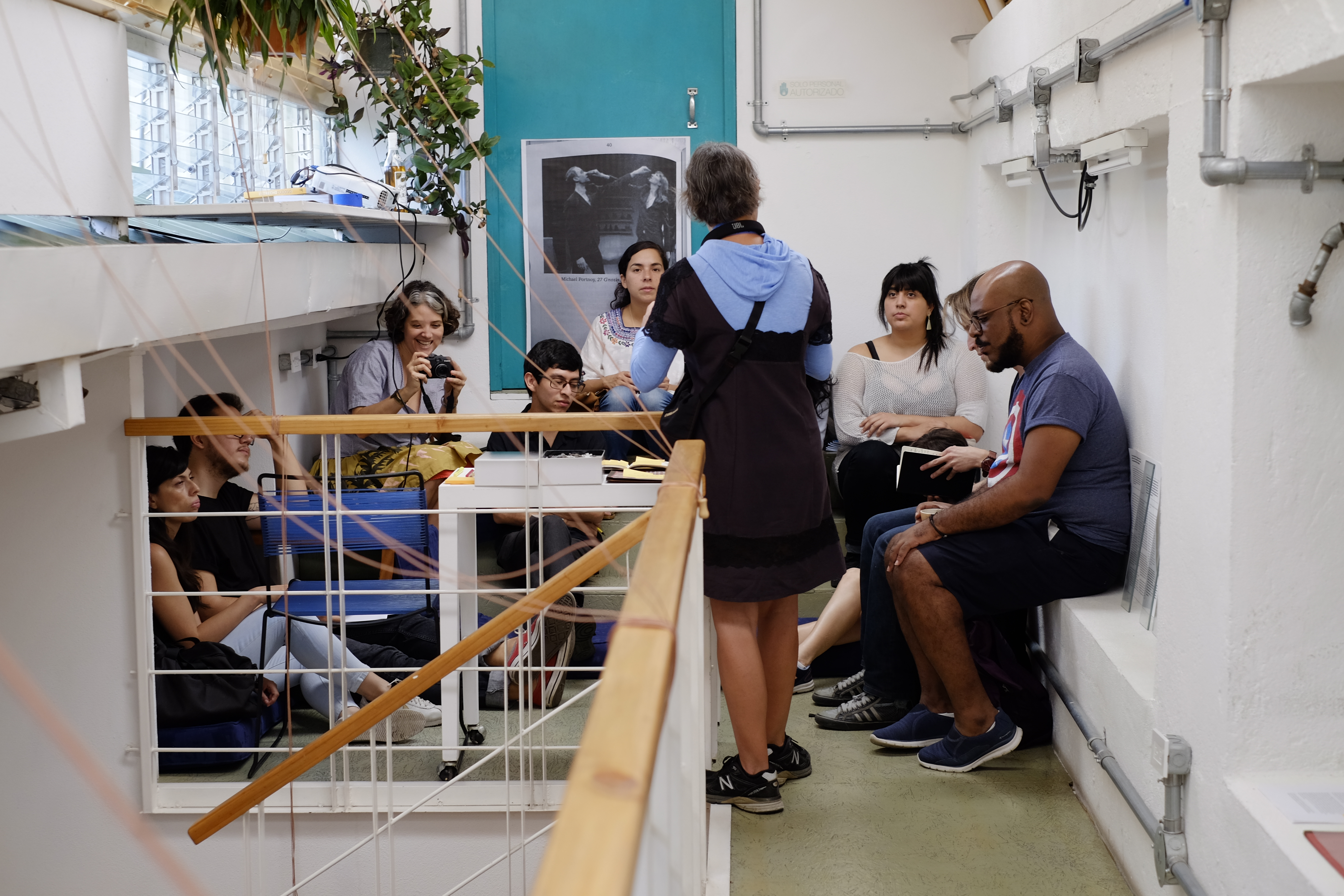 With the library and archive closed, we have also had to rethink the ways in which we develop not only internal workflows but also how we share the knowledge that is physically inside our homes. This has taken us to reconsider what a Center for study and documentation—such as ours—can do when facing such a strange situation as this one. With no access to the usual documents, books, and even equipment, we have operated from memory and from unique but shared circumstances.  We have come together (amongst ourselves and with others) to rehearse other forms of studying and researching that, perhaps by necessity, seek to approach the present from the emotional uncertainties that we are going through. That is how the fourth edition of the Cuarto de Estudio (Study Room), a space for convergence born out of Lado V’s Archive and Library to promote the investigation of its assets, has been totally transformed and developed under the volatility of the current pandemic from a distance.

Even when there are more questions than answers, the question of how do we create refuge? has begun to pepper our conversations. That is, we must not take for granted our essential status as museums or cultural institutions; rather, we must reinvent our sense of belonging to align with social demands that are, in many cases, already imagining other uses and roles for our spaces. The road is not well-traveled, it demands that we trust in experiments and understand, in a critical manner, the way in which art accompanies social imagination. Perhaps it is truly about imagining a way of being. One which can join contemporary public discourse about how institutions can become better or useful, and how the people that inhabit them can find each other to serve and take care of the collective.