Beyond this desertifying threshold, in the northern region of Mexico, lies an overexploited archive. It exists under siege and turbo-stimulation: a forced representation for the “outer world”—from it, and not of it; a phantom limb whose innards disintegrate confusingly that has been left to reassemble the fragments, to scavenge through sorrow; a process of reclaiming relics of forsaken dignity. Futurity, thought in this space of perpetual exception, leaves us observing lesser life forms that mirror us to escape the light. We are left unable to recognize the archive. Its reading—under all the subjugations it has endured—requires the optics of an invader. Even for those with legitimate agency, an approach without the etiquette of the center is futile. After eleven thousand assassinations over four years, we encounter a formless landscape, one unable to reconfigure itself under the present notions of a reconnaissance overkill—unrepresentable experiences of reality’s sensory apparatus, deadlocked into a state of unfeeling.

Mediators, fixers, and other precarious forms of raiders have occupied the halls of knowledge production through an equita- ble exchange of pornographic exploitations of the subject.[1] These incarnations of the Archon operate above and below the traffic of signification, trampling covert and cryptic attempts of understanding into a perpetual state of decomposition and fatal parasitism, leaving these tools as the only resource. In that space, which is neither above nor below, labyrinths are fabricated, trapdoors are set in motion, false exits are hidden in pieces—significations without a sign. Isn’t this, after all, a predatorial version of the desert of the real? Wasn’t this badlands warfare the so-called laboratory of our future? A wasteland which evoked: “Now I am become Death, Destroyer of Worlds.”[2] A vacuum, reassembled, where time and space reorganized under atomic shifts, leaving the conceptual realm trembling behind: a clean slate for mutation. Plant life, mineral life, and animal life were rearranged by the military-industrial complex through atomic suspension and disintegration. 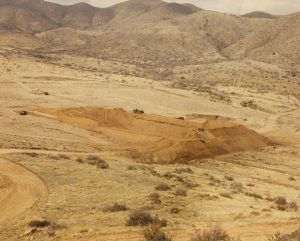 The neo-slave colony, bound by time-concatenations and pounding postindustrial echoes, inherits a cataclysm of humiliation. A detonation of the archive can be attained by programming the absconded gateways, labyrinths, and false exits, from which we can solely gain agency through opacity and deception, both repulsive qualities to the halls of efficiency and transparency. Compromising the knowledge arcades is only possible by claiming the legitimacy of their origin, by being an oracular component of their inception. These detonations respect the structure—the fatidic immolation of the self, not the other—to avoid speculation on naming practices. A parallax of smoke and mirrors devised to procure the creation of worlds while simulating their destruction: an extensive and fertile life continuum, everywhere. Does the operation of the postcolony not depend on such markers of efficiency? Can the valuation of life and forced human labor—based on pressuring a body—occur under a homogenized time? In this context, the lowest valuation of human life translates into the cost of taking a life, a demand in the surplus market of assassination. The exhausted singularity leaves us with an unseen spectacle of annihilation for the quotidian undead. To respect opacity through these relationalities implies granting the agency to use our bodies and bodies of knowledge. The aporia of a machine that knows it’s being used as a shapeless prison is compared to the illusion of free movement.

Time and concepts become then reversible in this sphere, not by atomic missile reversal, nor by serving and attending the passages of the archive, but rather by setting commodifiable discourses—comfortably, to some parties—that reinforce the idea of the periphery. Without access to resources, time and concepts are still transformable. Imploding an inherited visual or conceptual language depends on a capacity to deflect the harnessing power of signification, to transform inherited languages on their axis, and return them from the Ancient New World to a shore of understanding: naming emancipatory strategies, absconding speculations. Resigning apprehension implies a renouncement of objectification if it’s futile to surrender our thingliness quality as a body-machine: thus, the given entity ciphers the code, forming a new unconsciousness for the aborted subjectivity, leaving the parasite behind. As an opaque phantom, never steady, the dissolvable machine becomes impossible to possess. 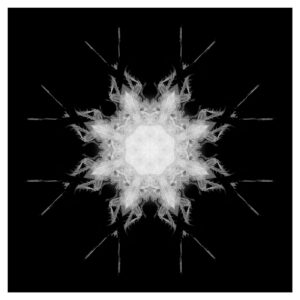 Inherited conceptual oversight and signification through hegemonic substantiation constitute a crisis within this so-called transformation; a crisis of biological renewal and evolution—particularly in the softest, most sublime, or most seductive iterations—where we deny our abilities to switch, encrypt, glitch, and cipher codes. The archive we encounter through these pages—overkilled taxonomic processes—is a symptom of a representational crisis, it is a hostage to the means of representation. What we see is a digitalized personhood in which subjects of mestizaje acquire dignity through hybridization between objects of transgression and luxury, objects attainable only in a parallel life or simulated in the afterlife, the digital life. We understand mestizaje as a catalyzation of the baroque, one that functions as life expansion, where life becomes a surge of electric substantiation. Mestizaje carries the antidote to its own venom, as a force that conducts us to terrible contingencies and cacophonies of turbulent gods: brutality pulsating from the Ancient New World. It conceals an irreparable vacuum of permanent volition, where silence and trauma meet as an understanding of the past, yet also of prolonged intravenous warfare. Mestizaje, in the post-colony—after the fall of the nation-state into a parallel illegal regime—exists suspended in rhizomatic relations, primarily when we remember to look back at the margins. The reading of these images is not without a homoerotic gradience: bodies penetrable by all sides. However, these images are not condescending, for they are our own. We are simultaneously the torturer and the mutilated body—free of inferiority and superiority complexes, but also free of the complex of equality.

Find this full text in the printed version of  The Liquid Gates of Time here.

A Shelter For Survival