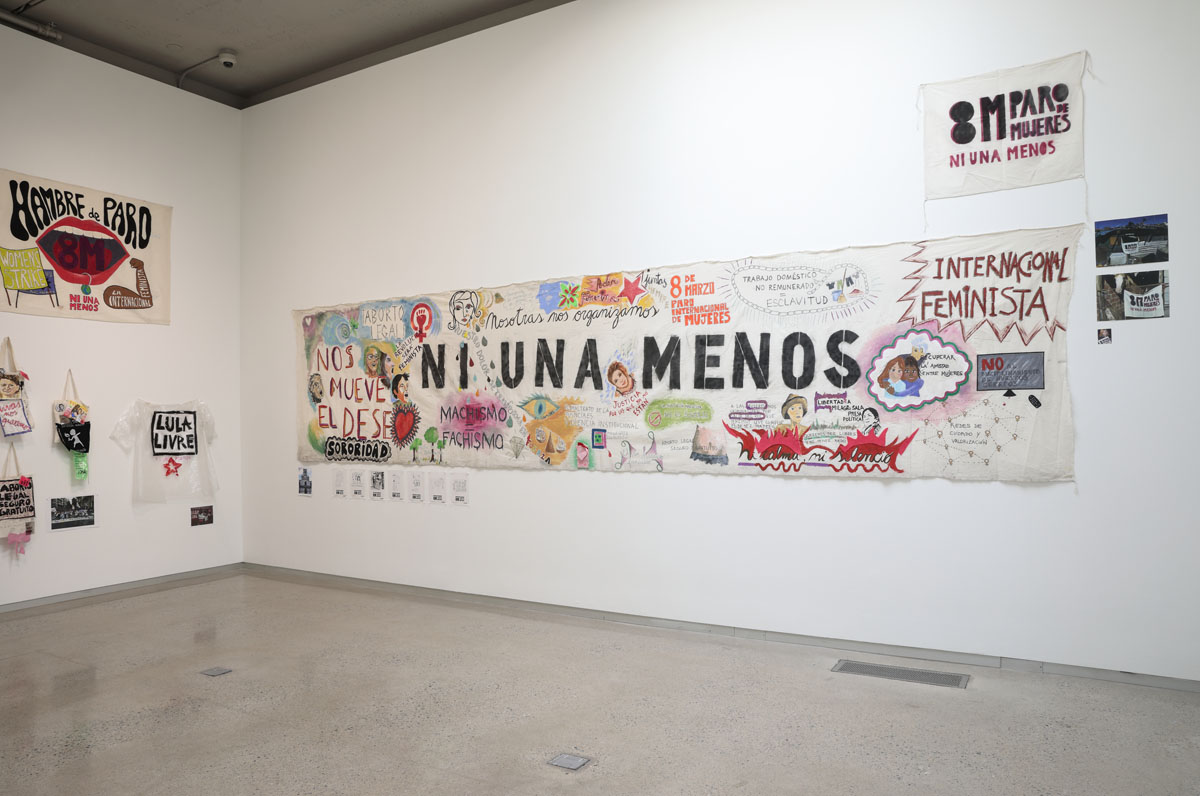 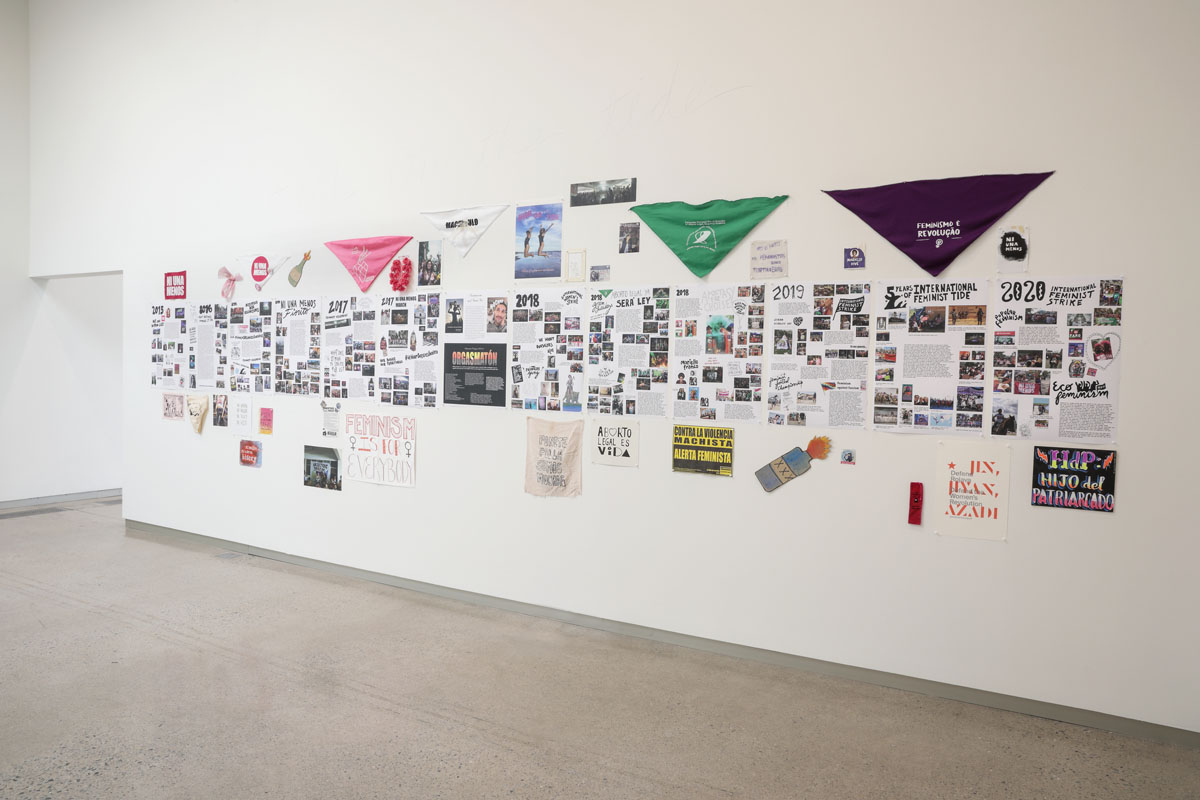 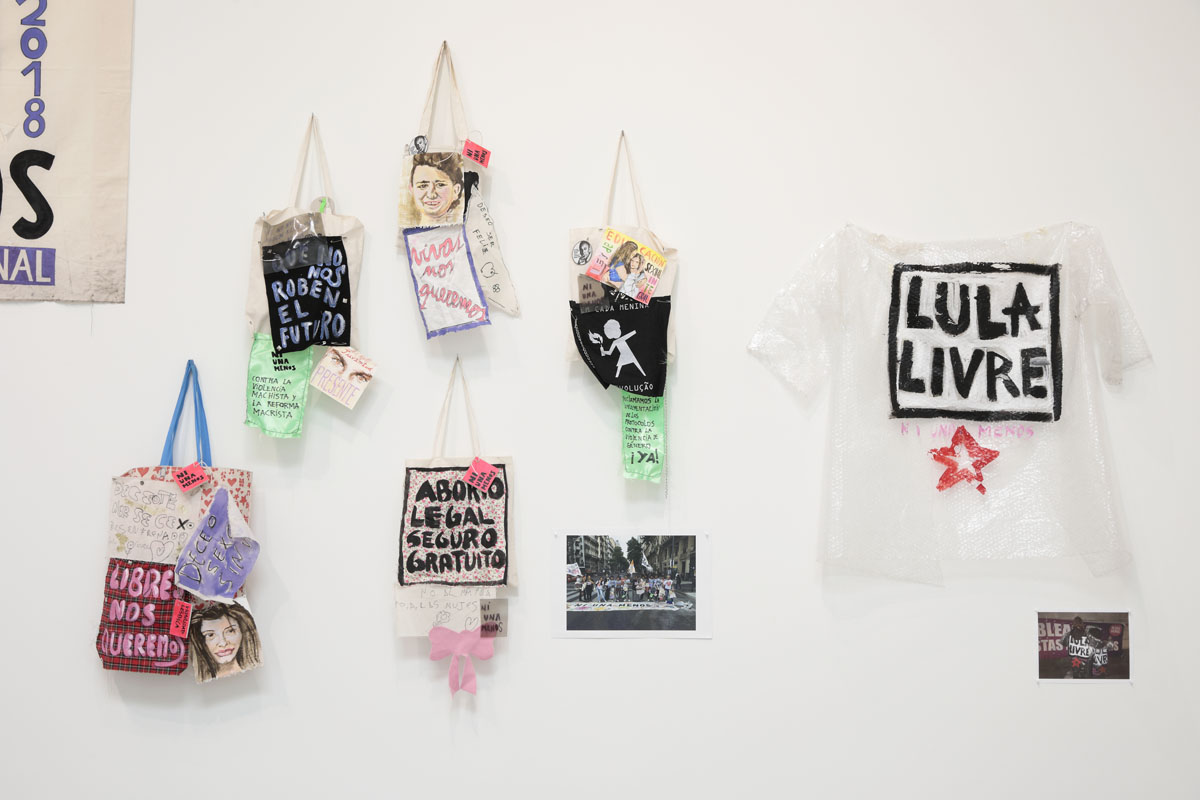 As Everybody explores work from the last ten years by Argentinian multimedia artist Fernanda Laguna (b. Buenos Aires, Argentina,1972), highlighting her aesthetic and feminist activism. Laguna’s first solo exhibition in the United States, As Everybody weaves together various facets of her practice as a painter, illustrator, sculptor, and filmmaker; novelist, poet, and editor; as well as activist, community worker, and curator of alternative art spaces.

Laguna, whose work is in the collections of the Guggenheim, LACMA, and the Reina Sofía among other museums, emerged in the 1990s and early 2000s as a pioneer in queer and feminist literature, and as a maker of drawings and paintings that combine kitsch and folk art styles with traditions of surrealism and abstraction that have been prevalent in Argentina through the modern period. Beginning in 1999, she founded and ran the now-legendary collective art space and publishing platform Beauty and Happiness (Belleza y Felicidad) that provided opportunities to artists and writers in Buenos Aires during a period of significant economic hardship. Laguna, who writes under the literary pseudonym Dalia Rosetti, is the author of Dreams and Nightmares (Sueños y pesadillas) and her next novel The Fire Between Us (El fuego entre nosotras) is forthcoming from Random House.

As Everybody will include:

As part of Public Study—a recently launched initiative that invites the public to engage with the open-ended and collaborative processes behind the ICA’s art and research—the ICA has organized two virtual public programs in conjunction with As Everybody that will allow audiences and community members to engage with the exhibition and its themes. On September 26, the ICA in partnership with scholar Cecilia Palmeiro convened eight activists from Argentina, Brazil, Chile, Italy, Kurdistan, Turkey, Spain, and the U.S. for “Five Years: The Global Feminist Tide,” a conversation on feminist internationalism and feminist organizing. The public conversation expanded on the political connections explored in High on the Tide (Mareadas en la marea), curated by Palmeiro and Laguna. On October 10, the ICA celebrated the opening of As Everybody with “Fernanda Laguna & Dalia Rosetti: In Conversation,” a virtual bilingual conversation between the artist Laguna and her literary pseudonym, Dalia Rosetti that covered their shared interest in queer and women’s erotic desire, faux-naïf personas, vulnerable materials and states of mind, and vernacular traditions in Argentina.

To Paint From What is Given: Beatriz Gonzalez's Obsession with Images

«All You Can Carry» by Greg Ito at ICA, San Diego