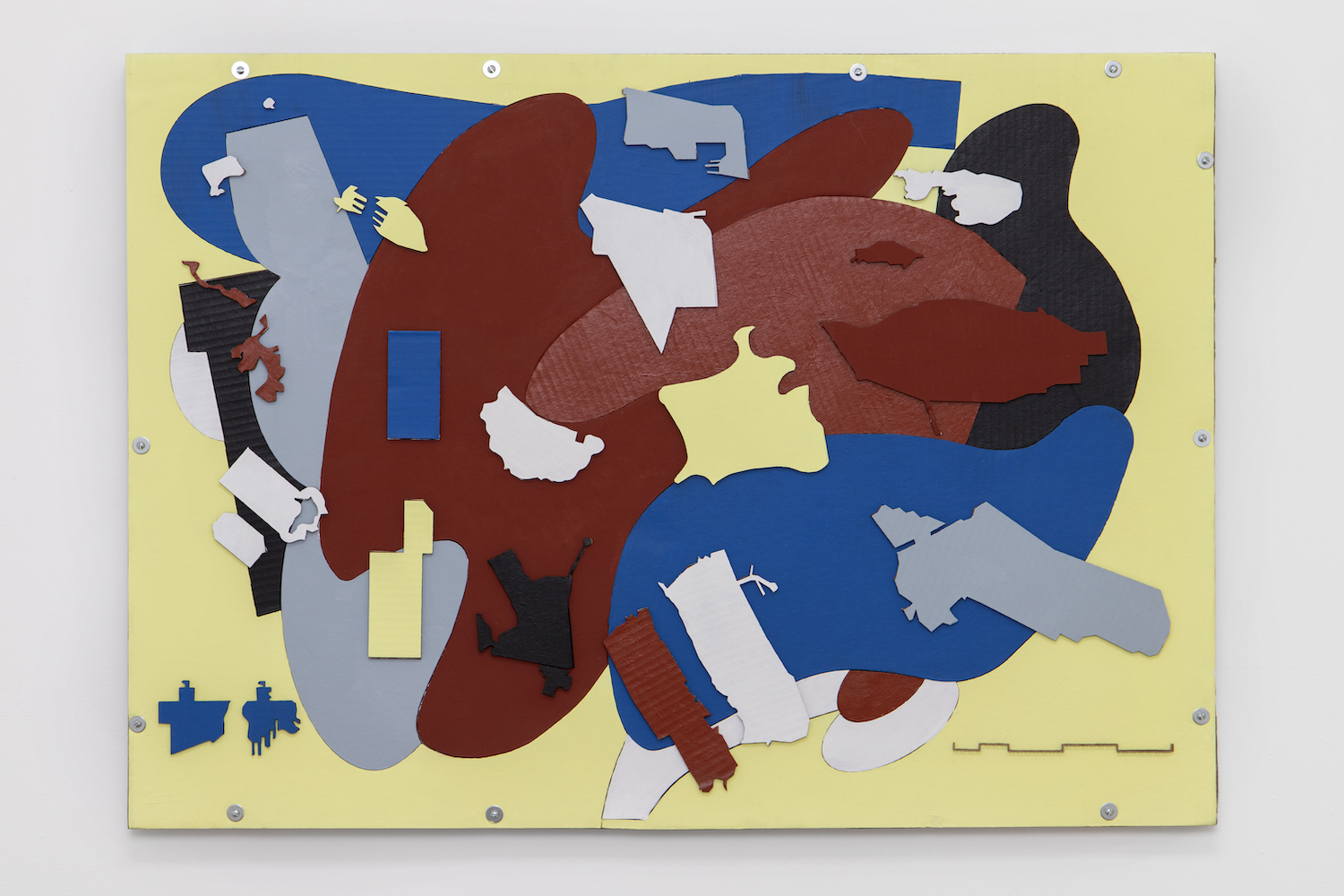 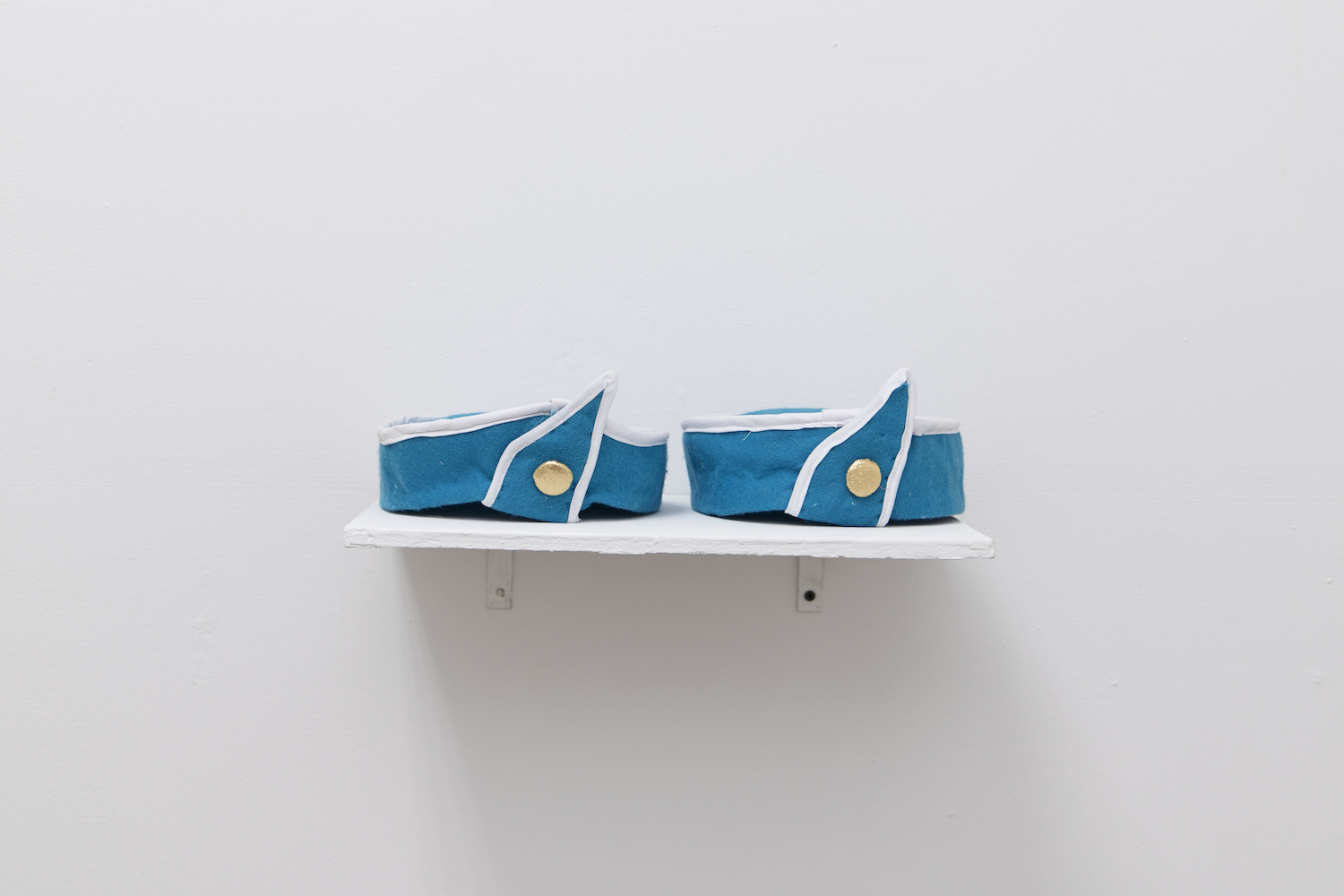 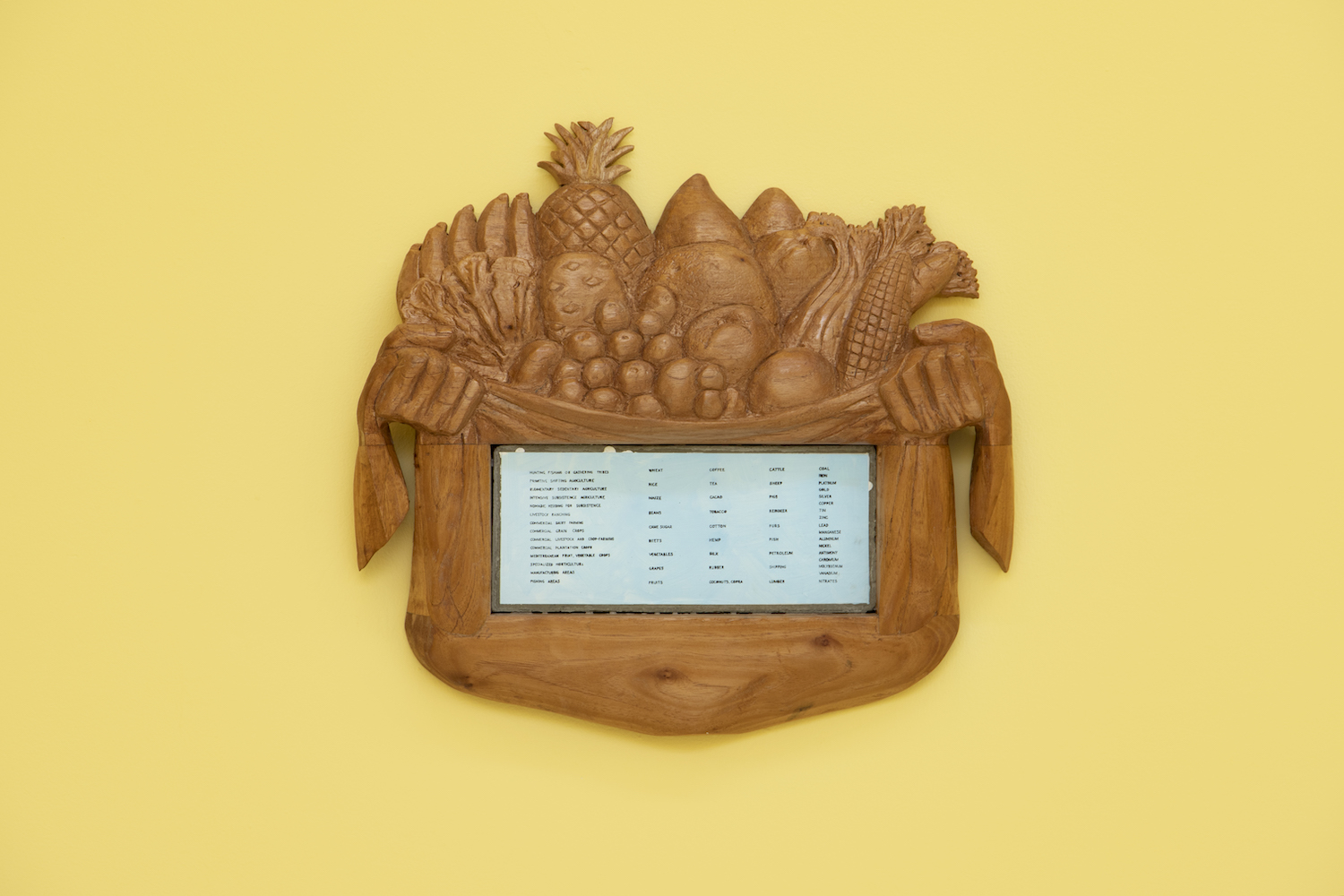 Embajada presents a two person exhibition from mexican artists and colleagues Wendy Cabrera Rubio and Josue Mejía. This is the artists’ first solo exhibition with the gallery.

In the exhibition La isla donde nacen las leyendas (The Island Where Legends Are Born), the Mexican artists Wendy Cabrera Rubio and Josué Mejía continue exploring the possibilities that maps offer, as objects with a visual language of their own. The pieces of this exhibition form an artistic cartography that explores the imaginative potential of the reinterpretation of maps and the elements that form them. On this occasion, the artists play with the idea of an artistic topography of the islands and what’s possible to reveal on the visible and invisible layers of an image.

The two maps of the exhibition take as a reference a layout of the Golden Gate International Exposition (San Francisco, 1938-39) designed by Ernest Born, and the mural panels that formed part of the series Aviation: Evolution of Forms under Aerodynamic Limitations (New York, 1937) by the artist Arshile Gorky. The artistic maps that served as references were made in the context of sponsored projects by the Work Progress Administration (WPA) Federal Art Project. The maps and the reinterpretation of the Mexican artists present, through a game of abstraction of forms, the capabilities of an image to reveal hidden layers of reality.

The layout of Treasure Island, an artificial island constructed ex professo to harbor the Golden Gate International Exhibition, shows a territory whose radioactive past is impossible to ignore. Once the fair concluded, the island was used as a military base, in which ships that had been exposed to atomic bombs during the 1940 and 1950 decades were sheltered and repaired. For the artists, it is important to trace an analogy with the Island of Vieques in Puerto Rico. This territory is also a remnant of explosive residues, as a result of the military activity of the United States, that used it as a training target for their military experiments from 1945 to 2003. The superior topographic layer, the most evident, reveals two paradisiacal territories that are today highly quoted by real estate development. But the artists want to focus their view on the next layers, the ones most invisible, in order to demonstrate that the subsoil and ocean that surrounds them are still charged with a high level of toxicity.

The set of pieces that make up the rest of the exhibition is a selection of the cartographic elements that are extracted from the series of mural maps Pageant of the Pacific by the Mexican artist Miguel Covarrubias, that were also designed in the context of the Golden Gate International Exposition. The artists retake some figures of the maps to transform them into three-dimensional ceramic objects. By presenting the figures as objects in and of themselves, the artists want to hide the map and leave only the indications of the materials, highlighting their mercantile qualities.

Wendy Cabrera and Josué Mejía retake this exposition with the idea of the evident layers and what underlies in a work of art. The apparent didactic function of the pieces does not exclude a complex reading of reality and allows questioning the communicative worth of contemporary art. These cartographies pretend to surpass the limitations of the maps as two-dimensional objects, and therefore, offer a dynamic and complex vision of a tense political and ecological reality.

Josué Mejía was born in 1993 in Mexico City, Mexico, where he currently lives and works. He graduated in Visual Arts and Design at Universidad Nacional Autónoma de México. He is currently enrolled in the Educational Program of SOMA (2018). He has participated in the Young Creators Program of FONCA (2017-2018) in the category of Alternative Media. In addition to his artistic work, he was part of Galería Autónoma FAD and he is currently a collaborator in the Laboratorio de Instrumentación Espacial LINX in the Nuclear Sciences Institute at the National University of Mexico. His work has been presented in the Guanajuto International Film Festival (2016), in the short documentary selection and in independent spaces such as NIXON, Mexico, (2017), Bikini Wax EPS with HG build fighters 1/144, Mexico (2017), and el Colegio Nacional en Libertad por el Sabor, México (2017). Recent exhibitions include Otrxs Mundxs, Tamayo Museum 2021; DOCUMENTO, Embajada 2020.