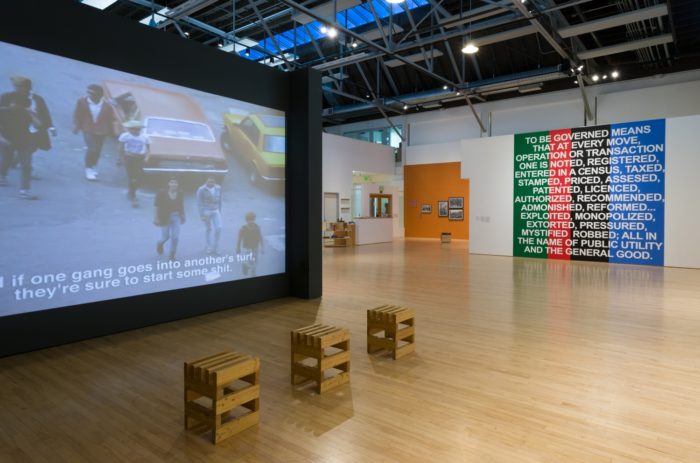 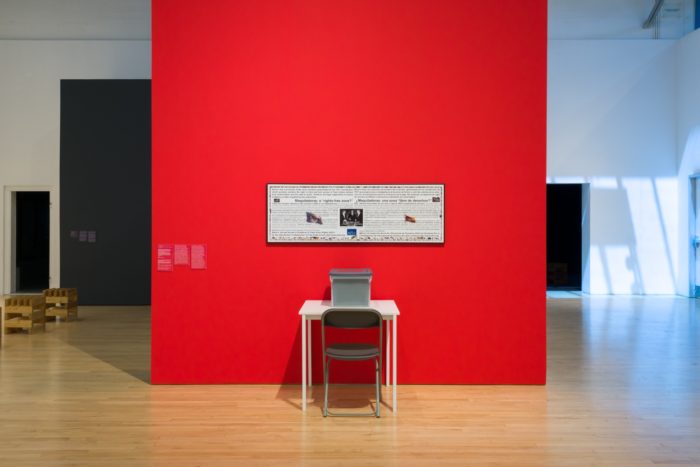 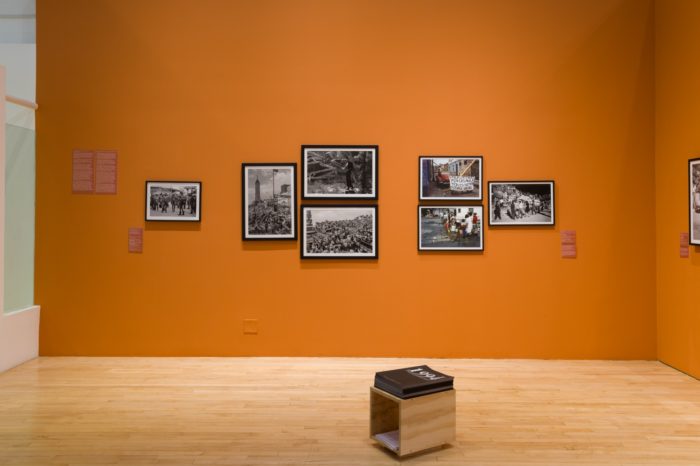 The Armory Center for the Arts presents Down and to the Left: Reflections on Mexico in the NAFTA Era  [​Abajo y a la izquierda: Reflexiones sobre México en la era del TLC]​,​ a group exhibition in the Armory’s Caldwell Gallery. The exhibition was conceived of and organized by Irene Tsatsos, Director of Exhibition Programs/Chief Curator, and co-organized with Daniela Lieja, Contributing Curator.

The 1990s were a period of fervent change throughout Mexico. With the decade’s emergent transnationalism and neoliberal thrust, boundaries between the local and global all but vanished. Cultural exchange between communities, countries, and continents became more fluid. The transnational economic boom accompanied –and signaled– a consolidation of neoliberalism. The formal push of NAFTA ushered that process and helped define that decade in Mexico and throughout North America. Many in Mexico –artists, activists, and others– reacted against it, predicting a disaster. For example, the Zapatista rebellion declared war against neoliberalism and the government, and simultaneously galvanized many artists who began to explore art-based forms and ideas in other areas, such as the academy and theory, pedagogy and education, and activism. A new Mexican contemporary art of the 1990s was forming. Many of the works included here depict socioeconomic and political climate and contradictions, including vast discrepancies in wealth and social status, and actions of political protest and social unrest.

According to Tsatsos, “the show was conceived of over a year ago, when researching contemporary art practices in Mexico of the 1990s and listening to the rhetorical bluster that characterized the US presidential campaign. With that bombastic rhetoric now influencing the shape of US foreign and economic policies, the themes in this exhibition are painfully acute.”