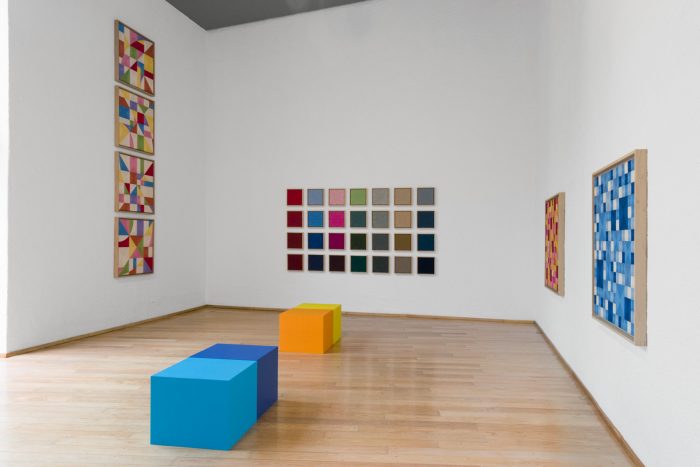 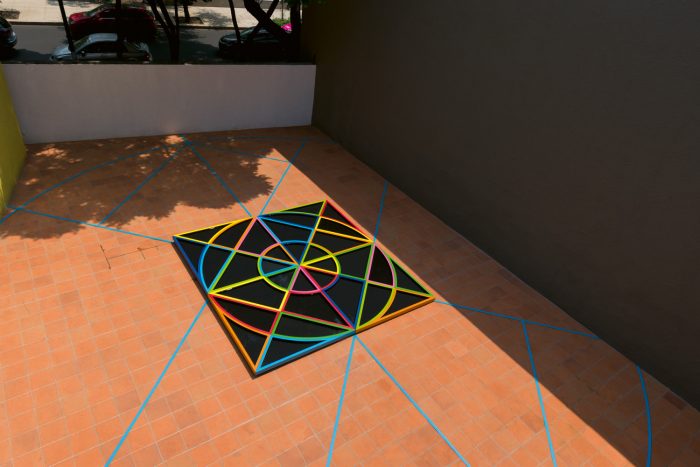 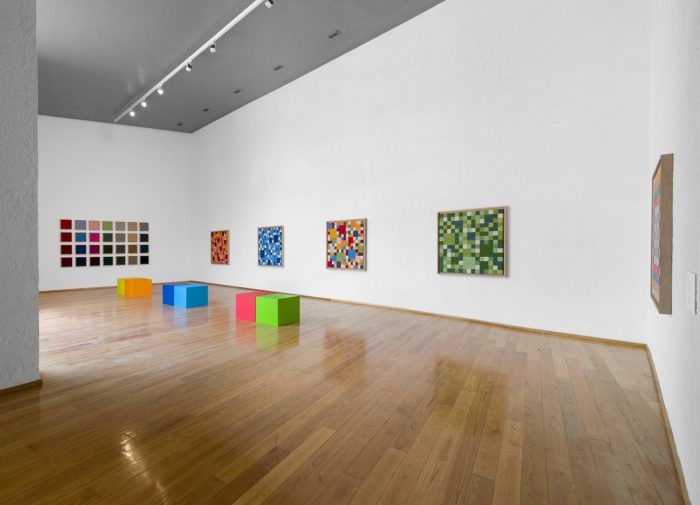 According to philosopher Michel Onfray, these new times are of acosmic civilization: the times of those living in cities under a logic of productivism, distanced from the cosmic wisdom of our ancestors; in some sense, those of us who are victims of specialization and efficiency. In his book Cosmos, specifically the chapter “The Day After Tomorrow, Tomorrow Will Be Yesterday,” Onfray speaks of the Roma people and their traditions in order to develop a critique of what we consider to be “the uncivilized.” These wandering people, he tells us, can have a relationship with time that is different to that of others “who are victims of their activities and waste their lives making a living.”[1] Theirs is the time of ontological truth, of pure presence in the world. These notions resonate with the humanist thinking of Eduardo Terrazas (Guadalajara, Jalisco, 1936), who four decades ago, and from multiple battlegrounds, began dealing with projecting spaces, images, and situations that create awareness of our relationship with the environment from our spaces of privilege as thinking, sentient beings.

COSMOS is one of several series that Terrazas has been working on since the early seventies under a broader umbrella he refers to as “possibilities of a structure,” expressing a clear interest in performing a permanent inquiry into the relationship between art and life. Various times coexist in Eduardo Terrazas’s COSMOS: westernized and non-westernized time; fast and slow time; the time of the relationship with the environment and the time of the relationship with oneself. From this series onwards, Terrazas establishes in his work and thought an essential connection with artisanal production and geometry as a universal language. In the late sixties, Terrazas met Huichol craftsman Santos Motoapohua de la Torre de Santiago, with whom he began a collaborative relationship that continues to this day. Terrazas observed and learned from him how to apply the technique used by the Huichol to capture scenes related to gods and symbols from their worldview, with a sacred geometry that emerges from meditative states or trances. In this technique, threads of yarn are meticulously applied on wooden boards or frames coated with Campeche wax, forming sections of color and creating scenes that emerge in different shades depending on how the strands are placed. This encounter is attended back and forth by creative thinking that evades folklorism.

From the language of geometric abstraction, Terrazas deploys different images that essentially start from drawing. It is everyday work on an intimate scale, on a sheet of paper or a notebook and later adjusted in size, color, and technique, forming part of one series or another—tossing into the world new shapes and images that, in his words, attempt to contribute to the creation of a perception of the world that is more congruent with global reality, while opening a space for reflection and contemplation that is fully situated in present time.

This way, Terrazas’s works are testimonies of invested time, and they are also the result of placing his works “in context.” Some are produced in the artist’s studio in Mexico City and others in a village in Mexico’s Sierra Madre Occidental, the mountain range where Santos Motoapohua de la Torre de Santiago lives and works with his family. The artworks and their creation therefore respond to the rhythms of the people collaborating on them and entering meditative states, and to the materials’ times and their relationship with the climate.

For the Museo Experimental el Eco, Terrazas intervened Mathias Goeritz’s emotional architecture, placing a large reflecting pool in the museum courtyard and transforming the place into a sanctuary of sorts that mirrors the sky on its surface and makes us partake in what in many senses is an extended gaze. This piece emerges from a hybrid position of artist and architect. It understands the place’s symbolic and spatial needs and creates an environment for the conciliation of non-utilitarian time allowed by beingin-habiting. It also arises from an absolutely critical position, from environmentalist and humanist thinking at a time when it’s not enough to talk about concerns and we need to talk about survival. The topicality of Eduardo Terrazas’s work has to do with the very clear intention of contributing to the world it belongs to an awareness of responsibility towards others and towards the place we inhabit. We are part of this COSMOS from the second we set foot in El Eco, intervened by blue lines that trace a new geometry unfolding beyond the museum’s walls and towards infinity.

—Text and curatorship by Paola Santoscoy