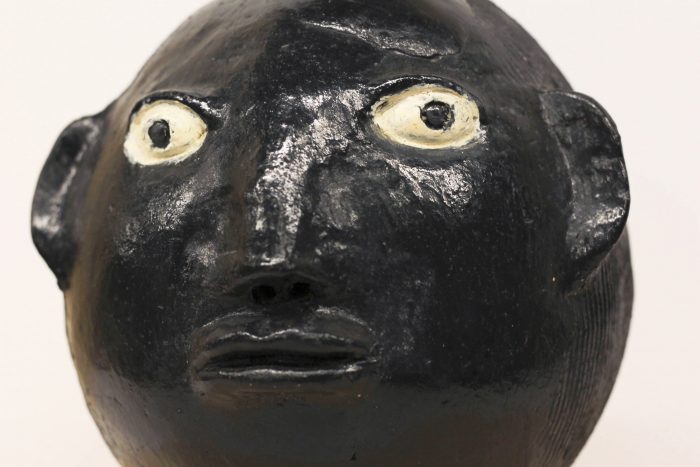 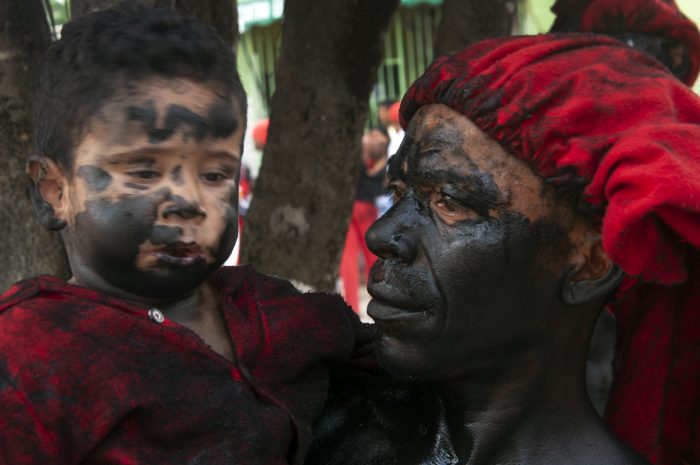 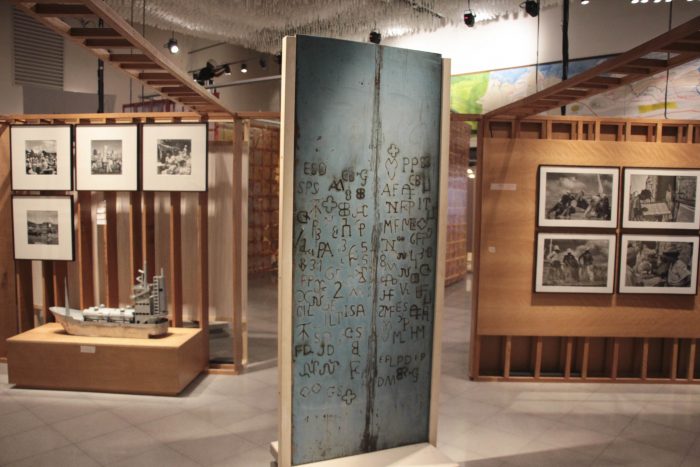 “Northeast of what?” The question and provocation by Yuri Firmeza is what motivated the exhibition À Nordeste, that Sesc 24 de Maio is hosting. Curated by Bitu Cassundé, Clarissa Diniz and Marcelo Campos, it features a selection of 275 unique artworks, from a wide range of languages and on a diversity of supports, from mud to memes, by 160 artists who are for the most part, but not exclusively, from the Brazilian Northeast. Artists from different contexts, working with a broad spectrum of artistic genres and interests are placed into mutual dialogue: in common, they share a throbbing production that problematizes the existing mindset in regard to the Northeast while questioning the traditional—physical and metaphoric—places of being in the world. The spelling of À Nordeste—which by normal grammar rules would be Ao Nordeste—is designed to make the reader do a doubletake, breaking the spell of the regional stereotype:

“This exhibition does not aim to suggest any regional identity. With this very rich, diverse and heterogeneous set of artworks and artists, we have no intention to present to the public what the Northeast is today, but rather what it is to be “to the Northeast.” Here we are talking about a position (and its constant repositionings) and not an identity. From this perspective, we shed light on political and aesthetic interplays, marked by counterpositions in relation to the hegemonies and centralities, as well as to other peripheries, in their most widely diverse meanings,” states Clarissa Diniz.

In order to update the researches they had already carried out concerning the region, to get to know new artists and projects and, in some way, to frame the exhibition’s curatorship, the curators—sometimes all three of them, sometimes just two, and rarely, individually, though in the company of representatives from Sesc—revisited the nine capitals of the Northeast, as well as some other significant places in these states. In practice, the research trips took place from August 2018 through January 2019.

“We began these trips and visits to the field in the second semester of last year, right in the midst of the national election process. In this period, the Northeast was going through a rather unique, reinvigorating moment, in counterposition to an idea of Brazil that wound up prevailing in that context,” Diniz explains. “We were able to see a Brazil in transformation, based on a Northeast of many struggles, mobilizations and demands in regard to its issues,” adds Bitu Cassundé.

“We have juxtaposed renowned artists together with cultural creators who are not part of the circuit currently understood as the contemporary art circuit. Here, we do not hierarchize the different forms of production of culture, as was once done between ‘refined culture’ and ‘mass culture.’ This group fulfills a desire, which is to convey what the region is today and what questions are in vogue there. The exhibition is much more about the presence of a production of the now and its creative potential,” states Marcelo Campos.

To help the public find its path through the exhibition, which due to the large number of artists and artworks resembles an art biennial, the curators divided the artworks into eight different but mutually permeable sections that branch out and cross-influence each other. They are The Future, Uprisings, (De)Coloniality, Work, Nature, City, Desire and Language. In them, preexisting artworks are articulated with 12 new creations, especially commissioned by Sesc 24 de Maio for the exhibition. Some of the works, moreover, were acquired during the research process. The following artists were asked to produce commissioned artworks: Daniel Santiago (PE), Arthur Doomer (PI), Gê Vianna and Márcia Ribeiro (MA), Ton Bezerra (MA), Isabela Stampanoni (PE), Pêdra Costa (RN), Jota Mombaça (RN), Ayrson Heráclito and Iure Passos (BA), SaraElton Panamby and Nayra Albuquerque (MA), Marie Carangi (PE) and Alcione Alves (PE).

According to eight different keys for the reading of the artworks, in keeping with the proposal for each of the sections, the exhibition invites the spectator to dive into nonhegemonic perspectives and questions concerning the stereotypical views pertaining to this region. The Northeast thus emerges not as a place, but as a position, a situation amidst a thinking based on impositive, colonialist, extractivist mentalities that position the country’s Center-South like a resonance chamber and benchmark for aesthetic-formal behaviors.

The exhibition À Nordeste will rely on a series of resources for accessibility, such as video with sign language for the hearing disabled, audio description, and tactile reproductions and scale-models of selected artworks chosen together with the curators.