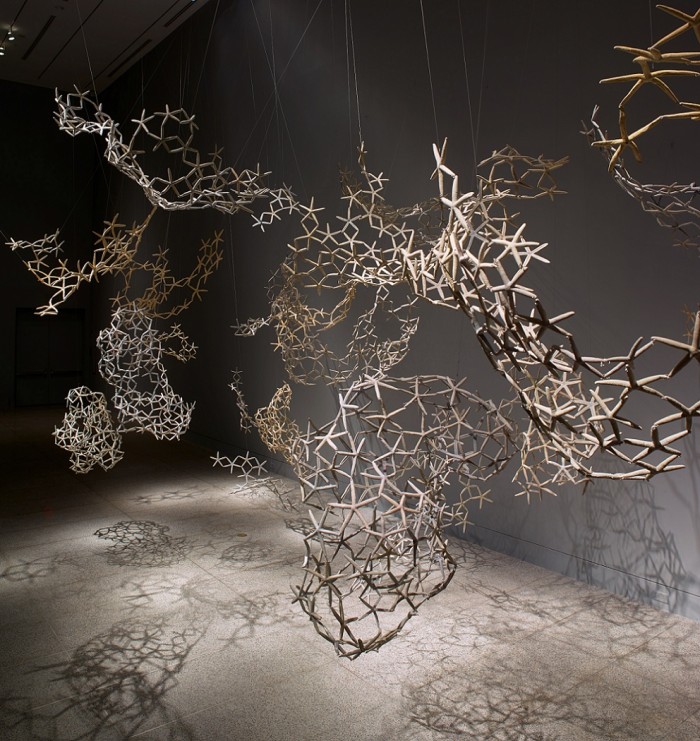 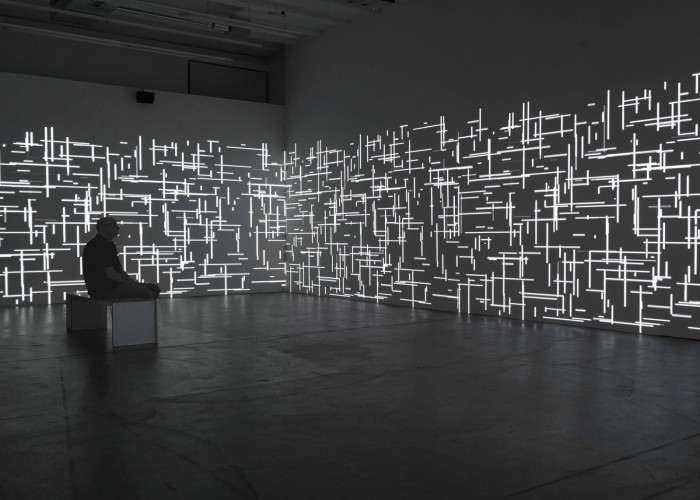 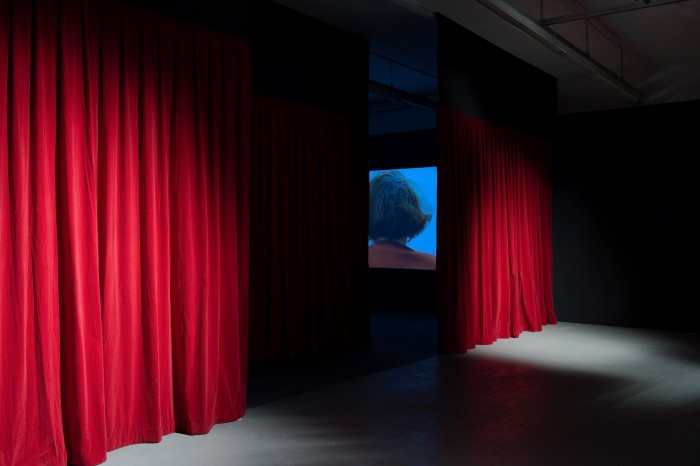 Curated by Mari Carmen Ramírez, Wortham Curator of Latin American Art and director of the International Center for the Arts of the Americas (ICAA), with Rachel Mohl, curatorial assistant, Latin American art, Contingent Beauty: Contemporary Art from Latin America is an exhibition featuring a selection of major works by 21 established artists from Argentina, Brazil, Colombia, Cuba, Mexico, and Venezuela. Encompassing a variety of media including drawing, sculpture, video, and interactive object- and video-based installations, the exhibition highlights contemporary artists who use seductive and engaging materials to convey their social, political, and environmental concerns.

The artists in Contingent Beauty intertwine aesthetic refinement with biting critiques of timely issues grounded in the complex realities of Latin America and its long history of colonization, political repression, and economic crisis. These issues range from poverty, violence, gender, government corruption, and globalization, to the war on drugs and the legacy of colonialism. The “beauty” of these works is contingent upon contextual interpretation. Each piece harbors a tension between opposing elements, such as beauty and violence, seduction and repulsion, or elegance and brutality.

Miguel Ángel Rojas’ Broadway (1996/2010) illustrates the idea at the core of this exhibition: A trail of more than 3,000 coca leaves precariously pinned to the wall functions as both a poetic statement and a powerful indictment of illegal drug trafficking. From a distance, the leaves could be a line of ants; up close, the allusion to farm laborers and the narcotics trade becomes apparent. María Fernanda Cardoso’s Woven Water: Submarine Landscape (1994) —26 clusters of dried, preserved starfish suspended in constellations at various heights — entices visitors into a mysterious undersea environment, while serving as an overt criticism of commercial tourism and the commodification of nature.

Estadística (Statistics) (1996–2000), by the renowned Cuban artist Tania Bruguera, was produced communally as the artist invited her friends and neighbors to donate and assemble locks of their own hair into a Cuban flag. By echoing women’s collectives who secretly sewed Cuban flags during the Cuban War of Independence, Bruguera’s flag creates an analogous resistance to Fidel Castro’s regime. Similarly, Yoan Capote spent eight years collecting teeth from friends, family members, and acquaintances in Cuba for his work Stress (in memoriam) (2004–12). The piece presents a metaphor for resistance in that a heavy concrete block is precariously balanced on top of rows of these teeth, and rocks back and forth in a grinding motion.

In the same vein, Johanna Calle and Regina Silveira employ everyday materials to create non-traditional drawings and explore issues of urban disenfranchisement. In Obra negra (Black Opus) (2007–08), Calle sews chicken wire onto cardboard to produce schematic drawings of the precarious dwellings of Colombia’s shantytowns and the feet of the children who inhabit them. Silveira, in turn, applies to the wall vinyl impressions of bare feet belonging to hundreds of Brazilian street children in her work Irruption (Oval) (2005).

Guillermo Kuitca’s Le Sacre (1992) is emblematic of these artists’ critical relationship with local and global concerns. Kuitca presents a series of 54 child-size mattresses that invite visitors to walk among them, discovering hand-painted city maps of unknown locations in the world that serve to unify the extremes of the personal and the global. Kuitca’s piece is among a number of large-scale works that draw viewers in for closer inspection. Tunga’s Lezart (1989) — a monumental sculpture made of elemental materials, such as copper, iron, and magnets in the shapes of combs, lizards, and strands of hair, arranged in disturbing juxtapositions — hints at a mythological narrative that is never clearly revealed. Towering at 9 feet tall, A negra (The Black Woman) (1997) by Carmela Gross is an imposing black tulle skirt on wheels that engages issues of race and gender in Brazilian society.

A significant aspect of Contingent Beauty is a suite of video installations that provide insight into the innovative scope and experimental range that the medium has attained since the 1990s, when Latin American artists turned to video as a means to reexamine history and question cultural constructs. José Alejandro Restrepo’s Paso del Quindío I (Quindío Passage I) (1992) is an immersive installation that confronts the viewer with footage from different locations of the Quindío Pass, a trade route leading from the central region of the Andes to the Pacific coast, thereby stimulating viewers to reconsider the history of colonialism in the region. In La passion de Jeanne d’Arc (Rozell Hospital) [The Passion of Joan of Arc (Rozelle Hospital)] (2005), Javier Téllez examines the biases surrounding mental disorders by enlisting psychiatric patients to reinterpret and reenact the 1928 French film classic. In the two-channel video Mecha (2010), Miguel Ángel Ríos uses strategies and resources derived from film to capture the violence and war-like atmosphere of the popular ancient Colombian game of tejo. In Teresa Serrano’s La piñata (2003), we watch as a man beats to death a piñata that is shaped and dressed to look like a woman from the Mexico–United States border. Using geometric patterns to connect to the natural world, Magdalena Fernández creates a video environment in which she synchronizes dots and lines of light with the sound of rain in 2iPM009 (2009).

Courtesy of the artists and The Museum of Fine Arts, Houston