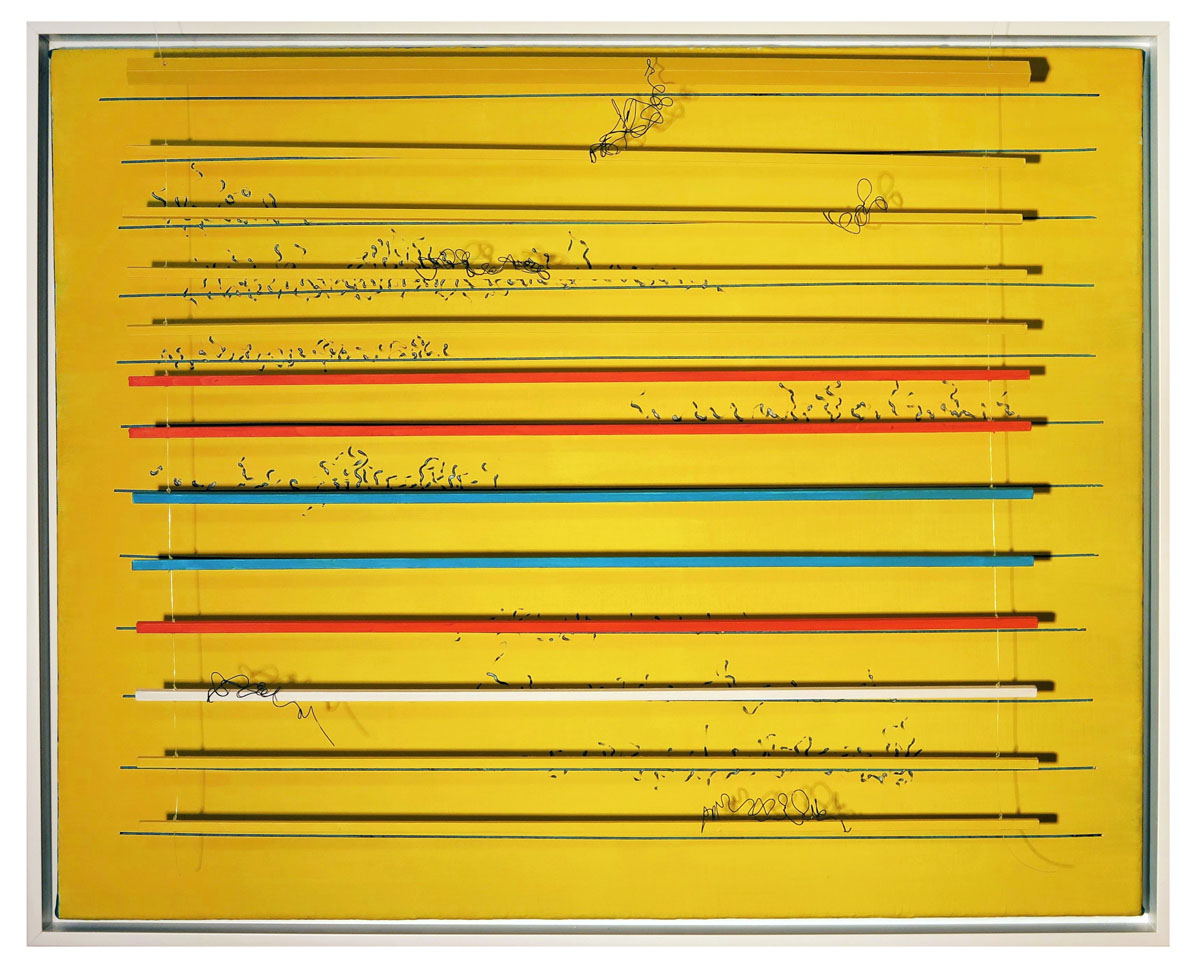 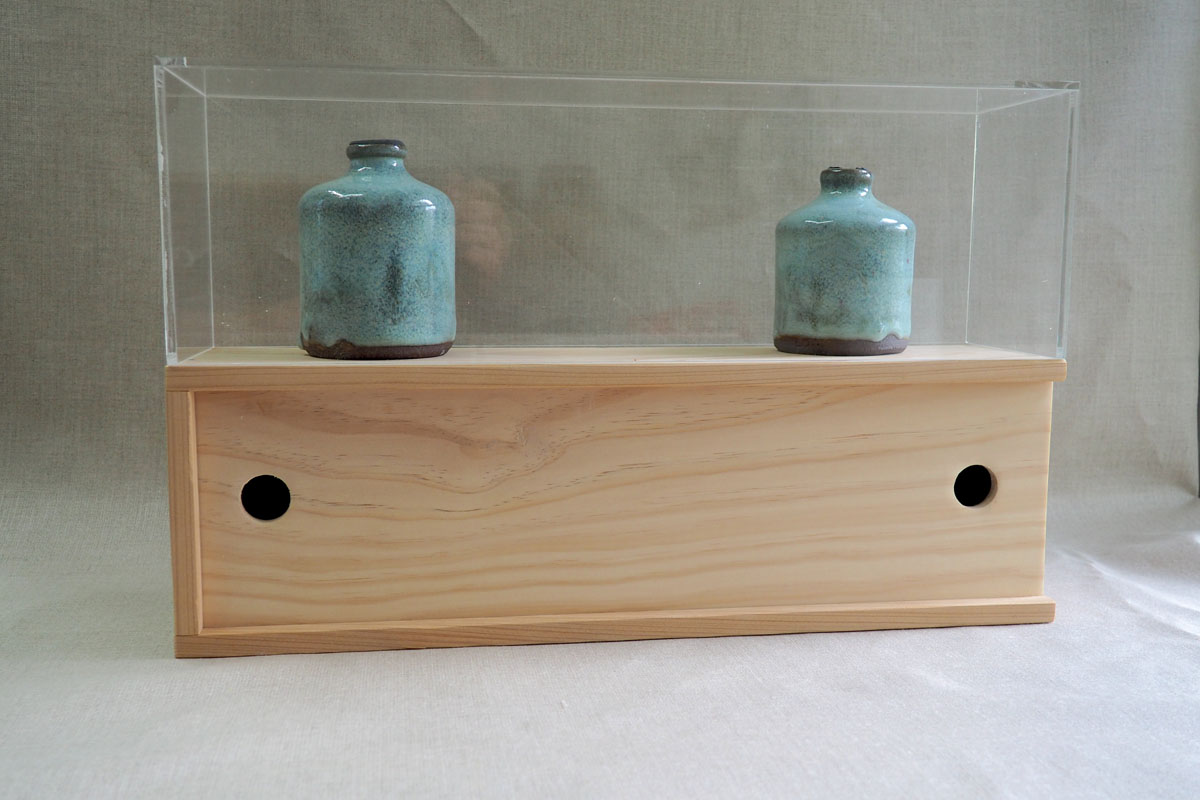 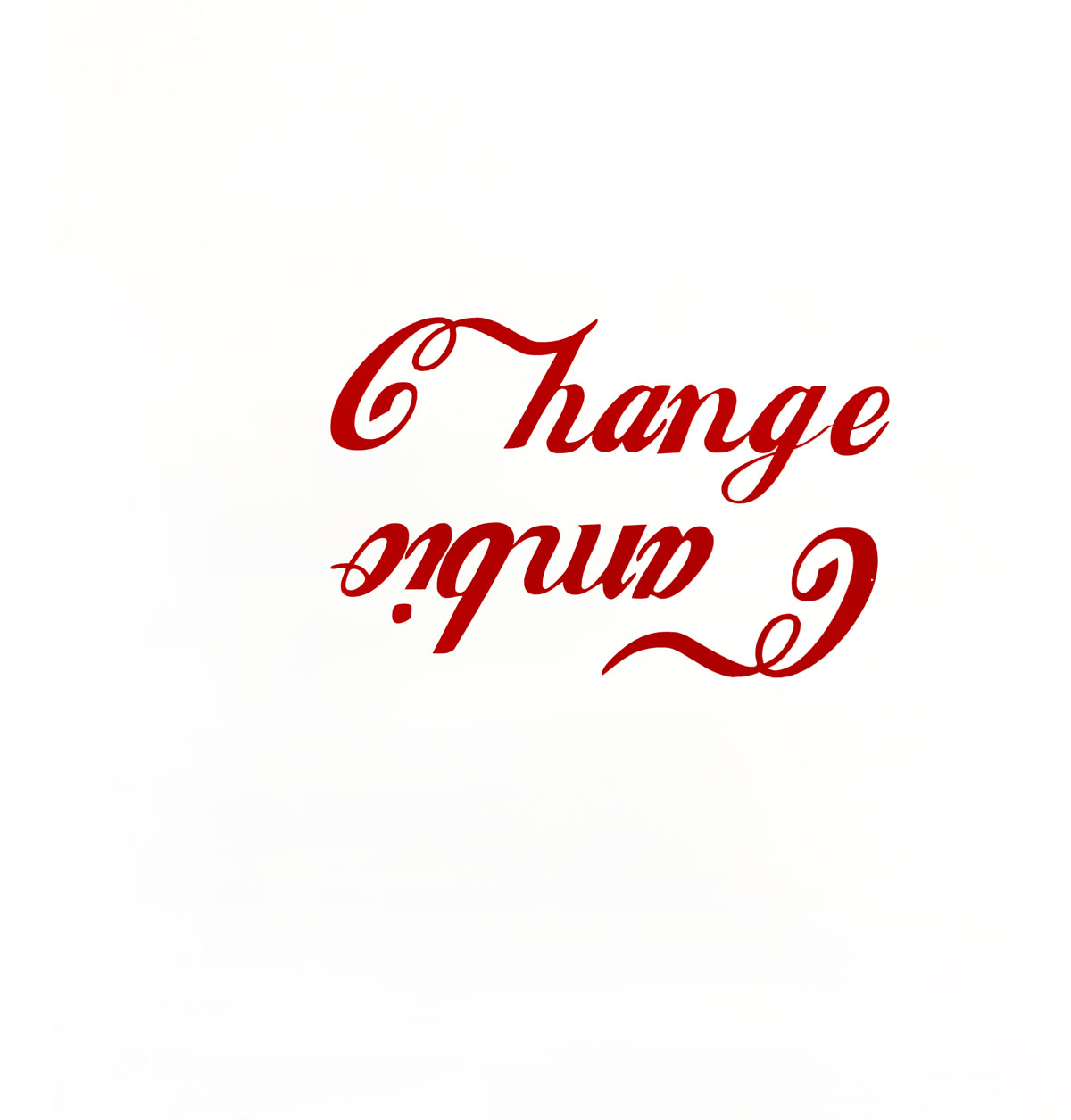 The themes found in the works of ​CON(TEXT) range from an appreciation of the visual, graphic forms of text itself and the action of writing in Cecilia Biagini’s work to the fleeting moments of clarity formed by it in Ethel Shipton’s. Text has the power to birth both transient and lasting images in the minds of those who view it; its presence in visual works of art pulls viewers in and asks them to consider the relationship between the image and the bits of language simultaneously. The eight artists in this exhibition, with their diverse approaches to artmaking and conceptual themes, are unified by their use of this element.

Ruiz-Healy Art will present Manos (Hands) at the San Antonio gallery featuring works by Richard Armendariz and Andrés Ferrandis. The exhibition focuses on the artists’ shared attention toward the language of materials and the vast physical and mental landscapes found only in our memory. The exhibition opens Wednesday, September 23 and will be on view through October 31, 2020.

While operating in the seemingly opposing fields of figurative and abstract art, Richard Armendariz and Andrés Ferrandis share more similarities than differences in their approach to artmaking. The artists invoke their painterly origins to explore traditional genres of painting by manipulating text, color and materials to guide the viewer into the less tangible realms of time, memory and self-reflection.

In Manos (Hands), Armendariz’s work concerns notions of chance and astrology. Light bulbs are introduced as the latest addition to the artist’s repertoire of iconography, creating a new constellation that evokes belief systems like astrology, and explores how these belief systems impact our outlook on life and the challenges we face daily. Using easily digestible elements like the color blue or a plant in a vase, the artist incorporates layers of references, challenging the viewer to think about what is below the surface.

Andrés Ferrandis is known for his evocative geometric abstract constructions redolent with the traces of perception. These works expose the complex mental landscapes created from brief moments, experiences and memories. With a matured focus on construction and color, the artist presents to the viewer a fragment of captured time that is at once past and present. Text is employed as a subtitle to the artwork, providing the viewer with a translation of what is being expressed. Inspired by his recent residency at CRIA in Baja California, the artist has also broadened his explorations into large scale, three-dimensional text pieces that elevate the interaction between the artwork, the viewer and the surrounding environment.

Ricky Armendariz’s ​conceptual aesthetic is heavily influenced by growing up in the U.S./Mexico border. Armendariz ​is known for his hand-carved paintings, text-based imagery and his large color-saturated woodblock prints that weave anthropomorphic narratives with tales of turmoil. Spanglish, as well as contemporary and folk song lyrics, appear frequently in his compositions.

Cecilia Biagini’s ​works are inspired by traditions of Latin American geometric abstraction. Utilizing a bold sense of color, line, depth and abstraction, the varied works find commonalities in their composition and playfulness. Evoking ideas of physics, the geometric shapes in her work are arranged in a manner suggesting movement and animation.

Nate Cassie’s ​work includes drawing, painting, sculpture, video and digital media. His thematic practice centers on what he terms, “spaces in between,” the gaps that distance surface from volume, skin, and structure, formal and intuitive systems. Cassie’s text works employ the written word as an implied value that reveals figurative forms and shapes​.

Andrés Ferrandis uses both intricate collage and sultry text in his signature style. His pieces are void of English and Spanish interplay, as he was born in Valencia, Spain and academically trained at the University of Seville. Ferrandis writes of his use of various media and text in his work.

Leon Ferrari​’s conceptual works touch on themes surrounding the atrocities of the West, religious institutions, and the Argentinian government. His two-dimensional works are characterized by text motifs and a signature “scratchy” mark-making style, which he uses to explore the intersection between art and the written word. Presenting text in visual art allowed him to broach political topics in the public sphere in a time when the Argentinian media was controlled by an authoritarian government.

Cecilia Paredes’ digital engravings are informed by her research of old maps, astronomy and astrological bodies. She creates new images of celestial maps by subverting their position in the sky, rearranging them and placing Zodiac signs in the compositions. In addition to this, she inserts phrases of her favorite poets, such as Jorge Luis Borges.

Katie Pell worked with media of all sorts, however, her true love was drawing. She used combinations of media and tools like text to expand the boundaries of what her drawings could relay to the viewer, often using text to reveal complicated thoughts and emotions.

Ethel Shipton’s practice is informed by a strong conceptual base that encompasses text in a playful manner. Through painting, installation, photography, and text, Shipton spotlights instants of clarity that flit by in the comings and goings of daily life. Her recent works are visual displays processing her recent artist residency at Künstlerhaus Bethanien, Berlin, Germany through Blue Star Contemporary.