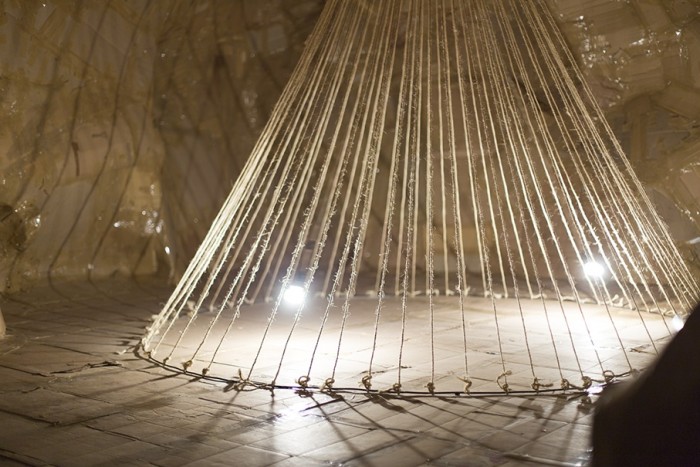 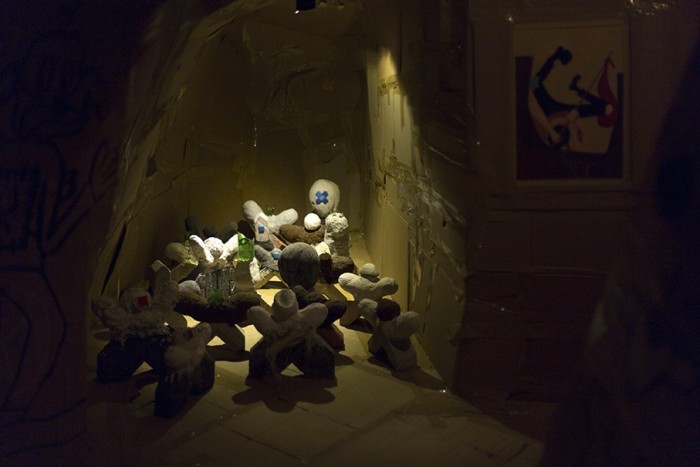 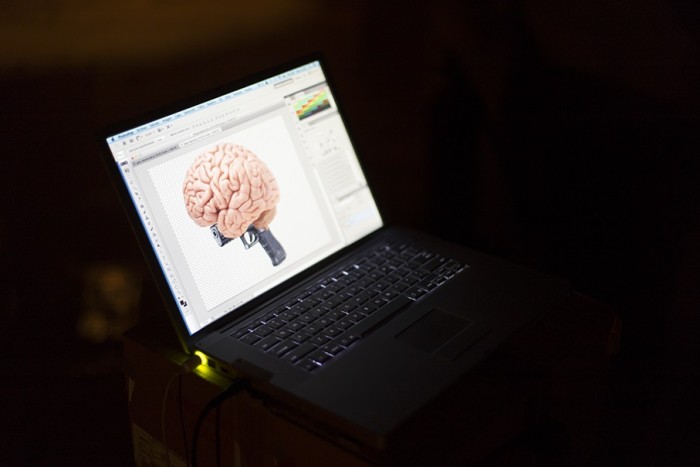 ESPAC is a private non-profit organization dedicated to encouraging and promoting the artistic practices through the creation of knowledge, taking as starting point our contemporary art collection. Three programs define our work: Audiovisual Art, Contemporary Painting and New Proposals.

In anticipation of the presentation of the program dedicated to new proposals, which will begin this year, ESPAC commissioned to Juan Caloca and Andrés Villalobos an exhibition. The result was Like ghosts that come out of the shadows and in shadows … they go, an art show which raises questions on the processes of representation and art display devices using Grutas, an installation made by artists Jonathan Miralda and Andrés Villalobos.  The works of seventeen artists are on display in this cave.

Like ghosts that come out of the shadows and in shadows … they go is a contemporary art exhibition immersed in the deepest caverns of the present. Contrary to the obvious, this cave is not the result of a primal search. This cave is a threshold, a passageway to other worlds, a new way of seeing and feeling. The cave serves as a metaphor for processes of representation, is an expanded drawing, a giant texture. This cave refers to the interior, to the depths of the hidden thoughts behind screens, images and humans. This cavity serves as an analogy to talk about television, and split the thought of being. Somehow this cave represents the origin, but not of humanity or of the term used in philosophy.

The intervention requires an effort from the viewer. The routes for transit will not be easily accessible, demanding an active interaction with both the space and the art pieces contained therein. Parts of the exhibition affect one another, form part of a whole conglomerate. They are not isolated pointing his artistic aura but are implemented in the cockpit to form one cannibalistic idea. Some of them eating the other, some being the other.

The Secret and the Abiding Politics of Stones