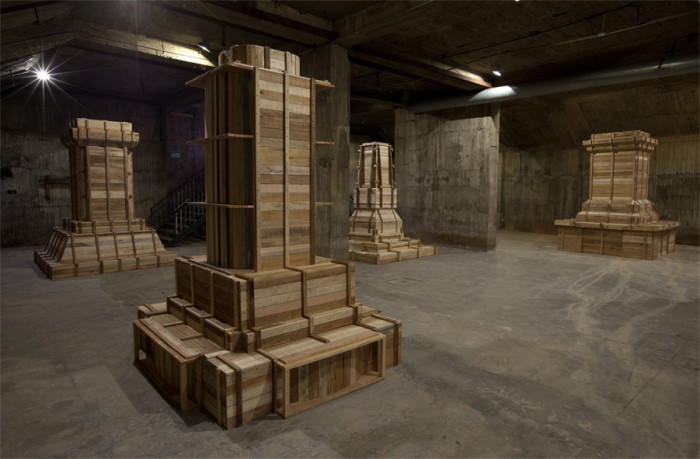 “The best of the world comes to very little in Saturn”

This year, Colombia’s arts institutions showed an effort to get more in line with the logic of the global art market, a market that only remembers there is such a thing as Colombia (as a destination on the yearly circuit, or in general) just one week a year. For the first time, it led to all the annual Luis Caballero National Visual Arts Prizes being packed into that same week of international attention. The prize works through a call for projects and honors artists older than 35; this year it occupied six different city venues. Among them, Juan Fernando Herrán’s project Héroes mil on Avenida Caracas’s Heroes’ Monument is quite coherent as an in situ intervention, starting with the oppressive nature of its placement within a monument which in fact undermines both its physical and symbolic solidity. This shell of a monument is as much an enormous exhibition space as it is a gloomy bunker in which Herrán installs a series of statue-less pedestals made out of industrial wooden shipping crates. Their serial nature dilutes the specificity of every ghost-hero and her/his corresponding historical episode, underlining the false effectiveness that goes hand in hand with the material inscription of any given idea of a nation. Another solid in situ project is Ornitología bolivariana by Alberto Baraya, at the Quinta de Bolívar, an installation that shifts a collection of natural history specimens from La Salle Museum into an already highly fictitious museography in nineteenth-century Latin American hero Simón Bolívar’s Bogotá residence. Most impressive of all is a stuffed condor—the bird is a symbol of the nation and an endangered species—that rests ominously above the patriot’s bed, part of a delirious narrative unforgettably stitched together in a concert by the artist and his band, La Gallada del Toche, who interpreted an imaginary nation’s foundational fable in the language of various Andean bird species. 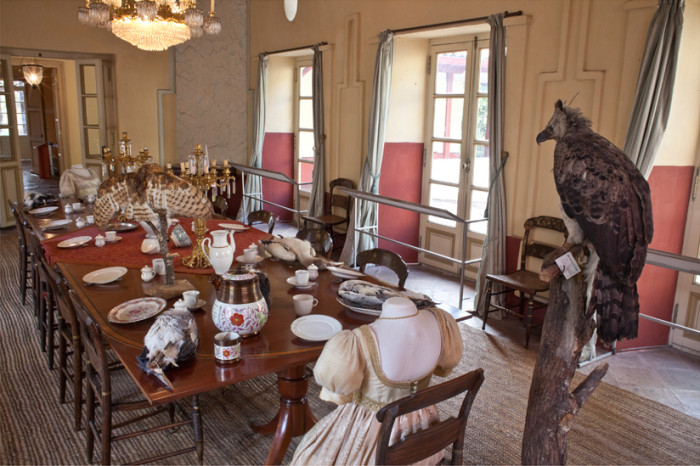 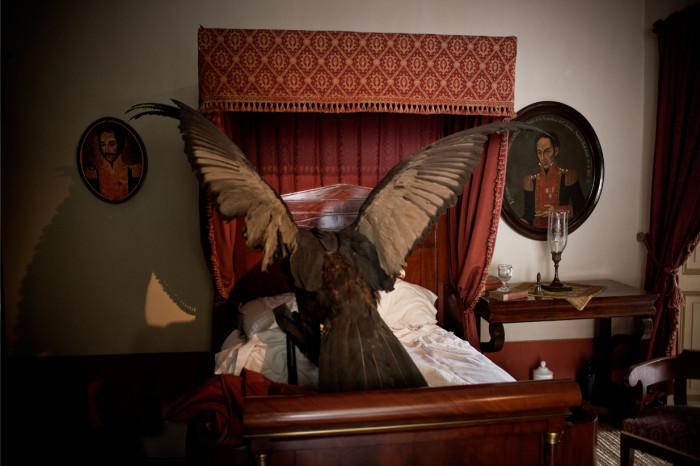 Beyond the Caballero Prize, the frenetic weeklong agenda in Bogotá and Medellín offers proof of “industry standard” quality exhibitions at galleries and institutions. Shows like these imply a paradox: on one hand, featured artists are increasingly of the more established variety and their practice is conceptually and formally complex, as is the case with Jorge Macchi at NC-Arte or Carlos Bunga at the Museo de Arte de la Universidad Nacional, both shows in Bogotá. It lets regional audiences actively compare this type of production to local endeavors. Yet on the other hand, this same factor to a certain degree homogenizes the scene, such that the spaces and the elegant artworks they display end up seeming like something from any other international art fair. Even so, as I made my way around the La Macarena quarter I was pleasantly surprised by a show featuring Bogotá-based artist Paulo Licona at Valenzuela & Klenner. For more than ten years, Licona has undertaken research on art-education processes in Colombia, most recently with his Lechona Art Institute project. While Macchi presents a subtle exploration on light’s materialization at NC-Arte, Licona’s perishable piñatas in gaily colored vinyl, portraying Atlas, and rainbows, also celebrate a lack of permanence, yet in a more destructive, far-from-optimistic and patently humorous manner imbued with bitter poetry. At FLORA ars+natura I came across an ambitious selection of projects by Colombian and international artists that is a testament to intense effort on the part of a fledgling institution that operates as a sort of micro-museum in the San Felipe neighborhood. With its program that focuses on the relationship between art and nature, what’s most interesting at FLORA are wide-ranging and interwoven modes of dialogue that serve to take on its stated themes as well as the major buzz its educational program—set to kick off in 2016—is creating in artistic circles. 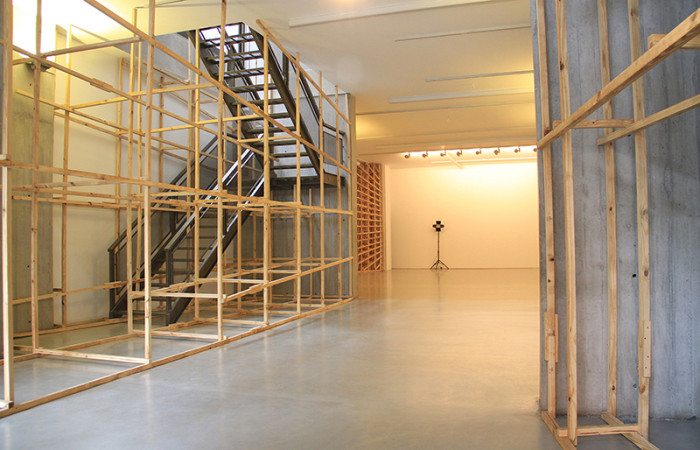 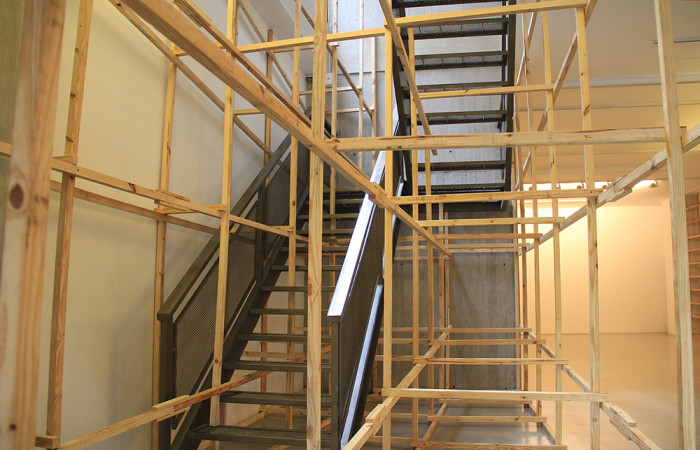 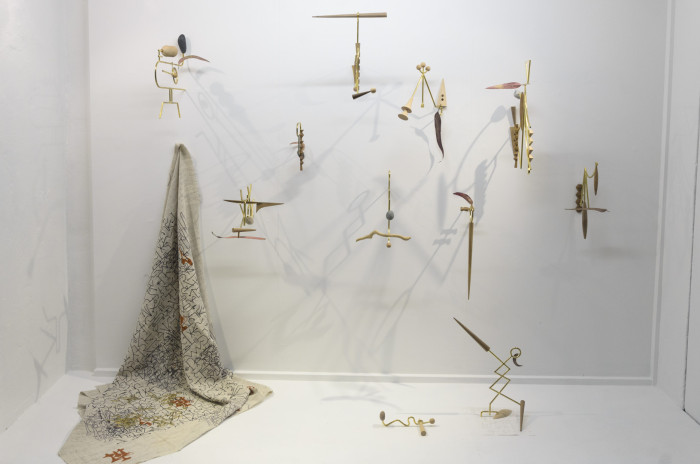 At ArtBo, once again the most stimulating, least “generic” selection is Artecámara, a singular space that functions based on calls for artworks from young artists; this year Mariángela Méndez was at the curatorial helm. It featured a selection that was marked by mystic and hallucinatory interests installed amid walls that rejected the obligatory grid and were instead set up in the form of a diamond. Installations inspired in geological and cosmogonic studies like those of Liza Mazenett and David Quiroga, or Colectivo Cucaracha’s galactic animism (by José Aramburo and Sofía Reyes) exhibit evidence of new interests that go beyond previous generations’ stifling artistic legacy of politically engaged denunciation. 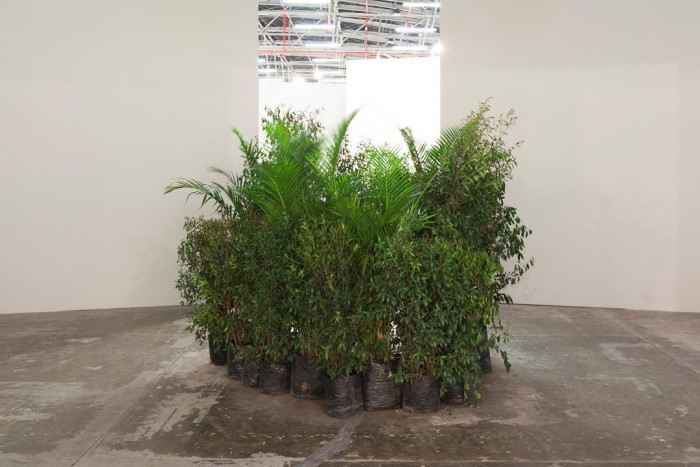 In Medellín, I visited the newly expanded, quite impressive MAMM, led by director María Mercedes González and newly appointed curator-in-chief, the Guatemala-born Emiliano Valdés. These two have made good on a mission of structuring an institution that offers an outlook at once critical and generous when it comes to education about its collection, through a sober selection that included Débora Arango’s most representative work and a review of the graphic archive from 1970s-era AGPA portfolios. Temporary exhibition openings included a smart show of work by Román Navas and Henry Palacio, curated by Inti Guerrero, that takes on the economic phenomenon of informal architecture (which strikes me as interestingly ambiguous vis-à-vis the new MAMM’s somewhat corporate architectural connotations). 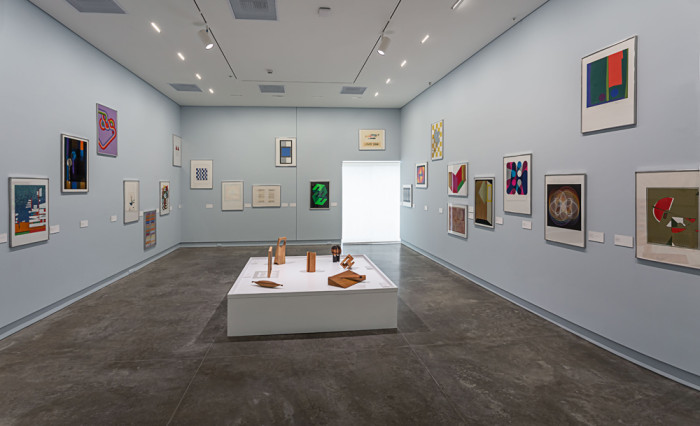 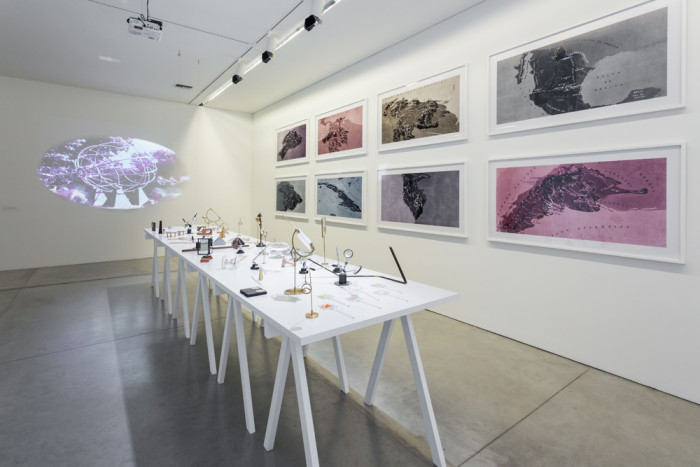 Finally, the Museo Casa de la Memoria in Parque Bicentenario was the most emotional part of my time in Medellín. An institution given over to the history of conflicts in the region and throughout Colombia, it concisely and chronologically recounts episodes from the nation’s complex bloodbath. That said, and as pertinently noted by one of my foreign colleagues during our visit, the museum does not emphasize the true political and economic interests behind the conflict; its mission is to dignify victim memory, an effort that, in an institution of this type, exerts a profoundly moving and authentic impact. Colombia is on the threshold of an end to armed conflict, set to arrive as part of much-desired peace accords struck with the FARC-EP guerrilla organization that are expected to finalize in March 2016. That said, this also signifies the nation is on the threshold of “post-conflict conflict” that will be articulated as part of President Juan Manuel Santos’s disastrous neo-liberal politics. Contrary to what Colombia’s Office of the High Commission for Peace has trumpeted, peace will not be “for all” nor “with all.” Yet in the end, the existence of this kind of institution is of vital and transformative importance since such contemplative spaces in fact serve to remind us of possible futures. 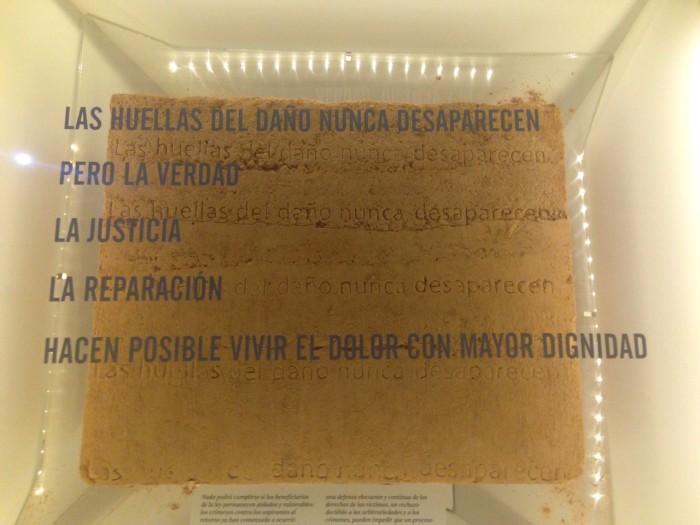 Then They Form Us