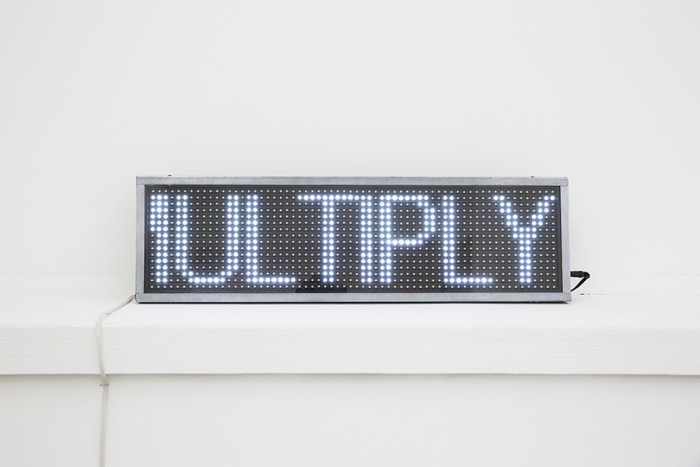 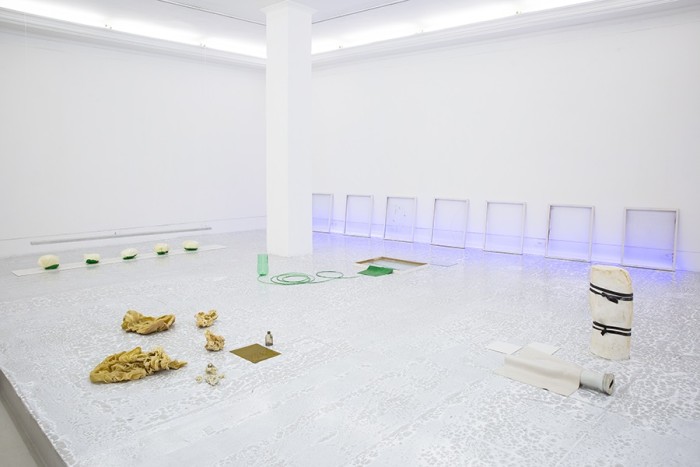 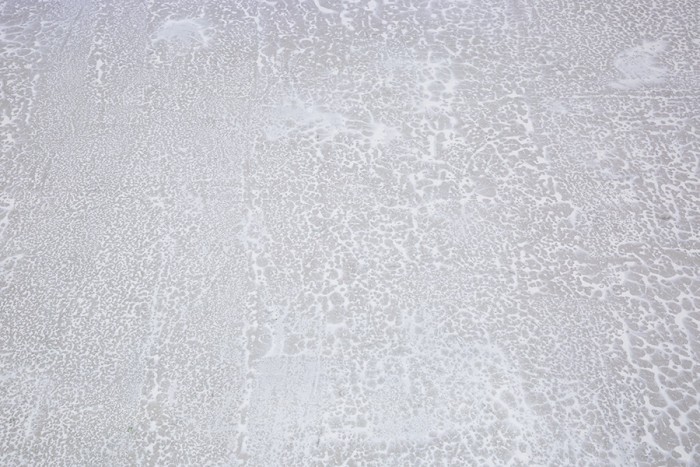 Celebrating three years of activities, KUNSTHALLE São Paulo invites Spanish artist Elena Bajo (*1976 Madrid) to present her first solo exhibition in Brazil. Adopting a conceptual approach, the artist focuses on social issues and artistic processes and conditions. Her research-oriented practice unfolds in the use of a wide variety of media such as sculpture, installation, painting, performance, film, text and also participatory projects and own publications.

For the project in Brazil, the artist chose to address capitalism political systems by comparing material labor of production lines of the past and immaterial labor of today. After a wide research of digital archives, Elena Bajo visited Fordlândia, the city founded by Henry Ford in the Amazon in the 1930s, for the industrial productions of latex, used in Ford cars’ tires. The city was all prefabricated as a typical American town, reaching the number of 5000 inhabitants, who lived according to the American way of life. The project failed because of series of reasons but mainly due to lack of knowledge of Seringueira’s handling (the tree from which latex is extracted), and the city was abandoned. What remains today are just ruins and some residents, who have occupied the American villa’s houses, previously built for Ford’s directive class, and tell the stories of how diseases were proliferating among trees and workers.

Transferring the logic of Fordist production to current immaterial labor, produced by Internet users, the artist speculates how corporations play Ford’s role today. At that time, Ford manufactured a completely artificial environment in the Amazon, imposing control over workers’ lifestyle and shopping habits, by even offering them facilities in the purchase of Ford products, which were actually manufactured by them. In the same way, nowadays companies, hired by big corporations, collect and analyse data from the Internet, not only to exercise control on habits and preferences of users, but also to develop products that will be finally consumed by them. Without realizing it, while using browsers and social medias, the cognitariat (term used by Franco Berardi to define the worker under cognitive capitalism system) is constantly producing information that generates products that are offered to us in the digital environment.

Making an allusion to both, the artificial environment created by Ford, and the digital environment of today, Elena Bajo creates the exhibition «Isle of Innocence», an installation with a window case character, composed of seven works: an environment to be experienced from a distance by the observer.

The first work, which links the entire installation, is the floor painting. Produced by the dripping of white latex paint, the work refers not only to the human gesture that imprints the individuality, but also to the latex bleeding from the Seringueira tree. Furthermore, by creating a white environment, the artist brings in the idea of “clean rooms”, referring to aseptic environments – the hospital in Fordlândia was the first one in Brazil where a skin transplant was conducted – such as the clean rooms where micro electronic components for computers and phones are assembled and manufactured and also to the production of latex products used in bacteria absent environments, such as surgical gloves and condoms.

In the right corner of the installation, lies a work made up of ceramic and rubber molds used in the manufacture of surgical gloves – one has been mass produced and the other individually crafted – that also suggests the hands of the workers, human parts becoming machine parts and also products, their lives, and individualities. Closer to the center, in the front, there are a number of left-overs from artistic molds made in latex brought from the workshop of a craftsman, where the production system is individualized, made one by one, and opposite to mass production. Behind this artwork, the artist made an assemblage with plastic materials and artificial latex, pointing to the lack of awareness and irresponsible attitude when replacing the production of natural latex by the artificially produced one, which is highly pollutant.

In the back of the space, leaning on the wall, there is a series of seven used wooden white frames with glass, left empty, without any images. They are lit and connected by a blue LED strip, resembling computer screens. These frames can both refer to the disappearance of the individual in the material labor production line of former factories, or to the immaterial labor performed nowadays by Internet users. On the left side of the installation, there is a work composed of amorphous objects made of Styrofoam, an artificial derivative of latex also highly pollutant, which, arranged on top of white tiles and under a suspended metal rod, suggest some of the manufacturing processes in a Fordist factory.

And last but not least, right outside the main installation, a rolling text LED screen displays the sentence “LOVE AND DO NOT MULTIPLY,” taken from the title of a book by the Brazilian anarchist Maria Lacerda de Moura. Considered one of the pioneers of feminism in Brazil in the early twentieth century, Maria Lacerda de Moura discussed women status from the perspective of class struggle and defended big taboos of the time, such as the right to sexual pleasure and conscious motherhood. This work, as well as the title of the exhibition, point to the absurdity of the rules that Ford imposed to their workers. “Isle of Innocence” was a place in an island in the Tapajós river, 8 miles from Fordlândia, created by the Ford factory workers to escape Ford prohibition on alcohol consumption and sex, for their nightlife amusement, where they could consume alcoholic beverages in the company of prostitutes coming from Belém and Santarém. Similarly, the artist reflects on our technological reality of today, and questions where is our “Isle of Innocence”. Where could we make our own consumption decisions, and not be subjected to the unnoticed control and surveillance imposed on us? For Elena Bajo, to disconnect is the way to not multiply.