I was born in the nineties, in a place that I saw as my entire universe, at least for the first years of my life. In my town, only 20 kilometers from Mexico City, there were no museums or galleries, I didn’t know there should be. There was a small cinema that, now I know, they labeled as communitarian. It was in an alley and didn’t need bright advertisements because everyone who lived there knew where and what it was. I remember my parents took me to see an India Maria movie, where she rescued a baby and fed it with the oranges she carried in her tanate.

I spent my free time climbing trees, building little houses, playing with dirt, grass and mud. My town, my neighbors and my family lived their entire history without painting exhibitions, attending German film festivals or jazz concerts. I belong to the first generation of my family to to study in the city, I am one of the first women to have what they call a profession, and the only one dedicated to art and culture. I still wonder where this need comes from, even without proof, that has made me reach places I never even imagined as a child, like being paid to write things that disturb me or talk about Ecatepec in another country; and I don’t say this as an achievement, but as a genuine question: is it a need of mine, a product of generational changes, or is it an ideal learned from the dynamics of the city we were taught to aspire to? Do we need said validation? 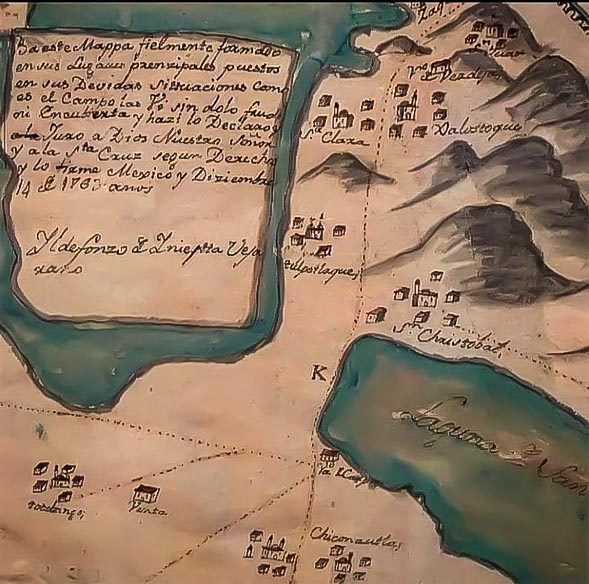 Centralist modernity took away our white sapote, jacaranda and fig trees, turned the ravine where my parents played into a swamp and divided the town with its avenues and highways under the slogan of “progress”. Standing in the middle of silence I lost my past and understood that I was not welcome in the promised city, and that for the institutions I—like many others—was a migrant who did not deserve to benefit from their scholarships or governmental support, that I did not deserve a safe means of transportation, that the payment for daring to go to their schools and recreational spaces was at least three hours of my life in the heat, the rain or the pain of other bodies. I knew then that what I knew as Santa Clara Coatitla or Ecatepec, to outsiders, was Mata Clara, the stable of Mexico or, more crudely, the periphery.

Many times I heard colleagues at school, at work or on television say that the city had no obligation to solve the problems of the inhabitants of EDOMEX; while at the same time they accepted their waters, disposed of their spaces and tolerated salaries of 3,500 pesos per month for the peripheral commuters who continue to provide them with jobs of service and cleaning. Is what is and what is not of the margins relevant to the city? My late interaction with the center made me look for forms that resembled my everyday life; however, for the city those forms had to be corrected, integrated and dissolved. Condemnation follows, the annihilation of all that is chaotic, deformed and unclassifiable.

I don’t know at what point I returned to my hometown with all the messianic verbiage, believing that with what little I had understood in my intermittent passes through the university I could save it—but from what? I don’t know, that wasn’t in the script. The slogan was “bringing culture” to my place of origin.

Once in preschool the teacher called me to her desk, placed in front of me paints and a drawing about a boy and the sea that we had been asked to do a few classes ago, told me that I had won but that some adjustments had to be made. Then asked me to place a bright sun, a palm tree and some black arches in the sky that simulated birds. I didn’t know the sea, I didn’t understand what I was doing or what or why I had won. Just like that drawing, in many places that were nullified by being on the limit, we were taught to create from unknown realities, under imposed models and with a tremendous lack of sense. We were sold the idea that we had no culture and that our identity was determined by ideals defined by someone else. 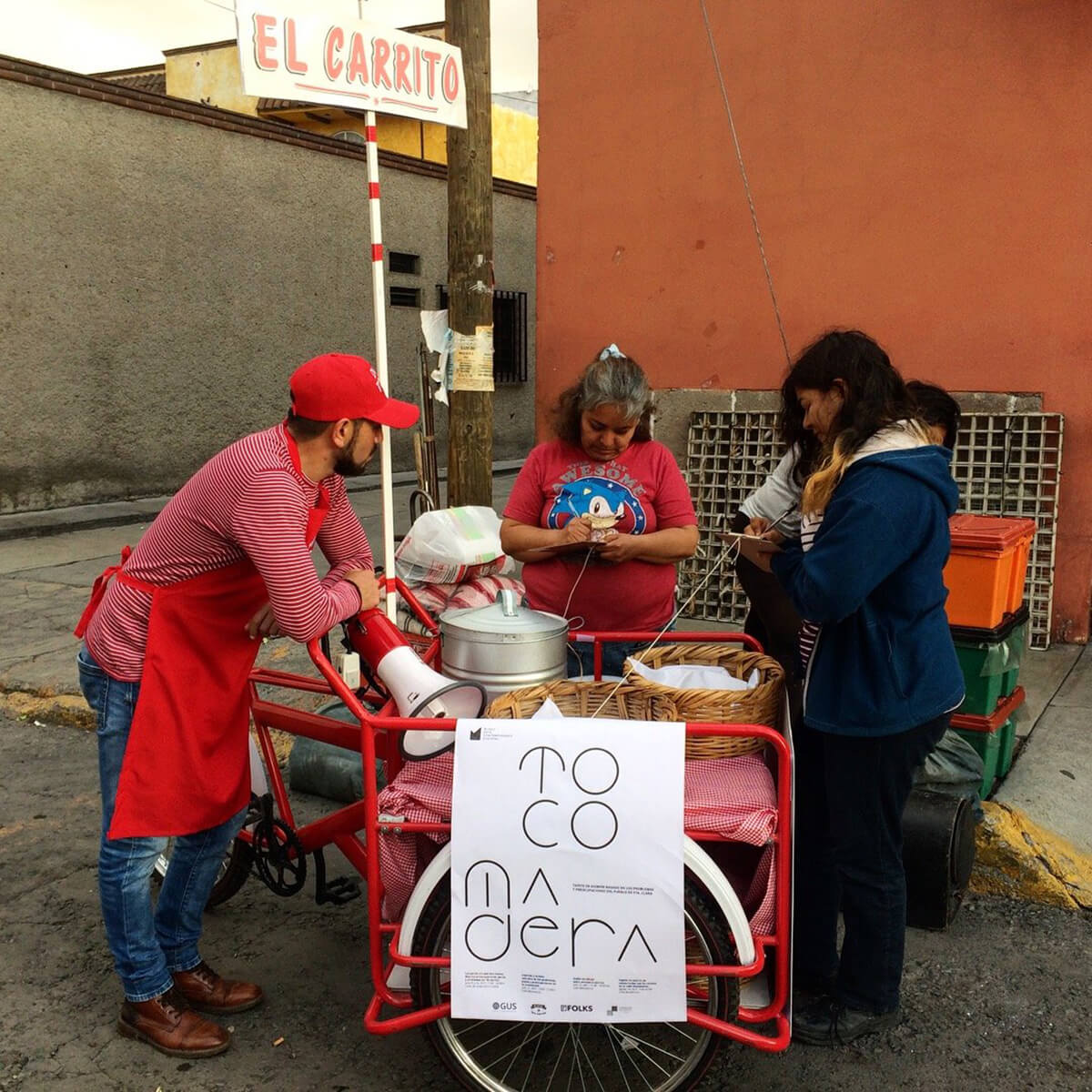 Is it possible to create in a place were the only way to survive is to join the nauseating meritocratic discourse that places a person’s worth on their ability to overcome evil through effort and discipline? Why should we reaffirm that art is the tool for peace and progress in a constantly harassed territory, which clings to perpetuate the dichotomy of good and evil inhabitants, as if the conditions in which we are kept deserved model citizens? How cynical to insist on narratives that try to make people believe that violence is born here, as if our land were the only thing that allows it to germinate. How cynical to remain silent about the obvious family relationships between our rulers (haunted by the ghost of the Atlacomulco group). These territories are required to have conditions similar to those of the city in order to operate, when it is the shadow created by the city that perpetuates the brutal impact of a narco-state. 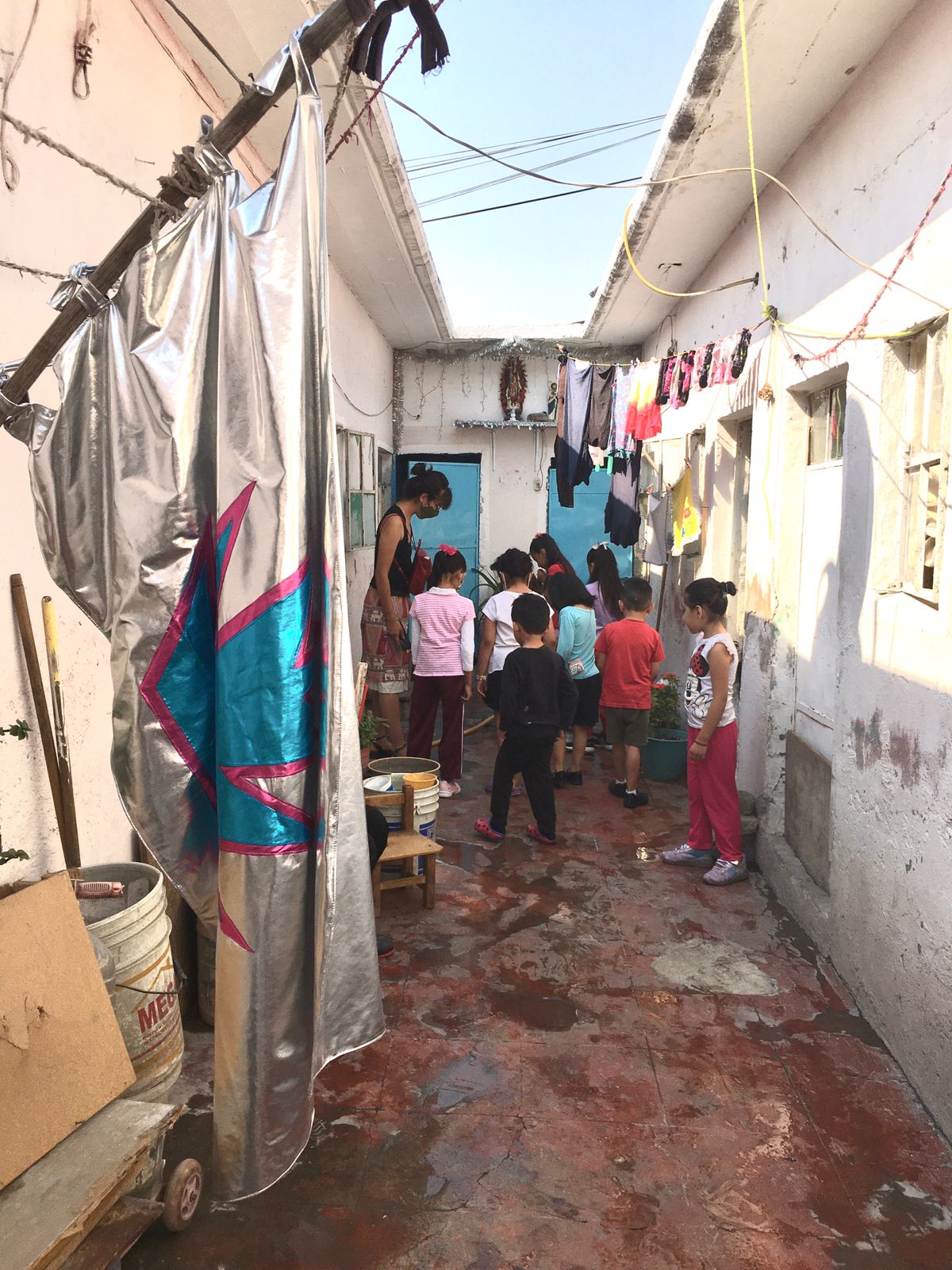 Far from the absurd demands, there are efforts to build not only from what is there is but with who are there, despite the fact that the quota of eccentricity claimed by the conceptual elite is not met. Ecatepec, like other municipalities bordering the city, became the second home of thousands of displaced families from the interior of the republic who had to leave their lands, but not their customs or their ways of organizing themselves. The attempts to narrate us in our own way are pluralized and mutate from a self-critical look; from naming a new neighborhood with the name of the teacher whose murder remains unpunished and who promoted so many workers’ struggles on this border, Misael Núñez; to the efforts of decades in the Hank González neighborhood that have resulted in a high school, a preschool, a cultural center and soon a university with a curriculum designed from its environment. There are also projects like hola_magu, a small cafeteria that houses a fanzinoteca and clings to the idea of creating its own publications; or like the remains of an old chapel in a private house occupied by neighbors who recognize themselves as chroniclers, to exhibit a series of obituaries that give an account of the funeral rites in the history of the town, with the same seriousness that any curatorship deserves; or like the itinerant Instituto de Investigaciones Insignificantes that through play and fiction aims to give due importance to local knowledge and how people perceive and transmit it; or like all the dreams that we still do not know, hidden in a million and a half inhabitants. 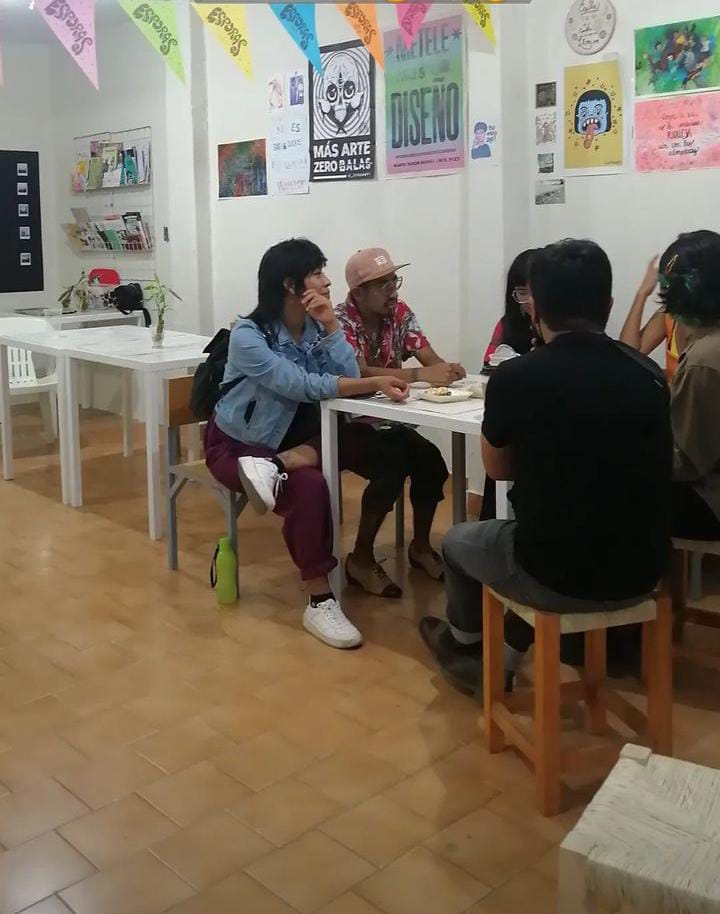 In addition to this, there are virtual platforms that allow us to interact as often as we wish without being stopped by the—at least—40 pesos it costs to move within the state or the exclusion generated by the imported heteronorma. Virtuality is another layer of the home, a layer that allows us to raise the silenced, the dissidence that does not need city recognition because its existence has always been here, providing care. Archivo Ecatepec, for example, is an Instagram account that tries to host, in the most dignified way possible, stories and creations sent by women and dissidences that inhabit Ecatepec, reminding us that the minimum conditions to live a life without violence are non-negotiable.

Without a doubt, this is not paradise, but for everything that needs to be modified here, and in other territories reduced to the noun of periphery, it is urgent that it be designed and implemented based on the interests, needs and agency of the people who inhabit it.

Before the realization of an artistic elite or a commercial art circuit, which replicates on this side the centralist forms learned in the city, there are the people and their cultural rights, not only as consumers, but as independent creators of their own symbols and signifiers. Undoubtedly, the inaccessibility of contemporary art is not in its form or its strategies—which are certainly closer to popular dynamics insofar as they prioritize processes—but in its encrypted themes defined by the reality and interests of those in power. 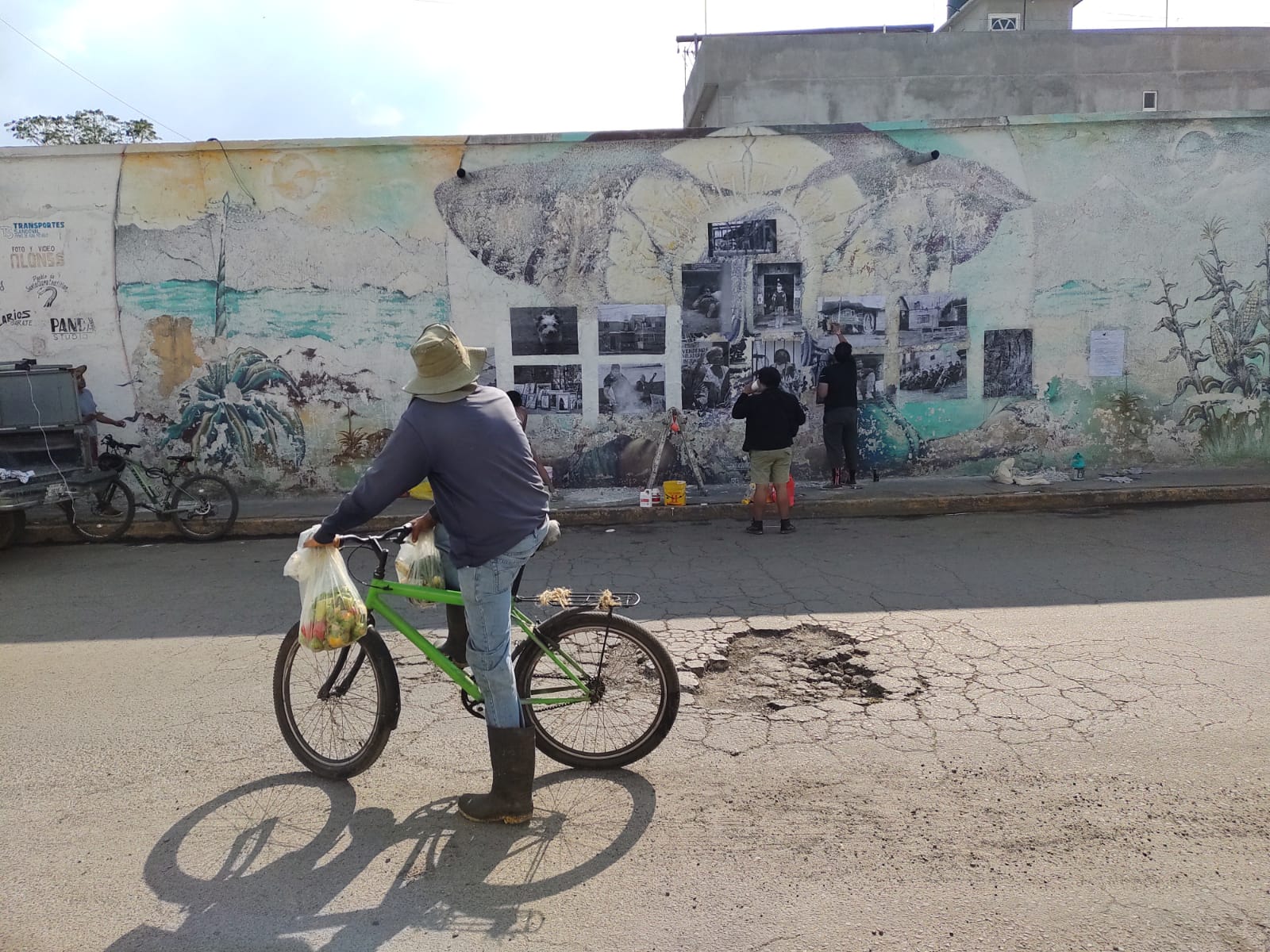 The dignity of creating from our memories, of not feeling alienated, of knowing that the affections that bind us to the places we inhabit deserve respect, that the necessary changes must be generated from internal dialogue, not from institutional lecturing or classist reproach, have evidently not worked. I and many others were led to believe that we did not know and that is why we had to go to university, that politics, education and knowledge, as a fantastic story, were found within those walls and that only through a degree, like Christian baptism, we could be civilized sons and daughters able to participate in society. The city is not the path to dignity, just as the promise of a profession was not. It was not my time at the university that gave me the tools, but the knowledge subtly hidden in daily practices, the closeness of the pedagogy of the trade, the collectivity of the street parties, the naturalness to talk to strangers, the joint effort with shared authorship.

I refuse to define myself on the basis of the existence of those who dispossess us, I refuse to bury my memories in exchange for the ruins of an institution. I am not peripheral. If the center thought me anything, it was to know its rhythm; but I truly believe that the dances hidden in the chaos of the universe in which I grew up do not to compare to its violent neatness. What do these limits that insist on calling “peripheries” gain by remaining an echo of the big city’s concept of culture? Do they not sacrifice their voice by continuing to support the projection of the center? Culture is exists here, it is enough that they stop cornering us, that they free a little of our space to be able to distinguish other ways of narrating outside the hegemonic contexts.

Nobody Talks About Fire