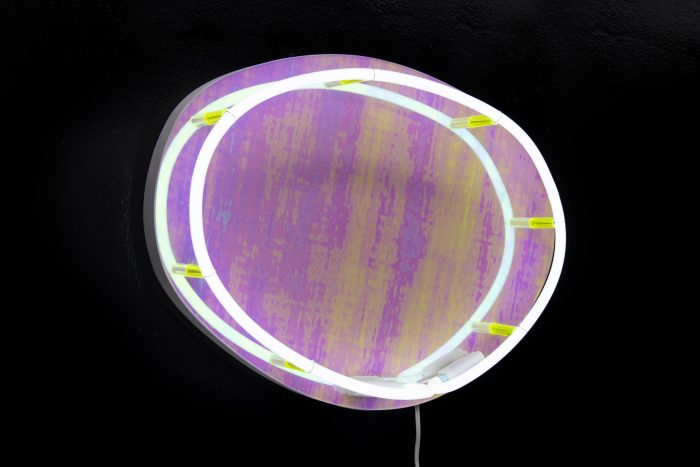 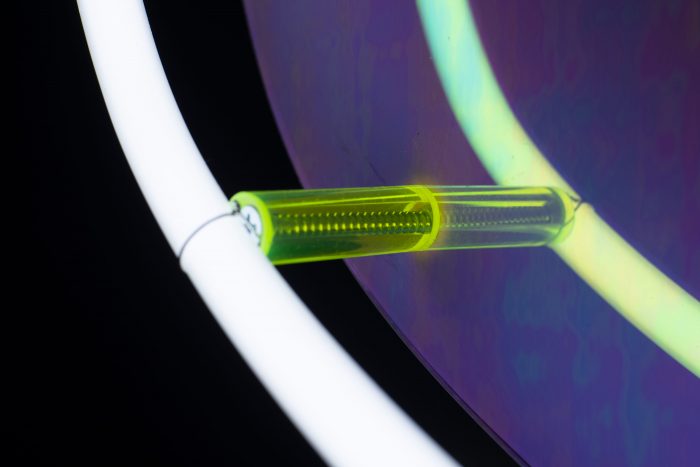 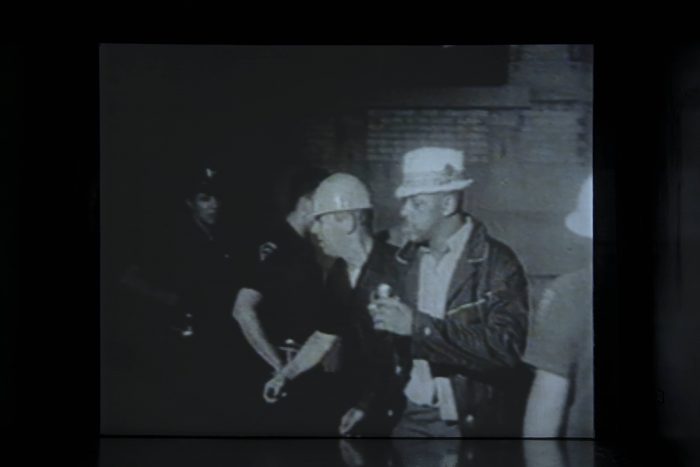 Pairing Tony Cokes’ arresting video installation, Black Celebration, a rumination on the riots of the 1960’s in Black neighbourhoods of Watts, Boston, Newark, and Detroit, with the neon glow of Esther Ruiz’s minimalist sculpture, Afterglow addresses the mass media perception of political unrest as a threat to consumerism rather than centering the justifiable frustration of the oppressed. As the viewer is enveloped by the light of the video projection, the industrial material of Ruiz’s minimalist sculpture calls upon the urban spaces marked as landmarks of these historical uprisings. What is left after a riot and who or what do we choose to focus on when the people are tired of being silenced? Afterglow serves as a reminder of the power we hold in numbers: as workers, neighbours, brethren demanding social and economic justice.

Esther Ruiz Received a Bachelor of Arts degree in Sculpture from Rhodes College in 2011. She has shown nationally and internationally at various galleries including The Schneider Museum of Art, HILDE, yours mine & ours gallery, New Release Gallery, Planthouse Galley, Brooklyn Academy of Music, Platform Baltimore, Vox Populi, Field Projects, Fridman Gallery, Reynolds Gallery, Regina Rex, and The American Center for Physics. In 2015, Spaceworks awarded her the Artist Grant and Williamsburg Studio Lottery. She was born in Houston, Texas, and currently lives and works in Los Angeles, California.

Topologies of Excess: A Survey of Contemporary Practices from Puerto Rico