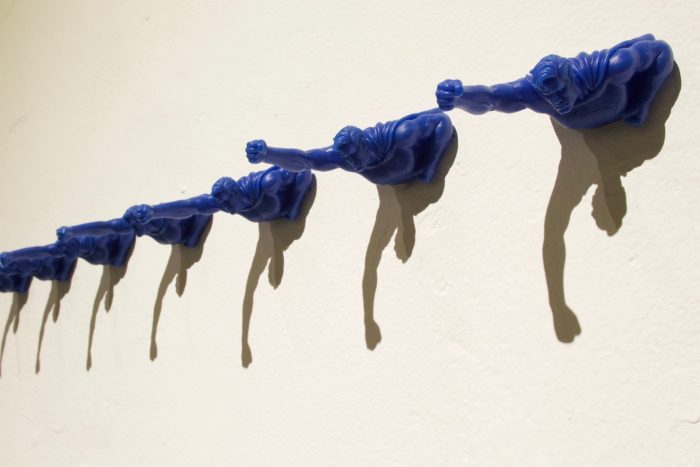 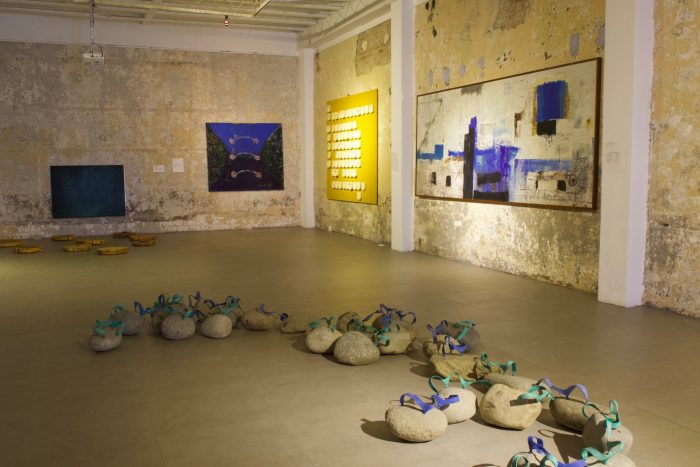 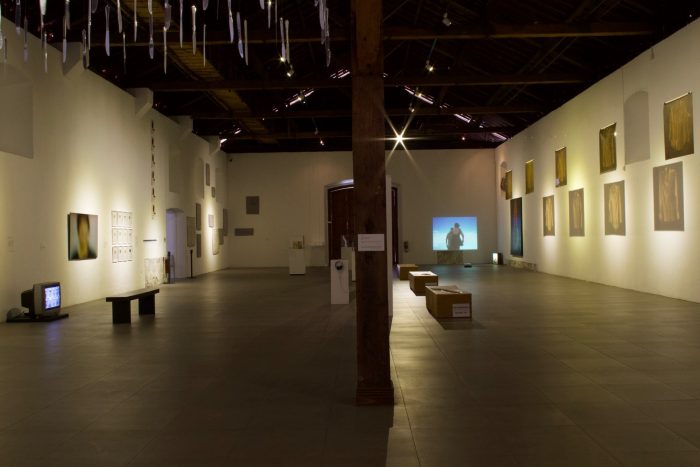 A quarter of a century of existence is not trivial. Throughout this time, the Museum of Contemporary Art and Design (MADC) has shown its permanent Collection on 25 occasions; has done approximately 230 publications among catalogues, brochures and journals; has offered over 240 exhibitions—own curatorship and others’—in its building, and in other locations and countries. All types of complementary activities have been carried out: pedagogical mediation, cinema cycles, concerts, picnics, karaokes; it has housed a skateboarding ramp, lent its walls for a challenge of graffiti artists, transformed into a soccer court; and the Pila de la Melaza has staged performances, installations, design fairs and other inter and transdisciplinary events.

This year the MADC Collection’s exhibition witnesses two moments in time converge: The Museum’s 25th anniversary and the current Directorship´s closing cycle. During this period, the Museum has changed and grown. An important number of directors and curators—in house and guests—have left their traces. What this group of professionals once decided to exhibit, still exists in archives, and what they decided to acquire, still remains.

Since the Museum does not own rooms to stock its permanent script, each revision of the Collection becomes a new possibility, to present new readings, with different discourses and quite distinct approaches.

Another story to tell

MADC began its permanent Collection with a small lot of 196 works (with Virginia Pérez-Ratton as director); although it was a small selection shown repeatedly and with slight name changes, during its first six years, it constituted the official institutional discourse.

Starting on 2001, under Rolando Barahona Sotela’s direction, the curatorial perspective shifted and began integrating other artists and languages to these proposals. Subsequently, Ernesto Calvo accomplished the permanent Collection’s exponential growth and a wider wealth of possibilities to communicate.

Thus, since 2018 the Curatorship Department has done research on the previous curatorial perspectives and decided to make an account of those works shown to the public on several occasions. Beginning with a revision of the institutional memory (Collection, publications, documentation collections, and the testimony of the staff with greater seniority within the institution); this show encounters past exhibitions;, in an attempt to know the most significant works within the Collection, but also in a critical exercise to find the discourses legitimated by the Museum throughout its 25 years.

Many questions arose: What is contained within a museum’s memory? What story is told when facing a selection of works against another? Which discourses remain valid throughout the different curatorial proposals? How has the curatorial discourse transformed?  Why are there works which constantly dialogue, but differently, throughout time and contexts?   What are the criteria that render a work iconic? What is the notion of contemporary that defines this museum by what is exhibited and collected? Which are the characteristics we acknowledge in Costa Rican art, from the dialogue we sustain with other Central American countries? How is that relationship modified when our dialogue is more global?

To try and respond partly to those questionings, a curatorial exercise was carried out, based in the beginning with numerical statistical information of the works which today, may be affirmed, form the institution’s discursive history. Based on a selection of the most seen 24 pieces inside the revisions of the permanent Collection, a discourse was elaborated establishing dialogues with other works acquired under Fiorella Resenterra’s directorship. Her collecting practice is defined as subdued growth, focusing on the relevance within the Collection and the dialogue with other works and the artists’ careers; an exercise only possible  within a mature collection.

MADC’s discourse over the first years was closer to the modern, pictorial, and non-figurative, as may be observed in the proposals of Guillermo Conte, Emilia Villegas and Fabio Herrera. The works arriving later are more conceptual and centered towards objects; using audiovisual formats, installations and mixing diverse languages, as those of Walterio Iraheta, Benvenuto Chavajay and Materia Primera.

With the purpose of constituting a critical link between past and present, a script in pairs was constructed, which put in evidence some relations: themes, formal solutions, technical experimentations, complementary languages, contrasting views and divergent formats. Besides creating a national discourse in relation to art and contemporary design, MADC has the peculiarity of being a regional museum, defining not only the criteria for Costa Rican art history, but also assuming the role of legitimization of Central American visual productions. This is also captured in this revision, where national works dialogue with proposals from Nicaragua, El Salvador, Guatemala, Honduras, Panama, other Caribbean countries, and some from further beyond; permeating the institution’s curatorial perspectives.

Gazes are also very different; proposals around violence and its familiarity, consequences and forms of resistance  facing it, are the theme of artists from the triangle north of the isthmus, such as Luis González Palma and Pável Aguilar. Reflections on subjectivity and national identity, as well as formal experimentation, in counter position, are locally posed proposals, from Otto Apuy, Sara Mata and Victoria Cabezas.

The two most seen works—eight times—inside the MADC Collection’s revisions are Good-bye Lela (Adiós Lela) by Priscilla Monge, who early in her career “freely fluctuates among different media, accurately adjusting the expressive possibilities for each of the issues troubling her. Monge marks a turning point in Costa Rican art, altering common formal and conceptual places used until then” (Virginia Pérez-Ratton, 2009); and The Witness (El testigo), by Emilia Villegas, experimentation work with materials where the human figure is highlighted as main character, “the figures elaborated (…) have no face, they are silhouettes where our body fits in perfectly with our grief, aggressiveness, fears, and all the violence we are exposed to in the most existential plane of daily life” (Virginia Pérez-Ratton, 2004).

By design D’ as in design

The word design is part of this museum’s name; however, this discipline has not had the same presence within the Collection regarding visual arts. Few pieces of this nature were acquired during the first years, and on fewer occasions, exhibited.  Later, although there was an interest in collecting, design exhibitions were few or external. Today, owing to the emergence and importance of creative industries, national design has been renewed and redrafted thanks to MADC, which has reconsidered the way it works with it, how it is collected, exhibited, and positioned both nationally and internationally.

In order to highlight these changes, and at the same time, expand on its concept, the first piece of design arriving to the Collection is displayed; it has been the most seen—five times—Geme (geMac) by Franklin Hernández. The chair is exhibited next to a selection of more recent objects as well as some works of art; curatorial practice that has been common at the Museum, intending to develop links between both disciplines.

During this quarter of a century MADC has constructed its memory through multiple visions, always Central American, always diverse, always contemporary. Just as silver is a brilliant, ductile and malleable chemical element with good conductivity and catalyst properties; MADC’s 25 years reflect its hyperactive regional endeavors, evolving over time, but preserving its intrinsic value.

(A+D)*25=Ag deals with one of the most rigid methodological exercises of art history: historiography. Nevertheless it is the contemporary point of view which allows for a refreshing and updated discourse;   although what’s presented is a part of the history of the Collection’s exhibits, ultimately, what’s narrated is the institution’s curatorial discourse: what it problematizes, what readings have been done, which discourses constitute it, and what stands it assumes. Historiography is not only about going back; if updated, it works as a mirror, bringing back questions which may be benevolent or harsh, but never silent.