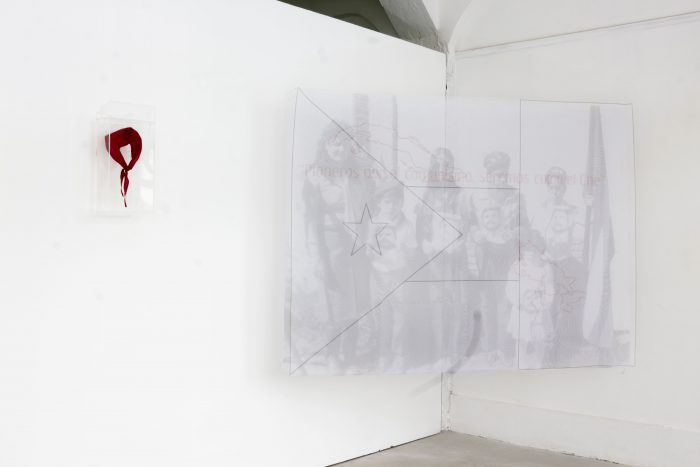 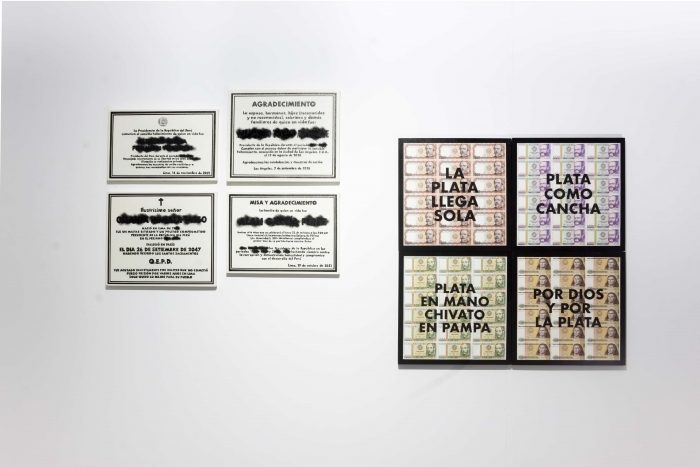 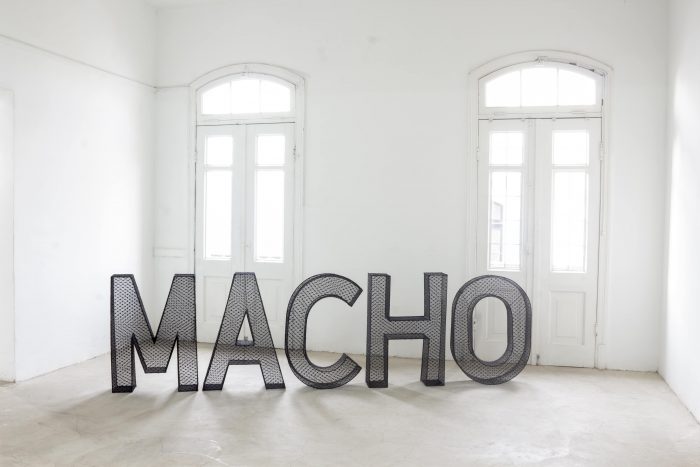 The chosen image for this year’s edition shows a desertic horizon typical from the Peruvian coasts. We see as a background the sea and in the foreground a football arch, the perfect metaphor to associate the peripheries of our city as a dazzling place that could be compared to any Latin American landscape today. We find beauty in the marginality of a city that convulses and that can find, in artistic manifestations, escapes or answers to a chaotic form of civilization. Our goal, as in previous editions, is to bring art closer to society by opening paths and by presenting new artists, using the Biennial format to attract more attention in a very sensitive local art system.

15 artists from Latin America. Among them, a big group, are young artists who are starting a career in the Lima’s artistic circuit or in their own cities, and we feel the responsibility as a platform or independent institution to give space to artists with a new discourse and process for the art scene in the region and in the city. We seek to select works that will allow us to reflect about issues related to collective memory, to the ways we’re doing things inside an educational field, which leads us to analyze from art how our societies are composed now and what we are doing for them, to improve them in a local context about to collapse.

On this occasion we are offering a careful selection of works with political content that serve as a review of our most recent art history. The curatorship is focused on looking at what happened in the city at a time when the political situation of the country follows a society with a very marked inequality and where art, whether through a public or private Institution, museums or galleries, is centralized and in some cases in places very hermetic to the general public.

From our position we demand Lima’s reactivation as a capital with a Biennial, where artistic manifestations will have a stage that allows them to grow, and do not settle down just for already having two International Art Fairs, but in another way, to take the chance to create new platforms that could have longer exhibitions and do not have that multiplied immediacy that comes with participating in Art Fairs.

We seek that actual creators start to be concerned to intervene the public space, presenting processes, concerns and constantly dialoguing with the city, with its architecture and, above all, with his habitants, and in this way, leaving the purely artistic framework and the elite insignia that always represent.

We must point out that we do want to be a space that aims to cover a large gap in the conception of creating or having an important Biennial in Lima, such as the Sao Paulo Biennial in Brazil or the Cuenca Biennial in Ecuador. We feel more like an independent institution self-managed who describes real situations in the city. Situations that the artists themselves demand because they do not have these spaces available to show projects that reflect about the city of Lima, education, gender and other social issues that usually formal spaces or galleries do not show.

By this way, it is not a coincidence that this year’s edition appropriates the already famous name: “ARCO/Peru”, in order to look from a critical view the relationship of two completely different platforms such as art fairs and biennials, particularly in this year’s ARCO’s edition, where Peru will be the special guest.

The idea of a collapsed and defeated football arch, lonely, in the middle of sand, makes us think that we have a promising future because we come from here and there cannot be anything worse. Where we come from, things are made and predisposed in an informal way, powdered by the winds that come down to this city, covered by a grey cloud of donkey-belly color. Nonetheless, history and the cultures intertwined in this soil allow us to adopt and re-think art in our own way, looking for our own methods and even ways to show these manifestations to the world without the need for great budgets or banalities that interfere our existence as a formal platform.

The word Porvenir —which means future— is made on floating metallic balloons held by the ceiling of the exhibition hall. They mingle with each other and within a few days some letters fall down defeated by a hole that takes away their air. This piece by Colombian artist Maria Paula Moreno and made in Lima as part of a residence in Tokyo Gallery summarizes how our gaze of progress is touched by conservative governments and societies completely designed for the mechanisms of power imposed since ever that usually disappear. Removing art away from real contact of people.

To mention another related project, we have the digital images of the Peruvian artist Briam Espinoza and that address the same look in different peripheral and recognizable Lima scenarios like any Latin American city. The zero time lets us see how we are and how we live, how our living is just a documentation that ends up been our seeing of an uncertain future.

The brass desks of the artist Micaela Aljovín describe a rigid educational system, imposed from fear and from the violent past of the seventies. This piece runs in parallel with the death certificates of the presidents of Peru painted by the Peruvian artist Gonzalo García Callegari, which describe how we see our government: almost every president, if not all, infected by problems of corruption, prior to their mandates and during their governments. Some of the pieces have a purely political component, which we cannot ignore, but we believe in the same direction that art also dialogues quite well in the field of document, record, action and ephemeral manifestations which are often much more abstract, and which allow us to interpret the situations we face and to draw our own conclusions freely.

In this way, we can appreciate the work of Francesca Dasso that in its process creates images from the environment, influencing itself by mystical elements that can come from local ancestral cultures or the same technology. The drawings by Valeria Rovatti in Lima are related to this same field, based on pre-Columbian and artisanal designs from rice bags or cement brands to build a new Latin American symbology. The Andean presents it as a contemporary diagrammer.

Finally, we have the trip we make to the memory and through that, to the archive and documentation where we can create new stories or confront it with new realities. This includes the work of the artist Sonia Cunliffe, who for a few years has based her research on archives of several Latin American institutions, in order to appropriate and expose them in a public way, leaving new traces of our past.

The work presented by Olenka Macassi was conceived in Spain but is brought to Lima where the context of the city approaches the project where a series of letters and postcards are delivered many years later to their destinations.

In the case of the artist Cesar Augusto Ramírez who talks to us from an archive of military and political images of Peru confronted with characters portrayed by him, beings who talk about sexuality, the image of the male or the delicacy of the makeup or the ornament placed on men changing their social identity.  The word MACHO by Álvaro Simons is literally a bridge in relation to this work. With its metal structure but composed of black nylon and ornaments of hearts, it shows the fragility of that word as well as its meaning, in a purely sensual environment, it makes it fragile and delicate.

ABLi Lima Biennale is an emerging desert project like everything that happens in this city. Although it can be a mirage that takes place during a certain time in Lima, it can also be an open platform where anyone can enter, look, express and stay with some stimulus or reflection about the idea we have of city and society.

Time will tell us whether we helped in anything to build a real institution or we were only a sigh in an art system that advances overwhelming and without stopping.