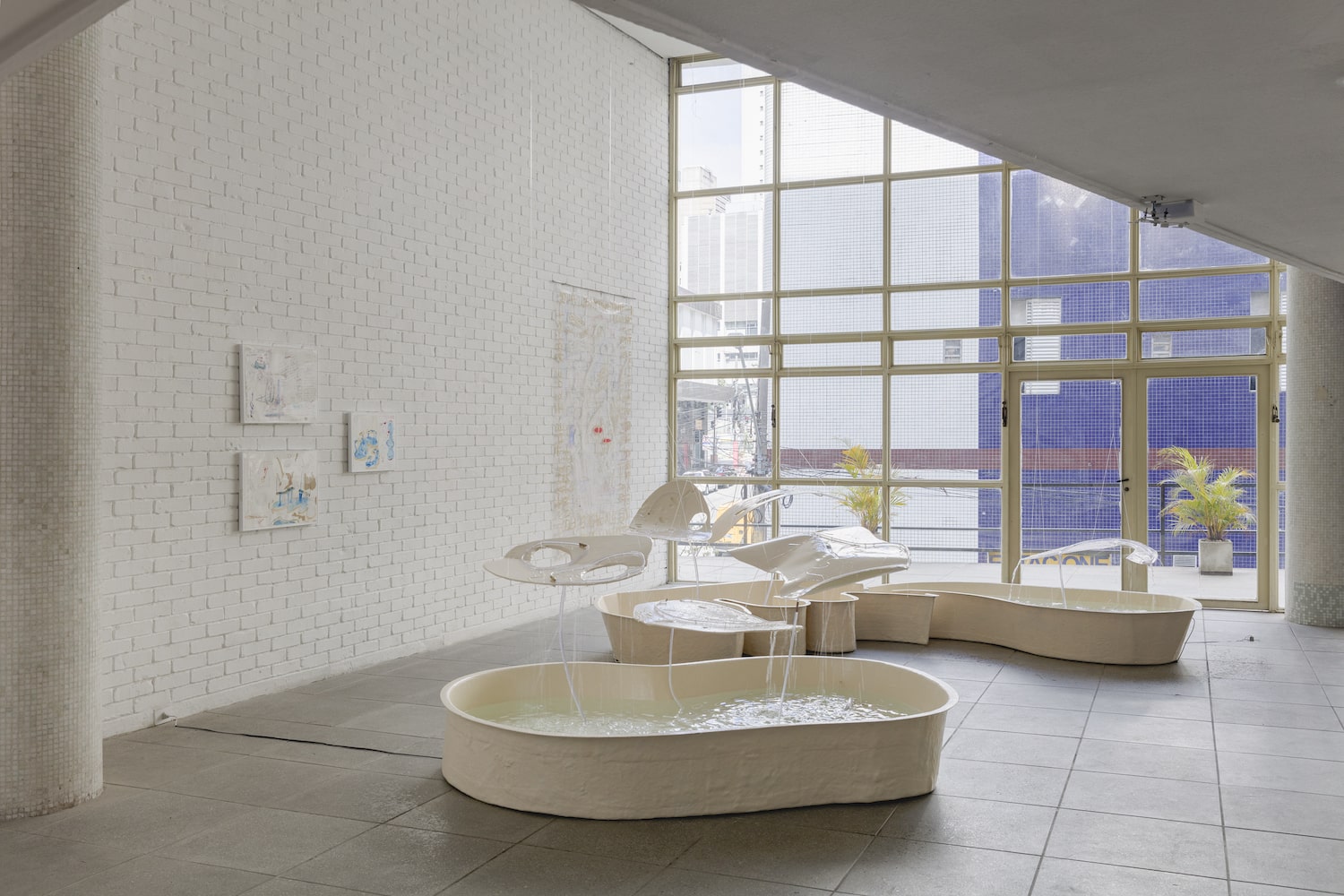 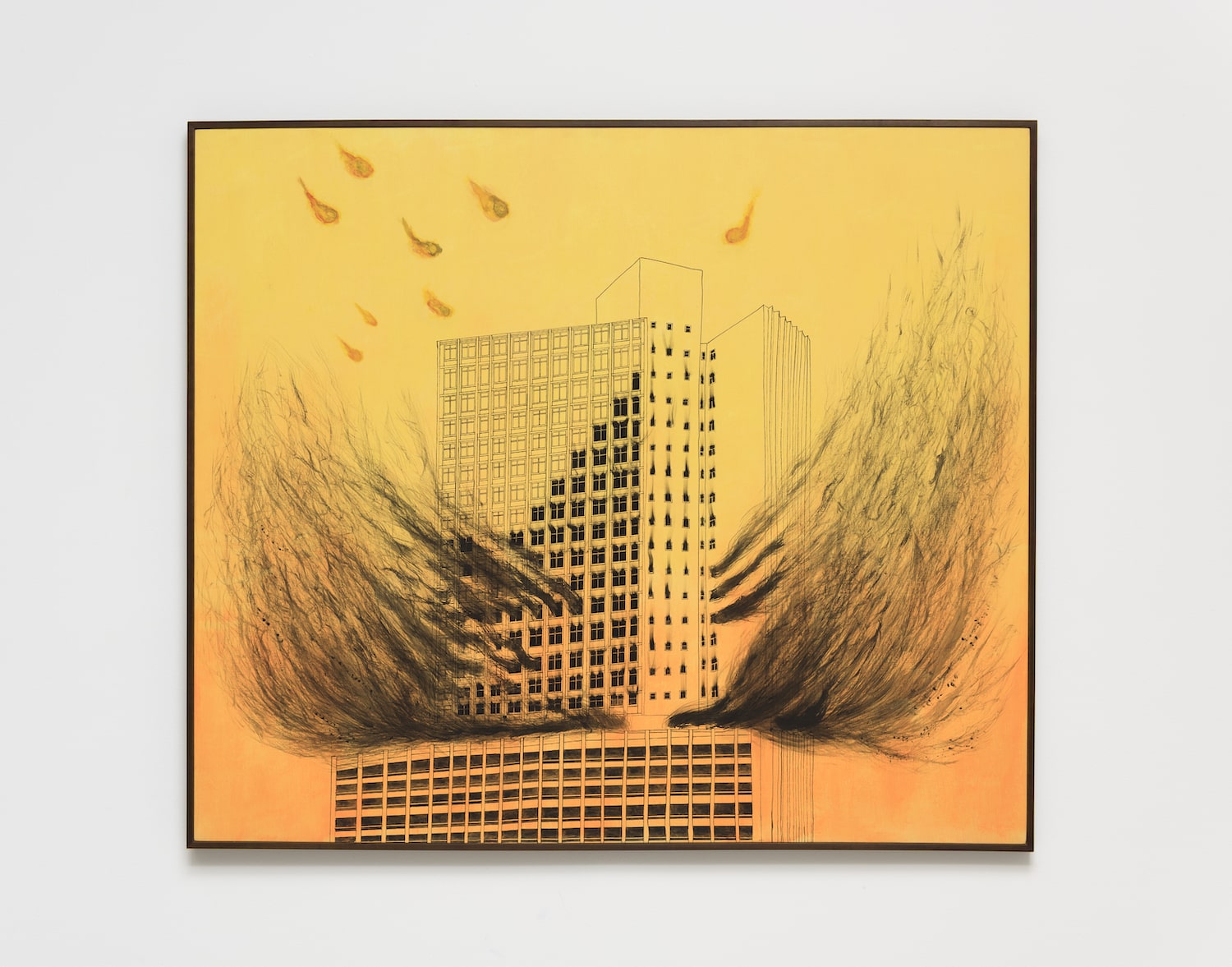 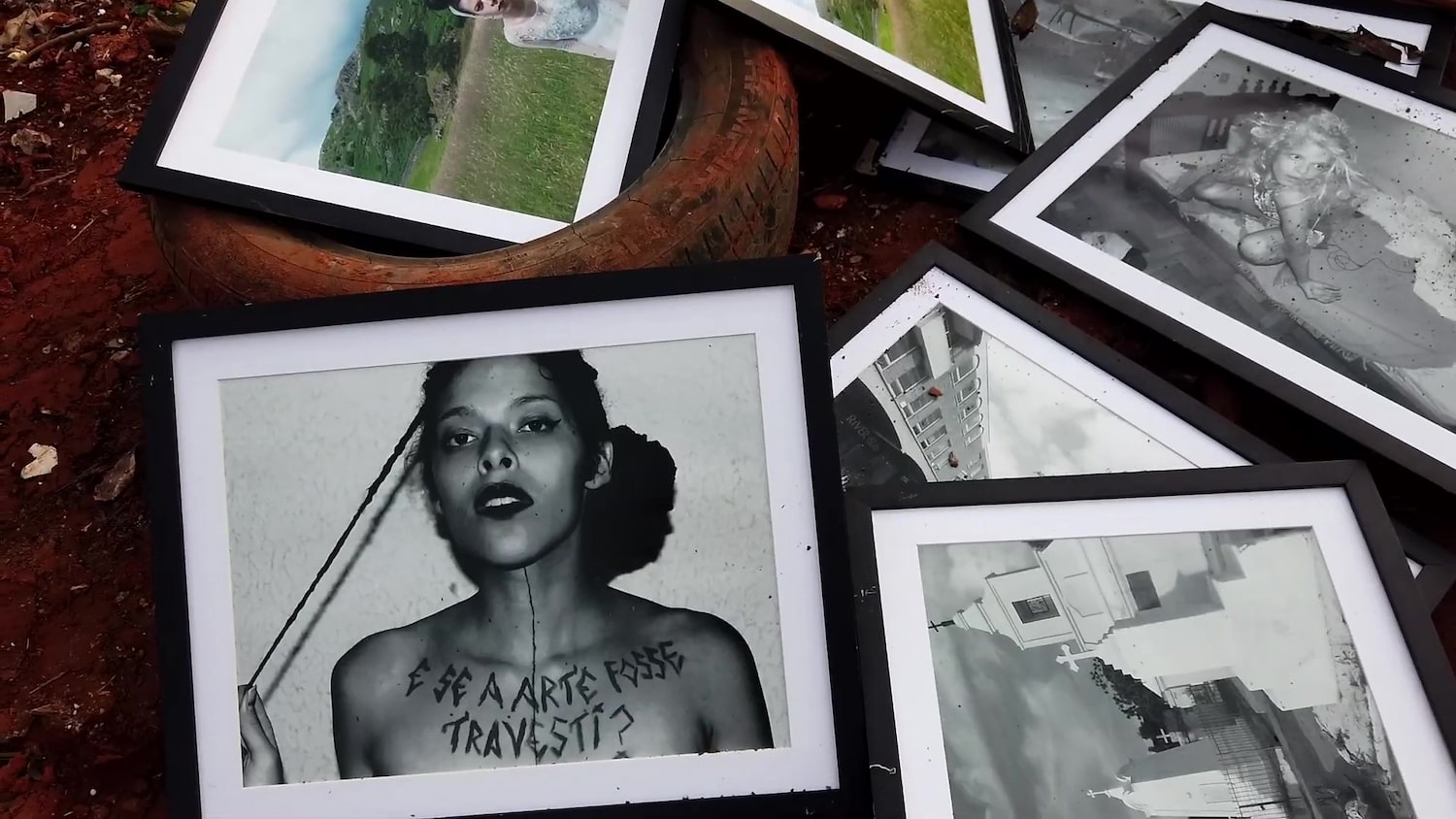 The wandering of the flâneuse, this entity who can float around urban ins and outs in striking awe, is probably one of the most frequent fantasies in times of travelling interdiction, and limitation of both personal contact and collective experience. The term has been conjured by Baudelaire/Benjamin as one of the modern archetypes that emerge from the metropolises’ rapid urbanization and from a gentrification as violent as it is classist and racist. The status of daily adventure and the enjoyment of new experiences that come from the possibility of exploring city corners, streets and alleys are a privilege that’s almost exclusive to a certain kind of person—usually white, male, heterosexual and materially comfortable, as pointed out by Janet Wolff: “The dandy, the flâneur, the hero, the stranger—all figures invoked to epitomize the experience of modern life—are invariably male figures.”1 Any other individuals wandering around town don’t just flâner, they move around in fear.

Not all bodies are allowed to experience a multitude of sites! Whether in brief travels for daily errands or in the possibility of strolling, leisure or even political protesting on the streets, experiencing the urban grid is outrightly mediated by social indexes: when gender is female or nonconforming, when the body doesn’t fit in patterns of desire, when complexion is not pale or when there are indication signs of working class or vulnerability, there’s no taking to the streets, but transit bargaining—and it’s worth recalling Elizabeth Grosz’s assertion: “The city is the condition and milieu in which corporeality is socially, sexually, and discursively produced.”2

If the city usage is ultimately a bargaining activity, the same is not true in what regards to the use of private sites, in particular within intimate environments: they’re as segregated in their creation as the city! Silvana Rubino points out that “the world’s sexual division, this complementarity and organization of social roles—whether harmonious or not—is also a spatial division of both the house and the city.”3

Thereby, public sites in its various conformations, employ a number of tricks and demands to limit their access and use, while private sites, in particular domestic ones, are structured by the gaze/desire of male agents albeit ultimately assigned as feminine areas—after all, female authorship (or by those with fragile social markers) in architecture and urban planning is still an unclear issue, as commented by Beatriz Colombina: “Women are the ghosts of modern architecture, everywhere present, crucial, but strangely invisible”.4

If the usage and fruition experience of the urban environment and its architectural structure varies according to individual social markers, then questioning which strategies are employed to demand their presence in friction and noise environments is all what there’s left. Considering these questions, the exhibition on display devises to pinpointedly highlight some of the strategies employed by CIS and TRANS women artists to connect, bargain and transform these environments, make them public, occupying outdoor areas, or private.

Likewise, Raphaela Melsohn’s aqueous-sculptural installation doesn’t just aim to redesign the constructive hand of architectural/urban items or, more specifically, monumental/ornamental items, but it also seeks to highlight ambiguous relationships of desire with such sites and items, by rendering homage to Nicolina Vaz de Assis, a well-established sculptor from the early 20th Century. Nicolina is still poorly known in Brazilian art meanders, although she’s managed to balance her professional success with a personal life marked by heartbreak.5 Melsohn employs her sculptural reference—Fonte Monumental at Praça Júlio Mesquita in São Paulo, now closed and disfigured—using the movements of the urban monument/ornament’s fluids to create a metaphor for the flow of desire within bodies. So, her inverted fountain doesn’t spurt, it spills and leaks whatever life drive it creates that can’t be contained in vessels.

These motions of desire are also embodied by Fabiana Faleiros’ piece. In her performances and their installation and object offshoots the artist brings pop culture and feminism lexicons to bear, presenting a humorous version of signaling windsocks from urban developments, an item that has become a cliché of fast-paced gentrification processes, particularly in central São Paulo. Instead of its original soft phallic shape that wriggles with the wind blown by the base fan, this piece is displayed as a big wiggly fluorescent orange butt, a play on established signs of taste and desire and their kitsch slippages, in particular while located on the edge of the outside balcony of Instituto de Arquitetos do Brasil, where the exhibition is hosted.

This female body-devouring public feature, inflicted by the male gaze and its power apparatuses, inevitably creates a reflective correlation to the exploitation and dehumanization ploys of sexually/subjectively nonconforming subjects, who confront binary living arrangements either through bargaining or through combating. In this regard, Bruna Kury’s pornoerotic and anarchic-transfeminist production, comprising amateur home videos whose pornography differs from the one made by the industry, whether due to the performances, bodies and narratives or to the alternative distribution methods, seeks to subvert the exact objectified condition of these individuals. Linked to an investigative practice upon the normalization apparatuses of subjectivations and eroticism, the artist approaches the devaluation aspect of attachments and the stratifications of libido, stating that the power of life, albeit precarious, lies within anarchic enjoyment.

Also reflecting upon these survival schemes, multimedia artist Ros4 Luz presents poetic and musical performances, in addition to her practice as a digital influencer and rapper, enterprises that indicate the media placement of some people from the TRANS community who seek to interfere on the cultural information distribution. Either dressed as a pop bride, moving and even crawling around Portland, USA, triggering intentional awkwardness from passersby; or wearing erotic black lingerie and red platform shoes sitting on a chair within a remote dumpsite in the outskirts of Brasilia while surrounded by destroyed photo records from her career, the artist (punctuated by rap in both actions) highlights the violence and inconsistency to which TRANS community individuals are subjected, and their defensive attachments in face of symbolic and physical assaults.

The tragic threatening aspect in urban experiences may be a common ground to all kinds of urban network inhabiting bodies and subjectivities who, to some extent, perform femininity and binary nonconformities. The experience of fear, a socialization process that’s imperative to individuals who are not part of signs of power, clearly emerge in Kury and Ros4’s works, as well as in the paintings of Kátia Fiera, an artist who is well-acquainted with the underground publishing milieu, who has been creating pictorial pieces of graphical imprint that chronicle urban life. Her renderings of iconic architectural buildings from São Paulo enhance the contrast between social strata, either in the female figure checking her cell phone outside a “cool” restaurant, or in the image of Joelma building in flames, a symbol of the perishing modern design spectrum—indexes of femininity which are  markers of class and space use and are somehow embodied here in their oppositions.

If protocols of direct intervention on the urban/public environment and their constituent parts are acknowledged in the works of the artists here mentioned, it’s worth to emphasize that other connections to the architectural aspects of space have been established by women artists, seeking to change their use and to move these structures. In this case, it’s worth mentioning Carolina Marostica’s sculpture pieces, constructed upon invasion, contamination and escape foundations from organic amorphous entities, like formless matter dripping and expanding into synthetic life drive. An ambiguous element in the architectural space is created within a large plastic floating cube, similar to synthetic skin and layered with purple hair, which either replicates a basic constructive form, or shifts the spatial concept due to its transparency, size and frailness—since it’s made from a thin plastic floating material, the cube transforms into an autonomous living organism that seems to breathe at the motion of the wind and breeze.

While Marostica’s organic shapes breathe in, some of Aline Motta’s photos show a desire to breathe out. Known by film and photography projects that range between immersive installations, art cinema and poetry documentary, and committed to the revamping of social-affective narratives of ancestral African-descent in Brazil whose wound is still open, Motta pays melancholic attention to the passing of time aspect stemming from the finding of everyday objects pervaded by symbolic codes that belong to African spatialities. In the photo of a see-through shirt on a metal hanger in front of Niemeyer’s modernist window at Copan, where the artist lives, one can glimpse at the view of central São Paulo, mediated by the Bakongo cosmogram’s risca de ponto7, a spiritual cartography marking time-space that invokes the recent desire for transcending everyday life and domestic limitations in times of pandemic seclusion.

While there are many difficulties in using and interfering in sites, whether they’re within the public realm like cities and their currently distorted veins, or within domestic experience (which has gained utmost relevance in times of pandemic), the uncontained desire for experiencing and seizing spatiality becomes evident in these artists’ poetic embodiments, like an assortment of stubborn gestures and attempts to bend everyday life mainly by the desire of others, yet in accordance to your demands.

—Text and curatorship by Talita Trizoli