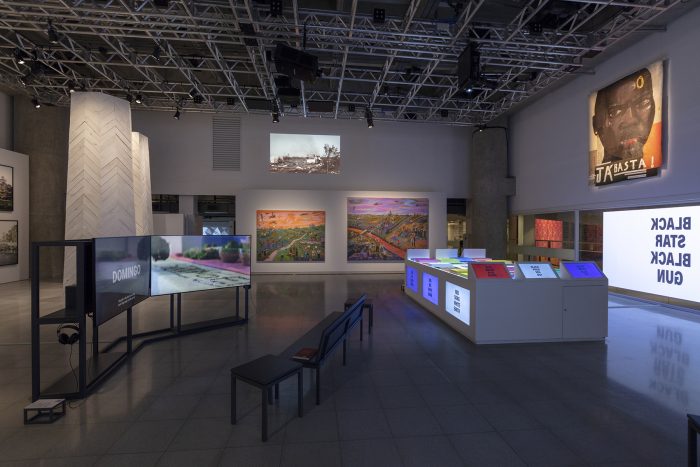 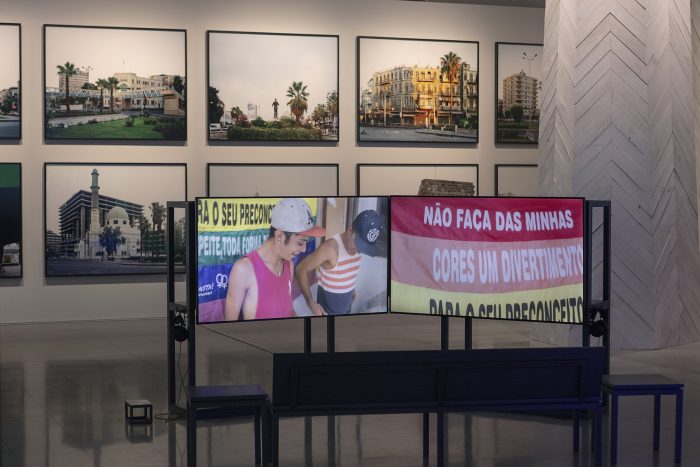 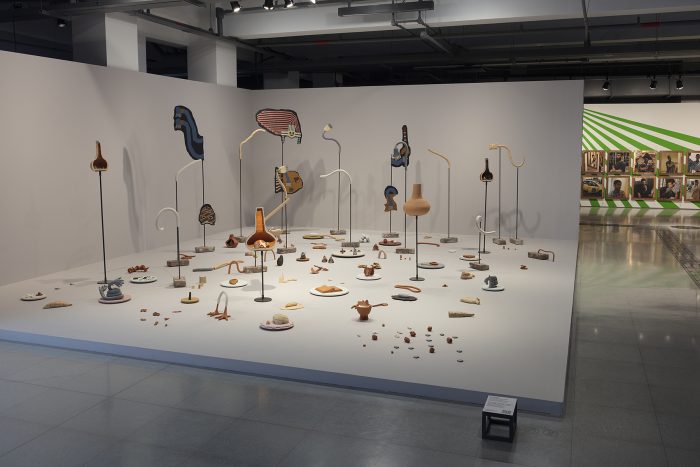 If objects are stored as material memory, the boundaries that unite and separate identity narratives are imaginary and mobile. An example of this instability would be Procurando Jesus [Procuring Jesus], an installation by Jonathas de Andrade who photographed faces of men in Jordan whose features could belong to a Jesus devoid of a white imaginary. The work is accompanied by a series of testimonies of which one of them summarizes the border idea linked to the meanings recorded here: “At that time there were no borders. If you want to choose Jesus today, he will have to come from somewhere. That’s the problem.” 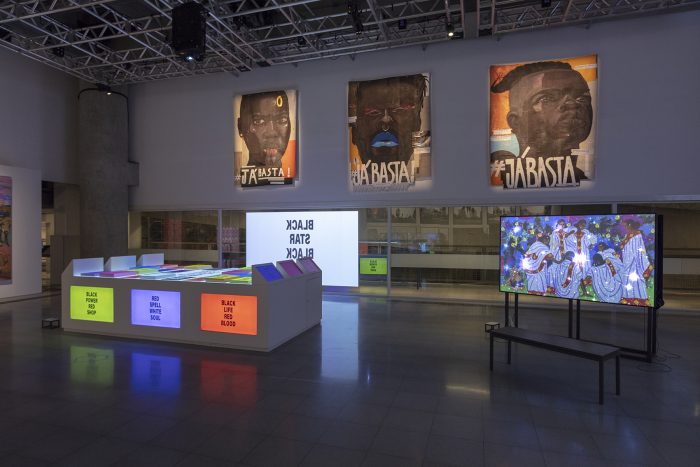 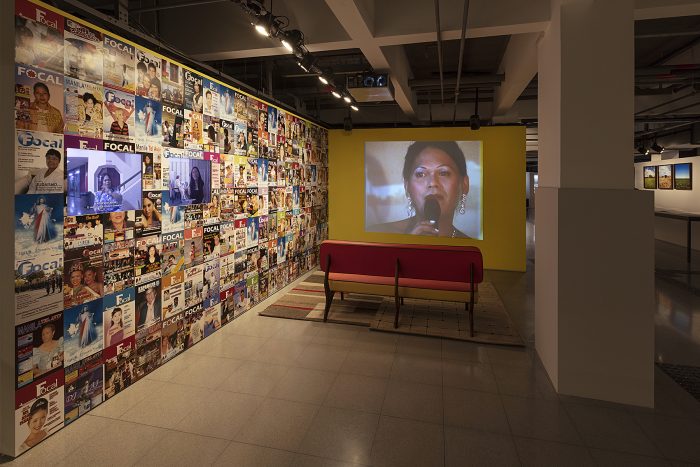 What unites and also separates can be done in several ways as long as there is no disparity between heights. That was what I thought when I looked into the space that my feet declared the last (or first?) of the exhibition, and I found myself in front of the video of Mohau Modisakeng, which captures movements in a loop whose impression is of incompleteness and recurring expectation, evoking in acts and words, a Tsuana proverb present in the title of the work that says: Phiri o rile ga bose gangwe, which translates: “The hyena spoke: the dawn does not come once.” On the other side of the space, I found Nidhal Chamekh’s Never Give Up, which records an act of autonomous resistance by refugee groups whose camp was attacked, so they are forced to leave their community, setting fire to their improvised homes before others did. In the middle of the consumption of fire, we see the inscription “Never give up” resonating in the same renewal element of the movement in the eternal break of dawn.