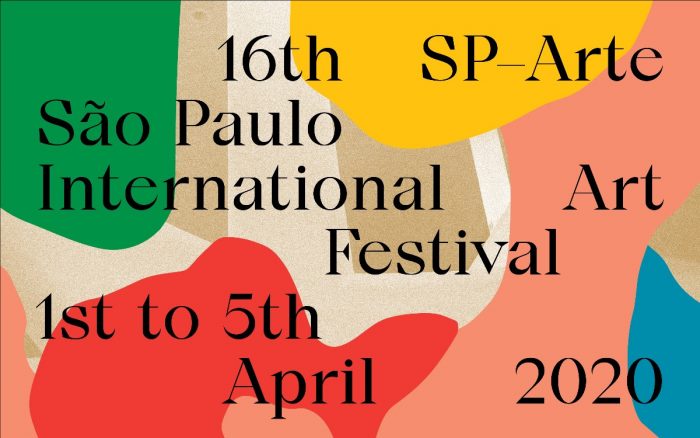 From April 1 to 5, the 16th edition of SP-Arte will take place at São Paulo’s iconic Bienal Pavilion featuring over 2,000 artists represented by the most renowned Brazilian and international art galleries, as well as design exhibitors. Having welcomed 35,000 visitors to its last edition, SP-Arte offers an extensive programme including free guided tours, panel discussions with specialists and editorial launches, not to mention studio and gallery visits, which build anticipation for the fair and help stimulate São Paulo’s art scene throughout the whole month.

Solo
Amidst Latin America’s political turbulence, the Solo sector, curated by Alexia Tala, seeks to reflect on how events of the mid-20th Century have affected the stability and autonomy of the Global South, looking into the Latin American content and how modern forms of domination have affected the region’s national. Contemporary artists including Esvin Alarcón Lam, Ximena Garrido-Lecca, Zé Carlos Garcia and Cristina Piffer are among the selected ones to discuss new ideas about the region.

Masters
New curator Maria do Carmo M.P. de Pontes builds dialogues between artists whose careers ended far too soon with those by artists that passed away at an old age and had further control of their narratives. Selected artists include Robert Mapplethorpe, Amelia Toledo and Feliciano Centurión.

Performance
This sector aims to reflect on individual and social values in contemporary life with presentations by five Brazilian artists from different regions of the country. For the second consecutive year, Performance is curated by Marcos Gallon, who brings suppressed political debates to the surface.

OpenSpace
In 2020, the prominent curator, Júlia Rebouças takes over the sector. Having recently been acclaimed for her work on the 36th Panorama of Brazilian Art and for her curatorship of Entrevendo, focused on Cildo Meireles work, Júlia leads the OpenSpace project, which breaks from the classic booth project and takes artworks out from the Bienal Pavilion and into the Ibirapuera Park, in which SP-Arte takes place.