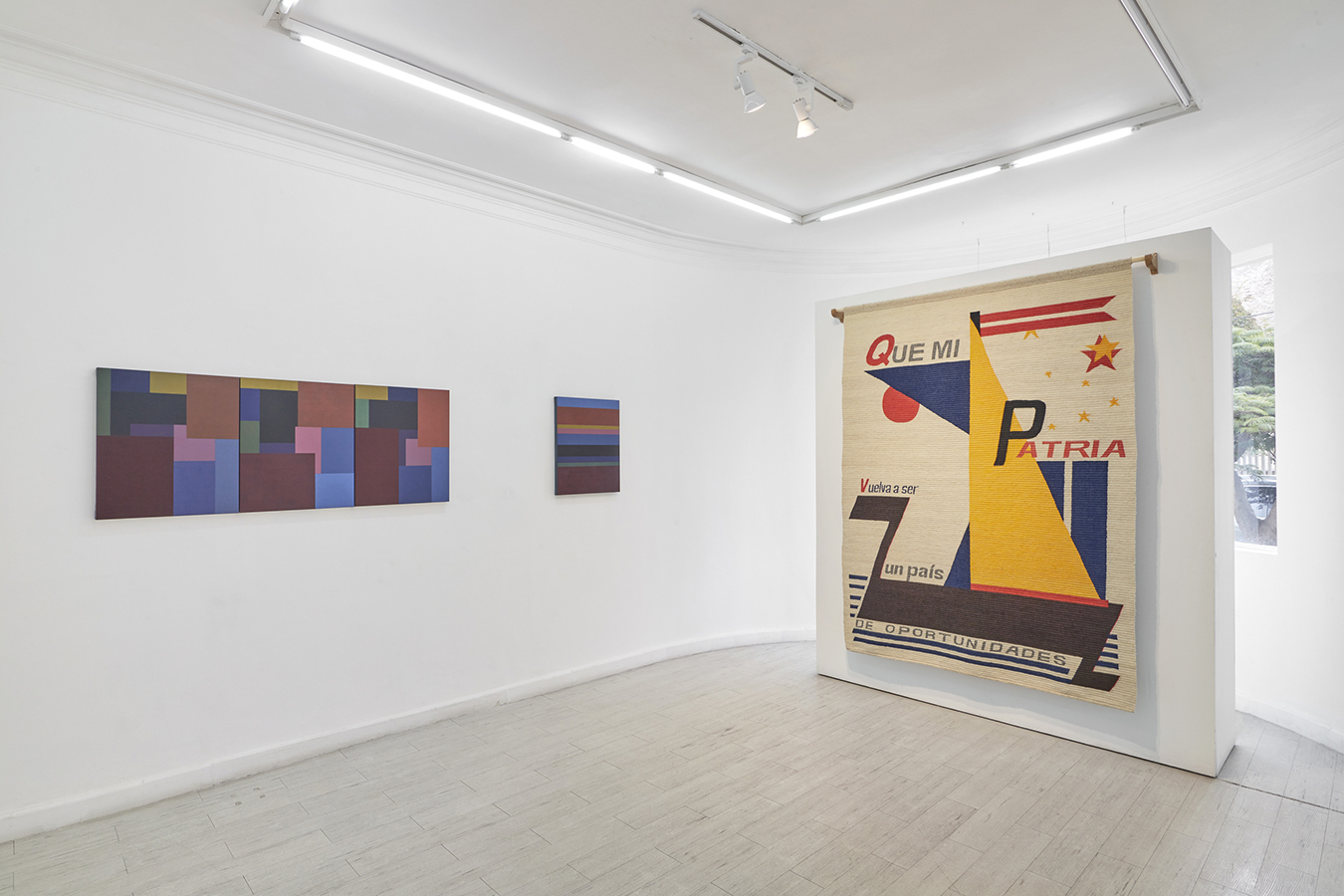 Galería del Paseo Lima is pleased to present the solo show MAY OUR HOMELAND BE AGAIN by Miguel Aguirre.

A few days before the 200th anniversary of the Peruvian proclamation of Independence, it is notable that most Peruvians yearn for a better or, in any case, a different country.

The show’s title takes its name from a large textile displayed in the center of the room. As in the case of the Paroliberismo series, the textile was made in collaboration with Elvia Paucar and bears the testimony of a Venezuelan immigrant living in Peru. The statement “May our homeland be a country of opportunities again” acquires a renewed meaning when Peru is dealing with one of the worst health and political crises.

The exhibition brings together recent works by Miguel Aguirre along with other works already exhibited but whose revision, during the complex and critical situation, invokes a country where economic, political, social, and cultural rights are, for all Peruvians.

Miguel Aguirre (Lima, 1973) has a Bachelor in Fine Arts by PUCP and a diploma of Advanced Studies (DEA) from the faculty of Fine Arts of the University of Barcelona. In February 2019, he participated in ARCOmadrid in the Perú en ARCO section curated by Sharon Lerner. In 2018, his painting project called Before/After won the Economic Stimulus for Culture awarded by the Peruvian Ministry of culture. He obtained the National Award for Visual Arts in Trujillo (2017) and the first prize in the VIII National Painting contest by Banco Central de Reserva del Perú (2016). Additionally, in 2011 he obtained a bursary by Fundación Telefónica del Perú that allowed him to settle in Barcelona, ​​where he lived for 15 years. He has exhibited individually and collectively in Spain, France, Holland, Germany, Switzerland, the USA, Puerto Rico, Colombia, Venezuela, Brasil, Argentina, Chile, Bolivia, Ecuador, and Perú.