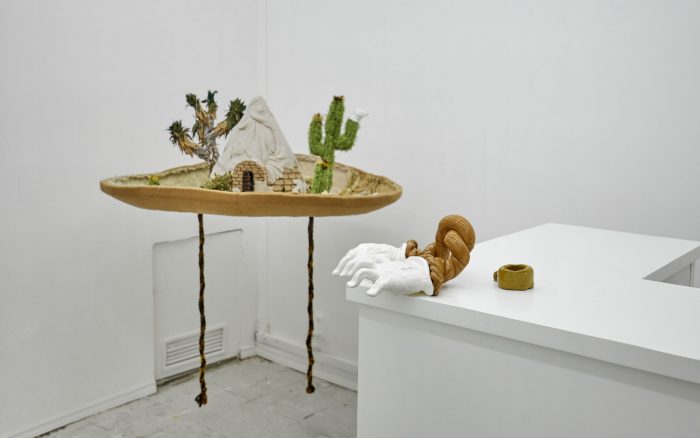 Pequod Co. presents the work of artists that approach discourses and methodologies of solid timelessness and relevance for the contemporary world.

This July 2020 the gallery presents its two first exhibitions: Any two things in the world are connected by a third. The secret is figuring out what that third thing is, group show through Pequod App (https://apple.co/2Opc5hY) with Yolanda Ceballos, Cristóbal Gracia, Julieta Gil, Janet40, Francisco Regalado, Andrew Roberts and SANGREE and as the first show in our space: Paloma Contreras Lomas’ The Marshland of Souls.

On one hand, the gallery turns into an augmented reality app “Pequod” (available in the App Store and Google Play) with an exhibition of digital sculptures. The user will have the opportunity of exploring the pieces in different scales and dispositions, collectively or individually. This show creates moments where the digital and the physical merge in a symbiotic relationship that can only exist when being executed. This project was developed by LAAA and curated by Cristóbal Gracia and Francisco Regalado.

On the other hand, Pequod Co. presents the inaugural exhibition in our space (Lancaster 29) Paloma Contreras Lomas’ The Marshland of Souls. The show integrates Contreras’ recent interests, where a mine in Zacatecas becomes a theatrical stage. Subjects such as gender role and political, economic and social hierarchies of the area, combined with the implications of the self-assumed status of middle class are addressed, as are the influence they have on Paloma’s perception as woman, Mexican and artist.

The show can only be visited with a previous appointment through https://startbooking.me/pequodco and taking all the sanitary measures.

COUNCIL launches "The Against Nature Journal"

Foundwork announce the Jury and Open Call for its 2020 Artist Prize!