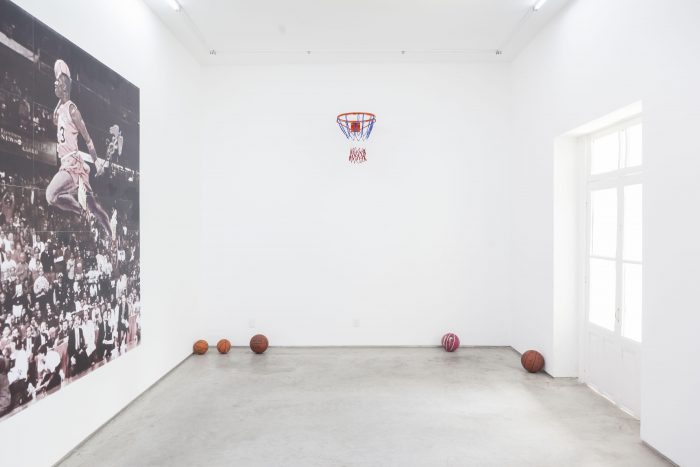 A basketball court, a yoga studio, a climbing wall are built in a pristine space, thus restoring the white surface now inhabited by everyday objects that move away from the statism usually related to ”the gallery”. Due to the emulation and superposition of these spaces of action and contemplation, the environment becomes strange and rarefied; emphasizing the intention of Pinyol to visualize the space as a technology or information medium, the policies and relationships that constitute them, in a world increasingly designed.

Santiago Pinyol studied at the Universidad Complutense de Madrid. He has had solo exhibitions in the United States, Spain and Colombia, to name a few, and his work has been included in group exhibitions in Spain, France, the United States, Colombia, Puerto Rico, Mexico, among others. In addition to his role as director at Carne Gallery, Pinyol also collaborates with Laagencia on art and education projects.