Carolina Ponce de León, Of the Adversity We Live

In an intergenerational dialogue, curators Natalia Valencia and Carolina Ponce de León discuss about the transformation of the artistic field in Colombia and Latin America. 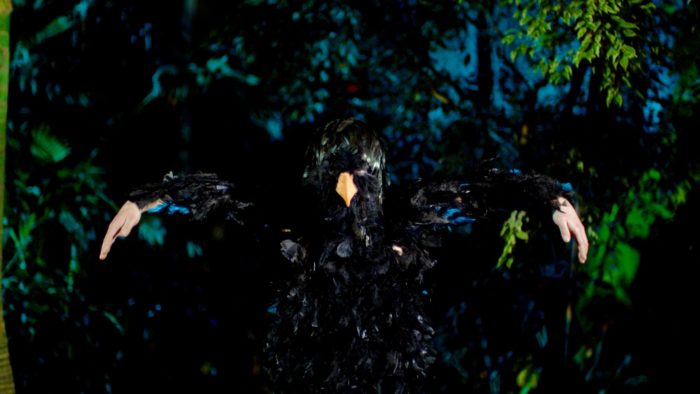 Carolina Ponce de León is one of the most prominent curatorial figures of contemporary art in Colombia. Her work with the Art Museum of the Banco de la República in Bogotá in the nineties was key to establishing an exhibition space for the generation that would become advocates of an art that denounced the harsh political reality and violence of the country: Doris Salcedo, Delcy Morelos, Oscar Muñoz, José Alejandro Restrepo, among many others. After a long period in the United States, where she worked at the Museo del Barrio in New York City and at Galería de la Raza in San Francisco among other spaces, Carolina Ponce returned to Colombia a few years ago to find a completely new panorama and a boiling art scene. In an inter-generational dialogue, the Colombian curator Natalia Valencia and Ponce de León discuss the transformations of the curatorial field in Colombia and Latin America.

Natalia Valencia: This issue of Terremoto focuses on the figure of the curator and their accelerated transformations in the last decades. I feel that one of the consequences of these transformations has to do with how curators today manage their time: time to share, exchange, and experiment, time to get lost and explore alongside artists. It seems to me that many of today’s extremely busy, jetlagged curators don’t have the time for all of this. They can’t engage in deep human exchange, since the rhythm at which they produce exhibition after exhibition doesn’t allow them to do so, a situation which is a result of economic precarity in the field. I’m under the impression that you work outside this model though, closer to and perhaps more “passionate” about the artists, a practice that I admire and to which I adhere. Do you think that curation today would benefit from “slowing down” a bit?

Carolina Ponce de León: Unless you are working on a well-funded, long-term research project, being an independent curator almost always requires some juggling to successfully carry out several projects simultaneously and have some money in your pocket at the end of the month. Economic precarity is always a determining factor in how we manage our time.

What you mention about jetlagged curators makes me think also of the nomadic figure of the “global curator,” a middle-tier celebrity who has risen with the emergence and consolidation of the international art fair and biennial market over the last twenty years. Jetlag is the contemporary emblem of curatorial vanity. But I worry more about the notion of global art, of a transnational, autonomous field that feeds on itself and operates rootlessly. This requires us to ask questions about how contemporary curatorial practices work on a local level. For me, there are a few basic questions: What parameters frame the curatorial project and its objectives? What is its relevance in a specific moment? And to whom is it addressed and to what end?

I like to be led by the artists themselves in responding to these questions, that’s why my curatorial practice emphasizes—when possible—working closely with them, as this dialogue further enriches the generation of meaning that a curatorial project can offer. Direct contact with artists allows me to present their work not just as objects or discrete processes tightly bound to a curatorial premise, but as dynamic, changing thought. In this sense, the emphasis on artistic processes creates a balance against the predominance the curator can have in presenting work in an exhibition. It levels out the curatorial mandate that operates beyond the interests of the artist. 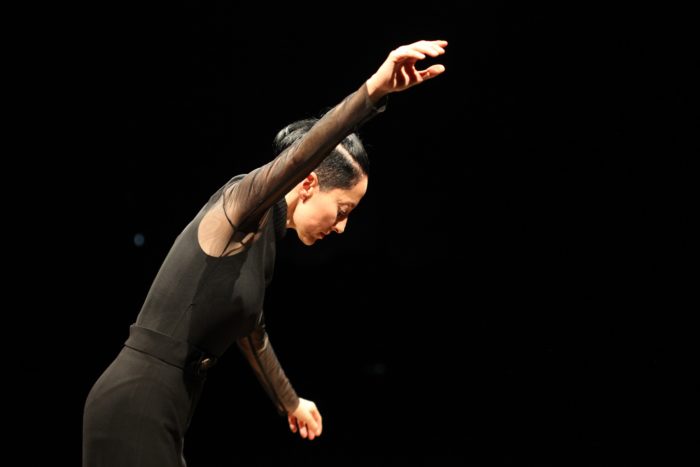 NV: Another characteristic of the curator that is increasingly visible and problematic is their role in the logic of the market. With ongoing cuts to public funding for culture, ever more partnerships with the private sector have become necessary, but at the same time they compromise and problematize the autonomy and ethics of the projects they fund, and the curator is a vital agent in these transactions. How do you understand this phenomenon based on your experience?

CPdL: When I returned to Colombia in 2013 after living abroad for 18 years, I found the art scene unrecognizable. When I left in the mid-nineties, the Colombian art market still favored local modernist artists like Botero, Negret, Obregón, etc. To a certain extent, this situation freed new generations of artists and allowed them to work with some autonomy beyond market pressures.

Today, the largest activation of the art field in the country takes place around the international fair ARTBO, not only in terms of gallery offerings, but also through curated spaces such as the section of Referentes, where works are presented with relevant historical links for appreciating contemporary work, Arte Cámara for artists under 40 who are not represented by a gallery, or the academic conference that stages conversations on the most relevant topics of the moment with the critical thinkers leading the debates. I don’t consider what some call the “biennalization” of the art fair to be a negative thing; more disturbing, from my perspective, is how the dominance of the fair on the national art scene indicates the precarity of museums and public institutions in Colombia. 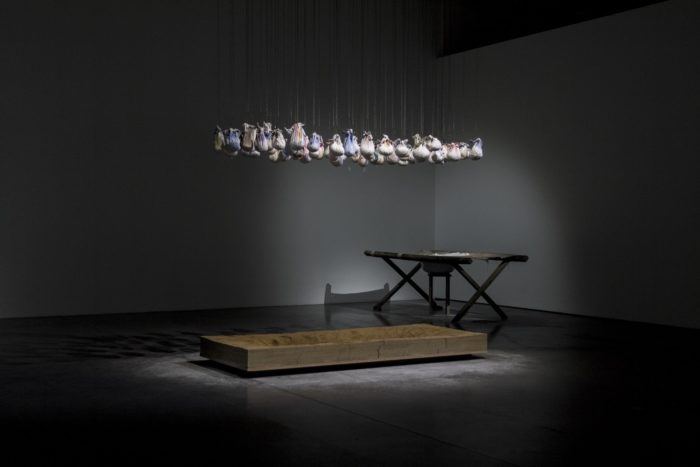 The ARTBO fair operates within a vacuum created by the withdrawal of public institutions, both museums and academic ones. I insist on asking the questions posed above in order to consider the role that other agents in the art field play or should play in Colombia and to evaluate how implicated they really are in addressing the critical problems of our time, or if they just get carried away by the elite consensus governing the global art market.

The absence of large institutions that could finance public collections of contemporary art, strengthen the field from outside the logic of the market, and invigorate public discussion about current art, generates a great imbalance in Colombian art, since there are few alternatives operating from logics that challenge the prevalence of the market. Those who do challenge the status quo are usually the same group of artists who work in independent spaces and have developed initiatives for art education and circulation with the aim of decentralizing and diversifying the field from the micro level in discrete, mobile, and temporary communities.

An independent curator working in this context needs to position themselves in relation to these challenges. José Roca once told me something true (which in that moment was hard for me to accept): every text, curatorial project, piece of art criticism, publication, etc. inevitably feeds the market. This is a fact to which one must surrender, since believing the opposite is as disingenuous as it is useless. The market is a dominant force and it is here to stay. So, the challenge is, how do we insert ourselves into its spaces and act as provocateurs? How can we foreground other issues and strategies? How can we give visibility to other meanings and values? Again, complicity with artists can be an essential tactic. 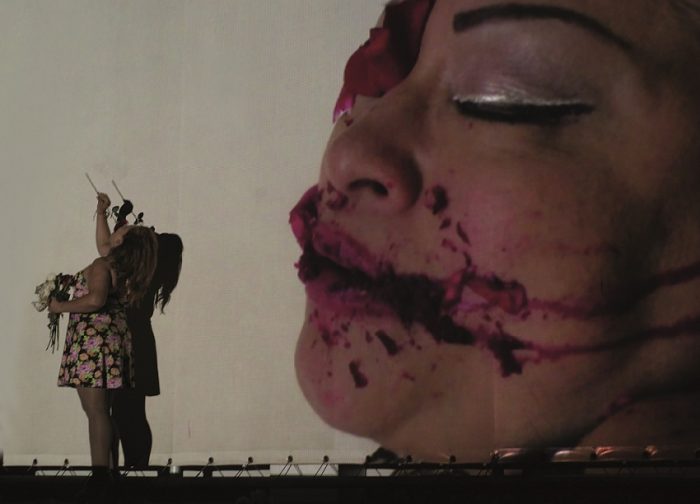 NV: As a Colombian and thinking about the urgent needs of the cultural field in our country today, I consider artistic and humanist education in public institutions to be key for training artists who are truly conscious of Colombia’s complex reality and its position in the world. From your perspective, how can we build a solid, stable culture when the Colombian state chooses to invest more resources in a commercial art fair like ARTBO rather than strengthening museums and academic art programs?

CPdL: This question has a lot in common with what was outlined in the previous response: we are living in a time of institutional precarity where public policies fall short due to continual budget restrictions, leading the private sector to assume responsibility of what were once public services. It is significant, for example, that notable works of Colombian art are held in private collections today and, in many cases, they will likely be better conserved there than if they were in a public collection.

This cross-contamination between private and public sectors has had beneficial but also questionable results. Some critical voices complained about the 43rd Salón (Inter)Nacional de Artistas held in Medellín in 2013 and the “fairization” of the most important government program for promoting the visual arts, made evident by the ubiquitous presence of gallery owners and private collectors at the event. Along with the erosion of borders between public and private, the fair is one of the main instruments of legitimization in the field, which explains its ability to absorb the margins and receive nourishment from the cultural energy provided by alternative spaces run by artist collectives. In other words, the threat of invisibility compromises the anti-institutional independence of alternative spaces. 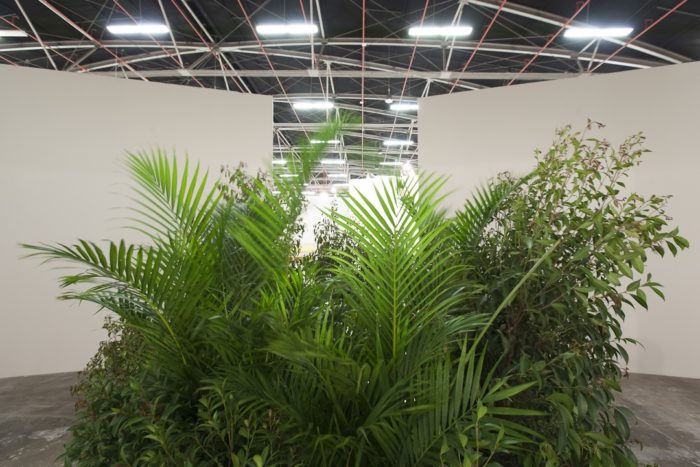 The challenges of constructing a more solid culture are not only related to strengthening public institutions, mediation channels, or academic programs. The fair culture is glamorous and cheverista (the local version of global chic), which in a way influences and banalizes the more visible spaces where art is discussed, such as social media and top ten lists of this or that. This leads to superficial, showy public discussion and appreciation of art.

So, while we work to define more critical, progressive, and visionary public policies and to push museums to develop curatorial and educational programming more strongly rooted in local cultural dynamics, we must also change the tone of the public conversation and open spaces for discussion, keeping it at a safe distance from the narcissistic, fleeting commentary of social media, distinctly commercial settings, and academic discourse.

It is also fundamental that we support isolated initiatives outside of the institutional context, no matter how small they are, because these are the efforts that question and transform the field. I believe in the strategic power of local cultural and artistic analysis written in solidarity with artists. And in this sense, institutions—museums, art foundations, the Colombian Central Bank—must value Colombian critics, thinkers, and curators more highly rather than succumbing to extreme internationalization and the glamour of global chic, particularly in filling leadership and content-creation positions. These are the voices needed to produce a more relevant connection with local artist communities and histories. These voices enable us to look back, forward, and inward and construct a stable, productive culture. 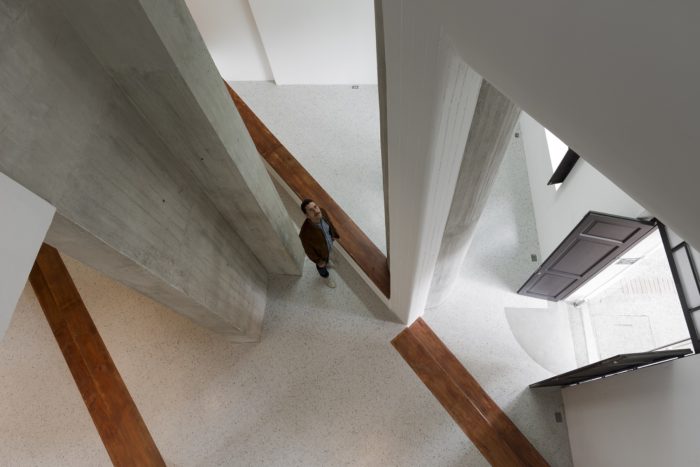 NV: Regarding several of the points we’ve touched on, I wanted to see if you would tell us in a more personal manner in what direction you imagine your work moving in coming years, after having returned to Colombia, passed through public institutions, and at last taken up an independent curatorial practice. In all seriousness, do you still like being a curator?

CPdL: Yes, of course I still like it. Even from this conversation, it is clear how much work remains to be done. Although I’ve had a strong interest in thinking structurally, as one can within the public sector or at a museum, I am more inclined at this moment towards independent work, with the hope that in any context, be it commercial, institutional, alternative, or an art fair, one can say and do things that provoke internal dialogue, reflection, and questioning: I think of curation as the construction of Trojan horses. That’s my plan for now, we’ll have to see what comes next.

A Position in the Margins

Las buenas intenciones: Praise for the Experience of Everyday Life