Baudelaire and the 19th-century French decadent poets famously laid down the imperative to “shock the bourgeoisie.” Twentieth-century avant-garde movements answered this call, using unheard-of materials and modes to make new art for a new era. But innovation has gone from being a viable, world-building artistic strategy to a tech buzzword and a prerequisite for artists seeking blue-chip mega-collectors. Late capitalism has robbed shock of its political value. The terms of transgression have changed. The modernists and their successors reinvented art—now it’s time to reinvent the art market. 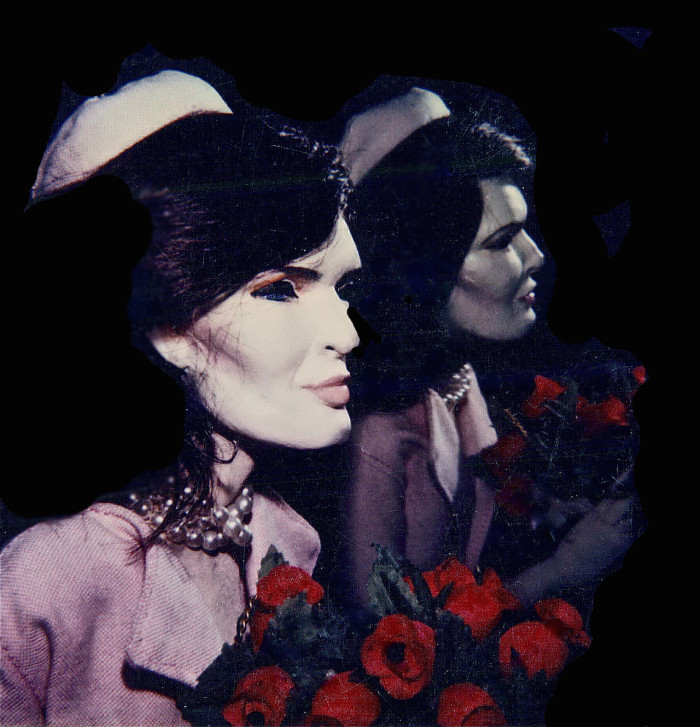 In 1999, Charles Saatchi’s famous “shock art” exhibition, Sensation, came to the Brooklyn Museum. One painting in the show—which, at the time, Jerry Saltz called “the work that launched a thousand slurs”—inspired particular public outrage: Chris Ofili’s The Holy Virgin Mary (1996). The gorgeous piece features a stylized black woman surrounded by 100 images of female genitals and butts. Her breast is fashioned from elephant dung, and the canvas is propped on two lumps of the same scatological material, one inscribed with the word “Virgin” and the other “Mary.” Rudy Giuliani, New York’s former mayor who is particularly famous for his leadership in the wake of 9/11, called the work “sick stuff” and unsuccessfully attempted to shut down the exhibition. Last week, on June 30, 2015, the painting sold for 4.5 million dollars at a Christie’s evening sale in London. 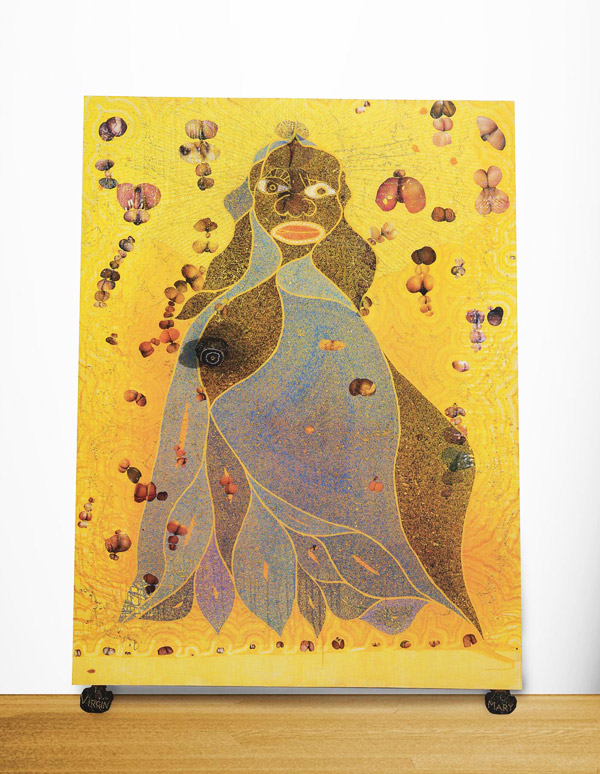 In 1917, almost eighty years before Ofili made his Mary, Marcel Duchamp debuted his now-iconic readymade sculpture Fountain, an appropriated urinal that was similarly deemed obscene and devoid of artistic value. Fountain is, of course, now among the most seminal works of modern art, and its transgressive claim—that art could be an intervention instead of an invention—changed the field fundamentally and forever. Its legacy includes once-shocking works like Judy Chicago’s installation The Dinner Party (1974-79), in which historical feminists are represented by plates adorned with vulvas; Chris Burden’s Shoot (1971), in which the artist commissioned a friend to shoot him in the arm with a .22 rifle from 15 feet away; and Andres Serrano’s Piss Christ (1987), a photograph featuring a plastic crucifix submerged in urine that caused Jesse Helms, North Carolina’s notoriously harmful right-wing senator, to say of Serrano, “He is not an artist, he is a jerk.”

Baudelaire, Rimbaud, and their fellow French poets of the late nineteenth century laid down the imperative to “shock the bourgeoisie.” Avant-garde art movements—from Cubism to Dada to Surrealism to Futurism and others—did just that. They employed shocking materials in shocking ways, obliterated conservatism (artistic and otherwise) and prompted irate responses from politicians like the Giuliani and the Helms of their day.

But The Holy Virgin Mary is now worth 4.5 million dollars, and the terms of transgression have changed. In 1991, Saatchi, an advertising mogul, commissioned Damien Hirst’s The Physical Impossibility of Death in the Mind of Someone Living, a taxidermied 14-foot tiger shark suspended in a tank filled with formaldehyde. In 2004, he sold it to a hedge-fund-managing billionaire for 12 million dollars. Hirst, the king of the irreverent Young British Artists (YBAs), went on to become the poster child for the commercial, wealth-saturated art world. In 2007, he spent 28 million dollars producing For the Love of God, a skull made entirely of diamonds—legend has it that he bought so many of the gems at once that their market price actually fluctuated. In 2012, his Spot Paintings appeared in all 11 branches of the Gagosian Gallery empire, and that same year, he collaborated with Mary-Kate and Ashley Olsen on a line of luxury backpacks. In his book The $12 Million Stuffed Shark, Don Thompson writes:

“How does an artist other than Hirst get past these gatekeepers [branded dealers]? Most often with work that is big on creativity, innovation, or shock value, rather than through traditional skill in draftsmanship or use of color. The first stuffed shark attracted more attention and much more money than the thousandth great color field painting. Marc Quinn’s cast of his own head made from his frozen blood, or Marcus Harvey’s portrait of child murderer Myra Hindley made with tiny images of a child’s hands, attracted more publicity than conventional art.” 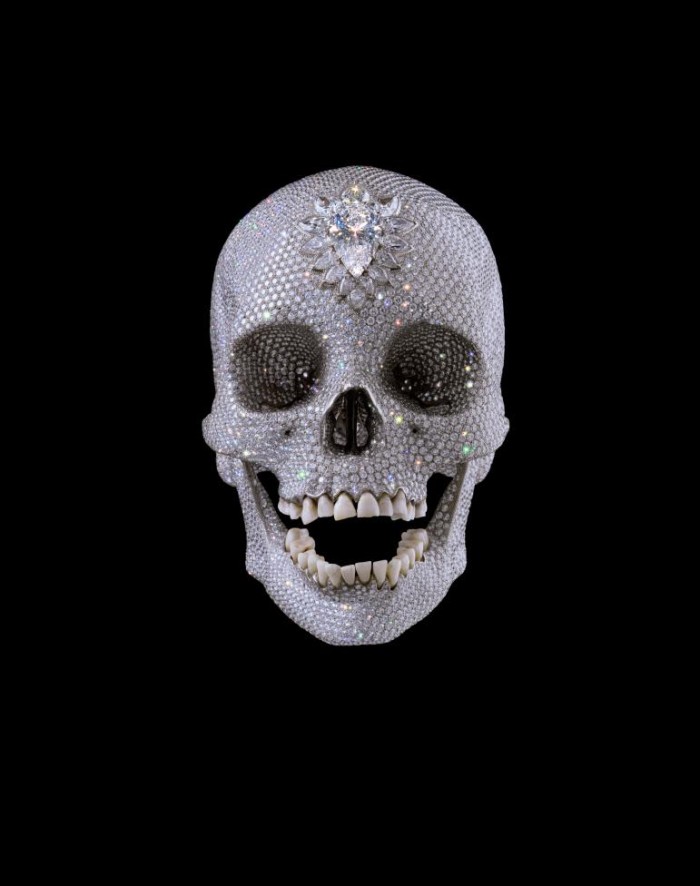 “Innovation,” once a deviant and commercially non-viable artistic strategy (Van Gogh famously only sold one painting during his lifetime), has become a marketable quality for blue-chip gallerists and auction houses. To use an apt idiom, shock value has jumped the shark. What made the richest collectors attracted to this kind of art? One speculation is that, since contemporary art often cannot be described using the language of aesthetics and can be difficult to appreciate without context, “creativity” is easier to identify than quality. Another is that, since art is now, in Don Rubell’s words, “an international currency,” the riskiest investments have the most financial potential.

Speaking more generally, though, innovation has gained an entirely new meaning in our culture over the past two decades. “Disruption,” once the beating heart of the avant-garde, is now the guiding buzzword of Silicon Valley. In her 2014 New Yorker article “The Disruption Machine,” Jill Lepore writes:

“Ever since [Clayton M. Christensen’s book] The Innovator’s Dilemma, everyone is either disrupting or being disrupted. There are disruption consultants, disruption conferences, and disruption seminars. This fall, the University of Southern California is opening a new program: ‘The degree is in disruption,’ the university announced. ‘Disrupt or be disrupted,’ the venture capitalist Josh Linkner warns in a new book, The Road to Reinvention.”

When I searched for the word “disruption” in the journalism archives of Longform.org, the first hit was a headline that read “Five Huge Industries that Never Saw Disruption Coming.” Looking closer, I realized that it was a sponsored post from Hewlett-Packard. Disruption, a frequent punchline on the HBO comedy Silicon Valley, is the stuff of satire. And in any case, the tech industry certainly wins the award for most earth-shattering innovations in the twenty-first century.

The question, then, is how can art have political weight when the avant-garde is no longer avant-garde? The answer is probably not to be found in exhibitions like All the World’s Futures, this year’s Venice Biennale, curated by Okwui Enwezor, whose overarching theme related to “the confluence of sociopolitical changes and radical historical ruptures.” Many of (even the best) pavilions are heavy-handed and focus on hot-button issues, all lacking futurity. Real futurity comes from undeniable quality—the ability, as it were, to stand the test of time. Last week, I was talking to a disillusioned young artist who lamented that he and his peers are trained to aspire to quit their day jobs, rather than to make good art. What if the goal was to make things complex, insightful, beautiful enough to matter to people in different places, different times, different markets? It’s long been the case that no medium is off-limits. We don’t need the new; we need the good. We need works that don’t rely on “innovative” forms to build new worlds. Examples that have recently been on my mind include Greer Lankton’s dolls, Mike Kelley’s sculptural renderings of Superman’s native planet, and Sarah Charlesworth’s meditative photographic juxtapositions.

In his essay “Image Explosion,” art historian David Joselit writes, “If art has political efficacy in the twenty-first century, it may lie in cultural diplomacy as opposed to the invention of avant-garde forms as new content.” He argues for the redistribution of “image wealth,” which is, of course, disproportionately concentrated in the (white) global North. In 2011, for example, Yale University returned a collection of Incan objects found at Machu Picchu to Peru after 100 years of custody and a long international conflict; many such disputes remain ongoing.

In addition, it’s no secret that most of the global art world’s elite institutions still have, let’s say, a demographic problem. It was 1985 when the Guerilla Girls collective first released the information that the top 18 New York galleries (including Pace, Mary Boone, Leo Castelli, and Marian Goodman) showed “no more than ten percent women artists or none at all.” The figures for 2015 at the corresponding galleries (including Pace, Gagosian, David Zwirner, and Paul Kasmin) showed “no more than twenty percent women artists or none at all.” According to a major report on art industry sexism that ARTnews published earlier this year, only seven percent of the 410 works from MoMA’s permanent collection currently on display are by women, and even fewer by people of color. It’s another instance of the imbalanced distribution of “image wealth.” Joselit writes, “There is an entire political economy of image circulation, which should be of major concern to contemporary art,” adding, “It’s very important to remember that what we recognize as global is a tiny subset of world art.” Perhaps this is inevitable, but there remains no doubt that the market and its maneuverers are (unsurprisingly) more interested in discovering the artists who will make the trendiest brands than the ones who make the best art. This occurs very often to the exclusion of women, people of color, disabled people, aging people, and especially any combination thereof. If there’s anything left to disrupt, it’s that.