We are Many: Experiments in Collectivity 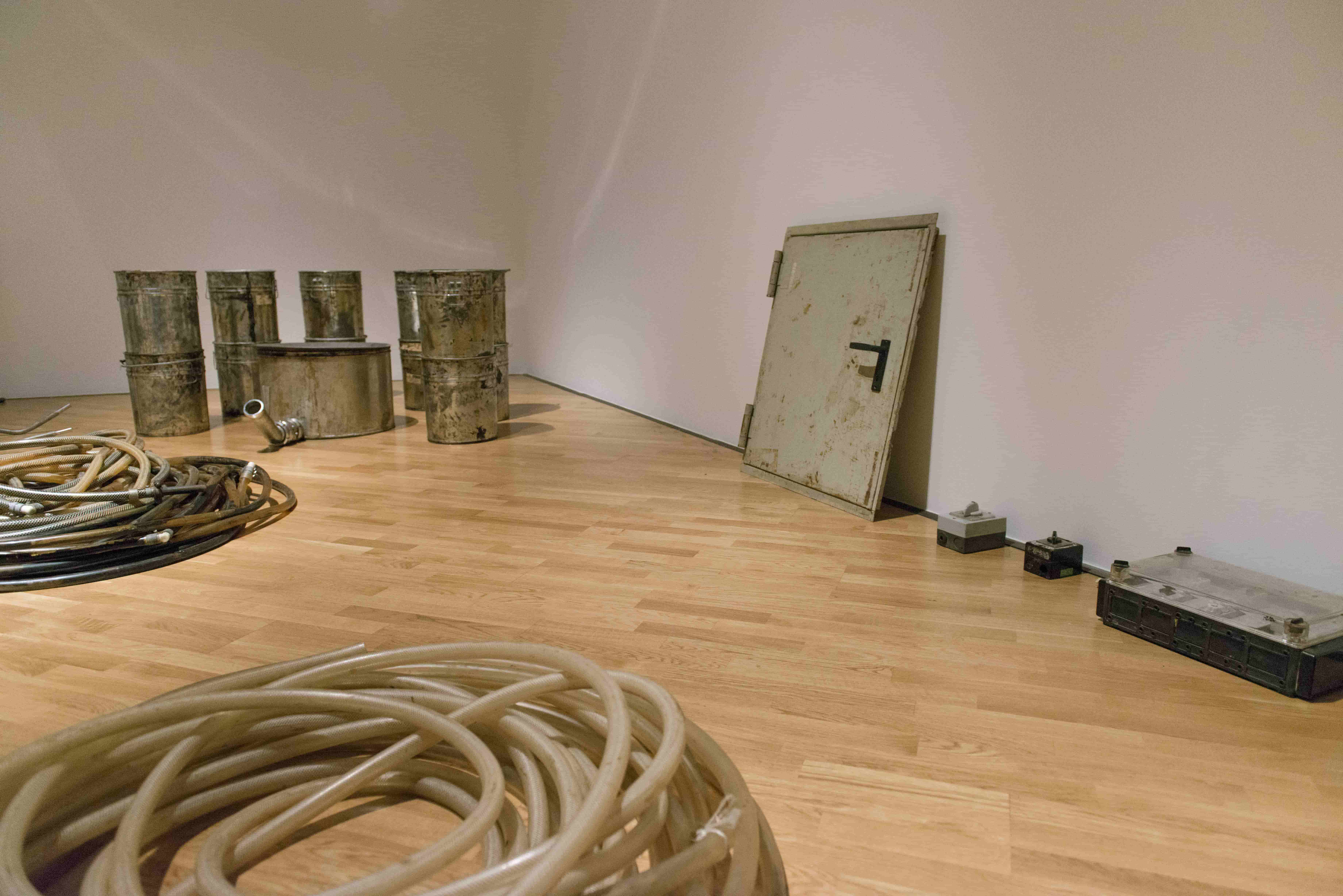 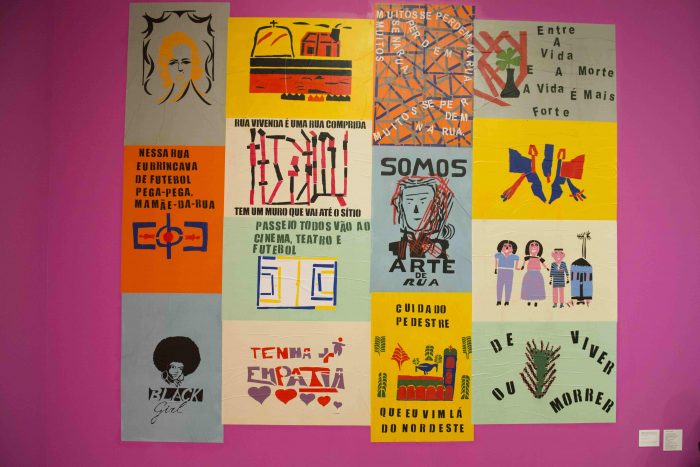 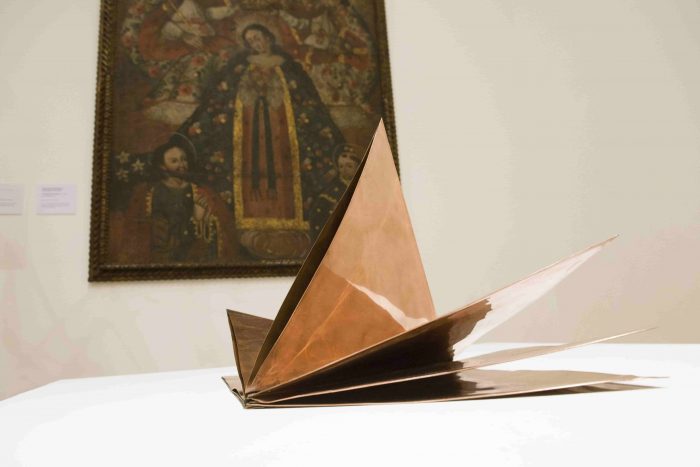 Pinacoteca de São Paulo, the museum of São Paulo State Secretariat for Culture and Creative Economy presents the group exhibition We are Many: Experiments in Collectivity, which investigates artistic practice as a collective exercise. Curated by Amanda Arantes, Fernanda Pitta and Jochen Volz, the show presents artistic experiences designed as direct or indirect dialogues with Joseph Beuys’ production, one of the most important and active artists of the second half of the twentieth century. With him, seven other national and international artists and collectives will participate, such as Hélio Oiticica, Maurício Ianês, Mônica Nador and Jamac, Coletivo Legítima Defesa, Rirkrit Tiravanija, Tania Bruguera and Vivian Caccuri.

Joseph Beuys (born 1921 Krefeld, Germany–died 1986, Düsseldorf, Germany), coined the expression “social sculpture”, as a concept to defend the understanding of every human activity as an artistic practice capable of structuring and transforming its own environment. The social sculptor is the one who, using language, thoughts, actions and objects, creates new structures in society. For him, society is the raw material of his work, just as the stone, wood or clay would be for the sculptor. Going deeper into this theme, the exhibition brings together a group of artists whose research has been focused on the creation of spaces that foster the imagination of new forms of sociability and ways of life, as Beuys formulated.

As the centerpiece of the exhibition, the curatorship presents a set of Beuys’ works—including videos, drawings and collages—notably the Honigpumpe am Arbeitsplatz installation (1974-1977), brought from the Louisiana Museum of Modern Art, Denmark, which was presented at documenta 6, in Kassel, Germany, in 1977. During that exhibition, the artist installed tubes running into the corridors and around the staircase of the Fridericianum (main building of the event), through which two tons of honey were flowing pumped by a motor. Using honey as a symbol of the product of collective work and its circulating state as a reference to the blood flow of the human organism and society, the work served as a meeting place for the activities of the Free International University, an alternative place of research and cooperation founded by the artist in 1973. The work is considered today to be one of the most outstanding pieces from the German artist, which anticipated discussions on creativity, economy and democracy.

The exhibition also highlights the understanding of art as a collective practice that dissolves the concept of individual authorship. “The maxim ‘everybody is an artist’, perhaps one of Beuys’s best known, explicitly renounces the uniqueness of a work of art in relation to the restrictive notion of authorship, but it also claims the understanding that with collectivity it is possible  to gather and enhance the will and creative capacity of different individuals”, as curator Amanda Arantes explains. Hélio Oiticica (Rio de Janeiro, 1937 – 1980) was one of the main artists to experiment with this idea, making the public participate instead of being the viewer.

His work, Apropriação (Mesa de Bilhar, d’Après O Café Noturno de Van Gogh) made in 1966, was displayed for the first time at the group exhibition Opinião 66 in the Museum of Modern Art (MAM-Rio), and after its presentation fifteen years ago in São Paulo, now is displayed at the current exhibition. Through it, the artist introduces the idea of art as a game: “Everyone, including me, discovers the game or the element of ‘pleasure’ in the game. This is important: the artwork is delightful and, as such, it can be free (e.g. people play whenever they want, if they know the rules of the game, etc.). Participation is not that of ‘real life’, as you might think, but a free participation for pleasure which is undertaken by the proposal of a game, perhaps the most interesting and classic of parlor games”, is what he once declared about this work.

According to curator Jochen Volz, “when tracing the potential of Beuys and Oiticica’s strategies and the legacy of their productions to contemporary art, we can see how language, the field of action—beyond conventional artistic spaces, such as galleries and museums—, the specific theories and tools of both artists have become important to subsequent generations of art professionals. The current exhibition brings together a unique constellation, but it is one among many other possible works of artists who consciously labor to expand the notions of collectivity, artistic creation and the artist’s role as an agent of change.”

The dissolution of individual authorship also permeates the practice of Monica Nador (Ribeirão Preto, SP, 1955), who since 2004 has been acting at Miriam Art Club Garden (known—Jamac by its acronym in Portuguese), a project focused on developing creative solutions to cultural problems with the help of residents of São Paulo’s south area. Especially for this exhibition, the artist joined the Extramuros Educational Project, developed by the Pinacoteca’s Center for Educational Action (known—NAE by its acronym in Portuguese), in which the participants can make compositions from their own life stories, resulting in collective murals, banners and other pieces that will be part of the exhibition.

Maurício Ianês (Santos, SP, 1973), whose performances are among the most relevant works today in Brazil, presents Ágora. He suggests a collective construction of a space for dialogue and reflection. The artist will spend his days in the exhibition space receiving the visitors for a coffee, a conversation, or to create drawings, etc. Using his own body and his individuality as a raw material, Ianês reverses Beuys’ equation and offers the public the opportunity to jointly shape new structures and change relationships.

Vivian Caccuri (São Paulo, SP, 1986) uses sound as a starting point to explore perception and issues of historical, cultural and social nature. Through objects, installations and performances, her work opens up a space for altering meanings, narratives, and conventions normally fixed in our own cognitive thinking. For this exhibition, the artist departed from the musical instrument and triangular form to create the unprecedented sound installation Ode ao triângulo, presented as a kind of memorial composed of elements—some of them belonging to the Pinacoteca—linked to music, spirituality and, above all, to the ritualistic and collective aspects of art, which will be activated by musical performances throughout the exhibition.

The Thai artist Rirkrit Tiravanija (Buenos Aires, Argentina, 1961) proposes an open stage, based on the Raumbühne spiral structure (stage space), a term defined by the architect and theorist Friedrich Kiesler. Known for works that require situations of social exchange in common spaces, Tiravanija now appropriates this foundation to create a theatrical performance experiment, which will be available for the free use of visitors. There, they will be able to express themselves, bringing their skills, talents and wishes, whether in the form of workshops, dance and theater shows, or in the form of poetry recitals and yoga lessons. The work will also receive the immersive performances of the Coletivo Legítima Defesa, performed in partnership with the South African musician Neo Muyanga and the Brazilian curator Thiago de Paula.

Beuys also understood artistic production as an educational practice, having once asserted that his “main work of art was to be a teacher.” As the curator Fernanda Pitta comments: “More than alluding to the performative aspect inherent in all teaching activities, with this phrase the artist emphasizes the notion of the artist as an agent that suggests the expansion and enrichment of the social field.” Relating to this pedagogical aspect of his legacy, Tania Bruguera (Havana, Cuba, 1968) thoroughly investigates the purpose and consequences of art and develops a diverse practice, which she calls in her own terminology ‘art of conduct’ or ‘art of behavior’ and ‘useful art’.

Thus, she propounds, the Escola de Arte Útil, consisting of a series of lessons to be taught within the exhibition space until the closing of the exhibition, and focused on the discussion of this concept and the practices related to it. The lessons will be coordinated by the artist Fábio Tremonte and will count on the participation of artists, teachers and specialists, as well as partnerships with local universities. The project aims at discussing the potential of art to alter perspectives and to encourage changes in social, political and cultural development.

Yet, We are Many: Experiments in Collectivity suggests the public knowing or revisiting multiple experiments on collectivity beyond the museum’s physical boundaries. In the year that the institution is preparing its expansion to the new Pinacoteca Contemporânea building, the group exhibition joins the Pinacoteca’s intention to think of its own commitment and role as a transforming agent in the neighborhood and the city.