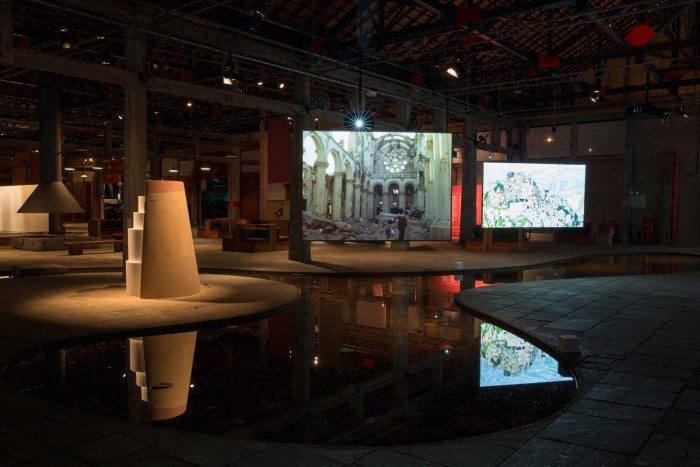 19th Videobrasil: A commitment to diversity

Videobrasil is a festival concerned with the moving image and launched by Brazilian curator Solange Farkas in 1983. For over three decades, it has accompanied the production and diffusion of video art in Brazil, through an open call revised by a team of curators (that this year included Bernardo José de Souza, Bitu Cassundé, João Laia, and Júlia Rebouças) whose role is not so much to deliver a grand message about the artistic treasures they find, but to compose an inclusive panorama of the works submitted –hence, this year’s title, Southern Panoramas. If that wide conception of curating might seem different from other perspectives used by über-curators and in prophetic-like biennial statements, in Latin America, the open call and the “salon” format have long been a parallel practice used to guarantee the transparency in the constitution process of exhibitions. It is important to keep in mind that history at the moment in order to remain aesthetically critical –from a purely exhibition-making point of view– of the different proposals taking place in the three venues of the festival. 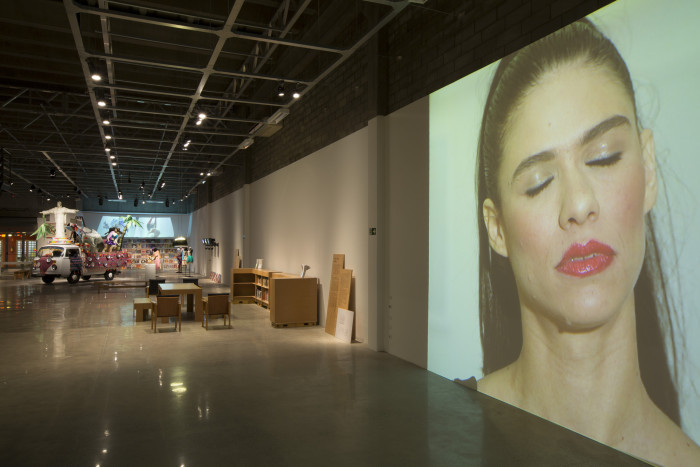 The main exhibition venue is the SESC Pompeia, built by famous national architect Lina Bo Bardi in 1986, and one of the 35 venues of an important network of social centers in São Paulo, which has hosted the festival since 1992 and whose mission includes the diffusion of culture at large. The curators chose to embrace the difficult Bo Bardi “signature” space, made of red bricks, wooden and metal embedded furniture —as well as a small pond of water crossing the space— by refusing the individual video booth system that seemed to have been the given format until now, and instead creating a scenographic landscape composed of installations, sculptures, and various simultaneous multimedia video screenings. 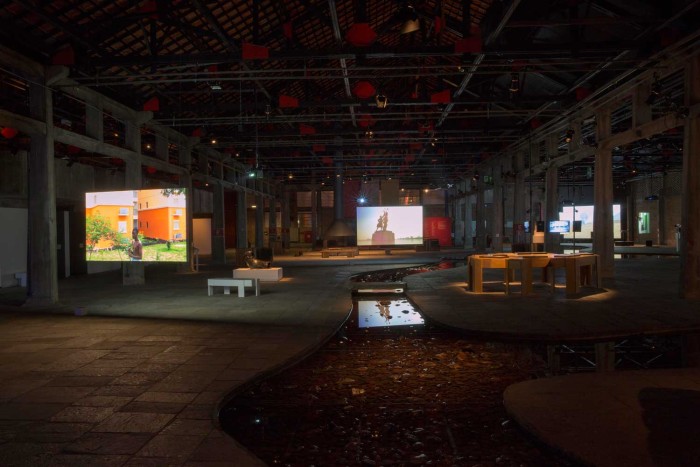 The display is quite successful throughout the most open part of the space, where works can be viewed simultaneously, creating meaningful connections between landscapes and protagonists (Maya Watanabe, Escenarios II, 2014; Taus Makhacheva, Gamsutl, 2012; Tiécoura N’Daou, Danse des masques en pays Dogon, 2014). Productions about racism and exclusion (Michael McGarry, Excuse me while I disappear, 2014), post-identity politics (Hui Tao, Talk about body, 2013), (de)colonization (Bianca Baldi, Zero Latitude, 2014), corporate culture (Pilar Mata Dupont, Purgatorio, 2014), nationalism (Monica Rodriguez, None of the above, 2013), or dystopic architecture (Mihai Grecu, The reflexion of power, 2015), without forgetting love (a beautiful and clever three-channel installation by Roy Dib, A spectacle of privacy, 2013, where Israel and Palestine personified as lovers discuss the complexity of their relationship), draw a poignant and diverse panorama of the contemporary matters of our world. The rest of the show, spread between the multimedia library and the elevated central mezzanine, might appear more diluted after the strong overlapping display of the foyer, but paradoxically allows more space to individual proposals that effectively oscillate between discretion and aesthetic strength, such as the uncanny loop of a samba dancer (Chameckilerner, Samba 2#, 2014), the disarticulated paintings of Paulo Nimer Pjota, or the humorous performance drawings of Felipe Bitencourt. A definiçao da Arte, 1996, by Vera Chaves Barcellos, which closes the show with a refreshing distance toward artistic dogmas in general. 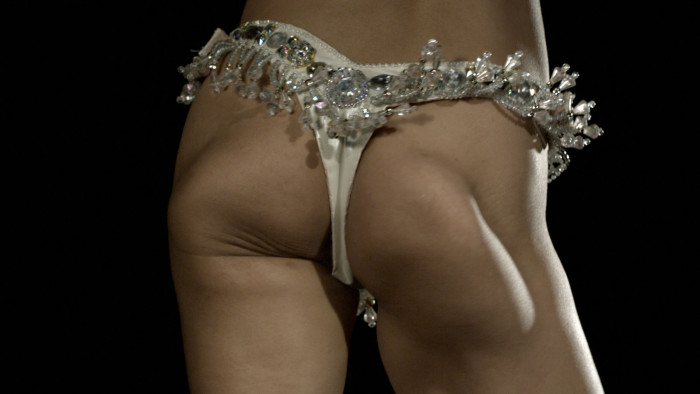 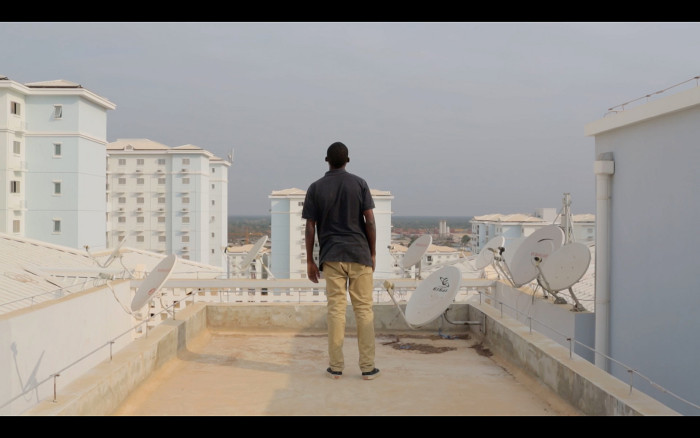 New commissions in the festival by canonic figures such as Sônia Gomes and Abdoulaye Konaté, or genius dysfunctional storyteller Gabriel Abrantes (of Portuguese origin), clearly positioned the “global south” as a “state of mind” (to paraphrase another art publication), rather than a clear geographical location. Some proposals clearly stood out in the film program, notably the ones of Letícia Ramos’ video performance (Vostok, 2014), Ana Vaz (A idade da pedra, 2013), Karolina Bregula (Fire-followers, 2013), and Tatiana Fuentes Sadowski (La Huella, 2012). Interestingly, most of these works question ideas of origin, identity, and memory in a neoliberal world seeking to affirm the emergence of a global, generic citizen. The same might be said of Carlos Monroy’s project, O Museo do Lambada, 2015, as well as Cristiano Lenhardt’s Superquadra-Saci, 2015, the two most interesting commissions presented in the permanent venue that the festival inaugurates this year, located in the Vila Leopoldina neighborhood of São Paulo. 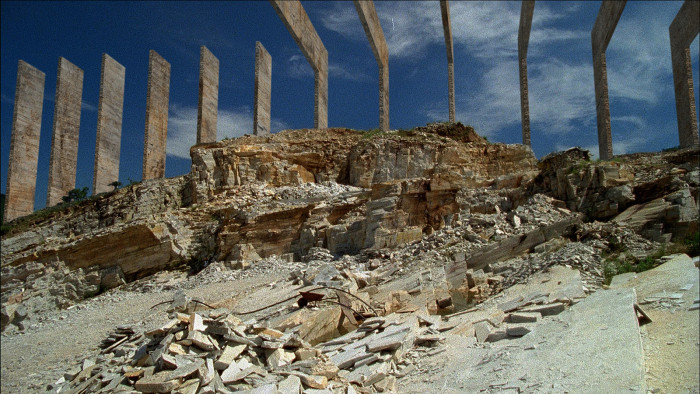 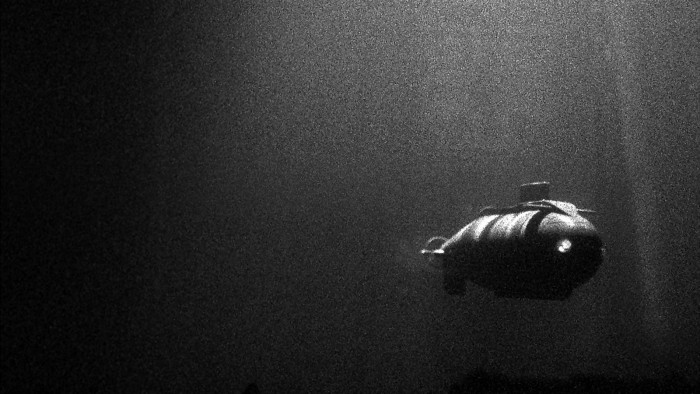 The last show of the festival is an historical perspective on the collection of Videobrasil curated by Brazilian Curator Diego Matos at the Paço das Artes, entitled “The one born for adventure doesn’t take another path” (my translation). At first, the museography of the show announces itself a bit austere: successive video rooms composed of white walls and wooden floors unfold in the brutalist space of the university. But slowly, something emerges from the texture of these images of another time, far from the HD aesthetics that now govern most of documentary/cinema contemporary production. The works are shown on different formats: video projected (Sandra Kogut, Parabolic People, 1991), on TV screens (Cristiano Lenhardt, Copan Ao Vivo, 2006), and monitors (João Moreira Salles, Dois Poemas, 1991), with headphones or individual ceiling audio speakers, enabling cohabitation of different screenings in one room. The abundance of found footage from ‘90s production reminds us that artists seek to challenge the images that intrigue them the most and that the semiotic media warfare imposed on us since the Gulf War (Claudia Aravena, 11 de Septiembre, 2002 ; Malek Bensmaïl, Territoire(s), 1996,) can be seen as a shift in our belief in images –a breach of trust– of which current HD & 3D trends might be a faraway consequence, augmented reality mixing with décor on a totally plausible level. The idea of video as a witness –of a discourse, of social struggle, of an era– is something emphasized in the selection such as notably in Black and White, 2003, by Carlos Nader; Temporada de Caça, 1988, by Rita Moreira; or A Situaçao, 1978, by Geraldo Anhaia Mello. These works contextualize Brazil’s current social and economic situation and possibly affirm video art as an important denunciation apparatus at the margin of official narratives. 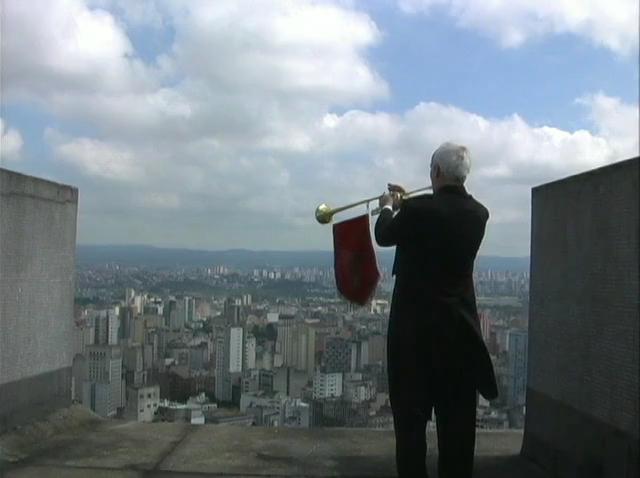 Its commitment to diversity is the thing that make Videobrasil singular, among other similar image dedicated festivals, especially the ones that appeared in the past ten years. Allowing artists to present a wide range of works for the competition, Videobrasil acknowledges the challenge to produce ambitious films, whose circulation is too often limited by the “premiere” policy of many festivals, “an aberration,” as stated by one young Brazilian filmmaker. The festival as an event in itself is obviously a success, notably through its generous invitation policy that brings artists from all over the world to meet their fellow practitioners, to exchange and to potentially collaborate in the future. The organization’s biggest challenge now seems to be the diffusion and access of their collection composed of 1,300 works, notably through the internet. Hopefully this too will be handled by Farkas and her team with the same inclusive vision that the festival demonstrated over the past thirty years.

All images courtesy of the artists and Videobrasil.
Photos by Everton Ballardin and Tiago Lima.