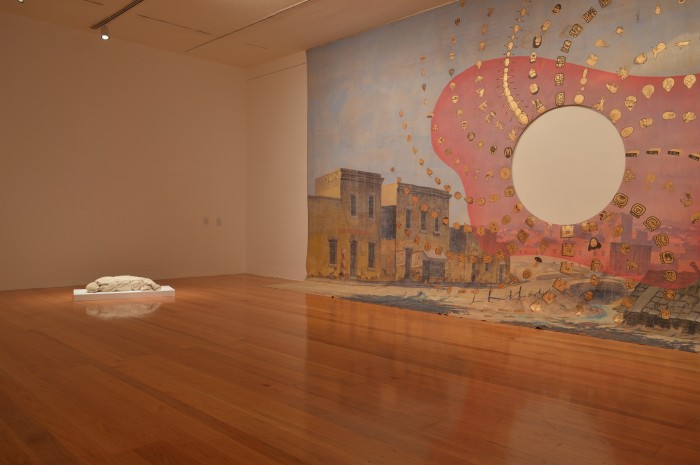 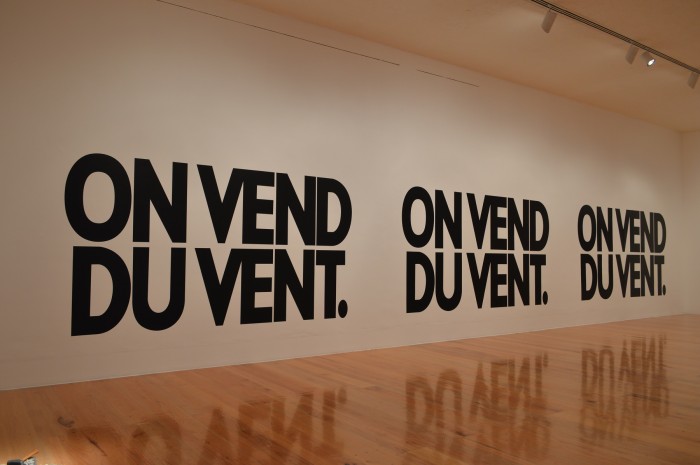 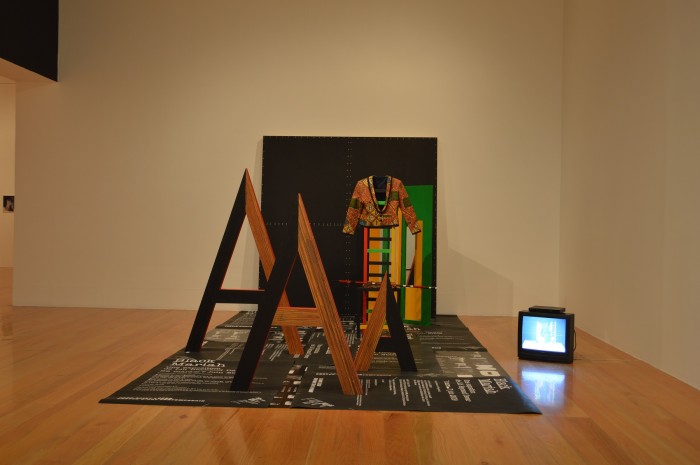 The Museo de Arte Contemporáneo de Monterrey presents a selection of some of the most important pieces from the Bordeaux CAPC musée d’art contemporain collection, representative of the different periods of its history. The show includes pieces from the early years after the museum’s foundation as well as from the 1980s, when it became more established; it also highlights the museum’s role in presenting new generations of artists and curators that represent the zeitgeist of different periods. Toujours reveals a collection in constant movement, aware of cultural constructs and of the spirit and ideas of its time.

The exhibition’s title Toujours –word that means “always”- is inspired by the the Jack Pierson sculpture one sees as one enters the space. This term brings to mind the idea of the continuity of an institution, of a collection and of the works created by the artists that have shaped the history of the CAPC. With its different definitions, the idea of continuity takes us back to the time that has passed since the museum’s foundation, the continuity of its activities, the consistency of its programs or the perseverance of the teams that have worked there.

How does a piece of art transcend? The word toujours also alludes to the museum’s role as a witness to history and to its main mission: acquiring, conserving, studying and exhibiting its collection. This is why the show focuses on a selection of pieces that establish a dialogue between them. Conceptual pieces by artists such as Daniel Buren and Sol LeWitt, closely related to the museum’s first program of exhibitions or presented in later shows organized by Harald Szeeman and Marie-Laure Bernadac, coexist with emblematic interventions by artists such as Annette Messager and pieces by more recent creators such as Leonor Antunes, Wolfgang Tillmans and Lili Reynaud-Dewar.

The exhibition posits a non-linear revision of the history of the different shows presented at the CAPC and their effect on the creation of the collection. It thus provides a broad view of the historical contexts and socio-political and cultural phenomena that both the museum and the artists have witnessed. It thus lays emphasis on the non-chronological relationships with multiple meanings that arise among the pieces.

This selection of works seeks to underline the museum’s role and its historic responsibility in the construction of a collection. Each piece is a witness, an idea, an opinion and it forms part of the history of the period in which it was made. It can thus be said that the pieces acquire a new meaning, because a collection reflects the different ways in which artists are witnesses as well as active participants of their time. Toujours proposes an interpretation related to the current socio-political context and the continuity of certain historical phenomena. It also analyzes possible relationships between language, movement and space. Each piece has its own cultural reference and when it is juxtaposed with other pieces in a new context, a dialogue is established in which a new analysis can arise—another point of view about the history of a place (which could be the museum) or about our common history.

Among the pieces included in the exhibition are Wall Drawing n°2, 1968–1990 by Sol LeWitt that establishes a link between minimalism and conceptual art. Encadrant-Encadré, 3 rythmes pour 4 murs, 1991, created specifically by Daniel Buren for his solo show at CAPC musée that year, occupies an important place in the CAPC collection. Inventaire photographique des objets ayant appartenu au jeune home d’Oxford, 1973, by Christian Boltanski, a representative piece of his ongoing research on memory.

The CAPC was created by Jean-Louis Froment in 1973 with the exhibition Regarder ailleurs organized in the lobby of the Palais de la Bourse. In 1974, the art center was transferred to the Entrepôt Lainé, a twenty-first century antique warehouse that once received products imported from the colonies.

In 1984, the CAPC changed from art center to contemporary art museum. At the time, it was one of the few places in France, along with the Pompidou Center, that was dedicated to contemporary art. The museum quickly acquired international fame thanks to its minimalist, conceptual art and arte povera exhibitions.

The building´s renovation, in charge of architects Denis Valode and Jean Pistre and interior designer Andrée Putman, ended in 1990. This same year, White Rock Line, a piece by Richard Long created for one of the second story terraces, joined the museum´s collection. The nave, the museum´s main space, became a place for experimentation for numerous artists that created specific projects through monographic exhibitions. These contributed to the development of a reflection about new artistic practices and a redefinition of the meaning of art. The CAPC thus became a place dedicated to contemporary art vanguard.

Imagination belong to us