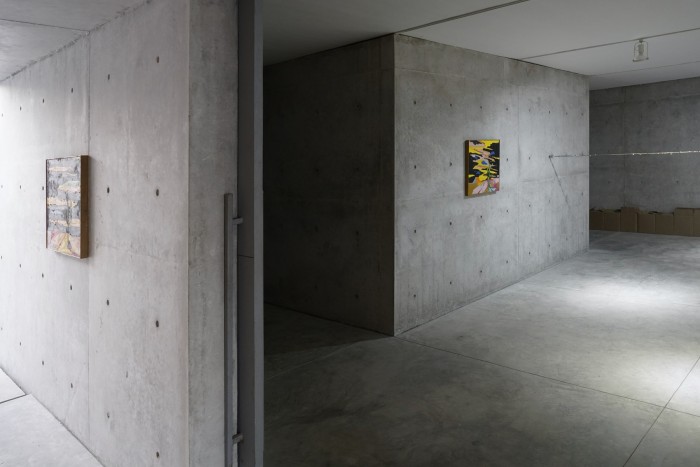 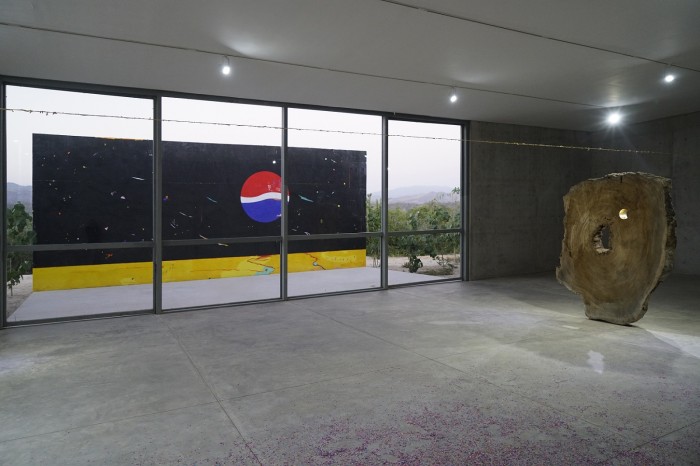 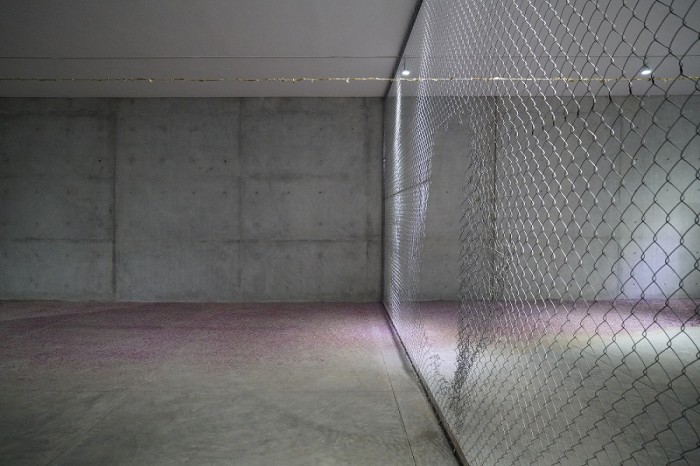 As part of the exhibition program of Fundación Casa Wabi, Tierra Vaga displays the work of Michel François (Brussels, 1956) and Harold Ancart (Brussels, 1980).

The primary focus of Fundación Casa Wabi’s programs is to harmoniously merge the natural environment – climate, vegetation, beach and above all, local culture – with an artistic experience, making this blend a tool for everyday life. This linkage has been developed through the artistic residency community program. Through this exhibition, the foundation’s gallery space also aims to mirror this relationship, avoiding the paradigms of the clean, white cube, which rests isolated from social, cultural and climatic areas.

In Tierra Vaga, Michel François and Harold Ancart built a poetic and mental landscape of Oaxaca’s Costa Chica inside the gallery, which dynamically contrasts and assimilates to the roughness that surrounds the exterior.

François uses materials from the region such as tropical timber and local clay bricks, and other urban elements such as chain-link fencing, ash, confetti, and gold leaf to create a set that reveals multiple realities simultaneously. With a surrealistic and conceptual tinge, the artist intervenes the object and material, twisting them, breaking them, hollowing them, solarizing them, and liberating them from their common forms and status. Those remnants of actions appear in the specific context of the Japanese architect Tadao Ando’s construction of lined concrete. In this way, his large installation reveals evoking social situations, political affairs and other developments related to it.

In the exhibition, the artists combine a 48-meter gold wire with a feast of color by covering the floors with confetti. At the same time, through a large fence opening one can see a perforated wood while concrete contrast with crawling vegetation, making this immaculate exhibition its own. The damaged fence, that is both a limit and a threshold, resembles Francois’ previous work where a cage represents subjectivity and human will. Here in Oaxaca the connotation shifts; “golden cage” is the term used by migrants travelling to the United States who reach the ultimate goal, the “American Dream” that costs them their freedom.

Tierra Vaga is structured in such a way that the juxtaposition of elements creates an ethereal environment in which we can recognize a correlation of François’s work with images of the early surrealism of René Magritte or Giorgio de Chirico. This poetic yet political feature also finds an echo in Mexico’s conceptual art of the early 1990’s.

With a spirit of spontaneity and collaboration, Michel François invited his colleague, the painter and sculptor Harold Ancart to create the large mural of this diorama, evoking Mexican Muralism, of an exotic landscape that graphically emphasizes the conditions and specifications of its location, and operates as another dynamic between reality and fiction.

Tierra Vaga has been created and visually built as a vast diorama, with the intention to create an image of reality as a tragedy inside Casa Wabi, lost in its surroundings.