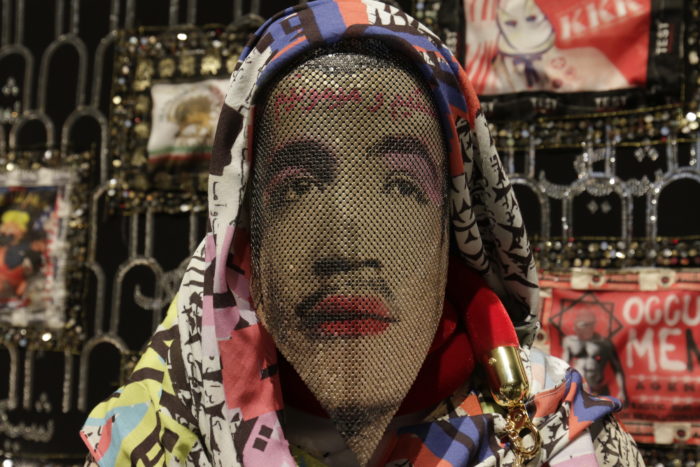 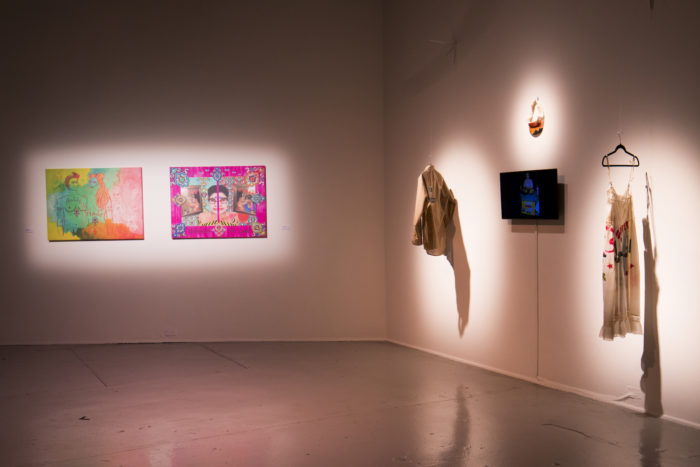 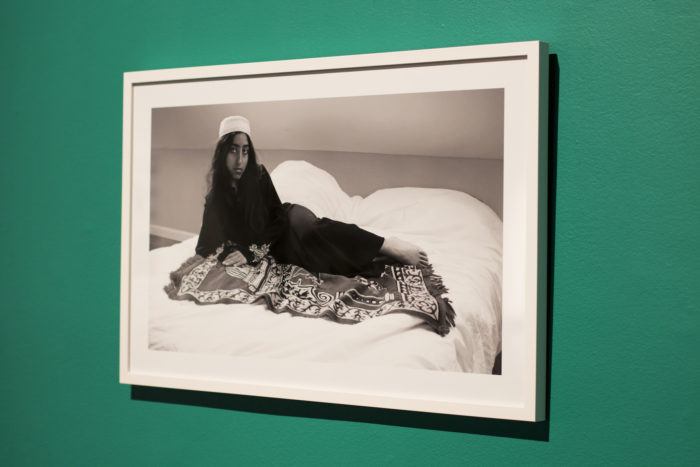 SOMArts Cultural Center presents The Third Muslim: Queer and Trans* Muslim Narratives of Resistance and Resilience co-curated by Zulfikar Ali Bhutto and Yas Ahmed. The second exhibition in the 2017–2018 season of the SOMArts Curatorial Residency, this group exhibition centers artists whose identities as queer, trans*, gender non-conforming and Muslim have consistently pushed them to the margins of the margins.

The Third Muslim insists on the transformative potential of self-representation, revealing the multiplicity of Muslim and queer identities and experiences. Featuring 14 exhibiting artists ranging from Syrian to Somali to Pakistani heritage, The Third Muslim challenges gender-based oppression within Islam, as well as racism (specifically, colorism and anti-blackness) and Islamophobia within mainstream queer and trans* communities. The exhibition will build a visual archive of art and activism created by and for queer and trans* Muslims.

“We recognize that representation functions as connective tissue to the vibrant and complex history of art-activism that exists within the Bay Area to broader communities, including Muslim, queer and trans*, and artists. The exhibition also highlights struggles common among contemporary Muslim queer, trans* and gender non-conforming communities, regardless of locale, including displacement, diaspora, and hyphenated identities,” Bhutto and Ahmed observe of their curatorial debut for The Third Muslim.

Multidisciplinary artist Kiyaan Abadani’s photographic installation plays with themes and borders of disability, gender, diaspora, violence survivorship, spirituality, time and place. It’s about intergenerational trauma, ancestral memory, the past and present mingling and bleeding into one another. They’re often bed-ridden. Their “takht” (bed) is both a space of abundance and scarcity—it is the privilege of having shelter for their unruly, burned out bodymind and a location of displacement & isolation. It is where they time travel, stay still, and/or shape-shift… where they atomize, alchemize, fall apart, and piece back together.  While laying on a heatpad, they dream of collective healing, justice, accessibility, and liberation.

Investigating the conflicts that emerge at the intersection of Middle-Eastern heritage and queerness, multidisciplinary artist Jamil Hellu questions the political nature of bisecting identities while expanding on contemporary representations of gay narratives. Simultaneously an autobiographical investigation of internalized homophobia, Hellu’s work also addresses the complexities and stereotypes of immigrant heritage and Arab ethnicity in the current climate of Islamophobia.

Saba Taj’s mixed media installation represents the three garments she sowed with her mother before coming out as queer. Deeply personal and political, Taj’s work investigates the power of representation, challenging Islamophobia and exploring her multifaceted identity as a queer Muslim.