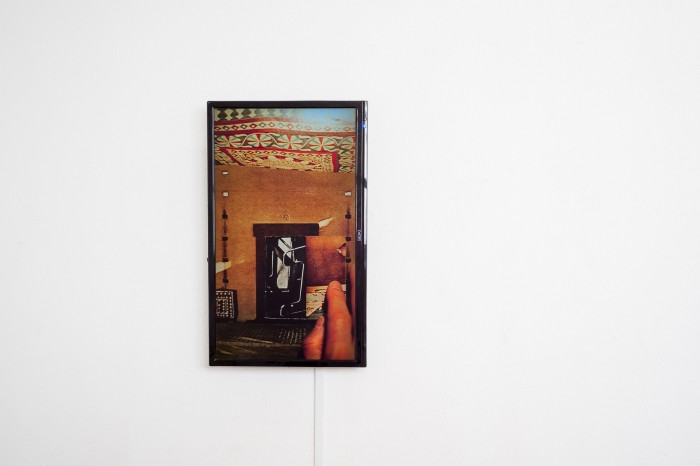 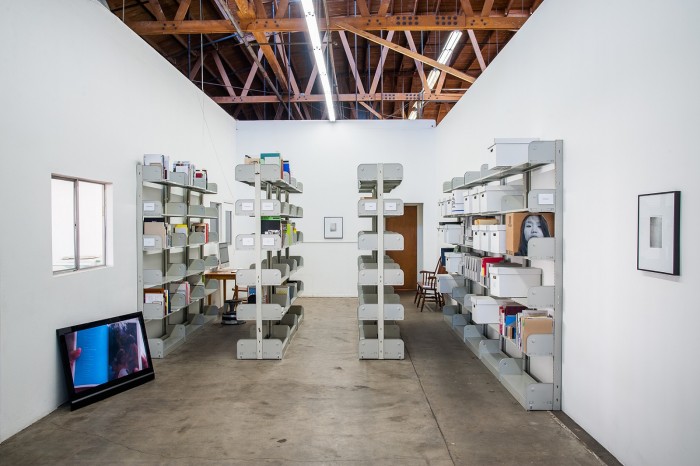 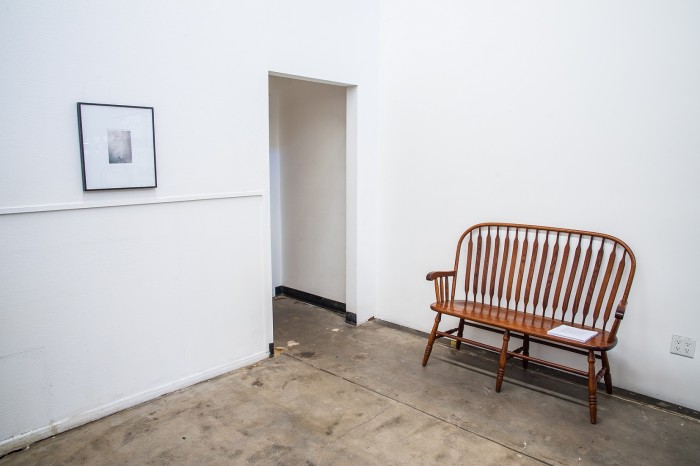 It is much simpler to come to a conclusion, or a pause perhaps, rather than to return to the beginning again and again. The same is true of returning to a source, which appears new upon each inspection. It shifts, it reacts, it digresses, it is read differently and is experienced in unfamiliar ways. Perspectives on layered meanings evolve. As the artists in this project return to and re-read material, an affected consideration of words, sounds, and objects emerges. The original meaning is oftentimes made unclear, muffled, obliterated, and many times distanced from the source material.

That said, we do not aim to abandon our sources. This project allows artists to thoroughly consider and reconsider the study that urges the question. What can extended meditation on material achieve? What possibilities arise out of the arduous process of compulsive artistic research? The cross-references, new symbols, and variant languages make room for alternative subjects and accounts to materialize, even if only through the fissures. And the likeliness that a retelling through erasure, obfuscation, or misreading can advance certain possibilities once unanticipated, or deemed too mundane, to reach the surface.

The Recorder Was Left On, Or The Closer I Get To The End The More I Rewrite The Beginning [1] takes up artists’ practices that share a meditation on archival and source material — including historic, literary, and personal. These contemplative processes demand a slowing down to reconsider various subjects, such as F. Scott Fitzgerald’s quasi-memoir, The Crack-Up and Marquis de Sade’s novella Justine, and Domus magazines from the 1960s. References serve as entry points to other kinds of personal stories, some more legible than others, and to allow a multiplicity of meanings to unfold through a suspension of knowing. New contradictions and constructions help us understand the established narratives that surround us and illuminate states of idleness, loss of communication, disturbance and upheaval in a revolutionary state, as well as abstract, reinterpreted images found in archives. Given this process, the subjects no longer occupy the space of the source material, but inhabit those imagined spaces, contrasting history with the present and layering various narratives.

This project insists the viewer stay present with the work at hand, to enter an artistic space of self-directed meditation. LACA provides an entry point. Works are dispersed throughout the site, colliding with the physical archives and suspending the viewer within a non-conclusive space, including a workspace, artists’ books, documentation, and ephemera, collectively offering a site of production and dissemination. Most importantly, it invites the individual to enter a mode of reflection that understands that the work that initiates this process will only escape us, that it will later shift into another thing, and then another: “What we call texts escape us as the dream escapes us in waking, or the dream evades us in dreams… The text will end up by beginning.”[2]

Doa Aly’s (Cairo) video work, Hysterical Choir of the Frightened (HCF) (2014), borrows from Marquis de Sade’s 1791 text Justine, and also takes up an Egyptian newspaper article on the most recent protests in Cairo during which opposition protesters’ efforts were immediately halted in Tahrir Square on January 25, 2014 — the third anniversary of the Egyptian revolution. What is being said and to what means remains unclear given the references are not made apparent, as Aly sets up a theatrical scene a choir of four women quietly stating passages from the text, shot in a slow, circular pace and advocating violence through a shared desire.

Alejandro Cesarco’s (New York) three prints, A Portrait of the Artist Approaching Forty (I-III) (2013) [3], capture a subtle, slowing down of the artist through the close-ups of holes, scratches, and fillings that mark the surfaces of the artist’s studio. Yet the traces visible on the prints remain indiscernible from one another. Bruce Nauman’s studio work from the late 1960s and Fitzgerald’s The Crack-Up offer Cesarco his departure point along with other works in this series. Cesarco’s video work, If in Time (2012), portrays two characters from his previous video, Methodology, now found sitting and reading texts aloud to one another as their only form of communication. An estranged scene is dramatized, yet the role of the text is never understood: she reads her own text and he reads a text he is writing about her work.

Yann Novak’s (Los Angeles) sound installation, Idleness, Endlessness (2015), deliberates multiples sites and moments in time, drawing from the environment Novak recorded while attending the Parkfield Artist Residency in 2012, and the material he later processed in his studio over a three-year period and also used in live performances. The final composition was created through improvisation with the insertion of periods of inactivity to simply contemplate where the piece had come and where it should go. Altered photographs of the sky taken at his residency frame the single two-hour composition, and offer a personal, nostalgic encounter with a more leisurely moment — one that sets up a tension within the LACA workspace.

Steve Roden’s (Pasadena) video work, knockin on heaven’s door (2015), expands upon a series of works — photographs, collages, and paintings — that began in 2014, during a residency, exploring a group of Domus magazines from the 1960s that belonged to Roden’s father. The silent video presents a simple visual motif — an opening and closing of a door — revealing a series of images. While many images are found images, others are personal, such as a pair of paper chairs that were in his grandparents house, a small Italian radio, and Robert Rauschenberg. The collection can be seen as an archive of orphaned images, not necessarily derived from the artist’s past. The title alludes to Roden’s father’s death and his love of Bob Dylan.

[1] This project partially borrows its title from Alejandro Cesarco’s installation, The Streets Were Dark With Something More Than Night Or The Closer I Get To The End The More I Rewrite The Beginning (2011). Here, however, the viewer is not imagined as a private investigator in a detective story, rather the project favors the artist’s role as one of unrelenting inquirer, a creative peruser of material, with his own unique logic.

[2] Hélène Cixous, “The School of Dreams” in The Steps on the Ladder of Writing (Columbia University Press),
p. 98-99.

[3] I. Walking the Studio or “Of course life is a process of breaking down, but the blows that do the dramatic side of the work — the sudden blows that come, or seem to come, from the outside — the ones you remember and blame things on and, in moments of weakness, tell your friends about, don’t show their effect all at once.” II. Pacing the Studio or “There is another sort of blow that comes from within – that you don’t feel until it’s too late to do anything about it, until you realize with finality that in some regard you will never be as good a man again.” III. Mapping the Studio or “The first sort of breakage seems to happen quick – the second kind happens almost without your knowing it but is realized suddenly indeed.”