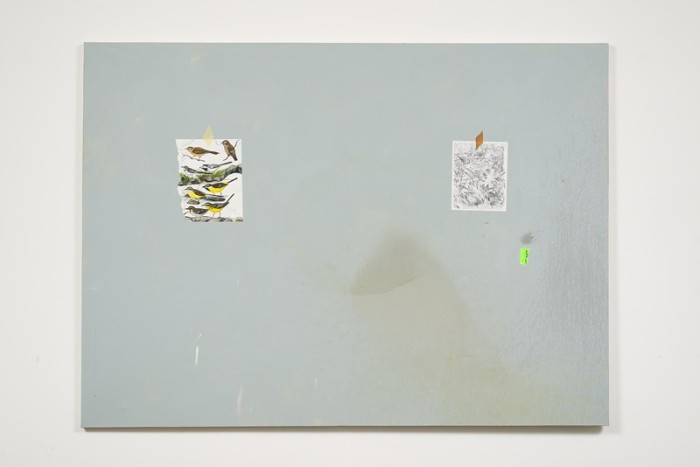 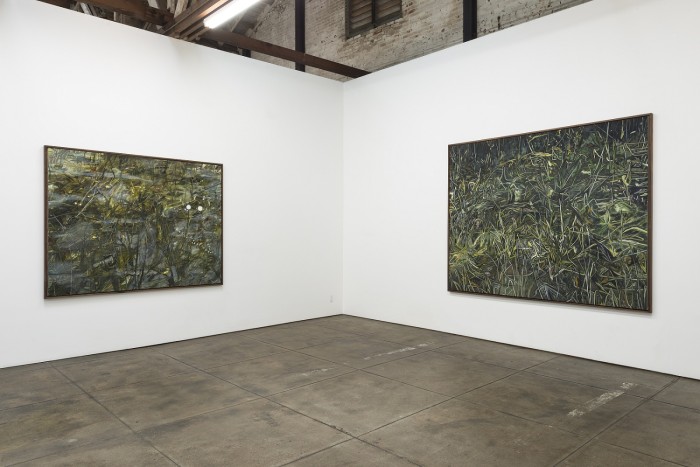 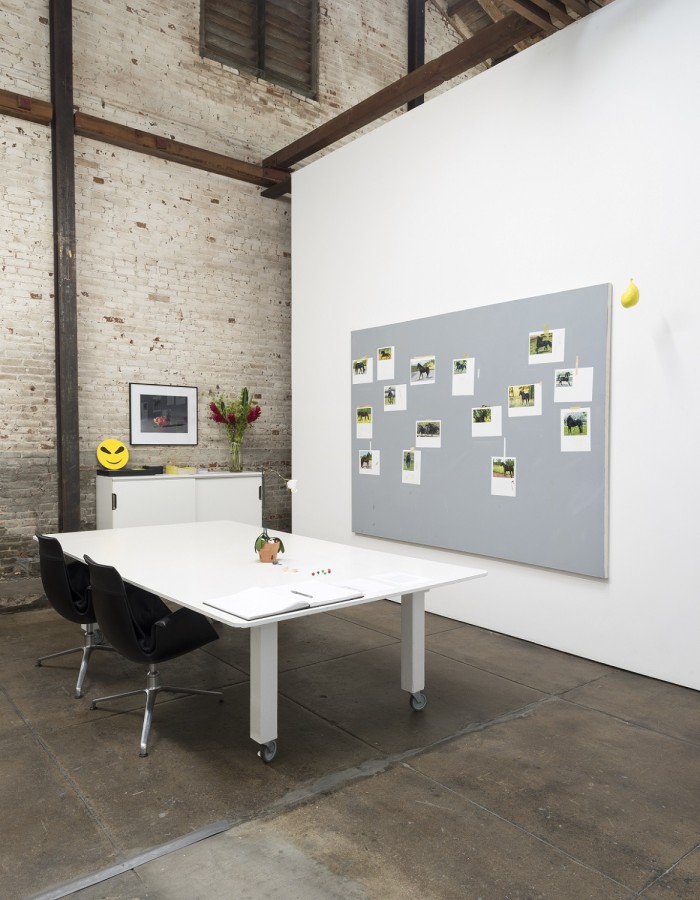 Ibid. is pleased to present a solo show with Viennese painter Alex Ruthner entitled Temptation. This will be the artist’s first solo exhibition in America.

Alex Ruthner makes paintings that demonstrate an interest in composition and form, and dexterity with classic materials. Style and genre overlap while the representational and the abstract converge, as seen in the two bodies of work the artist has created. While both relate to the title of the exhibition, Temptation, which is borrowed from the name of a New Order song, two of the paintings in the first gallery reflect the muted hues and architectural elements which were inspired by the Manchester club, Hacienda, founded by the band. Although many components of the paintings in this gallery are at first glance abstract, they are in fact laden with representational symbols that often connect one canvas to the next. Ruthner draws from elements from interior design and lifestyle magazines, moments from films such as Nicolas Roeg’s “Don’t Look Now,” art historical painting, religious relics, cosmetics, nature, tattoo culture, book binding, Venetian blinds, the rapper Falco, storytelling traditions, Netflix, Peter Doig’s Studio Film Club, a sculpture by Albert Oehlen, color theory, action painting and youthful angst, hope and disappointment. For Ruthner, these paintings work like a screen where one has a certain background on which he can arrange apps, moving them around to prioritize the more important ones.

In Ruthner’s series of grass paintings, he extends this theme, noting the scenes in the movie Trainspotting where the urban misfits go to the countryside to escape, only to find themselves bored and their dreams shattered. Ruthner idealizes the non-existent counterworld of nature by depicting an often muddy and foggy meadow, completely saturated in plant life and reminiscent of landscape or dark impressionistic painting. The starting points for these large-scale canvases are Pre-Raphaelite paintings as well as Austrian ornamental and decorative paintings such as those of Gustav Klimt and Friedensreich Hundertwasser. Their playfulness and comic quality are influenced by the work of Danish artist Per Kirkeby. Moreover, this series depicts what for Ruthner is an obvious subject in painting; ubiquitous, nature becomes a worthy subject of painting. However, since they lack a horizon or perspective, Ruthner would not call them landscapes but rather they are more thought of as moments, such as that in The Lord of the Rings when one puts the ring on he’s in the shadow world or when one is walking in the woods, see leaves on the ground and allows his field of vision to be saturated by that instance.

Alex Ruthner was born in Vienna in 1982. He studied fine at the Academy of Fine Arts in Düsseldorf under Albert Oehlen and at the Academy of Fine Arts, Vienna under Peter Kogler and Daniel Richter. Recent shows include Fix, Millbank, London, Unreliable imitation of life, Ibid, London, Kunstbureau, Vienna; Nature of Speed, Gallery Exit, Hong Kong; Parallel, Vienna and Brucennial, New York.