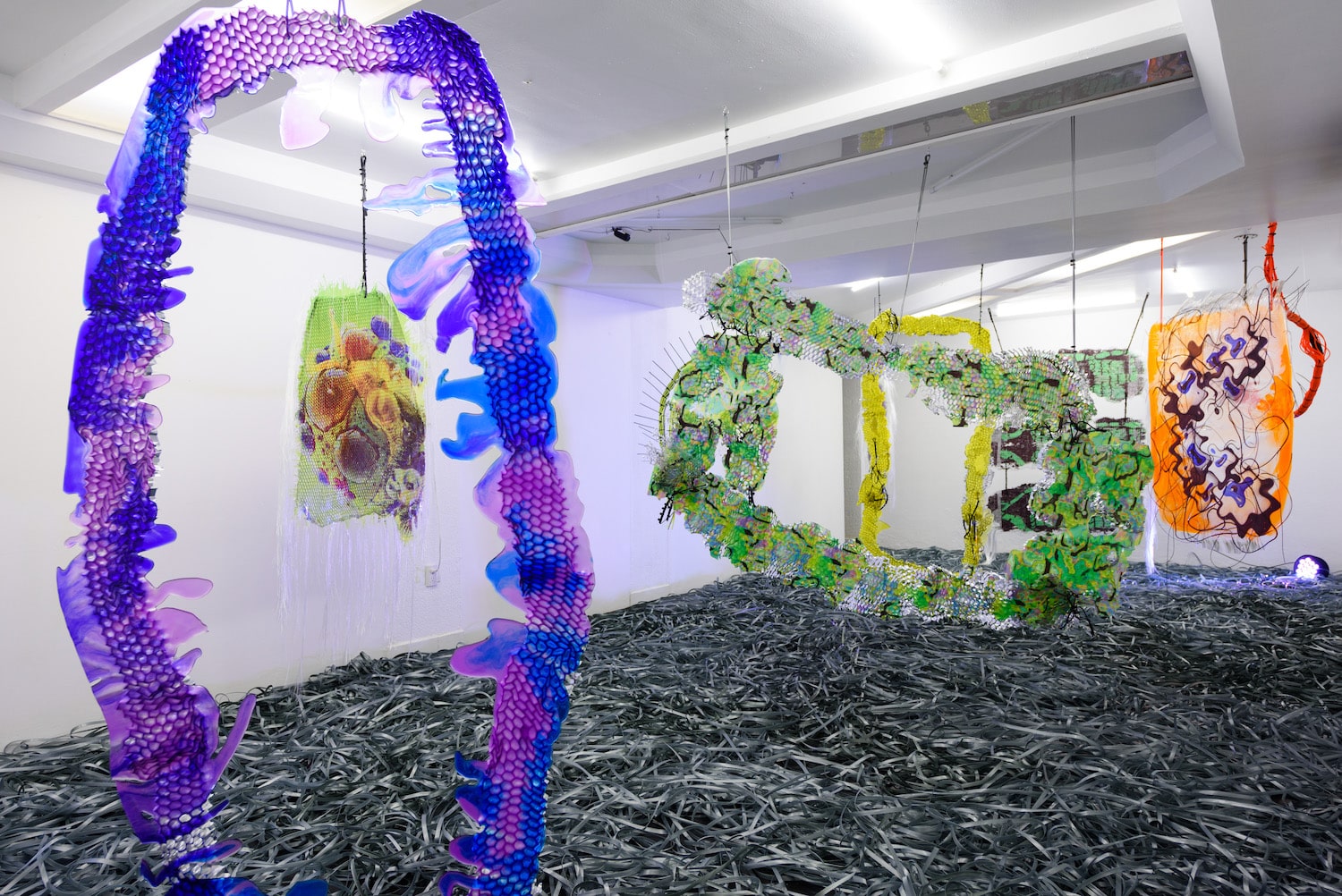 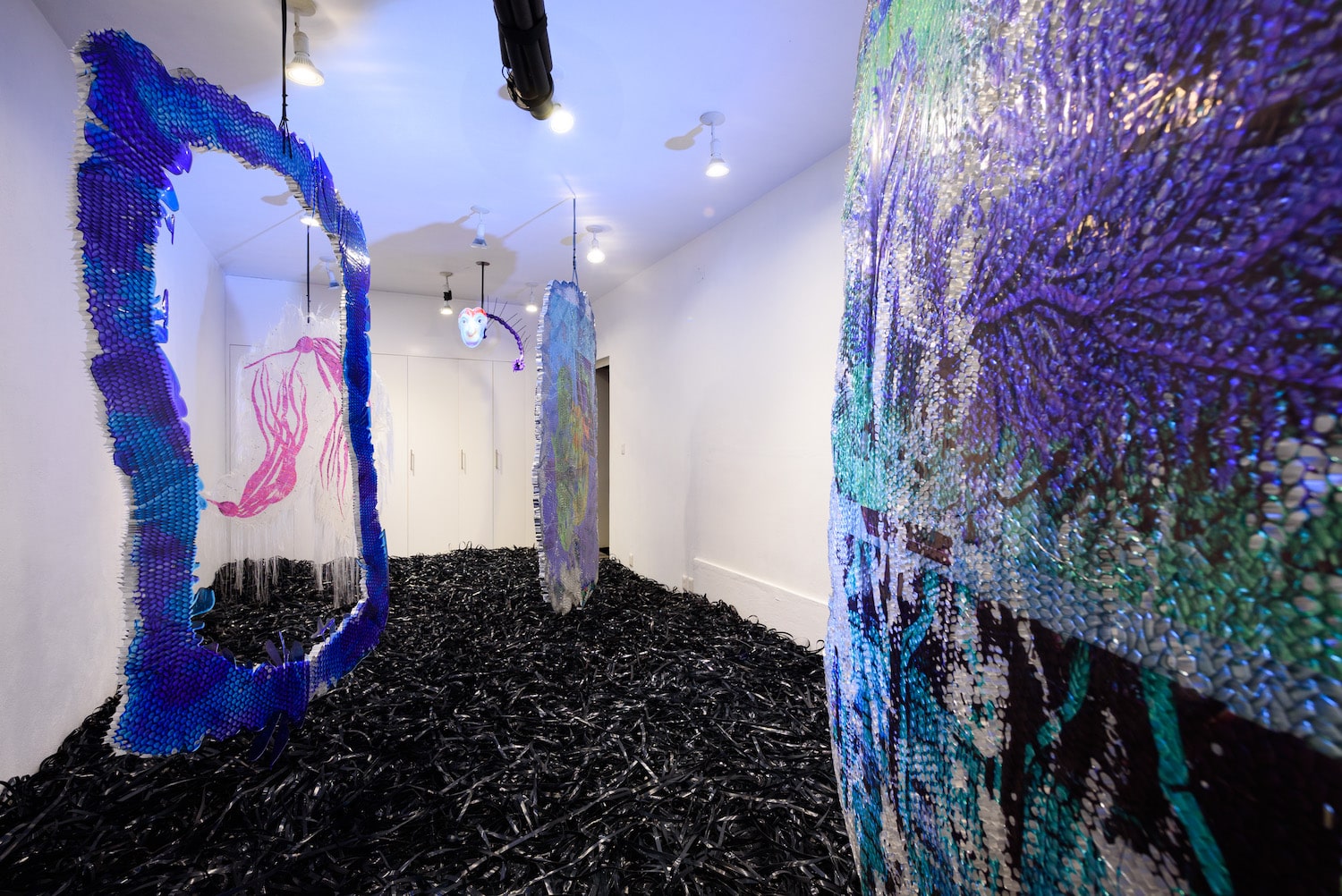 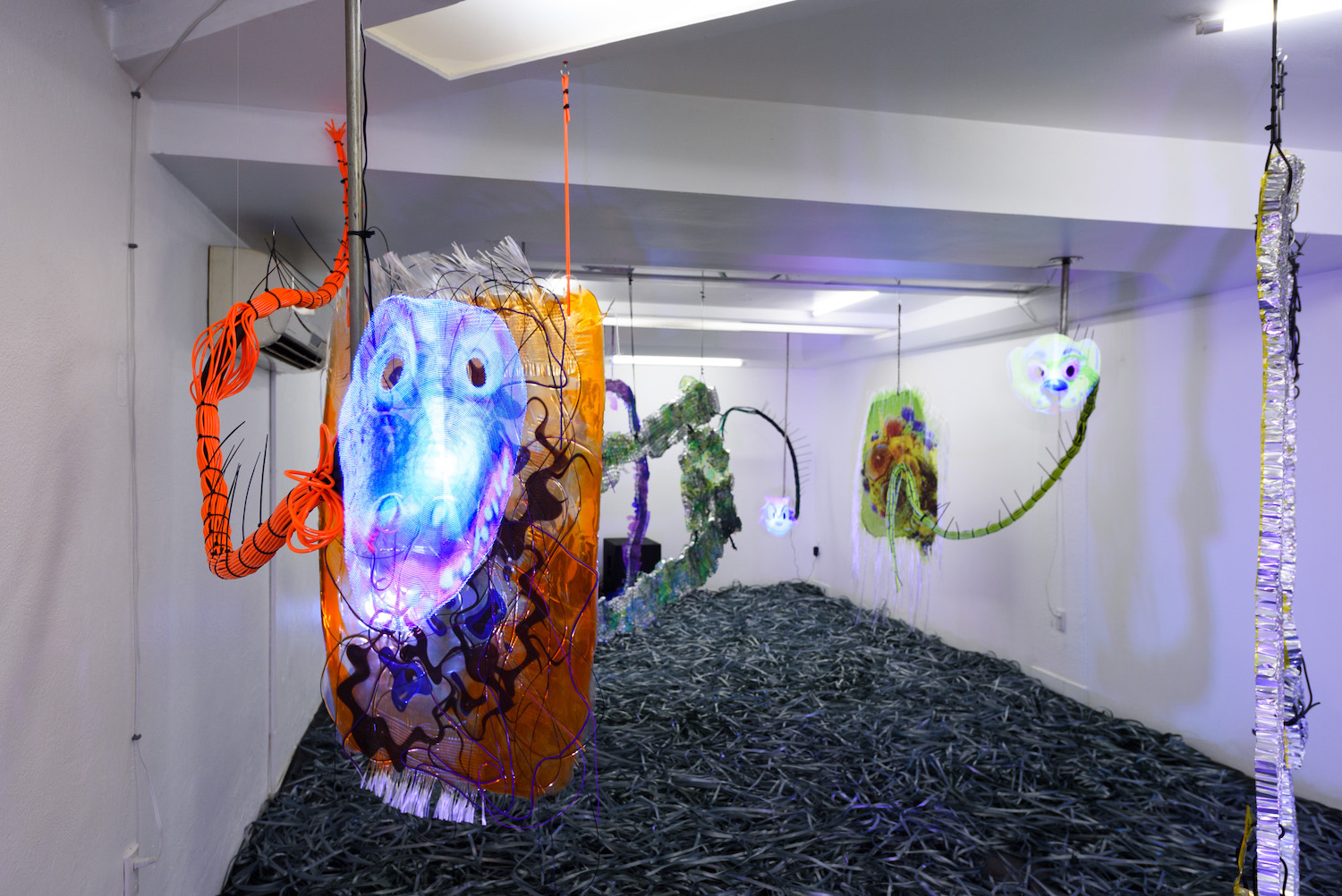 Encore and La Trinidad presented an alpha version of Estrid Lutz and David Broner’s STREAM WEAVERS universe. As in any iteration process, alpha means the very first embodiment. The original starting point of a project always in becoming, designed to deploy itself overtime with no clear boundaries.

The very different backgrounds of the two artists has been a catalyst of how the show originated: opposed to Lutz’s very raw material oriented practice is Broner’s virtual design roots. Their natural complementarity around their common themes and obsessions made them come to a realization—they needed to weave their universes together.

We could call the universe they are creating a techcomposite material world—high tech, low tech, actual and virtual objects are mixed, or weaved, together. Influenced by the aesthetics of server centers and spiritual idols of fantasy worlds (and of pop culture), it seems like they are trying to show us both the two sides of the coin of reality at the same time. There is no hierarchy anymore, the behind-the-scenes is as important as the scene it self. The fabric is the object. Deconstructing a world becomes as fundamental as his construction.

On one side, aluminium honeycomb, glass wires, epoxy resin, Mexican plastic wires and phosphorescent pigments are among the material vocabulary of Lutz’s virtual landscapes artifacts. Her floating matter reminds us those of asteroids and galaxies—either objects lost in the deep space or portals to new worlds.

On the other side, holographic faces are the soul of David’s idols, constituted by 5 Weavers’s virtual spirits and supported by tube-alien bodies. The direct references to famous movie and video game faces (Avatar, Sonic…) makes it clear: we are immersed in a real-time adventure, the kind of those that looks like a weird dream and connect us back to our childhood.

Finally, this synchronous universe wouldn’t be as impactful without Lao’s aggressive jungle beats, adding the final piece of this exhibition conceived as an immersive experience.