So close, far away 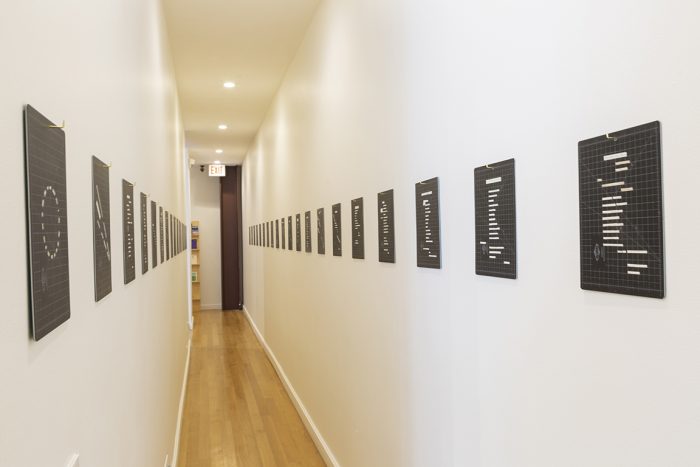 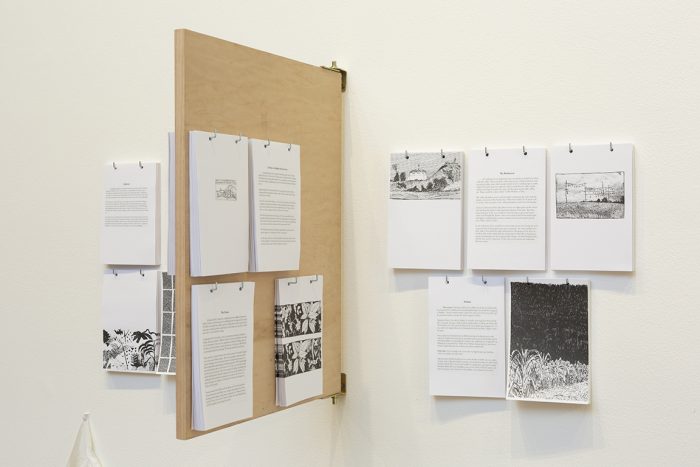 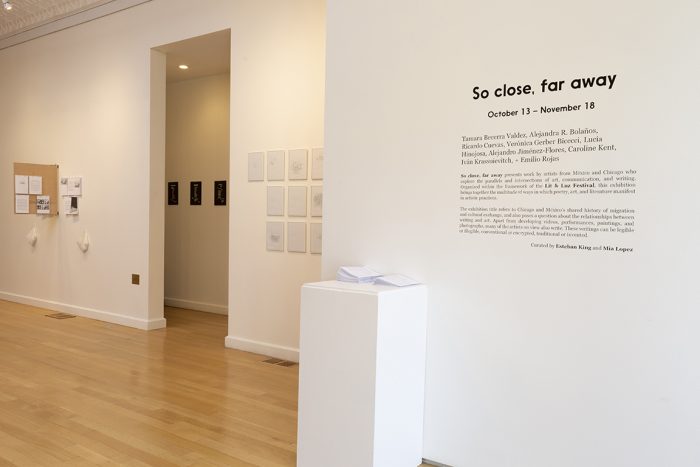 This exhibition presents work by a group of artists from Mexico and Chicago who explore the parallels and intersections between art, communication and writing. Organized within the framework of the Lit and Luz Festival, So close, far away brings together a multitude of ways in which poetry, art, and literature manifest in artistic practices.

The title of the show refers to Chicago and México’s shared history of migration and cultural exchange, and also poses a question about the relationships between writing and art. How close or far apart are these two distinct mediums?

Apart from developing videos, performances, paintings or photographs, many of the artists of this show also write. These writings can be legible or illegible, conventional or encrypted, traditional or invented. So close, far away examines the meeting of artist and writer, and the polemic of text vs. image, intentionally obscuring boundaries between disciplines.

Some of the works in this show create an interplay between both the visual and literary realms. In others, images functions as texts and texts functions as images; and, even further, some of them question the fundamental idea that image and texts are separated worlds.

Rather than perpetuate tropes or trends, or attempt to arrive at a definitive resolution, we seek to provide a platform for both the consideration and the formation of new strategies and approaches. How can these visual and literary ways of communication operate? Are they always separated one from another? Where is the limit or the point of encounter between them? The artists in this exhibition address these inquiries, as well as point to further areas for interrogation.

With this dialogue, So close, far away seeks to account for the similarities and differences between the concerns and methods of working by artists in Mexico and Chicago. In an era marked by the rise of nationalism and cultural intolerance, establishing links between the work of emerging artists who have focused on contemporary artistic creation feels crucial. Echoing the student demonstrations that occurred in different parts of the world exactly 50 years ago, we are convinced that poetry and imagination are the first step to break with the established order and begin to conceive of a different kind of world.