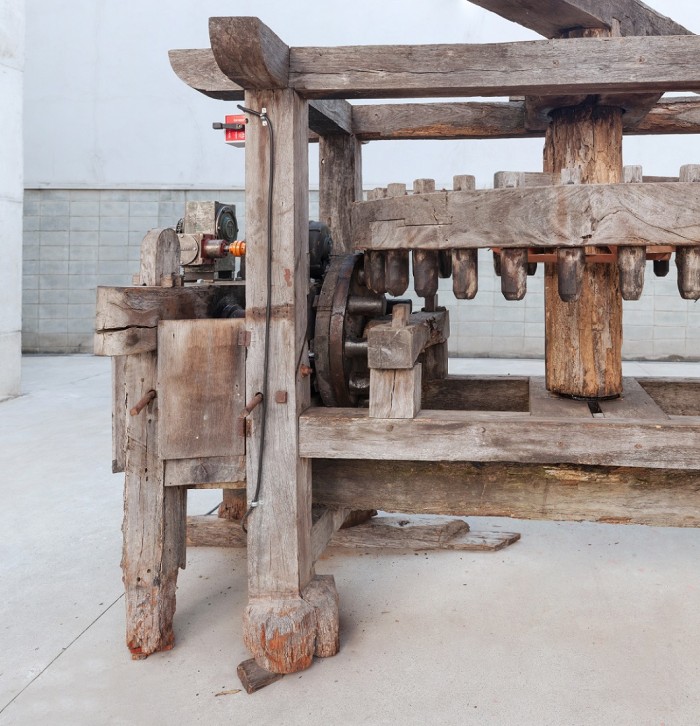 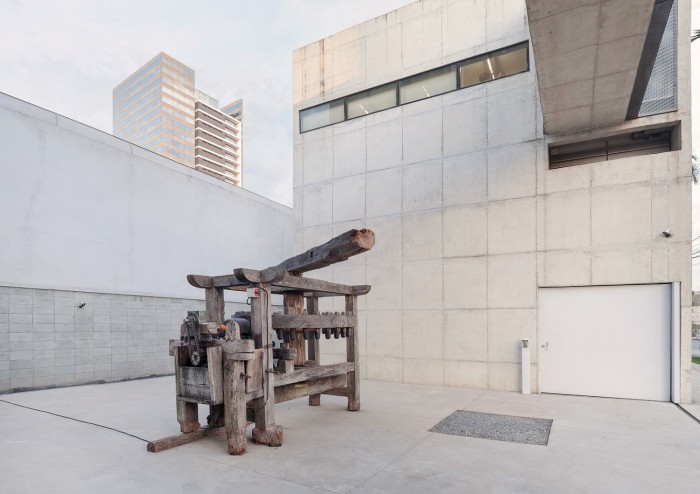 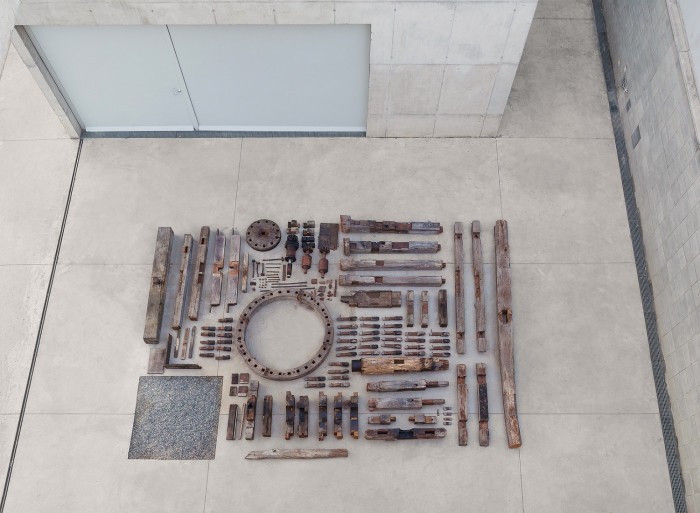 Galeria Leme presents the fourth site-specific commissioned for SITU, curated by Bruno de Almeida, giving continuity to a broader research on ways of thinking and discussing the production of (urban) space through a dialogue between art, architecture and city.

SITU invites Brazilian artist Beto Shwafaty to devise a work that results from a reflection on the urban context understood as a broad physical-social matrix, and that simultaneously relates to the exterior of the gallery’s building and to the adjacent public space.

Shwafaty’s project is based on a historical and geographical research about the region where the gallery is located, the district of Butantã in São Paulo. While delving into the colonial past of the site the artist notes that, in the seventeenth century, São Paulo’s first sugar cane mill was created there (in what was then called Ubatatá farm), a device used to grind sugarcane, which was moved by human or animal traction.

Although it seems like a minor historical fact for the formation of the city, the truth is that these devices were more than mere instruments for the exploitation of colonial lands. They were part of one of the first and most important colonial “industries”, responsible for the formation of a specific set of social relations that established a socio-spatial hierarchy, whose echoes are still felt today. Among the most important factors for this type of shaping of the nation is the expansion and rooting of the land property model of monoculture applied to the exploitation of sugarcane, where large portions of land are deposited in the hands of a few individuals who become owners of all that which is in them. This fact is historically linked to the prevention of the formation of other intermediate classes that were not linked to the agricultural production and to the plantation’s owner, which favoured the consolidation of an enslaved social base.

This specific type of relationship between power and land ownership precedes what would be the structuring model of the Brazilian territory over the past 200 years. Which, still today, is expressed by a late urbanization loaded with many disorders arising from a patriarchal and patrimonial society whose political, economic and social powers are concentrated in the hands of a minor elite.

For his installation, Beto Shwafaty takes hold of an original wooden sugar mill, using it to structure the entire project, both materially and conceptually. With this piece the artist occupies the gallery’s courtyard and engenders an installation that is transformed in successive moments. First, the mill will be exposed with a constant movement powered by an electric motor that the artist juxtaposes to the ancient piece. Although this movement is unproductive since the engine is not grinding sugarcane. Throughout the exhibition, this device will be gradually dismantled in all its parts, which will then be catalogued and rearranged, in order to be rearranged and re-signified. Finally, the pieces will be removed from the space, which will then be immaterially occupied by a soundtrack that carries the memory of the processes connected to that object.

By bringing this type of colonial engine back to the neighbourhood where it first appeared, the artist voluntarily creates a collision between two different historical epochs. And what could be just regarded as an operation of rescuing an historical fact of the city, becomes a process of displacement, dematerialization and disappearance. This colonial piece, a proto-industrial device, becomes an artefact, so as to vanish during the exhibition, evoking the same erasure and disappearance processes that permeate the spatial development of cities as well as the very history of urbanism, as also the economies and cultures that inform it. With these successive actions, Beto Shwafaty ponders upon the notion of “heritage” that occurs in parallel to the imminent obliteration of certain historical buildings, cultures, information and societies. The work provides, in the end, a space for reflection that makes possible to question whether the modernization project in Brazil effectively meant a rupture with its colonial past, or if, in fact, it is just the continuity of a colonizing process, with a repressed logic that still persists in many contexts.