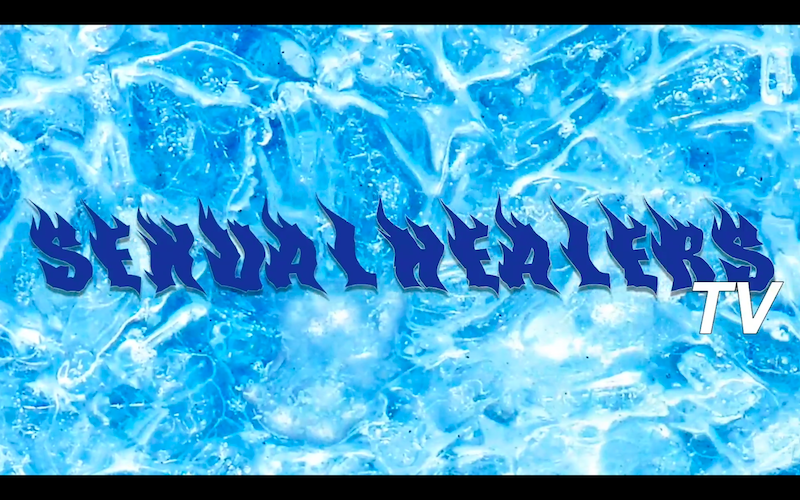 2020, HD video, 54:47
Video available until June 9
More information about the artist on their website.

2021, HD video, 15:00
This video is on rental through Vimeo On Demand. As part of the artwork’s concept, 30% of the rental fee belongs to the performer Erik.

If abridging racial and gendered slurs has served the ethical repurposing of historically violent language, subverting derogatory colloquialisms by endowing them with the same semantic surplus habitually used to cement class hierarchies can be an equally effective political device. Such was the thinking behind the self-avowed thotscholar’s tentative coinage of the fourth-wave-feminist notion of proheauxism: “derived from the more colloquial pro-hoe. (Spelling altered to reflect difference & refinement.) Black or brown womanists—women and femme, cis or trans—who are pro-sex and/or are sex workers and support sex worker rights. Committed to collective and personal empowerment, not just sexually, but through economic security sans judgment of the means. Radically thotty, and proud of it.” A premise shared by artist Will Fredo and foregrounded by their project titled Sexual Healers TV, launched at Mouches Volantes in Cologne, Germany, in 2020.

Grammatical language, however, is only the scaffold upon which the suffocating semantics of (Eurocentric) contemporary visual representation can assert hegemonic authority. Alongside the advent of camming, OnlyFans and the proliferation of fourth-wave feminist polemics surrounding the complicated (or, perhaps, promising) cross-pollination of intersectional body politics, sex work, and technology, Fredo’s four-channel video installation suggests that discourse and social change are panting, trying to keep up with the digital fury they have, for better or for worse, fallen prey to. Combining sociological research, fiction, humor with an ambiguously ciné-vérité aesthetic, Sexual Healers TV asks: what does, can, and should democratised, dignified sex work look like in a post-woke age of digital capitalism?

One of the reasons for creating Sexual Healers TV (SHTV) was that I wanted to create a “post-pornographic” place, as described by the artist Wink van Kempen,[1] that is, featuring audiovisual content with pornographic elements and a political, critical and humorous aim. But without excluding the masturbatory and not falling into institutional notions of respectability. That’s why it was crucial for me to also create adult content for the platform, featuring myself in it. This porn video of sorts is by far not your usual 15-min masturbatory session material as it comes with spoken word and graphics that engage with a breadth of related topics from the Napoleon moral code that shaped colonial laws across the world, to Alejandra, an HIV-positive trans sex worker in Colombia who died after being refused medical assistance.

Much like the art industry, the sex industry is highly unregulated meaning that often sex workers have to follow rules imposed by big corporations.

For instance, in March 2021 OnlyFans decided to ban scenes with outdoor sex. This not only is nonsensical because there is no overarching law that forbids it but it’s an arbitrary moralist decision that users have no say on. And so it’s a form of Silicon Valley dictating society’s moral campus, further stigmatizing certain groups of people.

While on tour we also had the chance to discuss other forms of moralism but within the sex industry itself. At one point Leo was offered to shoot with a well-known Barcelona porn studio that told Leo he could only shoot with them if he didn’t make a fecal mess, among other demands. We were astonished by this but instead of being outraged, we discussed reasons as to where that sort of attitude may come from. One can easily think of patriarchy and internalized homophobia but I found it also relevant to think about the anus as the first privatized organ, placed outside the social field, the one that served as a model for all subsequent privatization while money expresses new states of abstraction of flows, as Deleuze and Guattari pointed.

The rewind button, Facebook, VR, hologram, platforms, are some of the examples of how sex and pornography are responsible for many technological developments. However, there are two key social elements that do not develop at the same rate: laws (such as labor rights) and social change (such as personal freedoms). This results in a huge set of material and immaterial acts of violence, and of course much injustice. As Paul B. Preciado explains, “pornography with its closed-circuit excitement-capital-frustration-excitement-capital, offers the key to understanding any other type of post-Fordist cultural production.”[2] I believe that this is important not only to reveal connections between the sex industry with other industries, in terms of labor and capital accumulation but also to analyze the evolution of techno-patriarchal capitalism and its reproduction and infiltration in the latest technologies and platforms.

Leo has used platforms to create his business and persona. In episode #2 of SHTV, he tells me that these platforms have opened doors to many and have democratized desire to a certain extent. This is all true as technology has a great potential to create opportunities for those who wouldn’t previously have. However, one thing that Leo and SHTV are trying to do is remain critical of these so-called “opportunities” because these same technologies and platforms can cost a high price, not only in terms of fees but the types of liberties granted and type of features that can still exclude others such as credit card-only payments. Sascha Lobo explains this further by clarifying that “middlemen are more powerful than ever. They are merely disguised as platforms. While traditionally middlemen were traders, platforms are a kind of meta-trader: they control the points of access and processes of an entire business model. Platforms don’t want to be the best in the game – they want to write the rules of the game. They are economic ecosystems that earn money by enabling third parties to earn money.”[3]

This has led me and Leo to think more critically about the platforms we are using to disseminate our various outputs. We will definitely change some ways in which we work. In the end, it’s about being aware of the negotiation between using technology and being used by it.

Through this section, monthly, we invite agents of the artistic system to share a selection of images related to their practice or current interests. Images are published daily in the header of our website and shared through our Instagram profile. At the end of the month, the complete selection of images is published together with a text that contextualizes them. Here is the selection for July 2021.