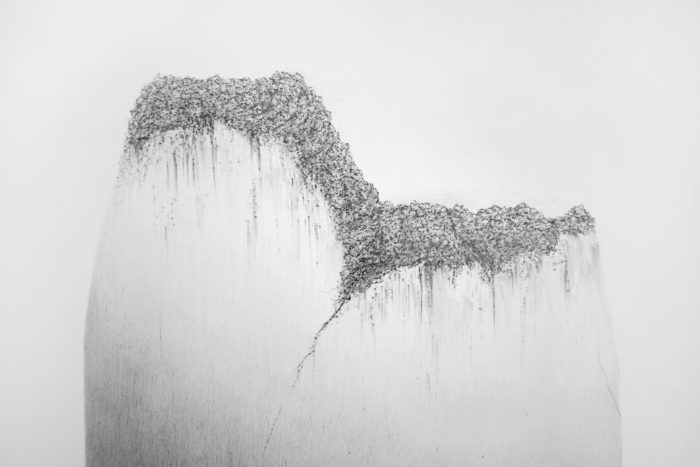 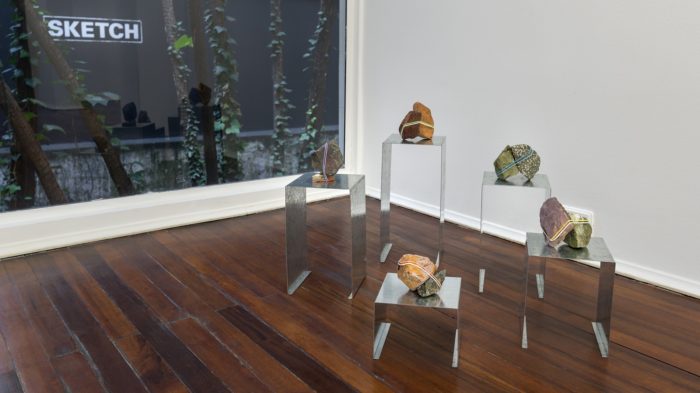 “The brightness and luminosity of the stone seemingly due to the grace of the sun, however, they make the light of day show, the breadth of the sky, the gloom of the night.”

Martin Heidegger, The Origin of the Work of Art

Earth, through all its possible synonyms, is the word chosen by Samuel Lasso to title this exhibition. As a mother-word, and as mother-earth that it also is, it encompasses a broad meaning from tiny particles of clay to the extended meaning when it is ground or terrain. In like manner, the word in question also applies to humanity when it refers to human settlements or culture, arriving finally at a maximum expression like world or universe.

No doubt this artist approaches earth, in all its accepted meanings, because earth is used as both the chosen material and the concept for his work. He chooses and explores it in order to understand and transform it. He walks on it in order to later investigate it; an exploratory act to also look at the sky and the landscape in the same way. To gaze at himself and above all, to mark the ground, which is not the same as marking a territory.

On this journey, Lasso takes us through more than sixty municipalities in the department of Nariño in Colombia, which is also his native soil. He seeks a new route and also the one that leads him to back his own origins. A path in which he seeks the material for his work, within a time frame of revision and reunion with a land that is perceived, in every sense, as real and possible. This leads to a return to his own origins and also to alien ones; to a primordial genesis that, like a biblical dust cloud, is the stuff of myths and legends.

In this artistic expedition of infinite regression, Lasso collects materials as one who harvests the ground: he focuses on certain stones, juxtaposes lands of different colors and climates, and captures images of skies. He works with the utmost respect of one who feels that the surface of the earth and its depths are living, conscious beings. Perhaps with an animistic spirit, or simply with nostalgia for a far-off childhood memory, he picks up rocks, clouds and slopes, in a Heideggerian sense in which to possess means also to be a steward.

For although Lasso’s work materializes in drawings, photos, maps, objects and other uncategorized formats; it always carries with it the initial action that informs it and that takes it back to a primitive and primordial phase. Is it because of this that in each one of his series he alters that which is seen at first sight? His soil samples, inside small three-dimensional plastic bags, looking like a large, detailed colored-pencil drawing. His charcoal drawings on paper become three-dimensional objects extracted from the curves of a mountain, tactile and fragrant. On the other hand, raw and intact stones reveal an expanded linearity on a continuous plane, canceling out the ornamental connotation that this organic object might have outside of its element or context.

To wander through this exhibition is like reading a travel diary where we reunite with the earth and its first inhabitants but in the here-and-now. A journey in which, thanks to the artist’s precious work, we enter a sort of latent archive that embraces the times, and that is no longer a metaphor. 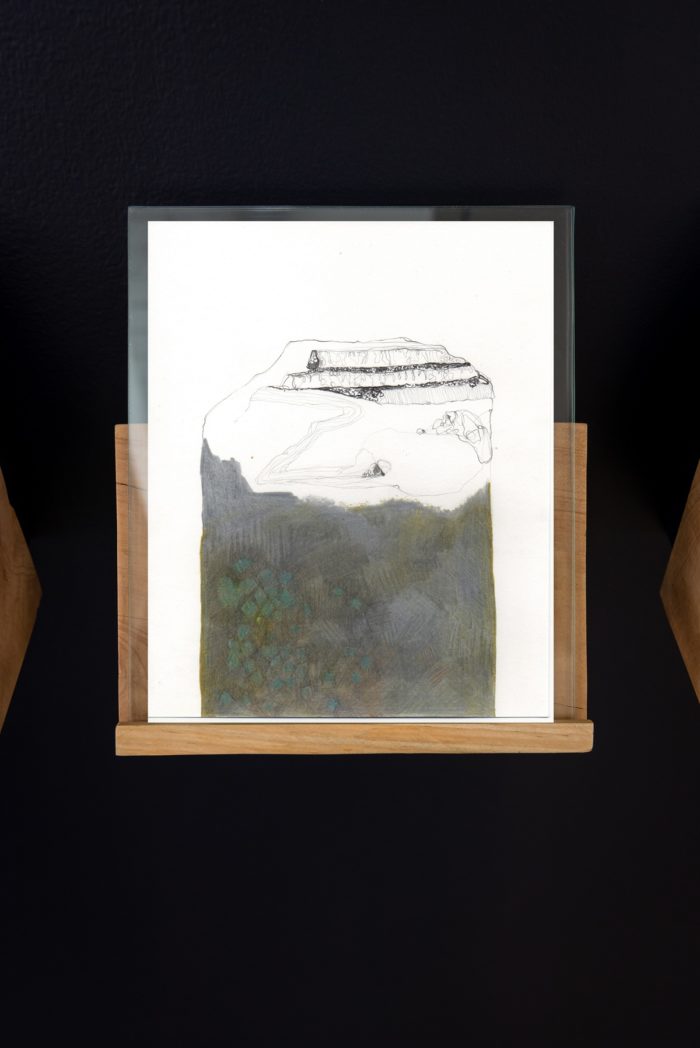 The imagination takes into account what we see, perceive, feel, what we decide and learn to believe, what we observe and the meanings that we arrive to in light of these concurrence of factors.

Thus Laboratorio de Montañas illustrates an imaginary mountain, inspired by the observation of two real life mountain ranges: The Andes in Colombia and the Spanish Pyrenees; in these, Adriana Rosell explores these mountains characteristics, forms, folds, textures, colors, and layers.

After this visual exploration, some questions arise: ¿What is the essence of these territories? ¿How is the inside structure of the mountain like? To achieve this, real minerals were used as the mean and method of plastic experimentation in order to visually express the natural processes that occur below the surface of these geological  structures and the crust and mantle of the Earth.

Adriana Rosell re-interprets the visible forms of the topography, formulating a unique visual approach to the internal morphology of the earth while also suggesting visibility to the imperceptible and inverted mountains in the valleys, those that are born in the crossroad between the mountains.