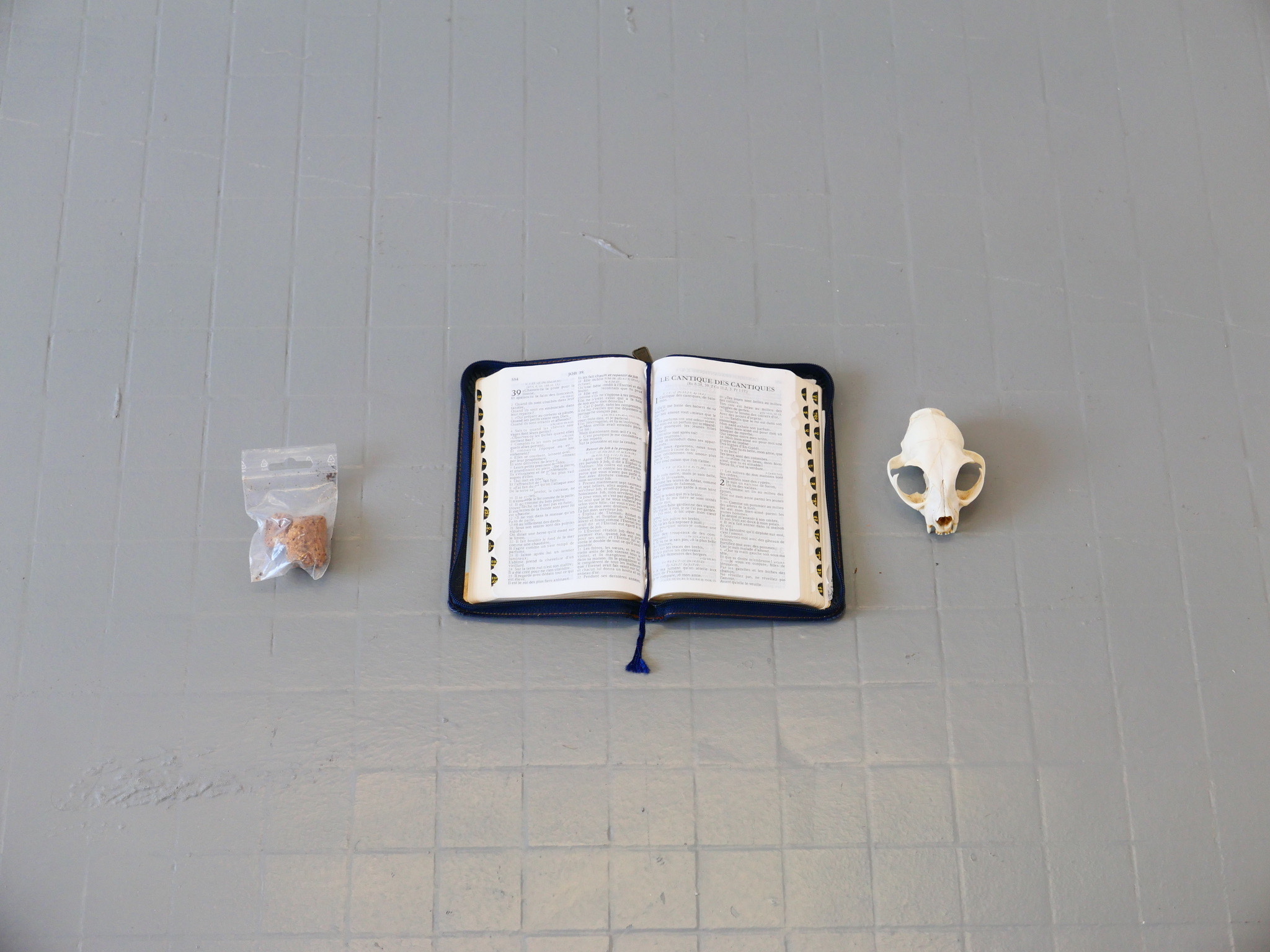 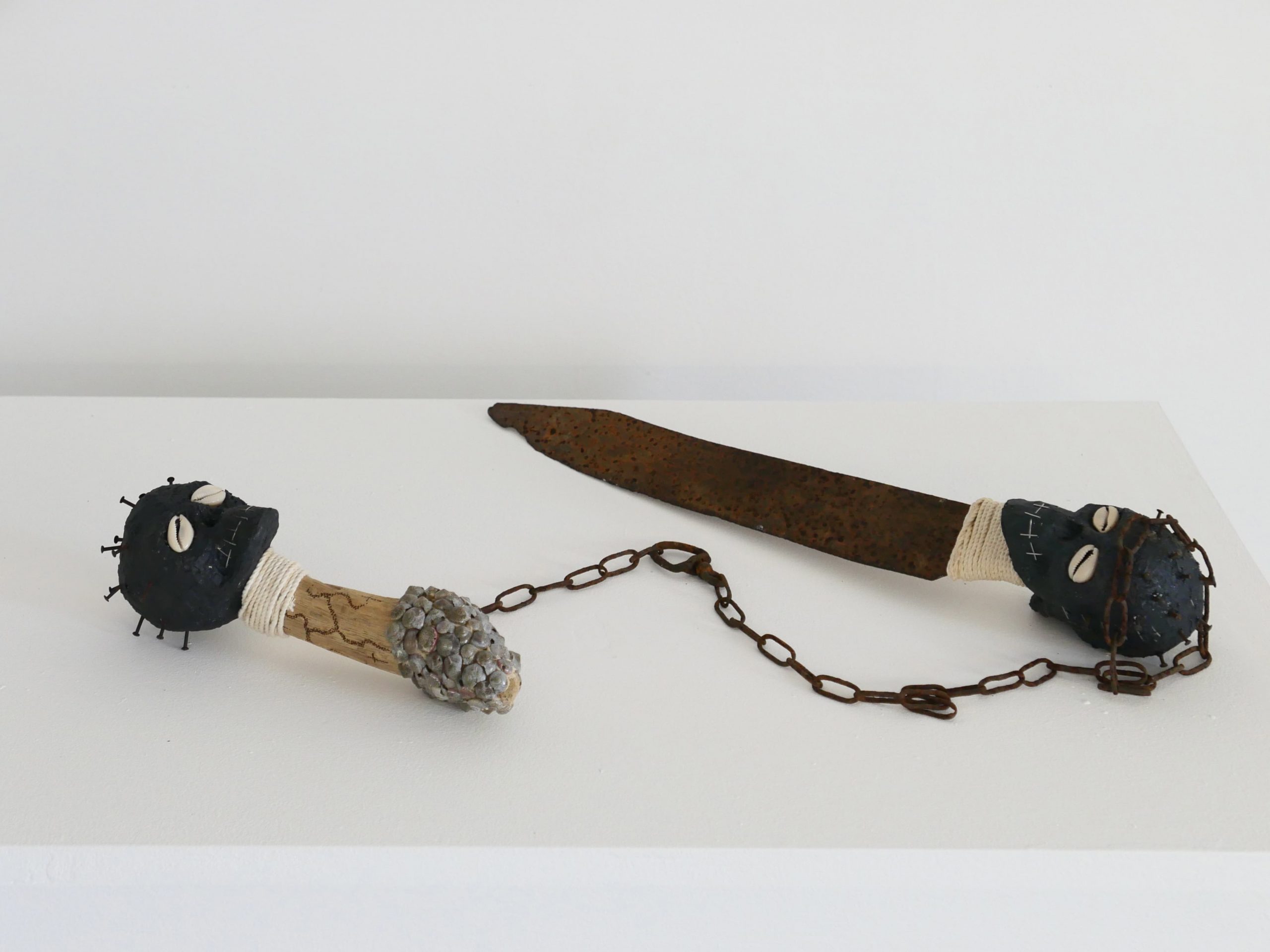 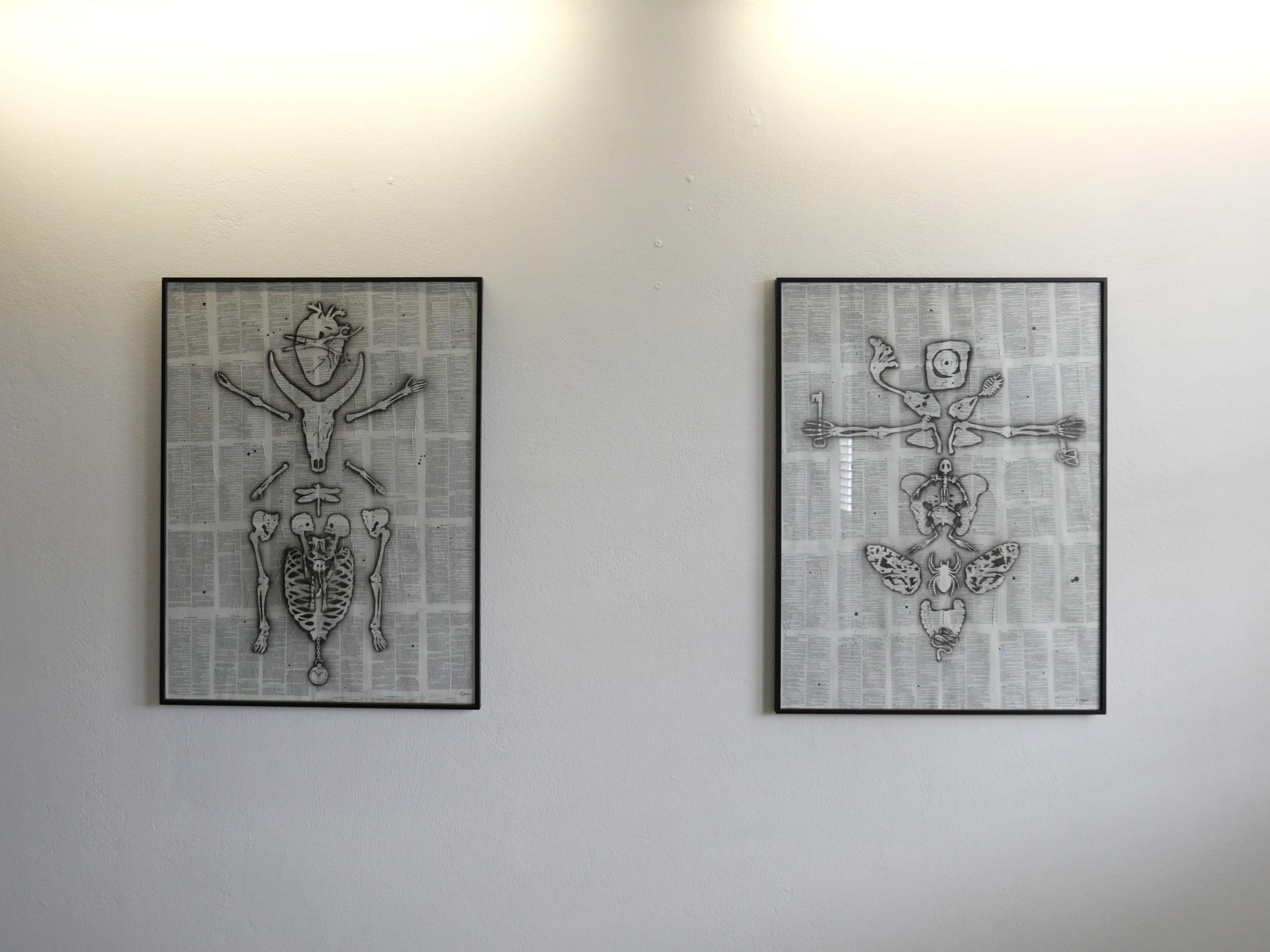 Provocative by nature, eternally angry, the Résilience exhibition represents for him maturity and renewal. Very critical of himself and the world in which he lives, he aims for a “de-colonial” approach to contemporary art in Martinique. Far from the “exoticism” to which he refuses to submit, black and white dominate in his practice. Perfectionist, he selects his own works.

Usually dissociated, the physical body and the psychic body, merge and coexist. Jérémie Priam confirms his relationship to death and destruction, while making them poetic and subtle. The symbolism of bones in his work comes into play to demonstrate resilience. He questions a possible liberation from all suffering, by accepting it rather than denying it. In this way, he promises a reconciliation with the history of our symbols, which he generously uses in his graphic productions. Résilience is born here from the acceptance of all spiritual movements. It is notably inspired by “Quimbois” in its etymological meaning “knowledge” (in Kikongo “kimbw”). By becoming “quimboiseur” through his practice, the artist becomes master of knowledge.