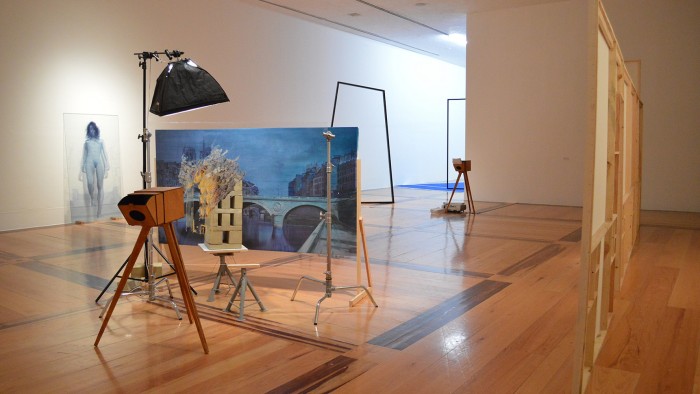 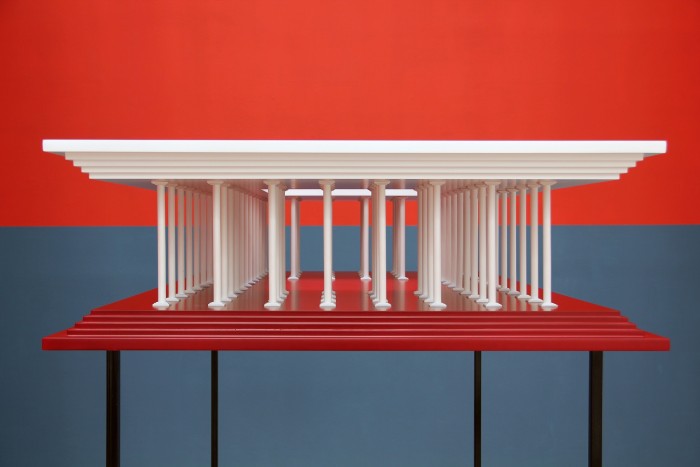 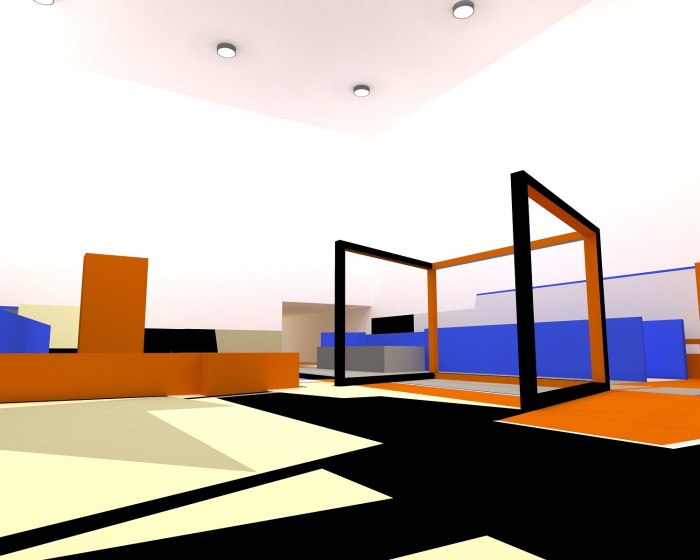 The Museo de Arte Contemporáneo de Monterrey presents a selection of the work of nine contemporary Mexican artists who explore the relationship between concepts of space and time in installations, objects, paintings and drawings.

The show underscores a renewed interest in specific questions that have existed in the domain of art since the first half of the twentieth century, questions that remain topical today: the study of movement, the validation of color, the function of form, the effect of light, the value of interdisciplinary work.

Gonzalo Ortega, exhibition curator, explains that while the modernists were determined to figure out space conceptually, aesthetically and formally, contemporary artists have focused on revealing the hidden networks that operate in social, psychological or urban spaces, resorting to different artistic solutions that include computer graphics and measuring techniques such as vectors and orders of magnitude.

The exhibition is conceived or designed as a series of project rooms. Each one of the galleries assigned to the nine artists is an enclosed space — a white cube. Thus, spectators are invited to walk through the project rooms and to eventually establish formal, thematic and conceptual analogies that might help them create bridges or relationships between the artists’ works.

Diego Pérez manufactures a series of objects – hybrids between furniture and scale model – that emphasize a phase of construction in progress. They are made with building materials, as cement and wood, and rocks extracted from quarries in Northeastern Mexico. The collision of natural with artificial, the modern dichotomy between untouched nature and the exploitation of its resources, between the enjoyment of the landscape and the vanity of human edifications and innovative construction techniques—all this underlies Diego Pérez’s artistic reflection.

Edgar Orlaineta bases much of his artistic research on the history of design, with a special emphasis on industrial design. The piece featured in Registro 04 is inspired in the life of the renowned American designer Alvin Lustig, who made a beautiful textile design based on hieroglyphics in the late 1940s. Orlaineta brings up one of the essential issues of current art practice: the relation between the artisanal and the industrial.

Raymundo Sesma’s new piece for Registro 04 forms part of a series of works he has done over the years, entitled Campo expandido [Expanded Field]. By performing an intervention on the walls and floors of a museum gallery using planes of color and three-dimensional shapes, Sesma seeks to generate a kind of heightened experience for spectators.

José León Cerrillo’s complex installation is based on structures that we as viewers can perceive alternatively as empty frames or as solid objects. Our confusion wanes when we begin to recognize the objects and become more aware of the lighting conditions inside the gallery. For León Cerrillo, this “unruliness” leads to the possibility of a poetic language that is implicitly liberating.

Sebastián Romo presents a loose reinterpretation of Le Chef d’oeuvre inconnu [The Unknown Masterpiece] by Honoré de Balzac. Using a semantic system to organize ideas, the artist translates the content of the original story into poetically evocative objects and elements that allow him to establish an emotional and rational link with viewers. Romo’s installation interrelates elements from diverse media in a kind of constellation that includes film sets, special effects and the use of props to suggest atmospheres and to construct situations.

Trained as a mathematician, Julia Carrillo experiments with different solutions that entail a scientific point of view. Carrillo gives us the opportunity to physically enter an enormous kaleidoscope, entitled Adhara. The installation creates an illusion of infinite space with the careful placement of four mirrors based on a precise geometric calculation. The title Adhara refers to the binary star of the same name in the constellation Canis Major. Binary stars are celestial bodies that interact as they orbit each other.

Sofía Táboas presents the project Inicio de paisaje [Beginning of Landscape], 2015, which involves repurposing a circular diagram used for fabricating an artificial flower. Táboas’s body of work has always been formally and conceptually linked to a questioning of the natural-artificial dichotomy. Her project here evinces her interest in plant life, though it focuses more closely on the construction (or invention) of a landscape.

This exhibition features the Jorge Méndez Blake’s project titled Volcan Ceboruco, 2012, based on the volcano of the same name located in the state of Nayarit, in whose surroundings ancient cultural vestiges have been found, the artist produces a series of pieces and documents that simulate a kind of archaeological discovery. It allows the introduction of a poetic statement, a virtual area between myth, fable and reality.

Fabiola Torres-Alzaga participates in this show with a piece entitled El espacio en medio [The Space in Between], 2011, which is essentially a maze of mirrors. In this space filled with reflections that confuse the visitor, our perception of depth is misleading. The lighting of the labyrinth’s confusing spaces sometimes lets us see through the mirrors, in such a way that our reflection merges with what is happening behind the pane in which we are looking. Viewers thus enter into a dialogue with the rest of the installation and with everything that happens inside it.

Following the exhibitions Registro 02. A Second Glance, 2009, which was a review of the work of young artists from northeastern Mexico, and Registro 03. Mirror/Reflection, 2012, which expands on the analysis of the frontier border between Mexico and the United States, Registro 04. Space Time is the third exhibition organized by MARCO as part of Registro, a project that promotes Mexican artists.