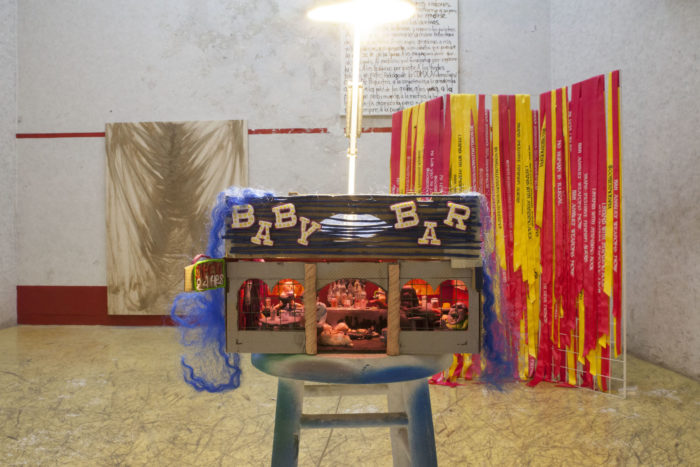 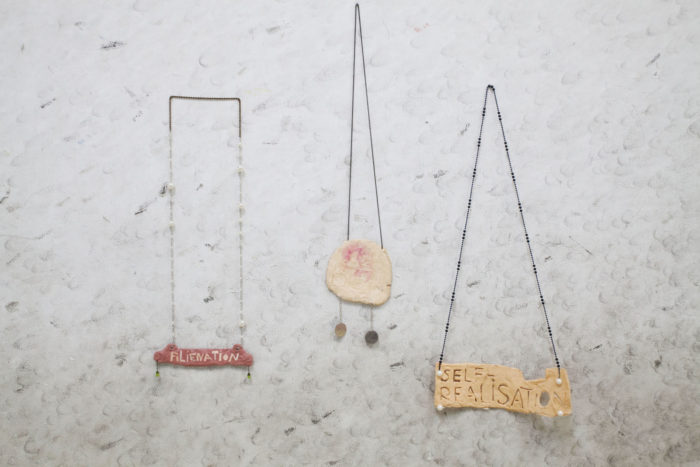 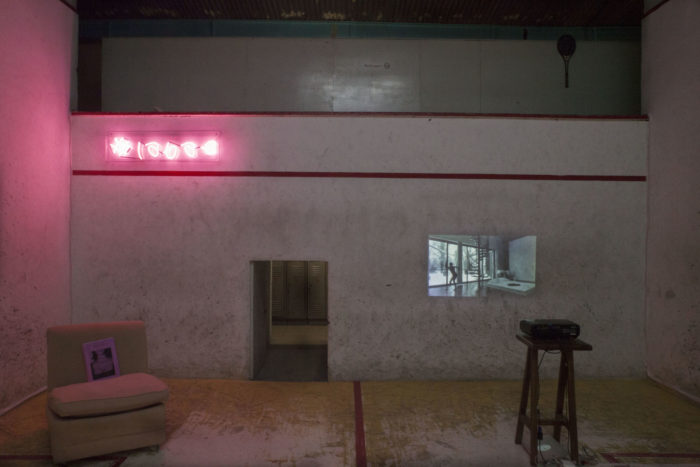 Regañando invites 13 Mexican and international artists who employ in their work a rhetoric of “scolding”, using sound, voice, and text, but also drawing, video, song, and performance, in order to develop a specific relationship with the viewer that oscillates between guilt and affection. Assuming the self-hatred generated by the cries and other sermons that are the necessary tools of feminism and activism in general, the show sets in motion both silent, meditative figures and voices that seek to communicate messages that we often do not want to hear—also in a political sense. Amplified by the space and the special acoustics of the squash court, the works suggest other hierarchies between the thundery and the mute, the scream and the whisper, the executioner, and the victim. The dynamic “cacophony” of the exhibition suggests the cohabitation of utterances and supplications as a possible open door to an improved collective political life—and perhaps also personal.

Dorothée Dupuis (1980, Paris) is a French curator, writer, and editor based in Mexico City since 2012. Founder and editor of Terremoto, and co-director of Petunia magazine, Dupuis is a dedicated feminist, her curatorial practice and writings seek to expose, question and challenge power structures in the eld of art. In Mexico, she has curated exhibitions and projects at Lodos (Mexico City), Parallel Oaxaca (Oaxaca), IFAL Casa de Francia (Mexico City) and PAOS (Guadalajara). She is a regular contributor of Frieze (UK), Flash Art (IT) and Crash (FR). In Mexico, her writing has appeared in Terremoto, Harper’s Bazaar, I-D, Vice, and ANIMAL.